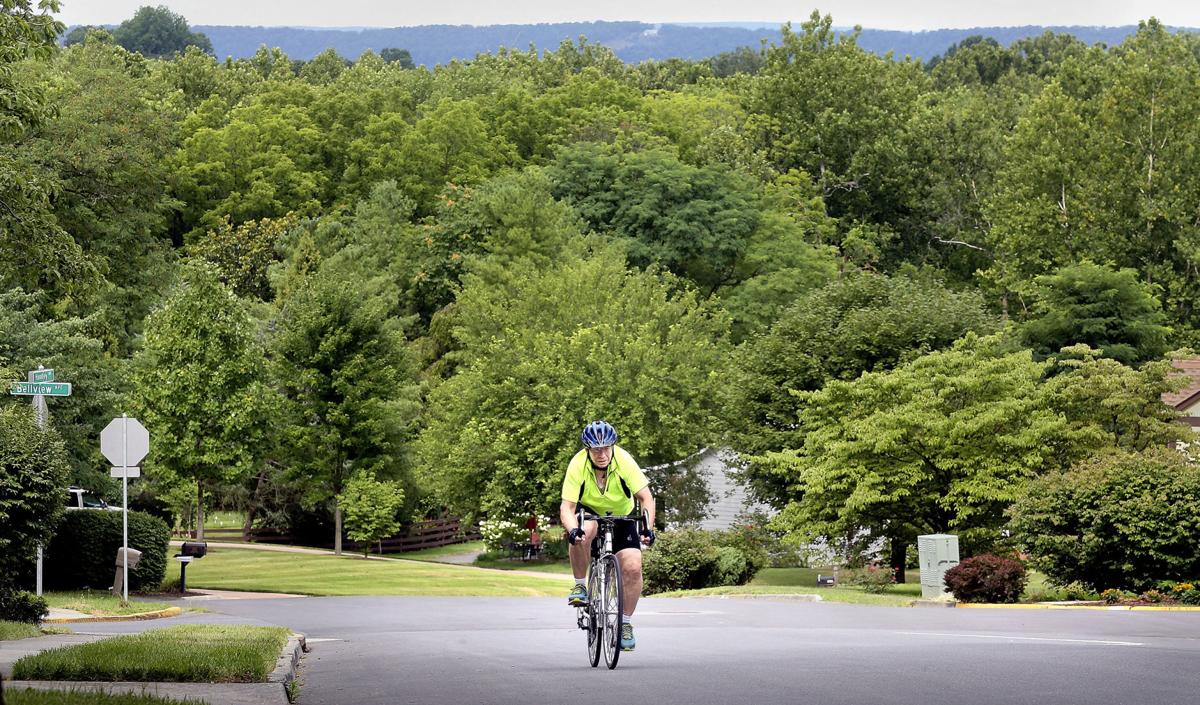 Jim Griffin, 60, of Winchester, rides his bicycle up a hill on Handley Avenue on Monday. Winchester is considering a bicycle-sharing program. 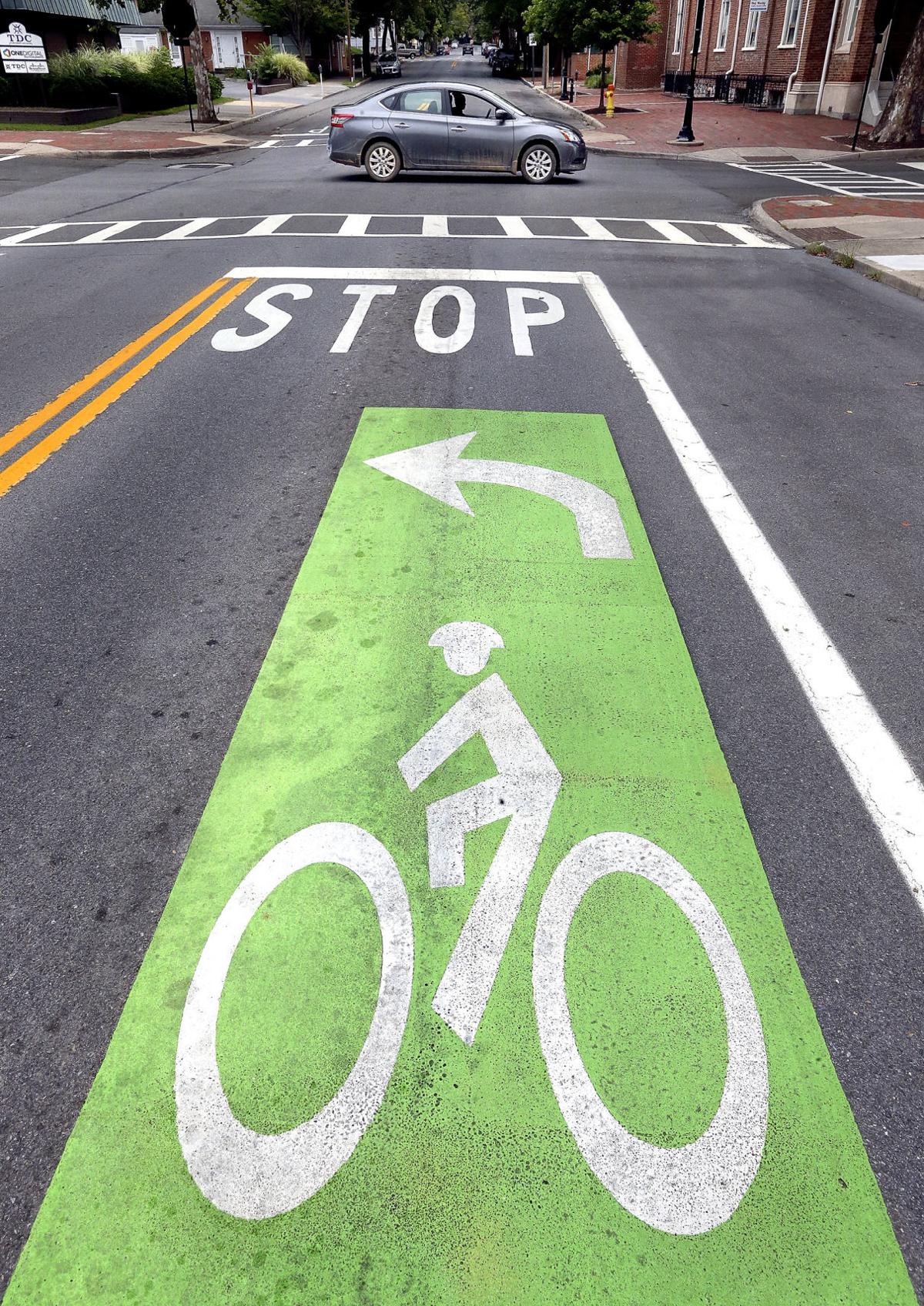 Jim Griffin, 60, of Winchester, rides his bicycle up a hill on Handley Avenue on Monday. Winchester is considering a bicycle-sharing program.

WINCHESTER — Timing is everything.

City Council last week received an overview of a study that looks at the pros and cons of bringing a bicycle-sharing program to Winchester. But the discussion came in the midst of a pandemic that city officials have said will lower tax collections and, for at least the next year, make it difficult to fund anything beyond the most essential services.

“I think it’s something we could work towards as a community, but I’m not sure it’s a Top 10 priority,” Councilor Corey Sullivan said.

The feasibility study for a bicycle-sharing program was commissioned by the Winchester-Frederick County Metropolitan Planning Organization (MPO), a regional transportation planning group that includes local, state and federal representatives. Information was compiled by EPR PC of Charlottesville, a private planning, design and engineering firm.

Will Cockrell, senior planner with EPR, explained that a bicycle-sharing program could be run by the city government, a private contractor or a mix of both. Customers would pay a fee to rent a bike for a limited period of time before returning it to a designated location.

Bicycle- and scooter-sharing programs have become common in America’s large cities. In Virginia, Cockrell said, programs have been implemented in some smaller cities as well, including Danville, Blacksburg and Roanoke.

“It could be a feasible program in Winchester if the city decides to move forward,” Cockrell said.

The city’s bicycles could be leased from a private vendor so maintenance, repairs and replacements would be included in the annual fee. Cockrell estimated that each bike would cost about $1,440 per year to lease, and the program would also require the city to purchase bike racks and information panels.

According to Cockrell, Winchester could launch its program with 30 bicycles, 53 racks and six information panels. The addition of a contingency fund would bring first-year costs to $80,355.

After five years, the program could grow to include 60 bicycles, Cockrell said. At that rate of usage, Winchester should anticipate replacing half of its bike racks and information signs every other year.

The city could reduce its annual operating expenses by seeking government grants and corporate sponsorships for the bicycle-sharing program.

“A good bicycle-sharing system has a diverse array of revenue streams,” Cockrell said.

Before Winchester adopts a bicycle-sharing program, Councilor Kim Herbstritt said it should make its streets safer for riders.

Mayor David Smith agreed: “Some of our roads aren’t even wide enough for cars and bikes to share.”

Some councilors asked if the city would be liable for customers who are injured or killed while riding a rented bicycle.

“If you put more bikes on the road, naturally there’s going to be more accidents,” Sullivan said. “This is a wish and a want, but not necessarily a need.”

While council is not currently willing to pursue a bicycle-sharing program, that doesn’t mean the idea won’t resurface at a later time.

“I do think there is an opportunity here if we can make it cost-effective and do it the right way,” Councilor John Willingham said.

If allowed, I can't wait to see the headaches of bikes on the Walking Mall...and then more laws, more education and more expenses. It is bad enough that many bike riders (ADULTS) don't obey the law and still use the pedestrian sidewalks.

"... Cockrell estimated that each bike would cost about $1,440 per year to lease, and the program would also require the city to purchase bike racks and information panels...." What kind of bikes are they getting that will cost that much to lease per year????!!!! That's INSANE!!!![scared]