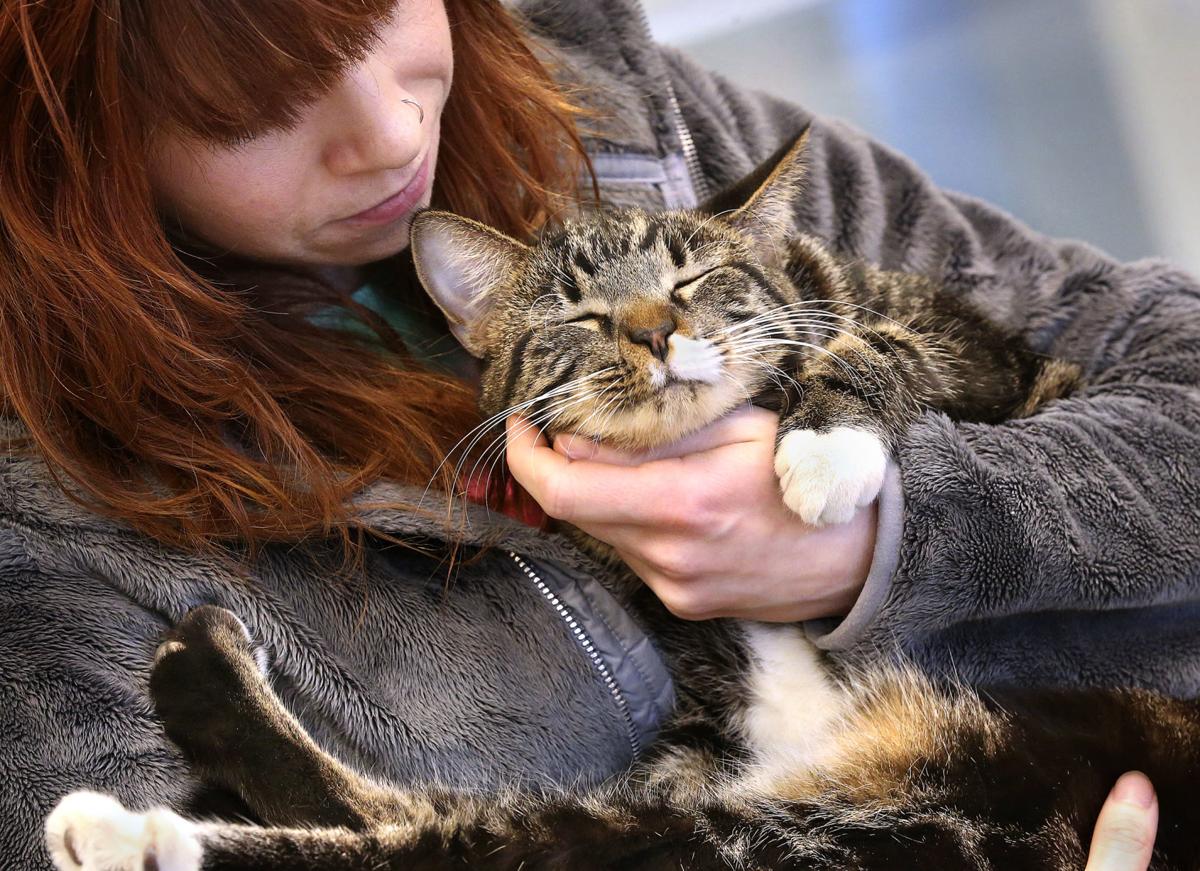 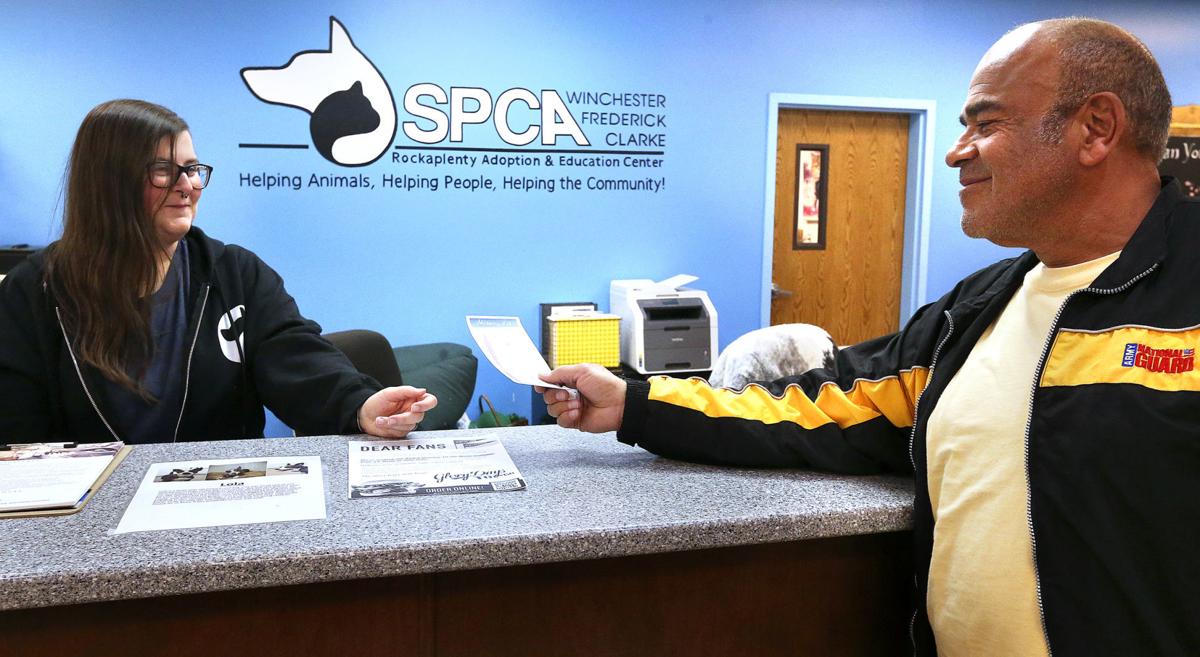 Retired Army Brig. Gen. Xavier Stewart, of Winchester, presents a $1,000 check to the Winchester SPCA on Monday after reading that animal shelters were in need of donations. Accepting the check at left is customer service representative Rosemary Guidry. 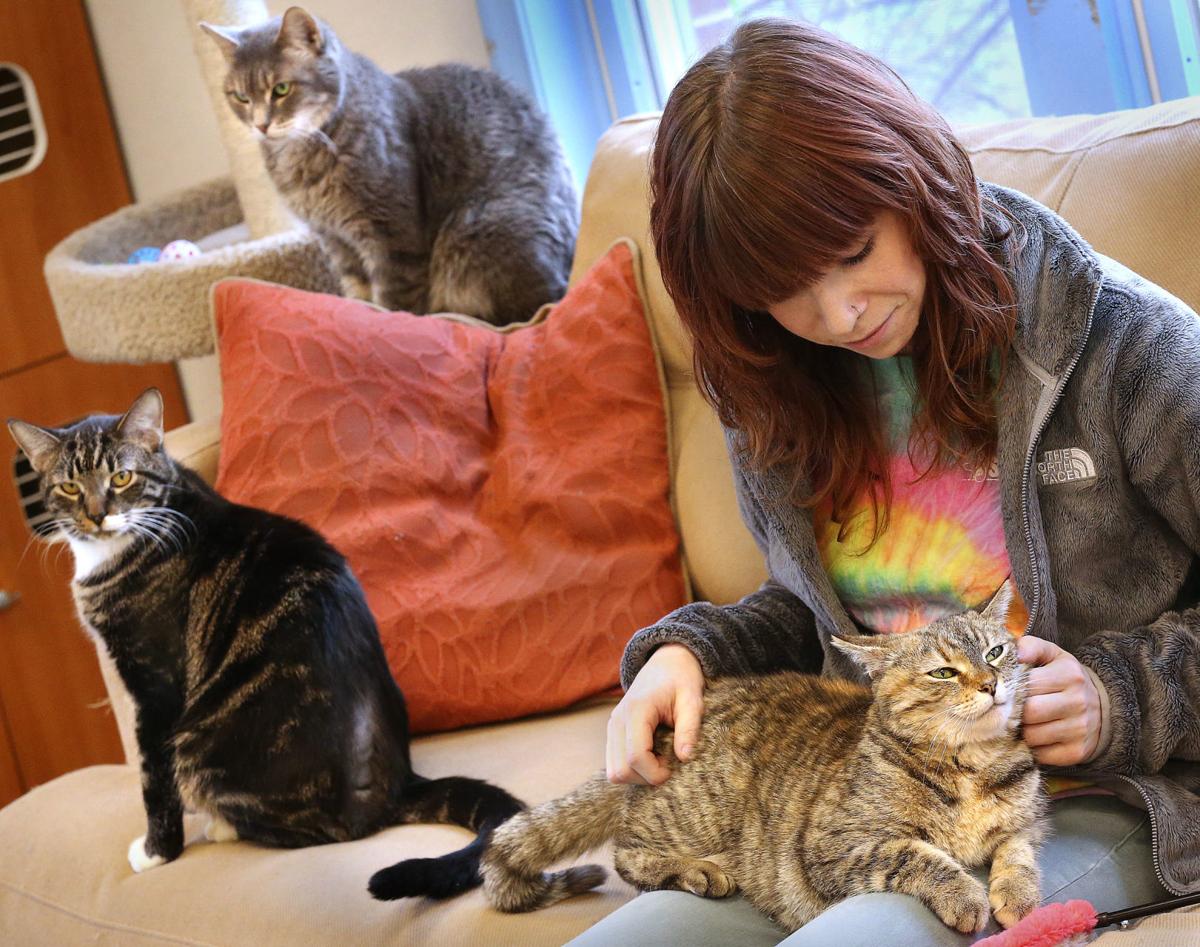 Retired Army Brig. Gen. Xavier Stewart, of Winchester, presents a $1,000 check to the Winchester SPCA on Monday after reading that animal shelters were in need of donations. Accepting the check at left is customer service representative Rosemary Guidry.

WINCHESTER — While dogs and cats appear to be immune to the coronavirus, that doesn’t mean they're exempt from the pandemic’s effects.

The SPCA of Winchester, Frederick and Clarke Counties is just a few weeks away from running out of money, which could lead to staff layoffs and severe restrictions on the number of animals the nonprofit is able to shelter.

“Everyone is suffering,” Lavenda Denney, executive director of the SPCA at 111 Featherbed Lane, said Monday in a telephone interview.

Virginia Gov. Ralph Northam has said gatherings should be limited to 10 people or less. That means the SPCA had to close its adoption center to the public and can only offer animal adoptions by appointment. As a result, Denney said, adoptions over the past week dropped by 50%.

An even bigger concern for the agency is the indefinite closure of its thrift shop, located behind the adoption center at 1944 Abrams Creek Drive.

“It is absolutely our life blood,” Denney said. “We’re nervous about that.”

She said the thrift shop, which sells a variety of donated items, raises an average of $1,000 a day to support SPCA operations. By the end of the month, it will have been closed for 13 days, equating to a loss of approximately $13,000 that would have been used to shelter animals, pay employees and provide pet food and supplies to local families experiencing financial difficulties.

Concurrently, the SPCA — like the majority of nonprofits in the Northern Shenandoah Valley — has seen a significant drop in donations while people hang onto their cash due to the turbulent economy.

Denney said her board of directors released enough money from its emergency reserve fund to keep the SPCA afloat for another six weeks.

“After that, I’m afraid we may be looking at layoffs,” she said.

The local SPCA has already been forced to cut hours for its 21 employees, and two unpaid staffers from the Northwestern Regional Adult Detention Center’s Community Inmate Work Force program are no longer allowed to report to work due to the jail’s efforts to limit potential exposures to the virus. If the nonprofit has to start eliminating paid positions entirely, Denney said, it will lower the number of animals that can be cared for at the shelter.

The SPCA can accommodate 130 cats and dogs in the two shelter facilities it operates on Featherbed Lane. The agency takes in strays and owner-surrendered pets from Winchester, Frederick County and Clarke County, and has such a high adoption rate that other localities occasionally send some of their shelter animals here so they can be adopted rather than euthanized.

Denney said the local SPCA is contractually obligated to serve the city of Winchester, but has no formal agreements with any other jurisdiction. If funding losses lead to layoffs, the agency may have to stop accepting animals from anywhere outside of city limits.

There are ways for concerned citizens to help. For example, retired Army Brig. Gen. Xavier Stewart and his wife, Donna Stewart, made a $1,000 donation to the local SPCA on Monday to help the nonprofit weather the financial storm.

“With the coronavirus, it effects people, but it has an impact on facilities that care for animals as well,” Xavier Stewart said in a telephone interview.

“We also give to the [Blue Ridge Area] Food Bank and CCAP, but the animals are usually thought of second,” Donna Stewart added.

In addition to direct donations, Denney said small groups are being allowed to shop in the thrift store by appointment only, and all proceeds benefit the SPCA. Anyone who would like to arrange a shopping excursion can call 540-450-2710.

“We’re going to come out of this all the better,” Denney said. “But for now, it’s really hard.”

For more information about the SPCA of Winchester, Frederick and Clarke Counties, visit winchesterspca.org.

There, they’re and their. Learn it, love it live it! If only newspapers had editors to correct grammar.