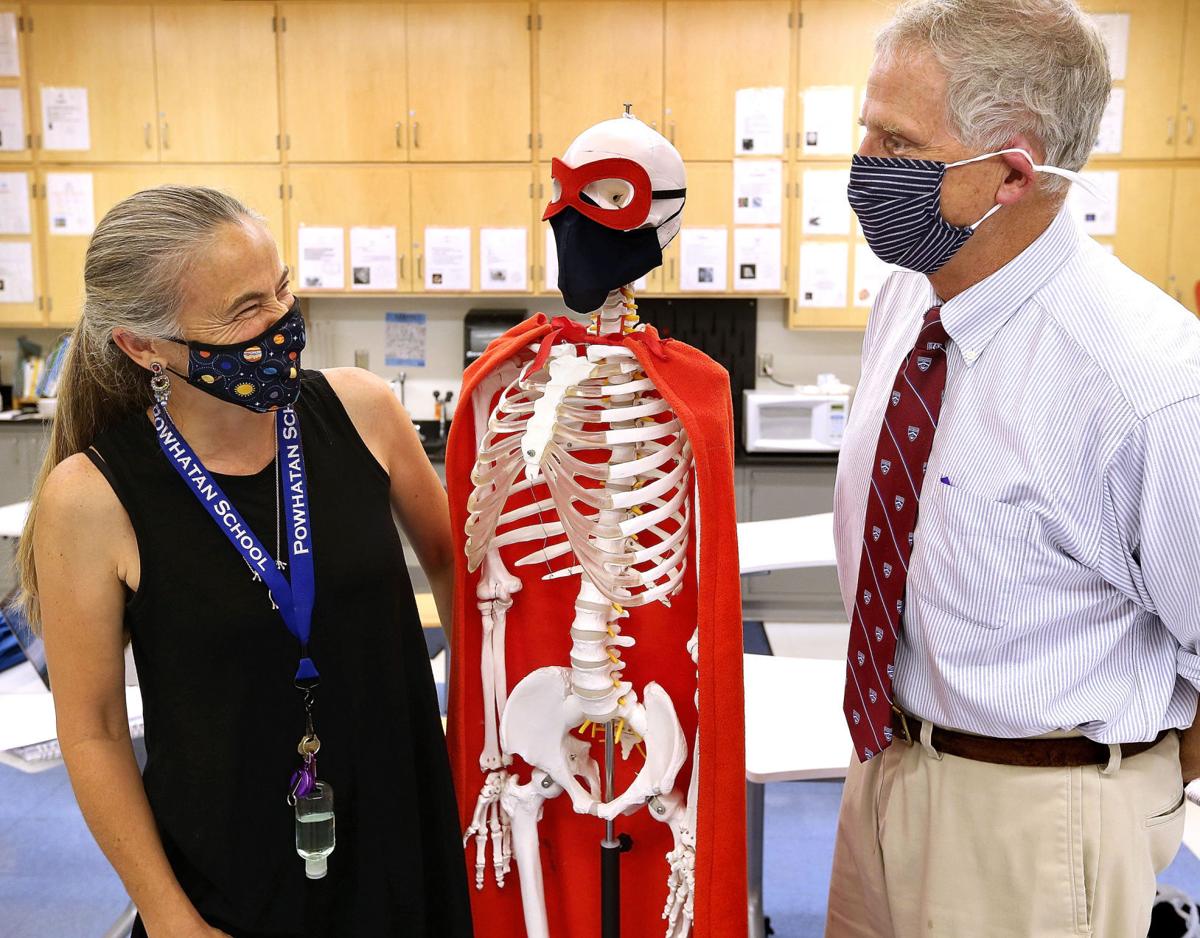 Billy Peebles (right) has returned to Powhatan School in Boyce to serve as the interim head of school. He first served as the school's head from 1985 to 1992, when current science teacher Robin Coutts (left) was in the eighth grade at Powhatan. 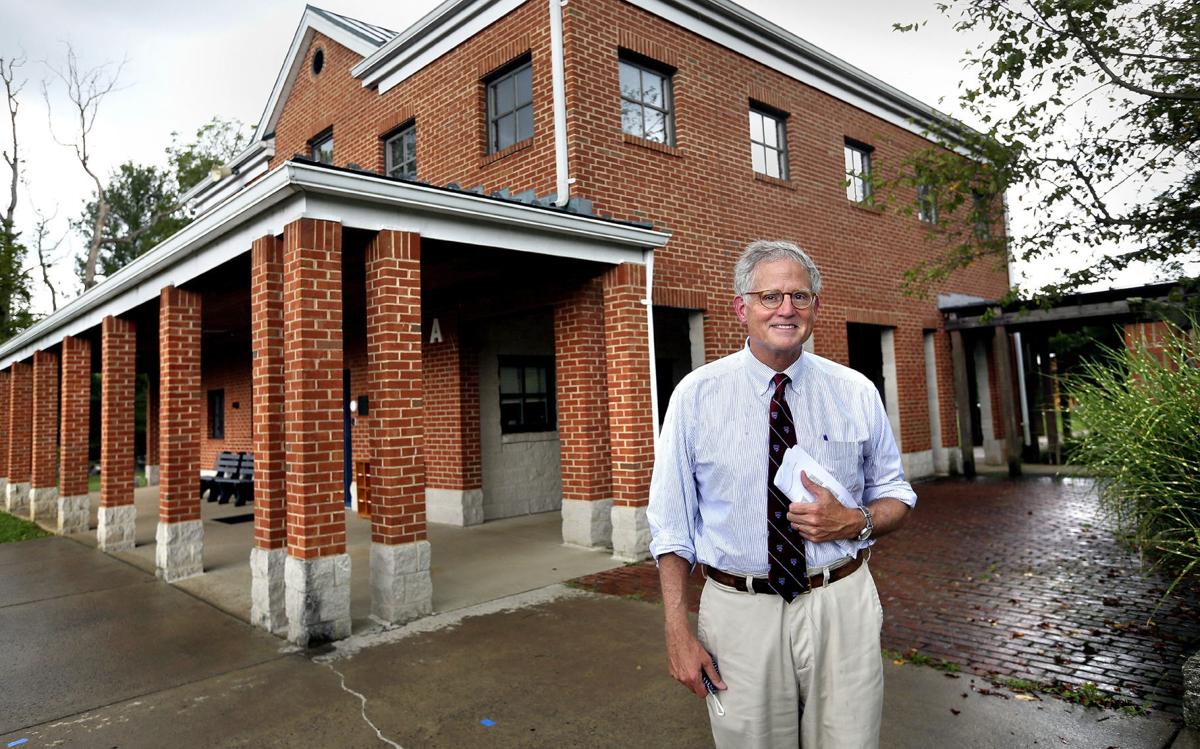 Billy Peebles has returned to Powhatan School in Boyce to serve as the interim head while a successor is sought for Sue Scarborough, who recently retired. Peebles first served as Powhatan's head from 1985 to 1992. 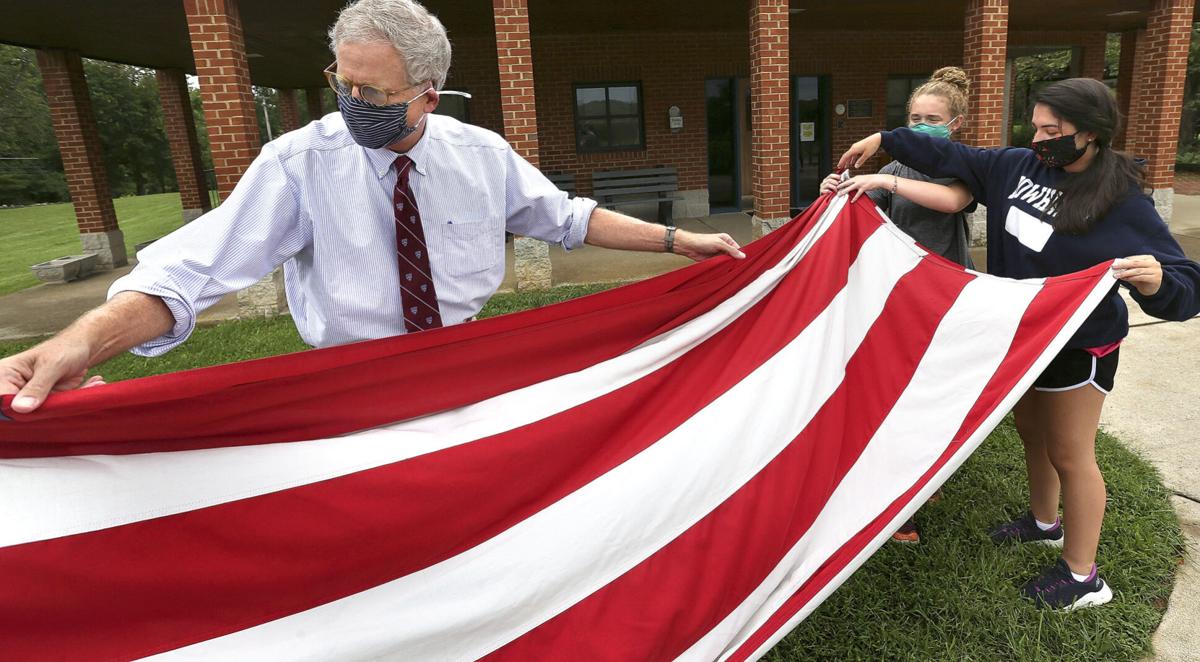 Billy Peebles (right) has returned to Powhatan School in Boyce to serve as the interim head of school. He first served as the school's head from 1985 to 1992, when current science teacher Robin Coutts (left) was in the eighth grade at Powhatan.

Billy Peebles has returned to Powhatan School in Boyce to serve as the interim head while a successor is sought for Sue Scarborough, who recently retired. Peebles first served as Powhatan's head from 1985 to 1992.

BOYCE — A familiar face is back at Powhatan School.

Billy Peebles, who served as head of the independent school from 1985 to 1992, returned on July 1 as the interim head while a search is conducted to find a successor to Sue Scarborough who recently retired.

“Feel lucky to be here, excited to be back, obviously such a challenging time for all of us, certainly for schools,” Peebles said last week.

Peebles was 29 years old the first time he served as Powhatan’s head of school. Now, at 65 years old, he is helping lead the school in the midst of the coronavirus pandemic.

Powhatan’s 235 students in preschool through eighth grade started the 2020-21 school year at the end of August, marking the first time they had been on campus for in-person instruction since March, when K-12 schools across Virginia were shuttered by the governor over coronavirus concerns.

About a week into the new school year, Peebles said everything is operating smoothly.

All Powhatan students must attend in-person classes five days a week. There is no online option for students, unless the whole school switches to a virtual model. As of Thursday, there had been no reported cases of COVID-19 among Powhatan students and staff, Peebles said.

Students are required to wear face masks at all times and are expected to learn and interact in contained groups as much as possible to prevent cross-contamination. Anyone who enters campus must have his or her temperature checked. The school, which was established in 1948, also has plenty of outdoor space to utilize for outdoor classrooms.

Powhatan’s enrollment is down slightly, Peebles said, though not significantly. For the 2018-19 school year, there were 256 students enrolled. Peebles said the decrease may be a result of some parents not wanting their children to attend in-person instruction in the middle of a pandemic — a decision he said he understands and respects

Peebles said the students are excited to be back and that there were almost no absences during the first week of school.

“To see these kids, they are so determined, so earnest,” said Peebles, noting the students are doing a good job wearing their masks, even the younger ones. “They want to be here, and they want to be good citizens.”

Peebles said he recently sent a letter encouraging parents to not let their children hang out with groups of students outside of school hours to help prevent an outbreak.

“We want to be in-person learning as long as it’s safe,” Peebles said.

When Powhatan was deciding on its reopening plan, a parent survey indicated about 74% wanted the school to reopen for in-person learning, according to Peebles.

He added that he admired the school’s board of trustees for significantly increasing financial aid amid the economic impact COVID-19 has had on many families. He said there was about a $300,000 increase in financial aid awarded this year, an increase of 30% to 40% from last year.

“We had families that had been here for a long time, paying full tuition or paying close to full tuition, and they were adversely affected by what’s happening around us,” Peebles said. “We wanted them to be able to stay, so I’m just so grateful to the board for increasing our financial aid budget like they did.”

Several faculty members resigned for health reasons before the school year began, as they would have been required to teach in-person.

Reflecting on what has changed at Powhatan since he left in 1992, Peebles said the size of the campus and student body have grown significantly. The school had about 170 students during his first tenure.

One of the more eventful days during Peebles’ first stint as headmaster occurred about 6 a.m. on Feb. 26, 1988, when he discovered what was likely an electrical fire that quickly engulfed the school’s main building located in an old manor house.

“I’ll remember that date for a while,” he said. “I literally, literally dissolved into tears, because it was such a helpless feeling.”

But the community rallied to help the school regroup after the fire.

“I was 29 when I started, so the [Powhatan] school really took a chance on me and hence my sense of great gratitude to the place,” he said. “This place is really very, very special to me.”

Powhatan expects to name a permanent head of school by July 2021.