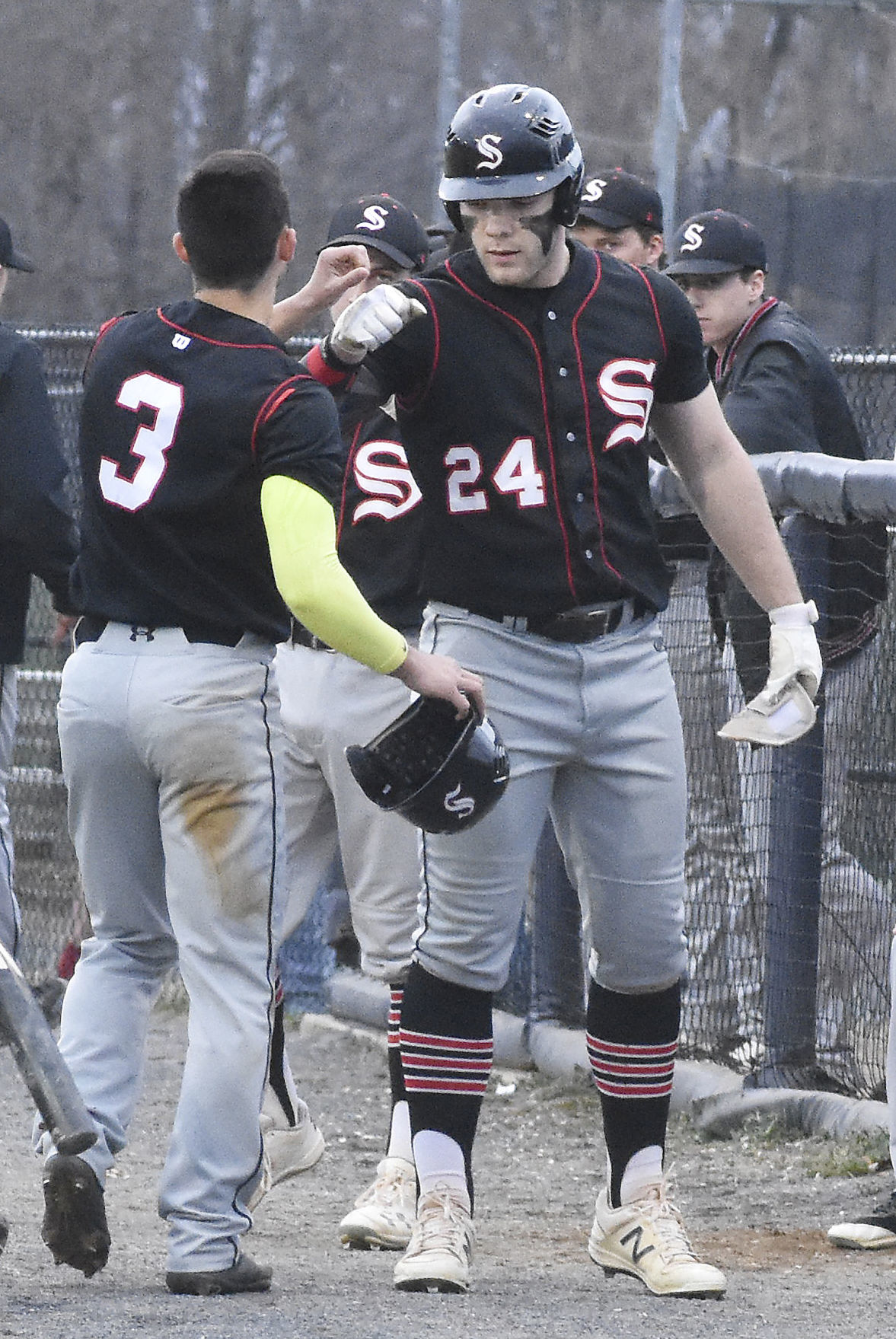 Payne Bauer (24) is one of seven Sherando seniors who will not get the opportunity to play for the Warriors this season because of the COVID-19 pandemic. 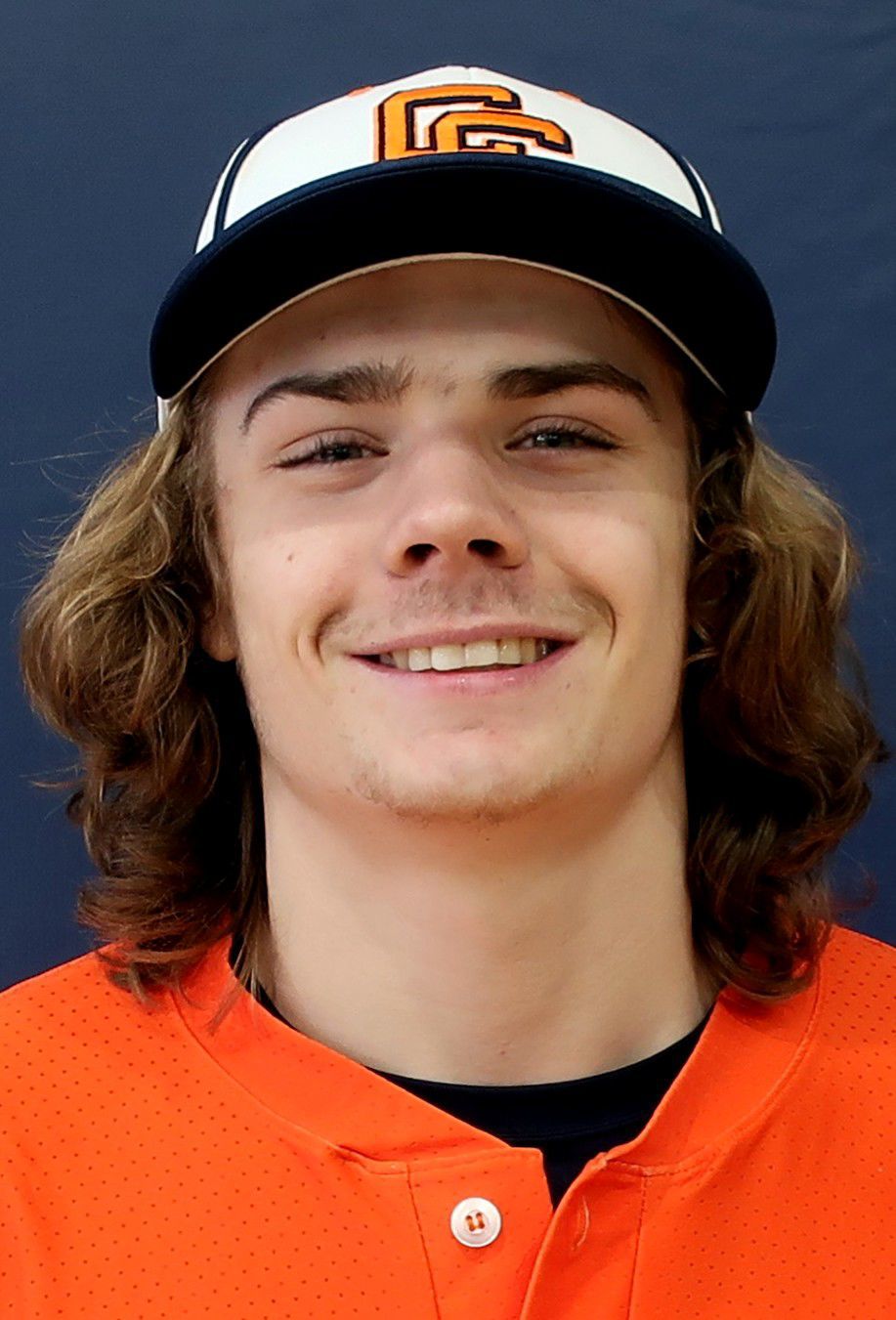 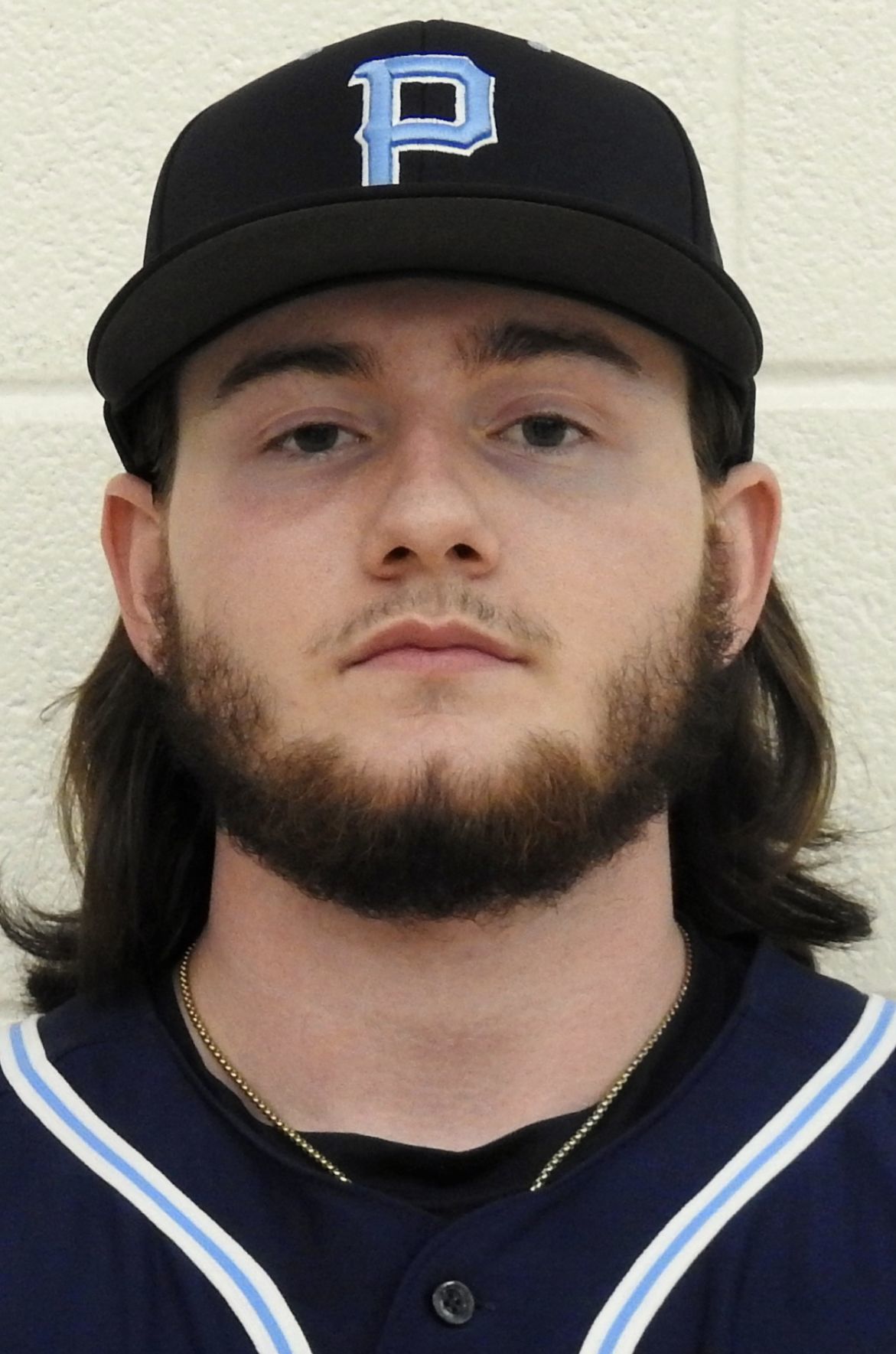 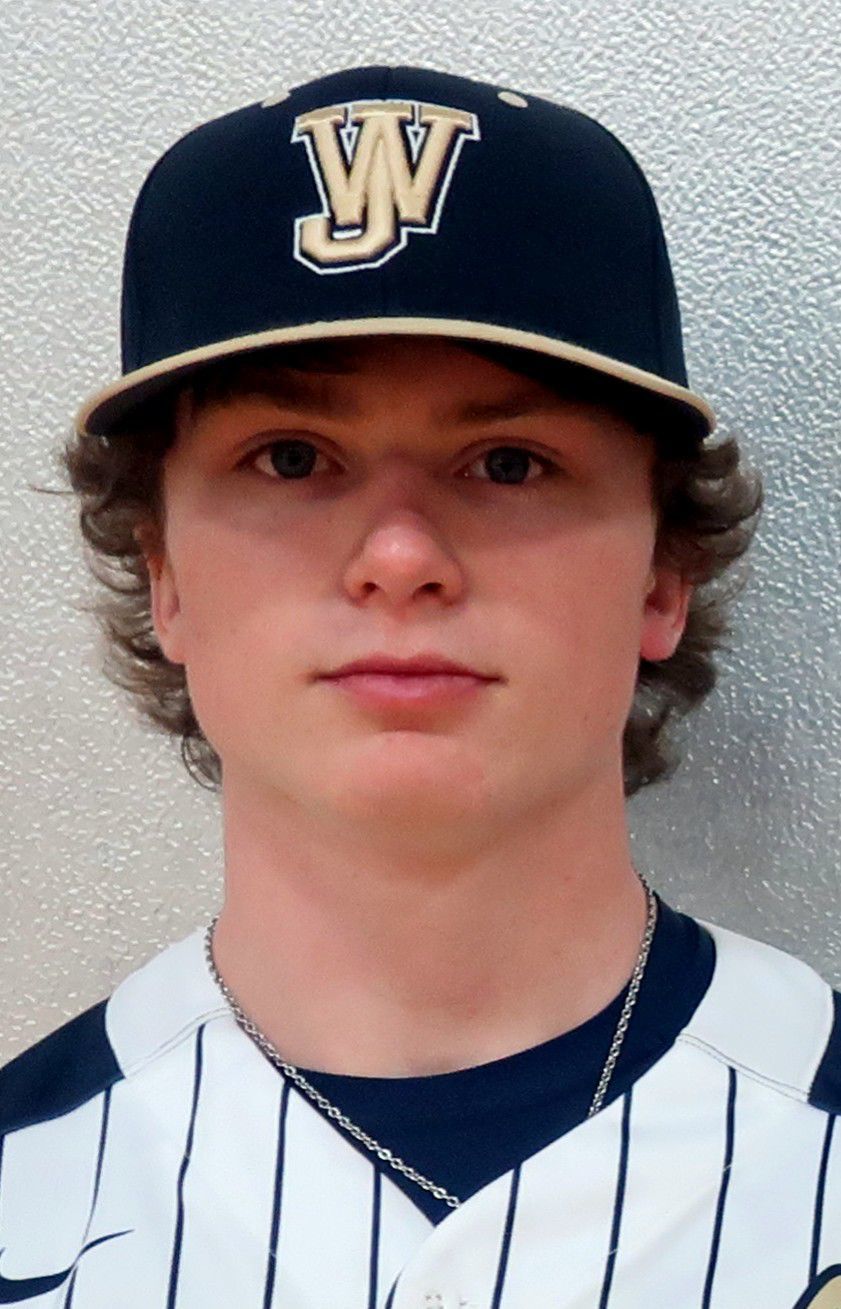 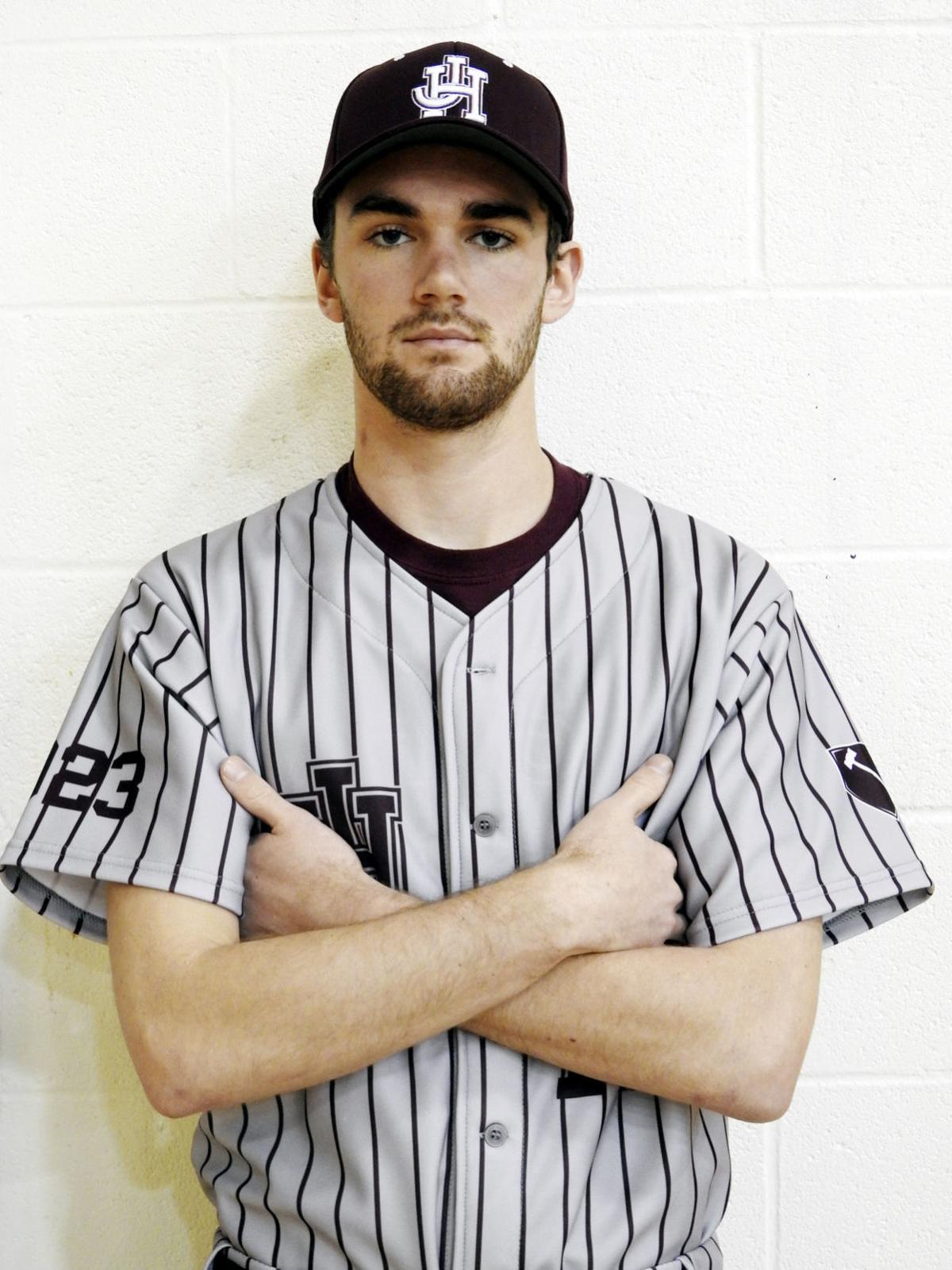 With spring high school sports canceled because of COVID-19, The Winchester Star is publishing a series of stories highlighting each spring sport. One senior from each team is being interviewed to provide their perspective. Today’s sport is baseball.

Bauer is headed to James Madison University to play linebacker this fall, but the Warriors football standout and two-time Winchester Star Defensive Player of the Year always thought another sport would be his ticket to a college scholarship.

And that’s what makes the cancellation of this baseball season so difficult to stomach.

“In my sports career, it’s probably one of the toughest things because I played baseball my whole life,” said Bauer, who hit .439 and scored an area-best 30 runs last season. “That’s where I really thought where my college path would go — playing baseball. I had played it like since I was seven. I played travel and all of that. My mom spent a lot of money on it.

“It was the game I grew up loving, so not being able to play it one last time and thinking I would have another year, it really hurts. But, everything happens for a reason, so God has a plan for us.”

The Warriors this season were going to be a much different team than the one that captured the Northwestern District regular-season title last spring. Gone were five starters and most of this season’s senior class had limited experience.

“We were a pretty unique senior class,” Bauer said. “Last year, we were a senior-led team, so all of the juniors who are now seniors really didn’t get to play. They were really expecting to get their chance to play and we had high expectations for people. We thought we knew what they could have done, but now we’ll never get to see it.”

Even with the new faces in the lineup, Bauer said the Warriors were determined to go back-to-back. “We had high expectations and we were defending the regular-season title,” he said. “We had a little bit of a chip on our shoulders because we knew we were going to get the best from every team. That didn’t get to happen so it hurts a little bit.”

While the memories have been great on the diamond, Bauer says there are other things he will miss about his teammates and fellow seniors.

John McIntyre, who was looking to become an infield starter in his final season, provided Bauer with many good times.

“I ate lunch with him and he would definitely make me laugh non-stop,” Bauer said with a chuckle. “Sometimes I didn’t get to eat my lunch because of how funny he is and how much I laughed. That’s the thing I’m going to miss with these guys is laughing and being with them.”

Maybe no team in any sport in the area wanted to play baseball this spring more than Clarke County. The Eagles, who came within a win of making the state tournament two seasons ago, struggled last season and were looking for a bit of redemption.

And they had reason for optimism with five seniors having signed to play at the collegiate level.

“I feel like last year we didn’t play as well as we should have,” said Childs, who will play baseball at Hood College. “This year, we had eight seniors coming in with experience and passion for the game. If you put those two together, it makes for one great team.”

But that squad won’t get to play together and that’s a bitter pill for a group that has been together for a long time and had put in a lot of work during the offseason in preparation for one more push to make the state tournament.

“To be honest with you, it’s depressing,” Childs said of not playing this season. “It’s something that not only me, but many other seniors looked forward to all year. We built a bond that can never be broken. This was the year. We had [eight] seniors and we were going to make a run this year. It just sucks that it had to happen this year.”

While the Eagles won a Bull Run District title two seasons ago, the wins and memories go much deeper. As youngsters, many of the current seniors helped the Clarke County All-Stars make back-to-back state appearances.

“We’ve played together since we were five or six playing Clarke County All-Stars,” said Childs, who batted .403 and slugged an area-best six homers as a junior. “It’s something that I will forever cherish, all of the bonds we have cherished together and all of the memories. I’m sure going to miss it and I’m sure everyone else is going to miss it as well. It just takes the words out of your mouth that this had to happen.”

“I already do miss everything,” he said. “I’m going to miss all of the guys that I’ve hung out with my whole life. But the same as everyone else, we’re moving onto the next chapter of our lives. We’re going to have to make new friends. I’m sure we’ll all meet up again. Who knows? We might play a WhiffleBall game or something. We’ll just have to figure something out when that time comes.”

The Pioneers returned six seniors on the roster, but only two (Robertson and Duckstein) had seen extensive action over their careers.

“It would have been something different,” said Robertson of the prospects of the season. “We had a lot of new players. It would have definitely been a lot of team bonding. We would have needed that.”

Instead, that won’t happen. And unlike in most years at Millbrook, Robertson is the only Pioneer to have announced to he is going to play baseball at the next level.

Robertson feels for his teammates, many who had waited behind some talented players to get an opportunity. “Not getting a chance is definitely a heart-breaker, especially not knowing what could be next for some people,” he said. “For me, I’ve verbally committed to Shenandoah University to continue baseball, but for others on the team not knowing what they’re doing next can be confusing.”

And Robertson admits the emotion of the cancellation of the season can be pretty confusing as well.

“Last year seeing how the seniors reacted to their last game, definitely was a mood that you couldn’t be in, that nobody else could put themselves in,” he said. “For me, not being able to feel what they felt is definitely sad. Not being able to play one more game with the seniors is kind of tough to handle I guess.”

Robertson says he’ll draw upon many great memories with his teammates. Last season, he belted a homer at Bing Crosby Stadium against Skyline and he’ll never forget the exuberance of his teammates lined up at the plate to congratulate him.

Being a part of the Pioneers was special as were the bus rides home after a big road win. “Before the games, our minds were set on the games so there wasn’t much goofing around and stuff, but after a win they were definitely fun, a lot of music playing and everyone messing around,” Robertson said. “Just seeing everyone in the hallways at school before game day, we were locked in and we were ready.”

The consolation for Robertson, who hit .325, had three homers and was tied for fourth in the area with 23 RBIs when he was a second team All-Class 4 Northwestern District selection last season, is that he gets to continue playing baseball. He said the Hornets are looking for him as a third baseman.

“It’s amazing,” said Robertson, who will major in exercise science. “I’m grateful for all of the teammates that supported me. I’m thankful for all of the coaches that helped me throughout my career. I’m glad I got the opportunity.”

With Adrian Pullen taking over the Colonels’ program this season, Whitacre said he and his teammates were excited about the possibilities this season had to offer.

“This is the most pumped up I’ve ever seen our guys in my four years,” Whitacre said. “We were all excited to come out and start a new team with a new leader and just get after it and win some games this year.”

Unfortunately, that will never happen for the James Wood seniors. A team that several coaches had mentioned as a dark horse contender for the Northwestern District title did not get the opportunity to play an official game.

“Oh, it’s pretty disappointing,” Whitacre said. “We grinded hard this winter, just about every day of the week doing something different — weightlifting and different programs the coaches have been putting us through to get ready for the spring season. I was looking forward to having fun and winning a lot of games this spring for our new coach. It was disappointing not to be able to do that.”

Whitacre said the grind was a long one as he and his teammates put in the time to prepare for the regular season.

“I don’t think many people do realize that James Wood baseball is pretty much an all-year kind of deal,” said Whitacre, who plans to major in criminal justice at Lord Fairfax Community College with the hopes of becoming a policeman. “We’re always doing something in the fall. We have fall workouts, winter workouts and then comes spring and we’re ready to play because we’ve been working together all year.”

Whitacre says he will miss the time playing with his fellow seniors.

“We were all pretty close, always talked in and outside of baseball,” he said. “I think most of the good memories are before and after the games, just cutting up with your friends, just being teammates.”

Hott says that of course he will miss playing with his fellow seniors, but there’s one opportunity that the loss of the season can never replace.

The Judges have struggled over the seasons to be competitive in the tough Northwestern District. But with a lot of new faces throughout the league and sense of optimism, Handley was looking to jump in the league standings.

“We were looking forward to it,” Hott said of the season. “We felt like the playing field was a little bit more leveled out than it has been in the past. … After seeing what we were capable of in our second scrimmage, we were pretty excited.”

When Hott, who has also played football and basketball, looks back at his baseball career he says what has happened on the field doesn’t compare to the camaraderie among teammates.

“Some of my best memories were some of the bus rides home from games,” said Hott, who will attend Radford University in the fall. “Some great stories come from those bus rides. That goes all of the way back to freshman year with the juniors and seniors that were there at that time. It was great.”