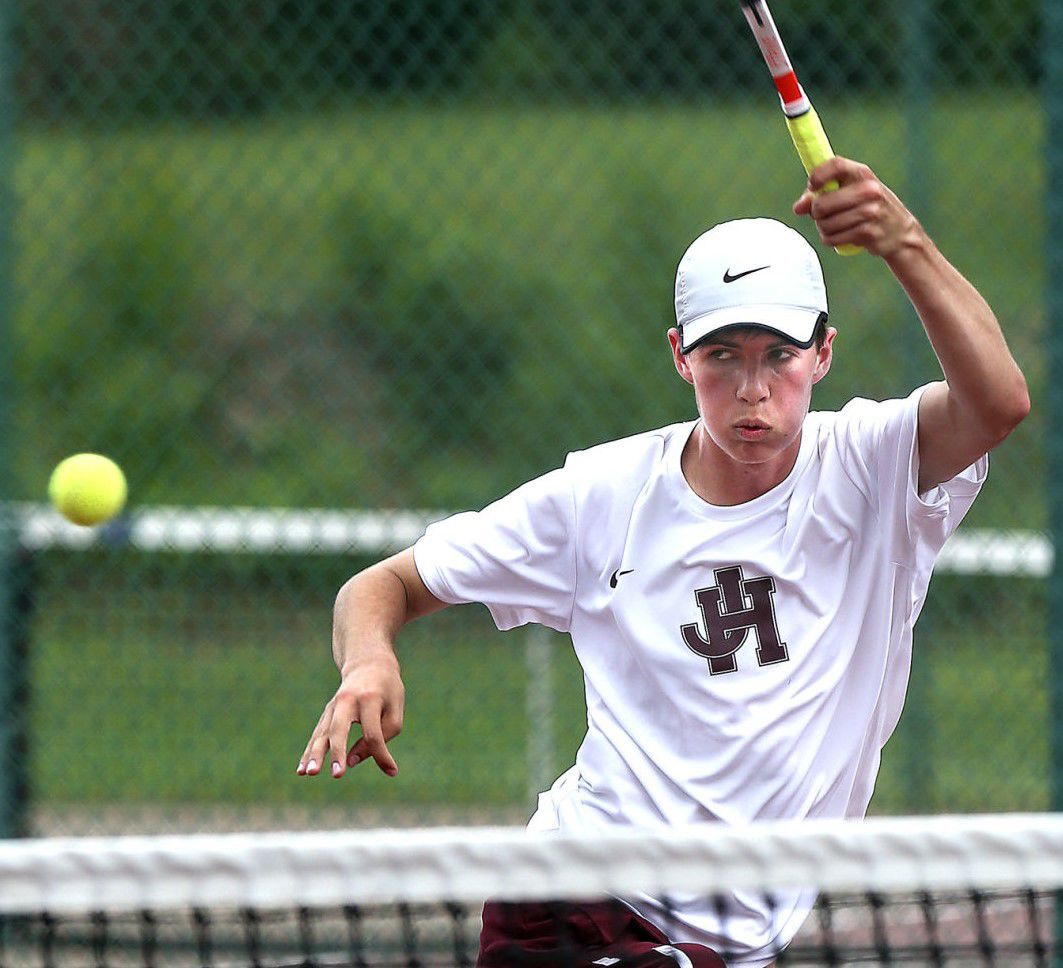 Senior Mercer Love was hoping to lead Handley in its defense of its Class 4 boys’ tennis championship this season, but the Judges never got to play a match because of the COVID-19 pandemic. 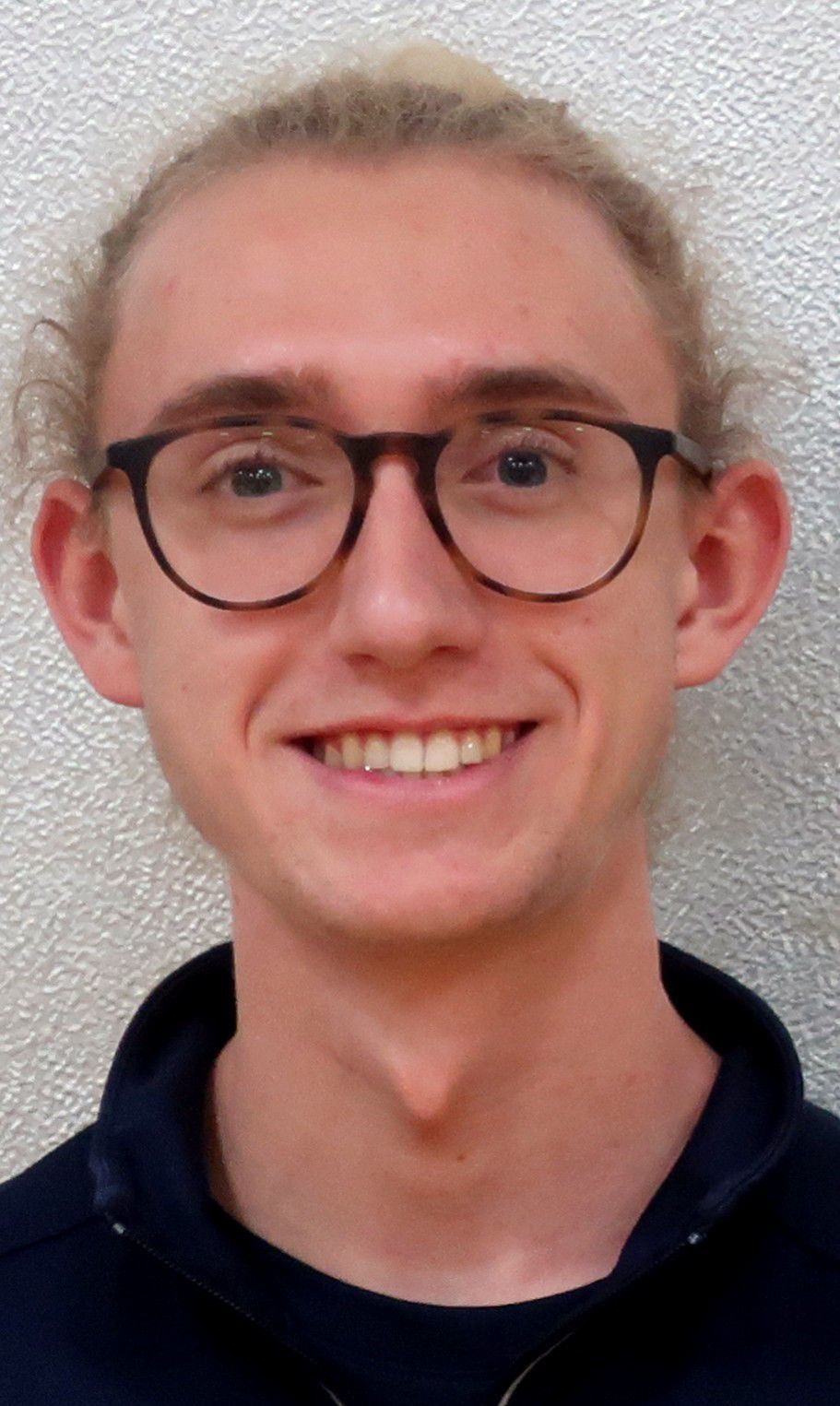 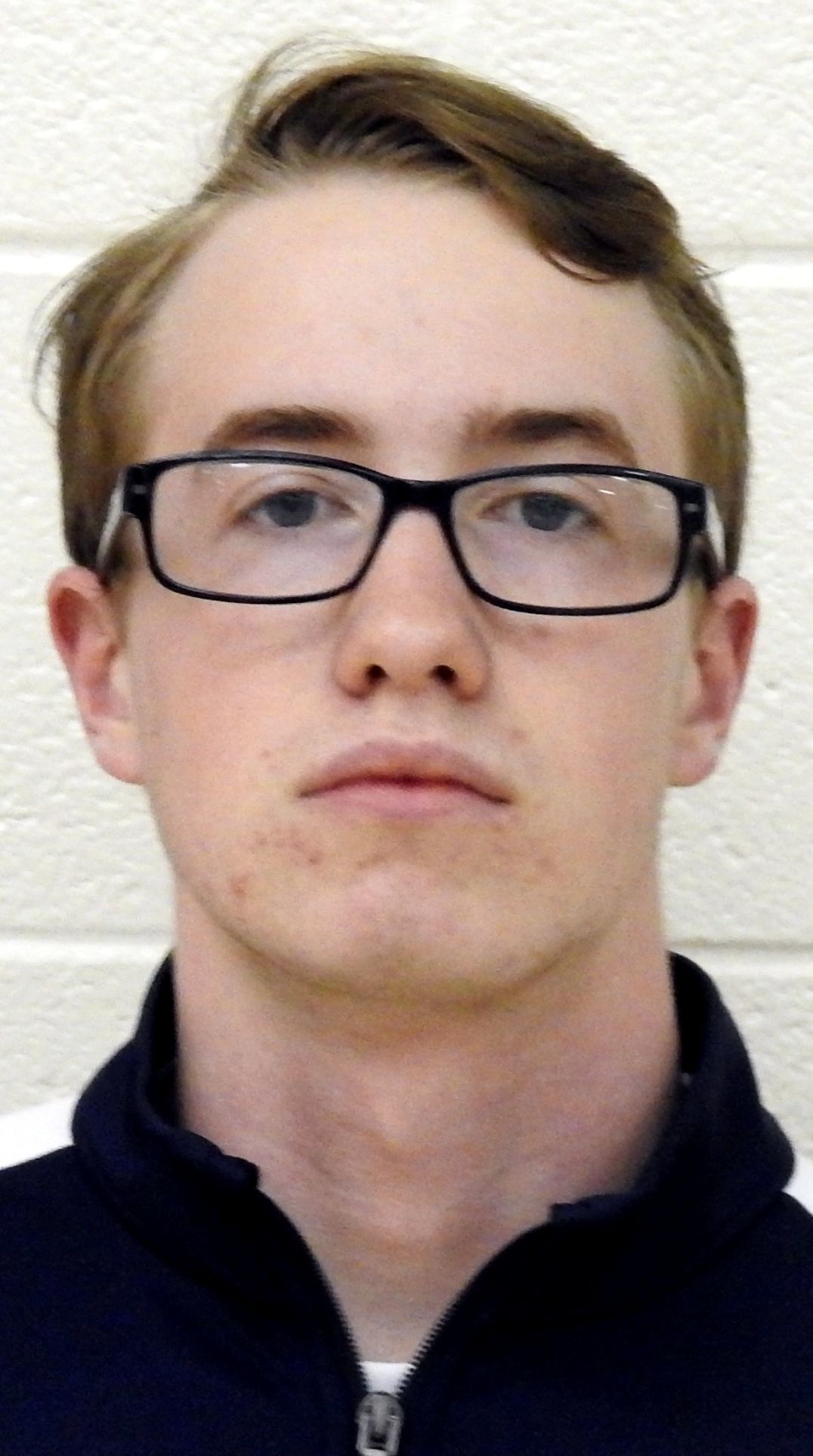 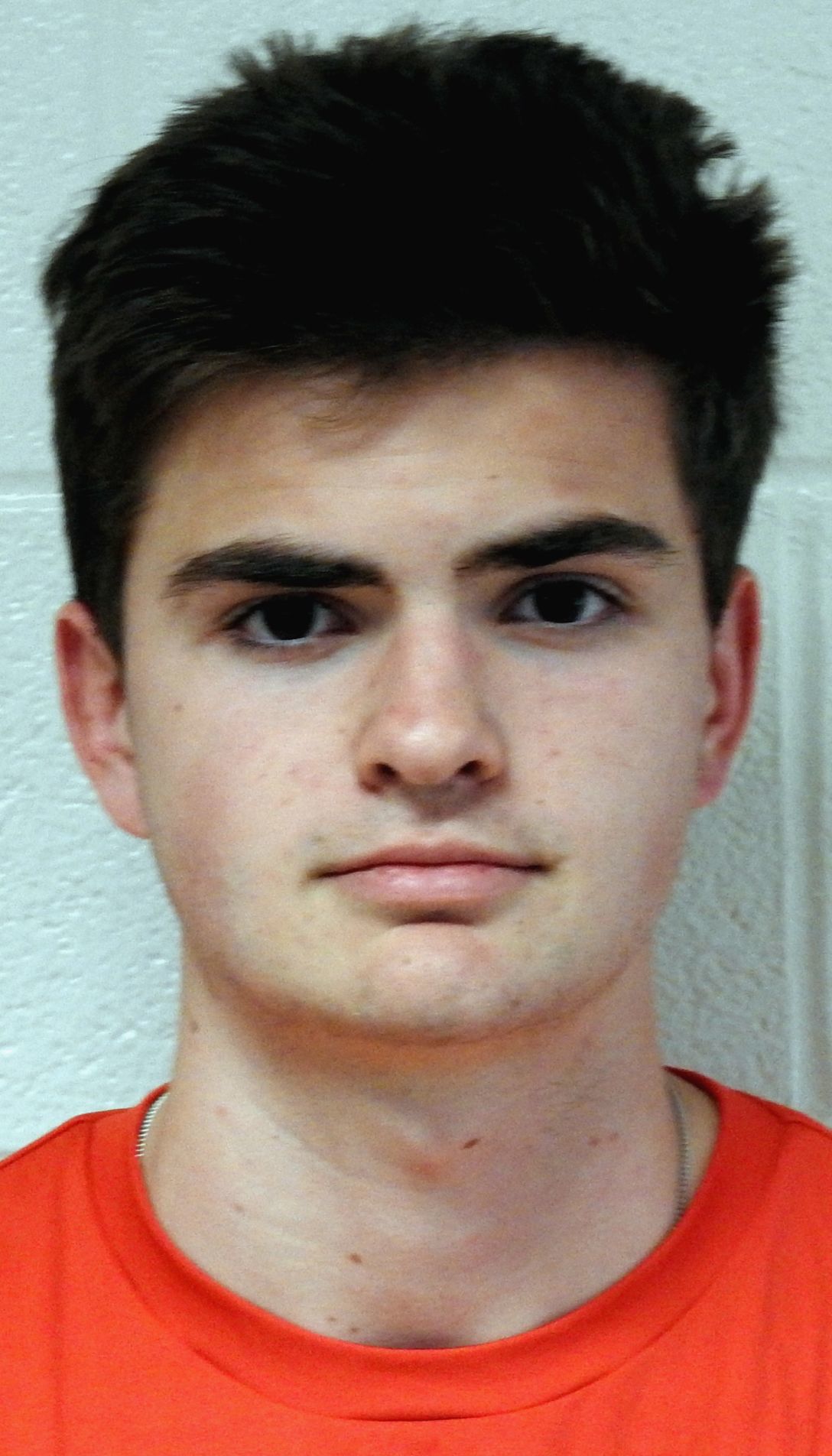 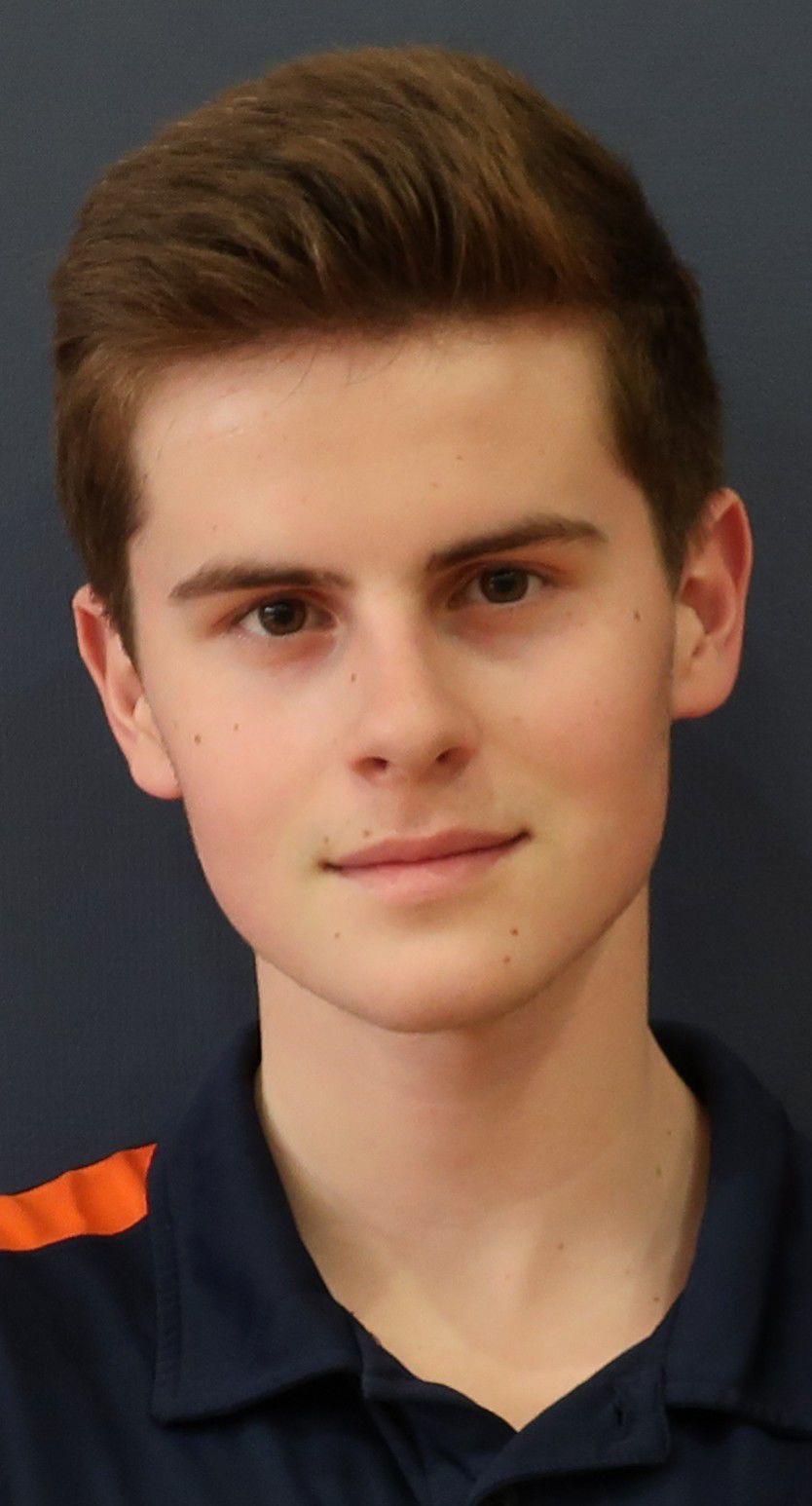 With spring high school sports canceled because of COVID-19, The Winchester Star is publishing a series of stories highlighting each spring sport. One senior from each team is being interviewed to provide their perspective. Today’s sport is boys’ tennis.

Love jokes that technically Handley will be Class 4 state champions for two consecutive years. Of course, there’s a problem with that — the Judges didn’t get the chance to defend their title.

“That’s not the way we wanted it to go,” Love said.

Given that the Judges had lost their top players, a couple of the state’s best, this season offered a unique opportunity for a program that had won two state titles and finished as a state runner-up in the previous four seasons.

“I loved playing with Jack [Volinsky], Nick [Mueller] and all those great guys, but I was really looking forward to a chance to kind of prove myself,” Love said. “I know that the rest of the guys lower down on the ladder wanted to show that we’re all still a good team without our top guys. We had kind of scouted the rest of the teams that were coming back and we felt we had a real shot to win it again.”

Love and Gullett each were big parts of the team which defeated Hanover 5-0 in the title match and players considered Flood a great teammate. “I was really looking forward to playing with James because there was a chance we could have played together in doubles this year,” Love said. “… Both of those guys are phenomenal tennis players and great guys to be around. It’s rough to not finish it with them.”

When it comes to special memories, Love has plenty to draw upon.

“Obviously, 2019 was the big year that all of those years had accumulated to, but honestly my most exciting moment personally was the Jamestown match my freshman year in the state semifinals,” he said. “There was absolutely no expectation for us to make it to the state finals. We had just lost Parker [Wilson], Carter [Watts] and all of those guys. There were no expectations.

“Even the fact that we made it back [to the finals] just gave us the idea that if we made this our freshman year and we are not going to lose anyone for the next two years that we can compete at a very high level for the next few years. I’d have to say that Jamestown match [a 5-4 come-from-behind win], especially since Max [Thwing] and I finished that together [in doubles].”

And Love enjoyed being a spectator for the better part of one of the most dramatic matches last season.

“I’d say probably the most exciting moment was watching Nick beat Blacksburg’s Frank Thompson [7-6, 2-6, 7-6] in our state semifinal last year,” Love said. “I think both teams kind of knew whoever would win that match would beat Hanover or whatever team that would come out of the East. After that match Frank came up to all of us and said, ‘Congrats on the state championship.’”

Because of the virus situation, Love says he’s going to take a gap year before heading off to college where he’ll likely attend either Virginia Tech or Virginia.

He expects to see his former teammates often.

“You still see guys like Parker and Carter come to our state tournament matches,” Love said. “Everyone who goes through Handley tennis becomes kind of a part of something bigger. I think you can tell that from all of the alumni who come back. Especially since my brother [Brendan] is going to be playing another two years, I’ll have to cheer on him a little bit.”

No area team has more seniors than the Colonels and they are smarting from no opportunity to play this spring.

“It’s definitely hard,” Ondeck said. “I’ve been part of the tennis team since my sophomore year. We’ve really grown as a team and as individual players, so it’s hard not being able to showcase the skills that we’ve learned and to keep playing with the friends that I’ve made.”

Ondeck said he is especially tight with the senior group.

“We’ve kept in touch,” he said. “We’ve had lots of practice together and a lot of us have grown up in the same middle school and elementary schools for most of our lives in Winchester. It’s definitely tough not being able to see them every day.”

James Wood also had high hopes that the mix of veterans and newcomers would lead to challenging in the district race.

“We had a lot of new kids and also a lot of returning seniors,” Ondeck said. “We feel like we would have done pretty well against some of the other teams in the county.”

Ondeck said he and his teammates enjoyed match days, especially on the road.

“Definitely some of the away matches we’d have, some of the bus rides were really entertaining,” he said. “We’d listen to music or talk about what was going on in our lives. And then we would get to the match, we would all be focused and root for each other. Just the camaraderie was really special.”

Ondeck, who will attend Appalachian State, says he’ll keep playing the game thanks to his high school experience. “I’ve learned so many tennis skills and just being a team and having the kind of friendships,” he said. “Whenever I go to college, I’m looking into playing some kind of club tennis to have those kind of friendships with other people and to keep the skills going because I’ve really enjoyed playing.”

Clippinger spent most of his junior season watching his teammates place second in the Class 4 Northwestern District and advance to the Region 4C semifinals.

He never got the chance to put the tough season behind him.

“It was pretty disappointing actually because last year I was injured pretty much for the whole season,” Clippinger said. “I was looking forward to coming back this year and sort of redeeming myself, but that didn’t happen.”

And the Pioneers had high aspirations again this season of challenging for a regional berth.

“We had a strong team,” he said. “We were ready to just go out there and try to win every single tennis match that we could.”

Clippinger, who will attend VMI in the fall and hopes to one day be an officer in the Marine Corps, says he and his fellow seniors have formed a bond.

“I’m going to miss it a lot because I knew the other seniors on the team since before high school,” he said. “It was really fun to hang out with them, be on the team with them and win alongside them for four years.”

Clippinger says he has great memories of his teammates.

“I just remember the whole energy of the team during matches was really high,” he said. “We were all getting pumped up and really excited during matches and cheering each other on and that was always super fun.”

And there are great memories off the court, too.

“One bus ride, the bus had problems and broke down,” Clippinger recalled. “We were stuck at a KFC for like an hour or two. We started a pickup game of stickball in the parking lot and that was awesome.”

The Warriors had high hopes of challenging in the Class 4 Northwestern District.

“We had some new talent on the team,” Gregg said. “I think we would have had a solid Top 4 and we would have gone pretty far in my mind. I guess we’ll never know.”

And not knowing hurts, especially for the team’s two seniors, who have long been part of the program.

“It’s rough,” Gregg said. “It’s pretty disappointing considering how much work I’ve put into tennis. Being not able to play is a disappointment to me.”

Gregg is also disappointed at not getting to finish out with Robertson. “I’m going to for sure miss it,” he said. “I’m sure we’ll get together to play. It kind of stinks that we couldn’t have played our senior season together.”

Gregg, who also is a standout golfer, said he’ll leave with some great moments, even if he wasn’t always victorious.

“One of my biggest memories was my sophomore year and I was playing the [district] singles tournament for the first time,” he said. “I had lot of fun. I was playing some of my best tennis. Unfortunately I lost to Fauquier, but I played the best tennis. I lost in like a third set tiebreaker or something like that, but it was fun.”

He’ll also miss working out with the team and bus rides where the Warriors “just blasted music on the way home.”

Gregg, who will attend James Madison University, expects to keep in touch with teammates. “I would say we’re pretty close. I’d say Joe [Venturato], Keith and I have been pretty close from the beginning. We’ll definitely get together in the future and hit around.”

This was going to be a special season for Kimble, a former Handley student who had gotten his first taste of varsity action last spring for the Eagles.

“It was a real disappointment to hear,” Kimble said of the season’s cancellation. “I’ve been working since freshman year to eventually get to the top seed. It was going to by my year and it’s been devastating not being able to show what I’ve been working on for the last three years.”

Kimble expected some of that work to also be with Bue.

“I was really looking forward to playing doubles with him,” he said. “We worked hard over the summer and into the winter and played together quite often to get ready for it.”

Although his playing career was cut short, Kimble will remember much about his time with the Eagles.

“It was last year getting my first win playing varsity where actually it mattered,” he recalled. “It was my first match. Having that first win was my best memory. … Stopping and eating somewhere with the team was always the fun part after a match on our long rides. I’ll miss enjoying those.”

“I’m hoping to retain my skills and possibly play at Virginia Tech,” he said. “I’m going to try getting on that team.”