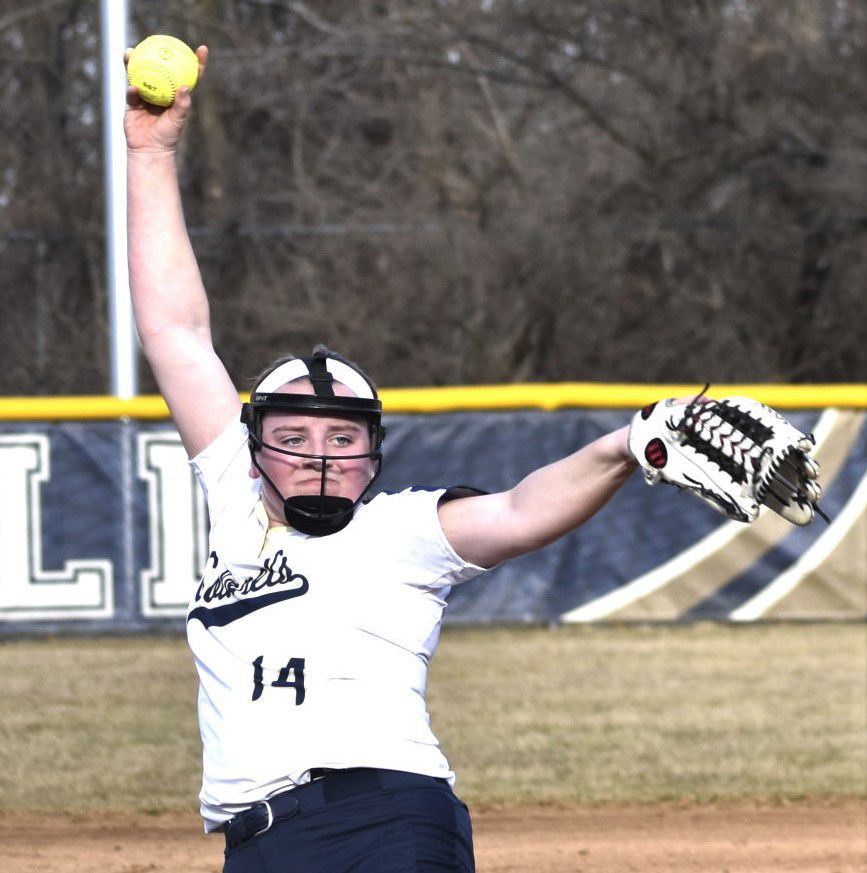 James Wood’s Ivy Rosenberry, the reigning Winchester Star Player of the Year, did not have the opportunity to play in her senior season thanks to the COVID-19 pandemic. 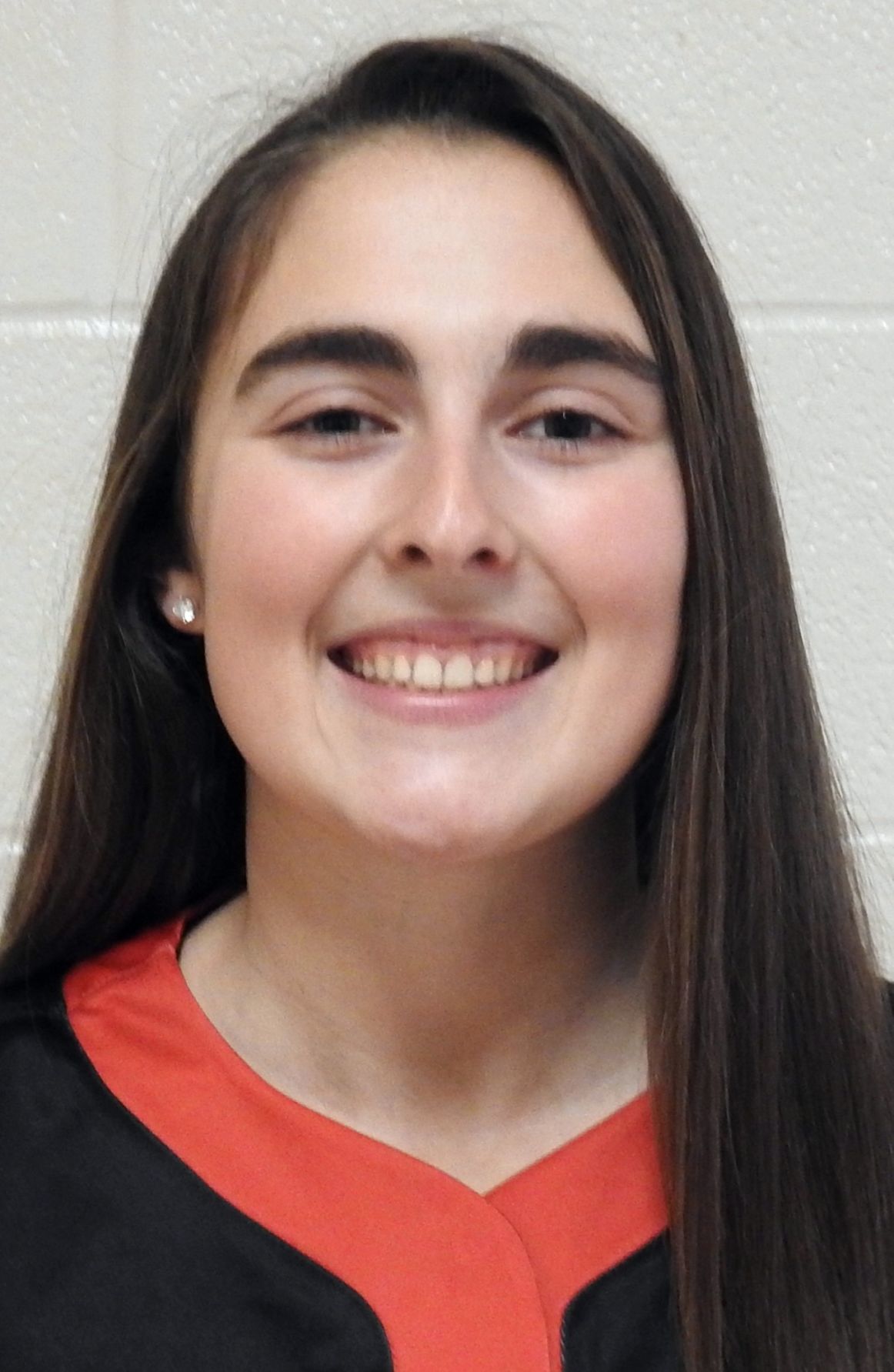 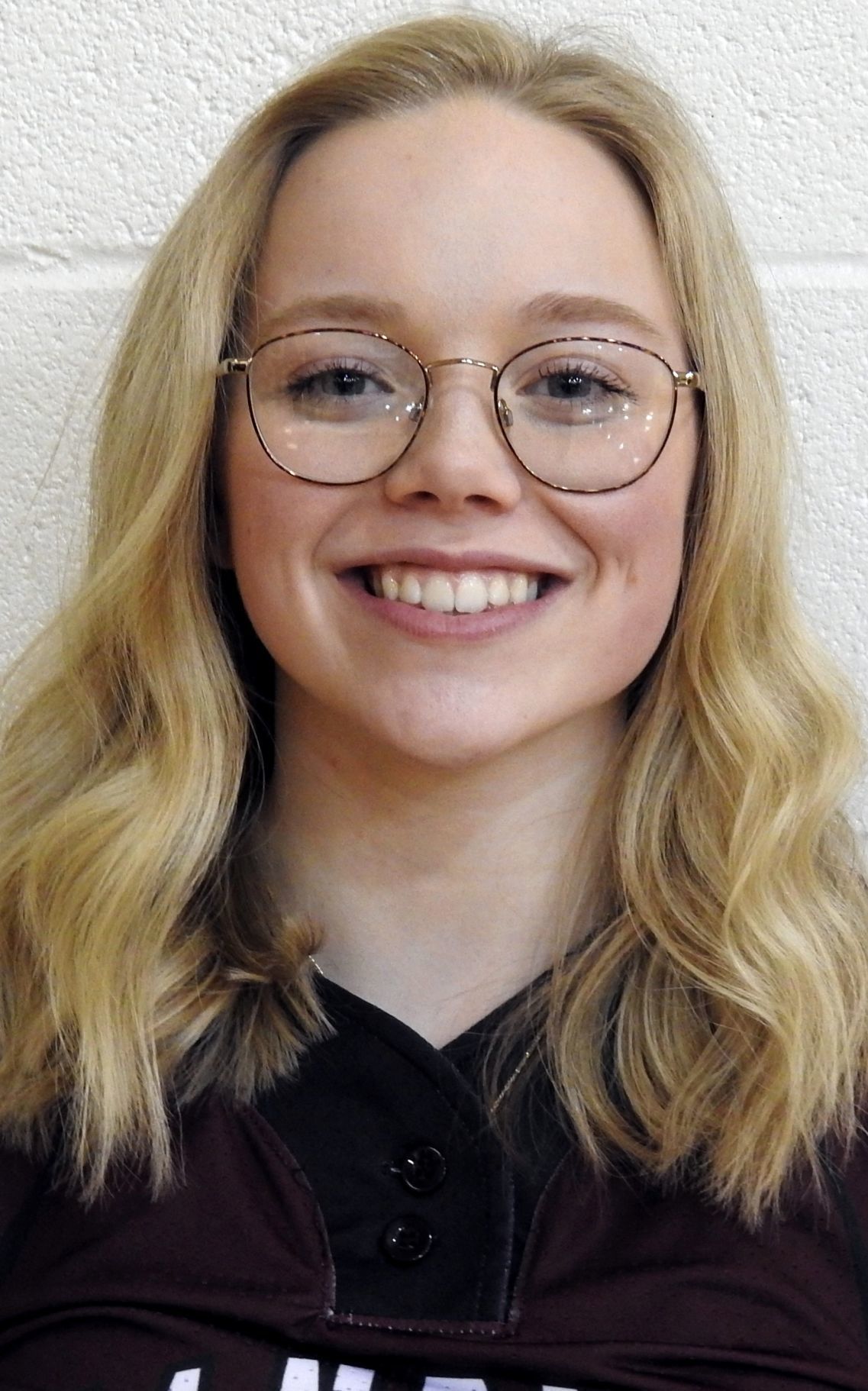 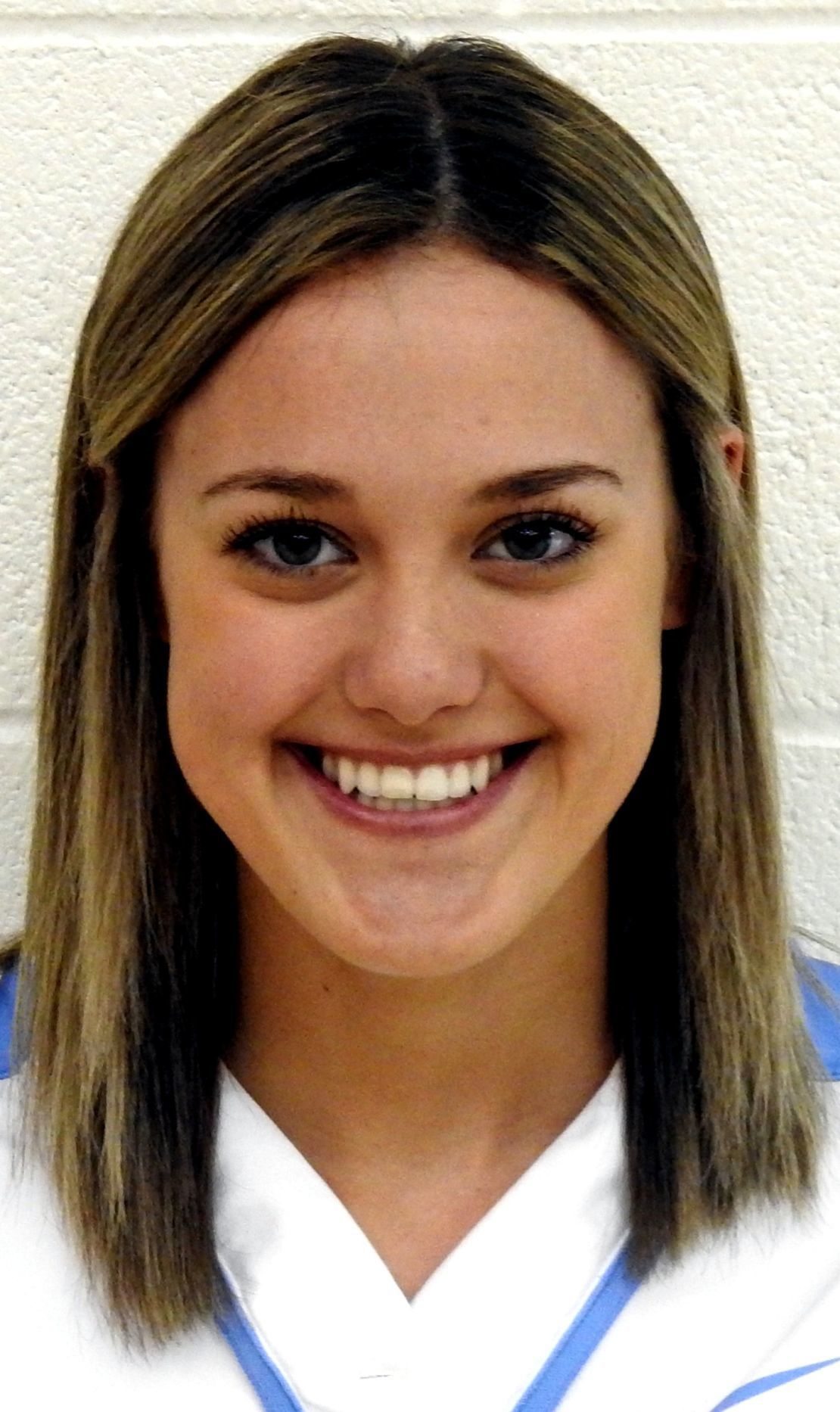 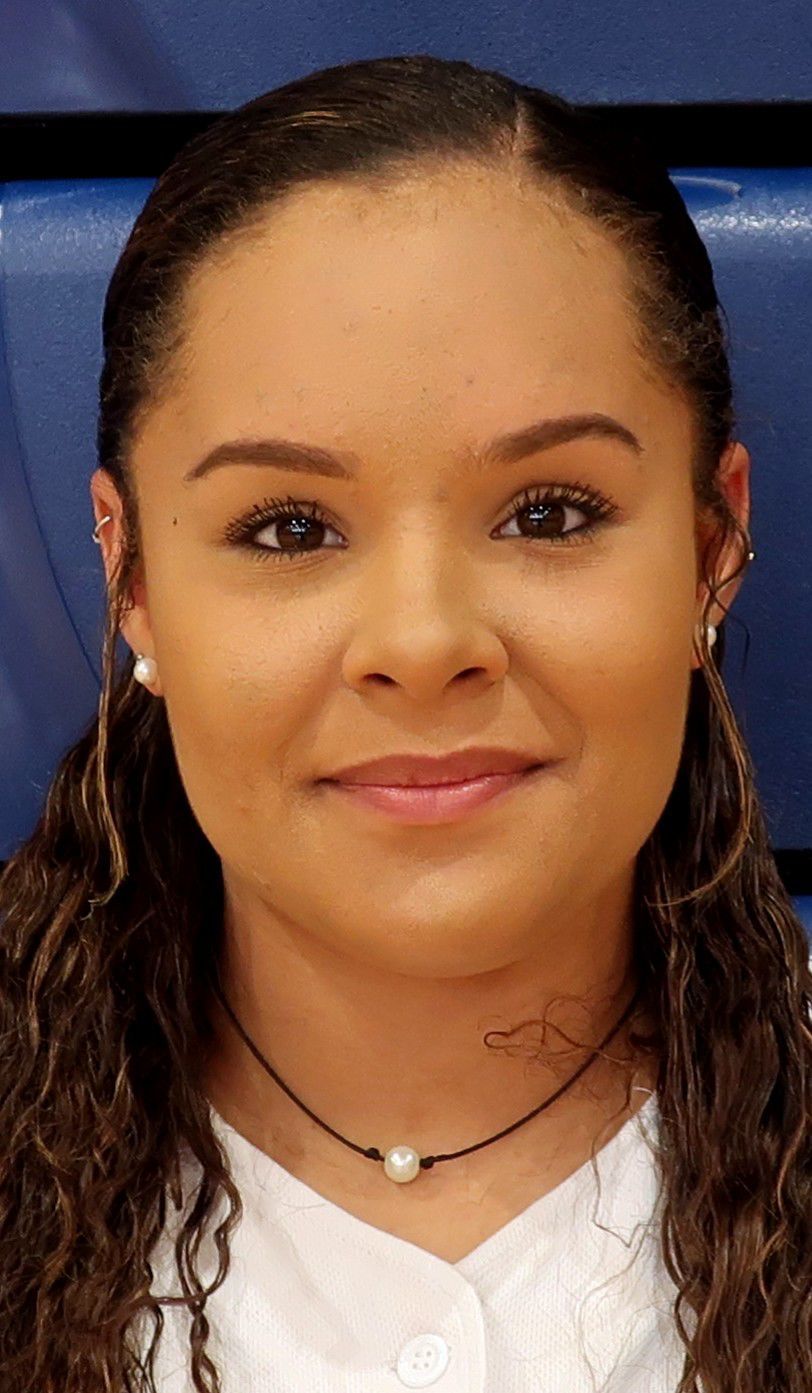 With spring high school sports canceled because of COVID-19, The Winchester Star is publishing a series of stories highlighting each spring sport. One senior from each team is being interviewed to provide their perspective. Today’s sport is softball.

Rosenberry has a future in the game. She’ll be pitching for Virginia Tech, a program that is now a contender each season in the ACC with strong potential to make the NCAA Tournament.

Rosenberry’s promising future doesn’t make the sting of the present feel any better.

“It’s been really tough realizing our senior season won’t happen,” said Rosenberry, the reigning Winchester Star Player of the Year. “This particular season we had eight freshmen come in and we took [five] on varsity. They were truly unbelievable and some of the best freshmen we could have asked for. I truly believe this was our year to go to states. We were hitting better than ever. In practices, we were turning double plays like it was three-quarters of the way through the season. It was just a connection I had never seen happen before in all my years of playing.”

Rosenberry also has a longstanding connection with her fellow seniors that now has ended.

“My first-ever Little League experience whenever I started playing softball, Afton, Mackenzie and I were on the same team,” she said. “We actually grew up playing together. We ended up playing four years of Little League and three years of travel ball together, so we were always around each other. Honestly, we’re a really good group of friends. I know that Afton has my back at first base and Mackenzie has my back in right field. There’s never a question whenever a ball gets hit that way. I was looking forward to get to play with them one last ride.”

Rosenberry, who went 16-6 with an 0.75 ERA in the circle and hit .500 with seven homers, has produced many memorable games, but the on-field memories that stick out always revert back to facing area rival Sherando.

“One of the best memories we definitely have is playing Sherando at home (an 8-2 win for the Northwestern District title in the regular-season finale last year). Everything always leads back to them,” she said. “It seems like the toughest game you play all conference. Rebecca Boone hits a grand slam. I remember looking at Afton telling her in the middle of the game, ‘We have this. It’s over.’”

She’ll miss a lot from off the diamond as well.

“Off the field, typically we do team bonding and different things like that throughout the season,” Rosenberry said. “Afton was always definitely the one where we rode around together. … Definitely at pre-game meals we were always at Chick-fil-A. Different times like that will always be missed before a game.”

Rosenberry will get to play again in Blacksburg, but she knows she’s leaving something special behind.

“The times with your friends are truly priceless,” she said. “It’s really sad now looking back how much we do take things for granted in life. I’ve really noticed that here lately, how I took a lot for granted. Now that it’s taken away, I realize how much I did have and how important my friends were to me and how important softball was to me.”

No area team had more seniors than Sherando and the Warriors were hoping that experience could lead to some big opportunities in the quest for a Northwestern District title.

Conner, who hit .471 with five homers and scored 30 runs last season, was especially looking forward to one more season with Strosnider and Smith. The three amigos have been playing together for a long time.

“I will miss playing with all the seniors, but especially those two,” Conner said. “Me and Sierra have played together since Little League and then we played travel ball together many years. With Lauren, we have grown close since freshman year. We were the little freshmen on varsity. We all hung out and worked hard together.”

They made a lot of memories over the seasons, especially clashes against James Wood where no win came easy.

“Any rivalry games, especially against James Wood, they were the most exciting times for me,” said Conner, who will play at Shepherd University. “One particular game for me was last year, Ashton Clark hit a walkoff home run in the bottom of the eighth inning (of a 3-1 win). That was one of the most exciting games.”

She’ll also miss the times away from games.

“We would eat together before the games,” Conner said. “Practices were always fun because everyone was always pushing each other to be better. We would do team bonding things like sleepovers and just hanging out outside of softball that was really fun as a team.”

Mammano has always brought enthusiasm for the Judges. She’s been a cheerleader during the fall and winter for the school.

But this spring, she won’t hear the cheers for her athletic accomplishments and that’s hard to accept.

“When we found out about school getting canceled for two weeks, I first found out that our season was suspended for two weeks,” Mammano said. “I honestly started crying because it was such a hard thing. I worked for this moment the past four years. All I wanted to do was play my senior year. I remember finding out when we were canceled and I was like, ‘Why? Why even try? This is annoying.’”

And what made it tougher was that Mammano felt confident that she was primed to have her best season ever.

“It was hard because we only got to play one scrimmage,” she said. “I did my part. I caught and I did what I was doing. I was doing great. My batting was great. I felt confident in the box for once in my whole high school career. It’s upsetting and it’s hard that I won’t get to carry out the season that I had so much potential for.”

While Krupsky was the lone other senior on the team, Mammano said the two had grown close like only battery mates can do.

“There’s a really special bond,” Mammano said. “I started playing my eighth-grade year and she started playing her freshman year. … We’ve always referred to each other as each other’s pitcher and catcher because you don’t get anybody else. I catch somebody else, but she only throws to me. She feels comfortable with me and I feel comfortable with her. It’s that special bond —0 she’s my pitcher and I’m her catcher.”

Mammano, who will study biology at Shepherd University, said she’ll always remember the process of how she and Krupsky grew as players from freshmen and one special moment.

The Pioneers had struggled over the seasons, but Pell saw promise heading into this season. Now Millbrook will never know if that would have led to a turnaround.

“It’s very difficult and it’s upsetting, too, especially with Millbrook’s team,” Pell said of losing a chance to play. “We’re obviously not as fundamentally good [in the past] as some other teams, but we’ve worked really hard and we made so much progress over the year. Finally like senior year to put it all together, we were going to be really good this year. Not to have it is disappointing.

“The amount of work that we put in in the offseason is very underestimated, especially this season,” added Pell, who hit .396 and scored 21 runs last season. “In our first scrimmage, we made great progress and that was just the first scrimmage.”

Not having known her fellow seniors previously, Pell credits softball for establishing lasting friendships over the years. She has been talking to them regularly during the pandemic.

Pell will play at Shepherd University and says she’ll leave with some lasting memories.

“Winning the Liberty game that we had my sophomore year by one run, everyone played their hearts out that game and we finally got the big win that we had been wanting,” she said. “That was a big moment for our team and motivation for us. It was that memory of us working together.

“Even if we came back from losing the game, we would still all have a good time on the bus, like play music. It was just always fun.”

While the future in softball is bright for several area seniors, the majority of them will never put on the uniform again.

“Every senior looks forward to their last go-around, especially the ones that aren’t planning to play farther on in their career,” said Ramey. “It was disappointing.

“... We have a lot of team dinners that we are missing out on this year,” she added. “I was really looking forward to Senior Night, having all of the girls show us [what they can do] and having a new coach [Fly Lambert] this year as well.”

Ramey, who hit .305 last season, was also anticipating playing again with her fellow seniors Trenary, who had not played for two seasons, and Unger.

Ramey, who is hoping to land a career as a K-9 trainer for police departments, enjoyed being around all of her teammates.

“The bus rides were always fun because all of the girls get along,” she recalled. “We all listened to music wherever we go. It was always something new.”

You can use the pdf tool for your studying