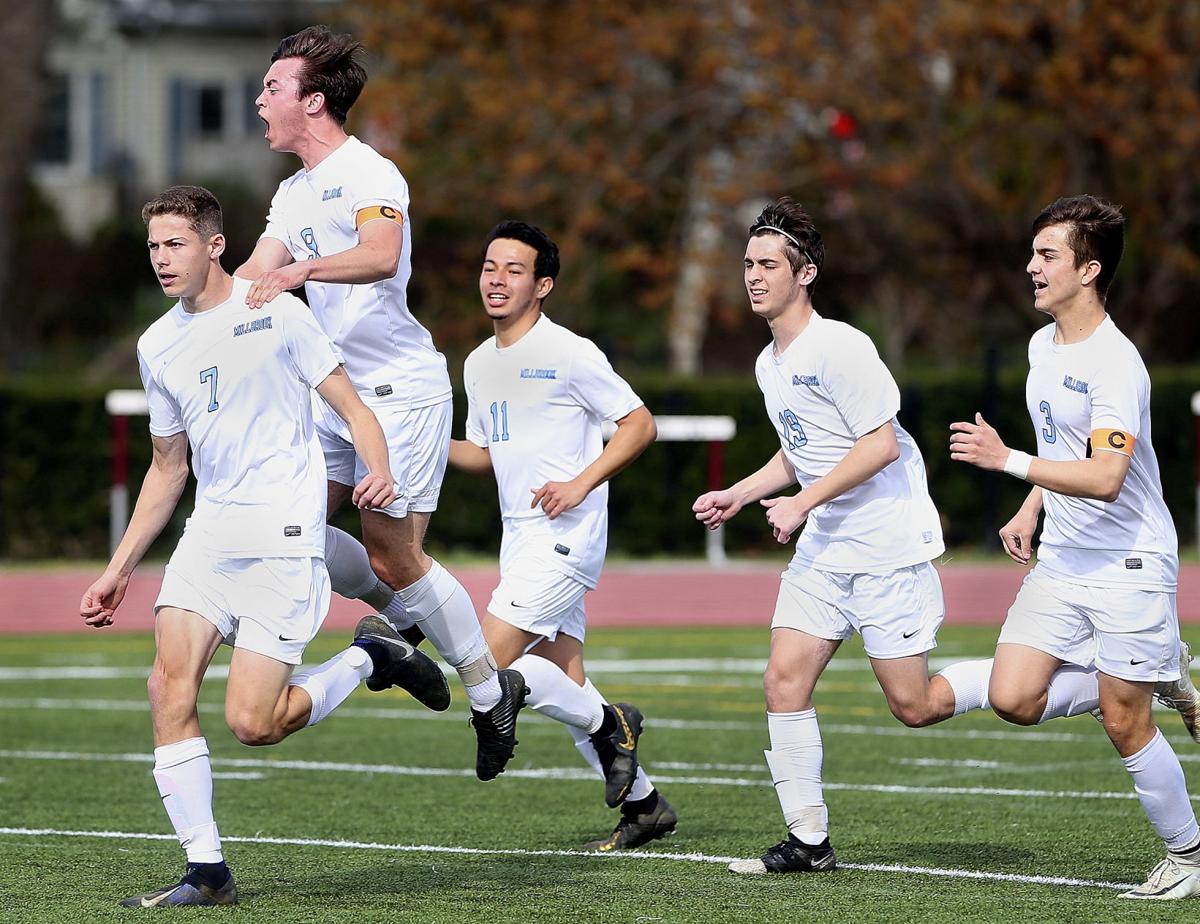 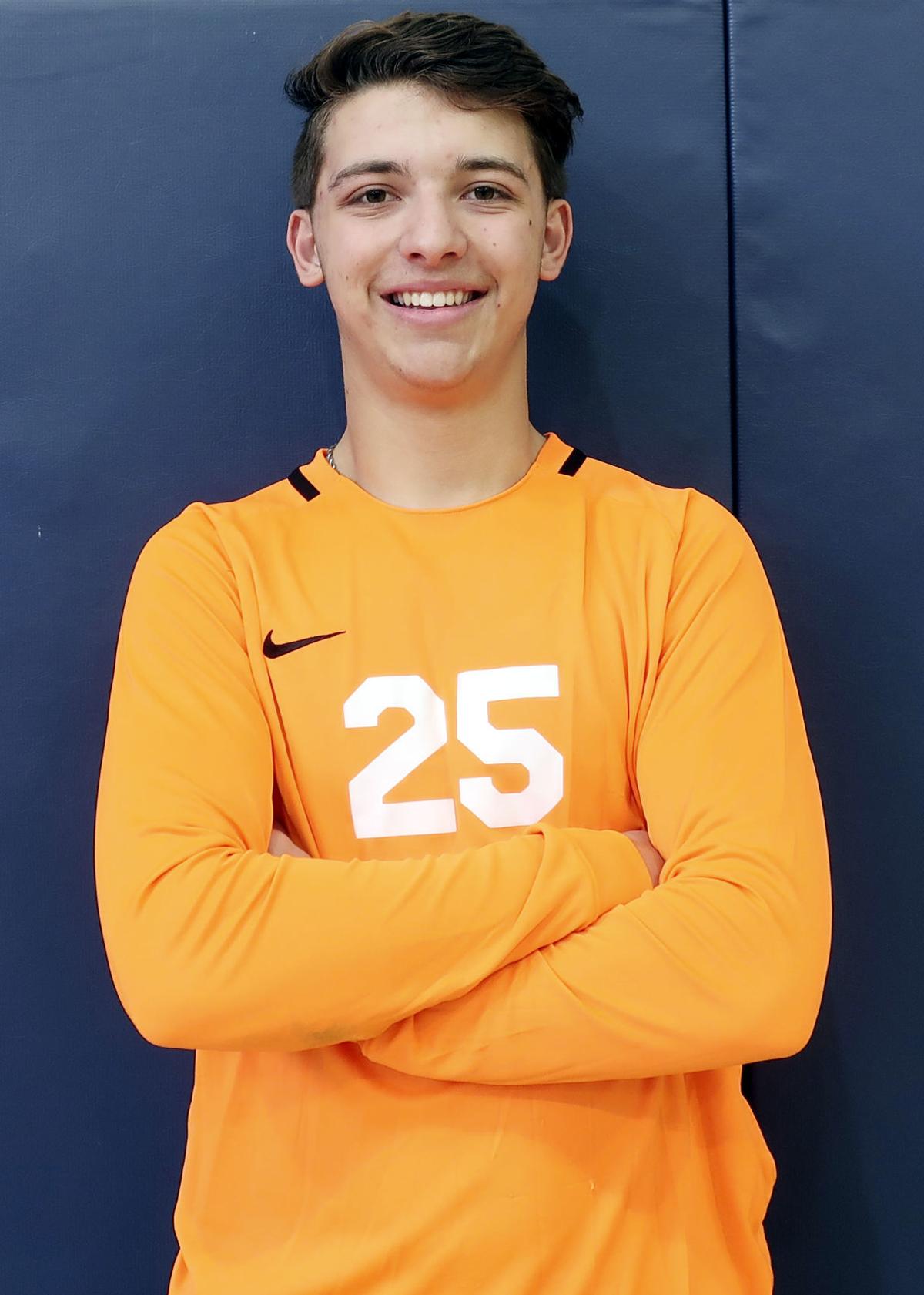 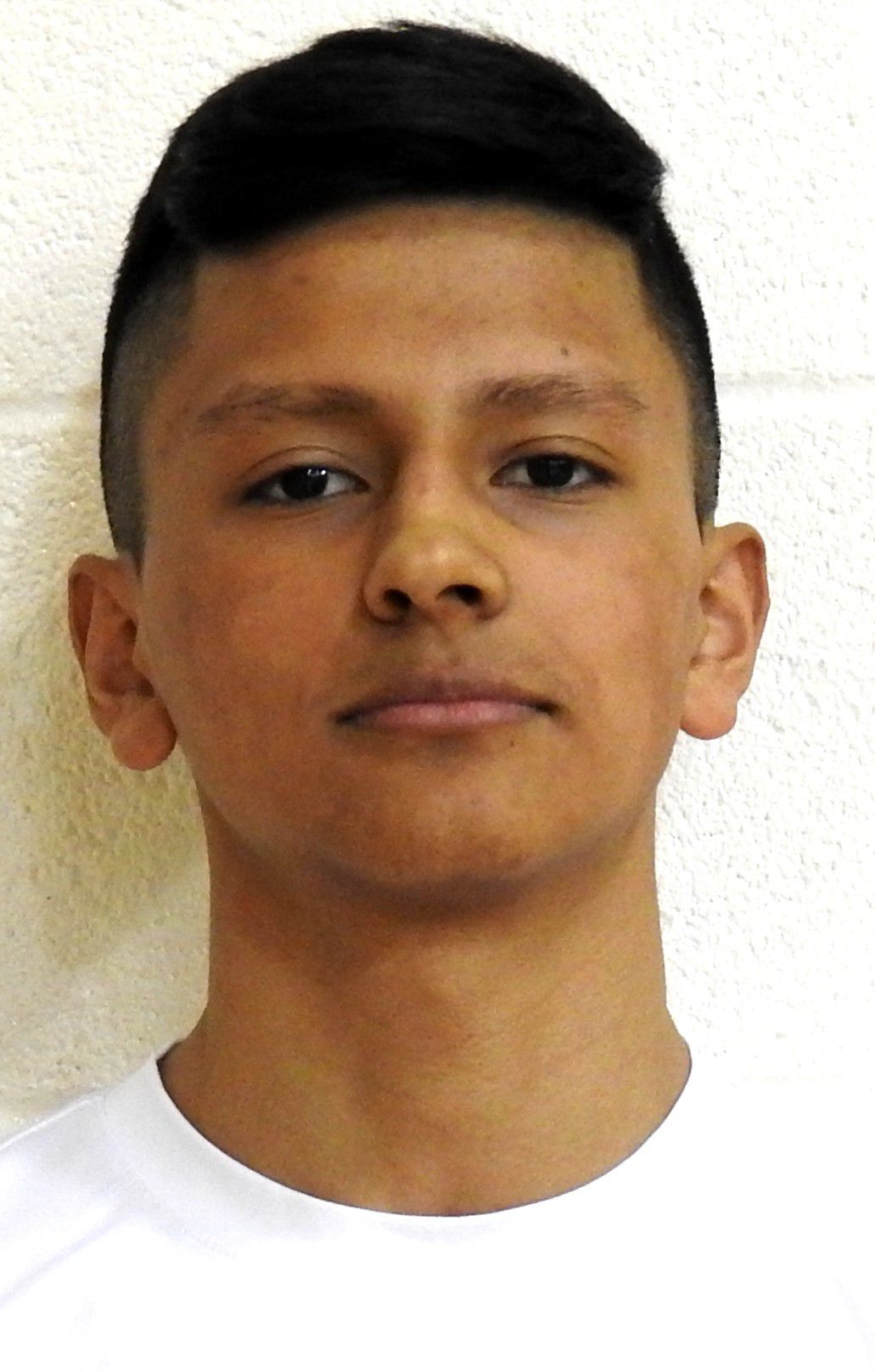 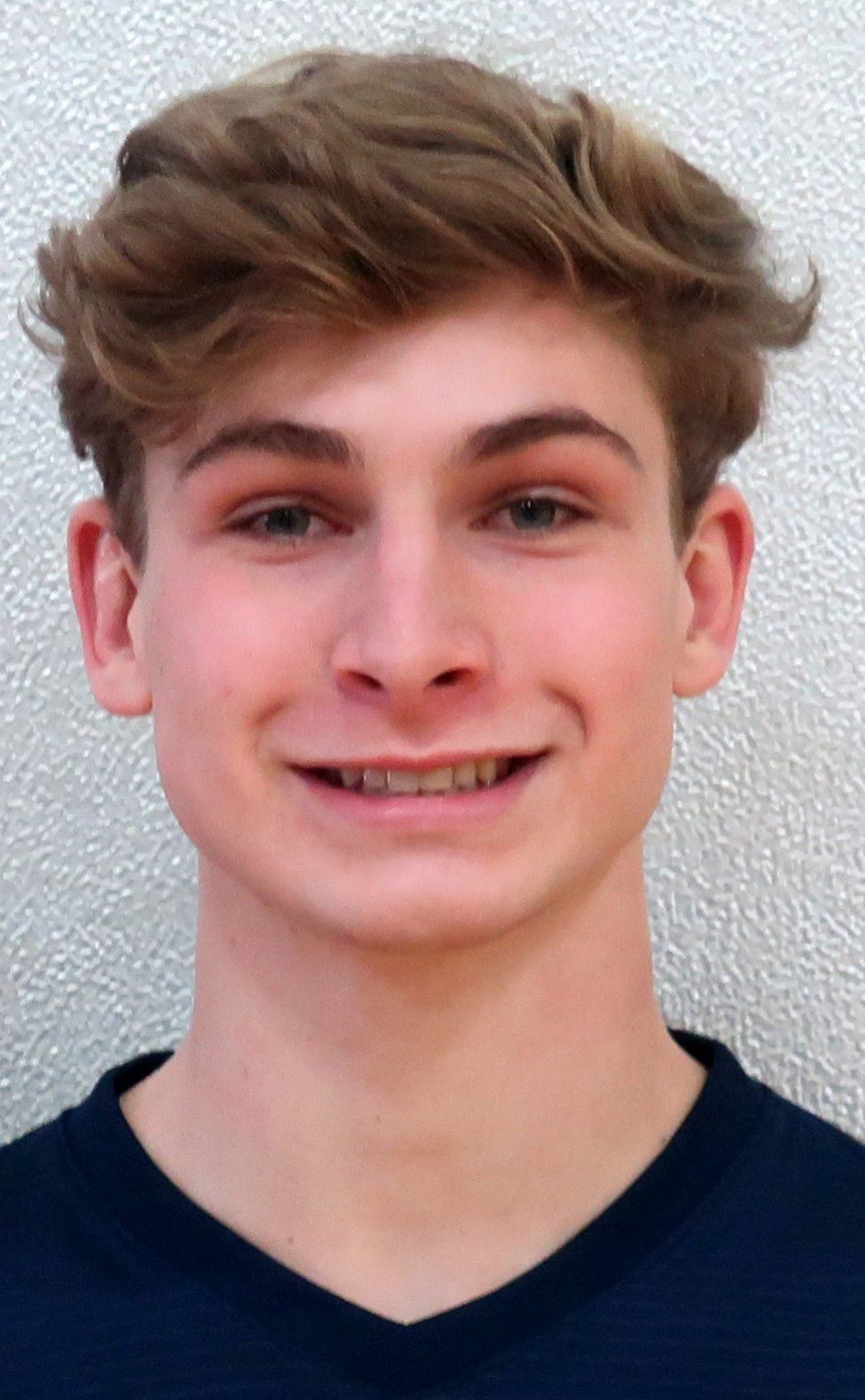 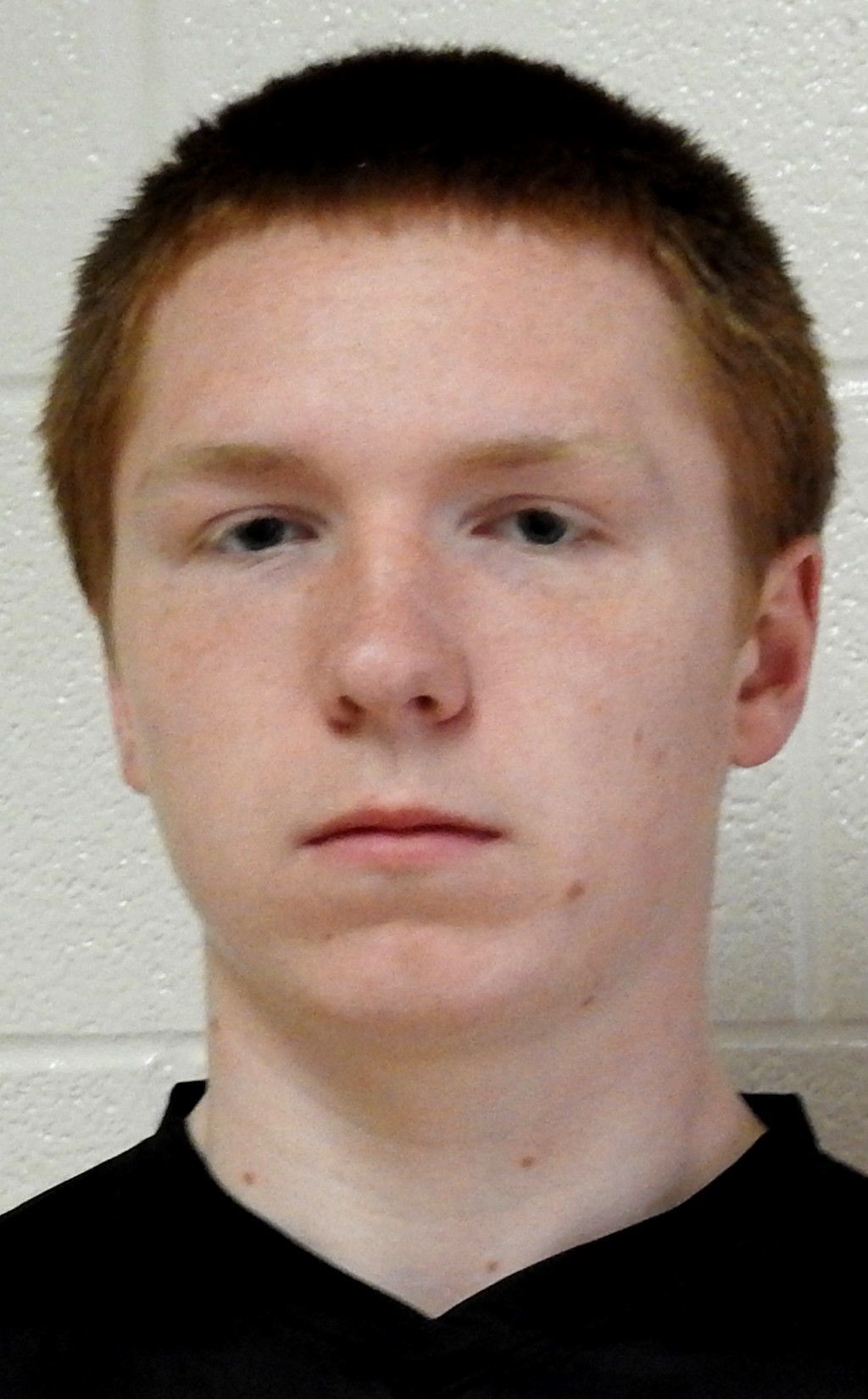 With spring high school sports canceled through the end of the school year because of COVID-19, The Winchester Star is publishing a series of stories highlighting each spring sport. One senior from each team is being interviewed to provide their perspective. Today’s sport is boys’ soccer.

With 10 returning starters and nine seniors, Perloff thought a Millbrook team that went 11-7-1 could advance to the Class 4 state tournament this year.

“We didn’t lose many seniors from last year, and our team had a lot of talent,” Perloff said. “Every senior on the team was motivated to go far. We had really good chemistry.”

Perloff said the team’s chemistry was evident on the field, but also off the field.

“The bus rides to the away games, we got each other hype before the game, so we would play well,” Perloff said.

Perloff is going to be continuing his soccer career at NCAA Division III Penn State Berks, where he will major in criminal justice. He won’t forget his teammates.

“It sucks I didn’t get to play with these guys one more year,” Perloff said. “Playing at Millbrook helped me make friends that I’m going to remember for the rest of my life.”

With George Mason and Central moving to the Class 3 Northwestern District this year, Mayo had strong aspirations for a team that had seven returning starters back last year. At 6-3-1, Clarke County was the only returning Bull Run team that had a winning record in district play in 2019.

“I think we could have won the district and maybe gone undefeated,” said Mayo, whose team was slated to play 14 of its 16 games against district foes.

With more than one-third of the team made up of seniors, there was certainly plenty of motivation to finish strong.

“I really appreciate how much we stood up together and had each other’s backs through all the years we played together,” Mayo said. “I was really looking forward to the bus rides with them and just goofing off on the bus.”

Mayo said his favorite memories were the two penalty kick saves he made during his career against George Mason.

Mayo — who will study mathematics at Wheaten College in Illinois — said it meant to lot to play for Eagles head coach Patrick Casey.

“It was a really big privilege to play under a great coach who played [at Clarke County] before me, and with some great guys,” Mayo said. “I just love Eagle pride and being able to step onto that field and play for my high school.”

Trejo said Handley’s senior class meant a lot to him.

“We were all united with each other,” Trejo said. “We had each other’s backs. Even though our season came to an end, we still had communication with each other, and we still tried to influence the younger players to do their best.”

Trejo said the 2018 season when Handley swept the Class 4 Northwestern District regular-season and tournament titles and advanced to the state tournament for the first time since 2004 is something that will stay with him.

“Just to make it to the state quarterfinals, it was an amazing run and experience,” Trejo said.

Trejo will study business and look to play club soccer at Virginia Commonwealth University, and possibly even try out for the varsity program.

Trejo said his soccer experience at Handley has been thoroughly enjoyable.

“I’ve had some of the best times of my life with the team,” Trejo said. “I’m really grateful for the opportunity to play for Handley. I just want to thank my coaches and my parents and all my friends for this journey.”

After James Wood went 10-6-1 last year, King was hoping the Colonels could win a district title this year with the addition of NCAA Division I soccer players Russell (Mount St. Mary’s) and Cornwell (George Mason). Russell was playing for the Colonels for the first time since he was a freshman and Cornwell had transferred from Mountain View Christian Academy.

“We were picking up speed last year, and I could see the potential we had in our scrimmages [against Strasburg and Clarke County],” King said. “It just kind of sucks we didn’t get to go all out and see what we could really do.”

King got a sense of how special the season could be long before preseason practice in February. King said James Wood went to a team camp at California University of Pennsylvania over the summer.

“It really bonded our team,” King said. “The atmosphere is serious but light-hearted at the same time. It’s a good mix of enjoying yourself and working hard.”

King said he appreciates not just the seniors on the soccer team, but the school’s entire senior class.

“People dress up for Spirit Week, go out to football games,” King said. “Everyone supports each other. It was really fun and cool to be a part of.”

King — who will major in marketing management at Virginia Tech and will probably try out for the school’s club soccer team — was glad he got to be a part of the Colonels’ soccer team.

“It’s been my life for the past four years,” King said. “I look forward to every practice, every game. I loved seeing my teammates become some of my best friends.”

Wagner said any chance he got to spend around his teammates was worthwhile. The Warriors (11-4-3 in 2019) were looking to defend their Class 4 Northwestern District regular-season title this season.

Wagner said he appreciated Sherando’s large senior class. This season would have been his final one with Rowe and Wilkins, both of whom he’s played with since he was 5 years old.

“[The seniors are] all hard-working individuals,” Wagner said. “They come to practice every single day prepared to be better. I pretty much developed my friendship [with Rowe and Wilkins] through soccer.”

“Watching the clock run down ... when it was over I just remember the absolute dogpile we did on our goalkeeper Spencer Scott,” Wagner said.

Wagner will study marketing management at Virginia Tech next year and plans to play intramural soccer. He won’t forget his time playing soccer at Sherando or Warriors coach Pat Anderson.

“It meant everything,” Wagner said. “Anderson is really a special person. Win or loss, at the end of the day he’s teaching us how to be young men. I feel like that’s not something a lot of coaches do. He definitely cares for his players, even if we don’t put up a ‘W’ at the end of the day.”