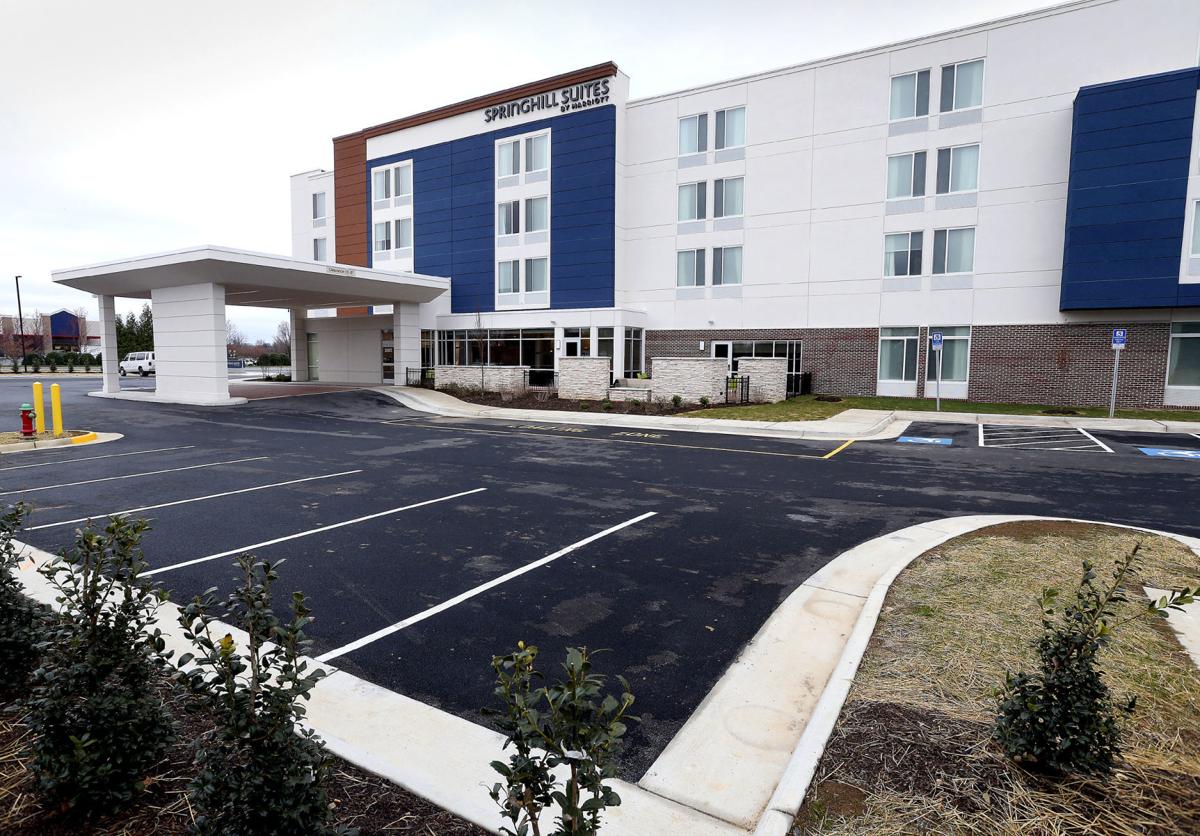 The new Springhill Suites by Marriott hotel at the Rutherford Crossing Shopping Center is seen Tuesday. Data from the Winchester-Frederick County Convention and Visitors Bureau show that hotels in the city and county have already lost nearly $1 million in potential revenues due to the COVID-19 coronavirus. 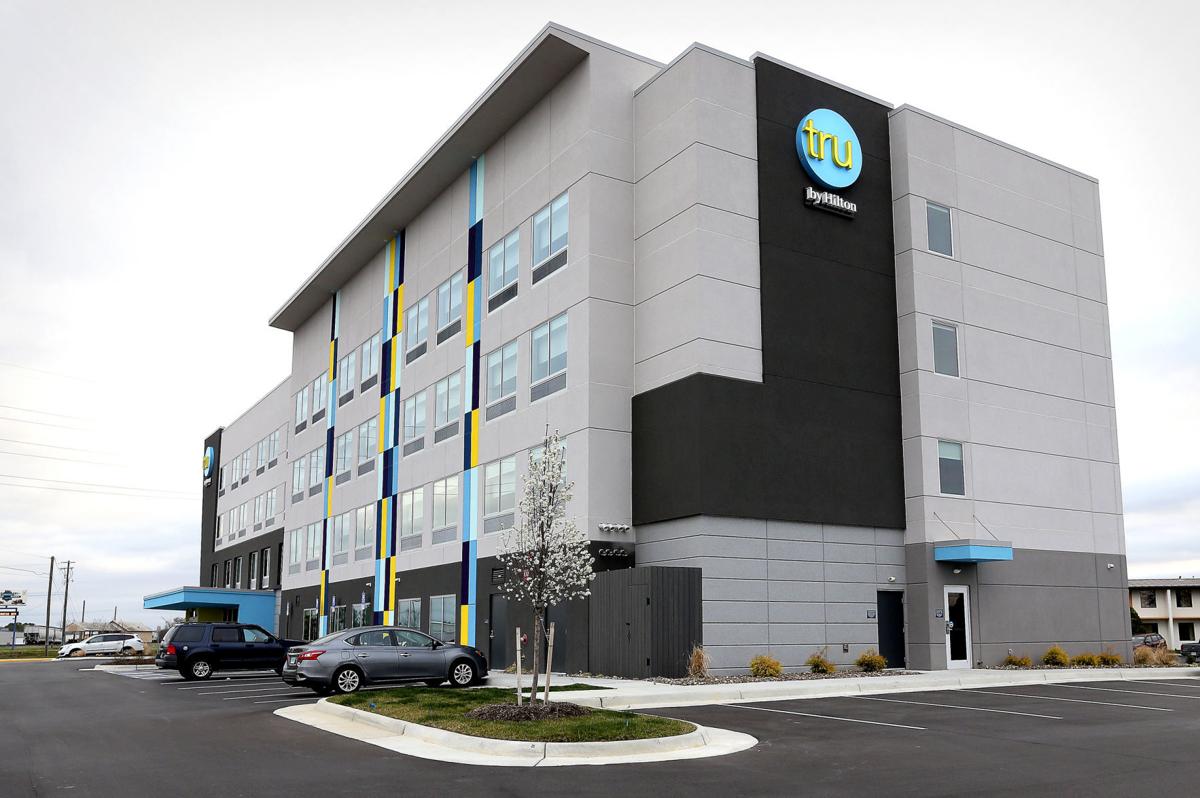 The new Tru by Hilton hotel off Welltown Road near Interstate 81 in Winchester on Tuesday.

The new Springhill Suites by Marriott hotel at the Rutherford Crossing Shopping Center is seen Tuesday. Data from the Winchester-Frederick County Convention and Visitors Bureau show that hotels in the city and county have already lost nearly $1 million in potential revenues due to the COVID-19 coronavirus.

The new Tru by Hilton hotel off Welltown Road near Interstate 81 in Winchester on Tuesday.

WINCHESTER — Pandemic-related travel restrictions have only been in effect for a short time, but they are already taking a toll on local hotels.

Data from the Winchester-Frederick County Convention and Visitors Bureau show that hotels in the city and county have already lost nearly $1 million in potential revenues due to the COVID-19 coronavirus, and no one can say when the economic free fall will end.

“Everybody is really going to hurt because of this,” the bureau’s executive director, Justin Kerns, said this week after detailing the grim state of the local hospitality industry in a letter to state and federal officials.

Kerns said there are 37 hotels, motels, inns and bed and breakfasts in Winchester and Frederick County. As of Monday, less than half of them had reported their statuses to the Convention and Visitors Bureau, but that was enough to paint a very bleak picture.

After just one week of dealing with the pandemic:

Average lodging revenues dropped by $59,528 per day. That represents a 41.25% decline in occupancy rates compared to this time last year.

$512,500 in anticipated revenues were lost due to cancellations of weddings, meetings and group events.

128 hospitality employees in Winchester and Frederick County were laid off.

The numbers could be even worse this week. Kerns said a significant number of Canadian travelers stayed overnight in the Winchester area last week while making their way back home, but that boost is over for the foreseeable future.

In recent days, the U.S. announced it was temporarily closing its northern border with Canada and limiting travel across its southern border with Mexico to slow the spread of the coronavirus. Americans in general are being advised by health officials to avoid nonessential travel. A 30-day ban on travel from a host of European countries to the U.S. also is in effect.

So far, only one local lodging facility — Pembroke Springs Retreat bed and breakfast in Star Tannery — has closed due to the pandemic. However, this month’s planned opening of Springhill Suites by Marriott, at 280 Market St. near Winchester, has been pushed back to June.

Kerns said local hotels are crucial to supporting tourism in Winchester and Frederick County. Last year, the tourism industry generated $273 million in direct spending in the city and county, paid more than $20 million in state and local taxes and supported 2,496 jobs.

In the letter Kerns wrote to U.S. Sens. Mark Warner and Tim Kaine, both D-Virginia; state Sen. Jill Vogel, R-Upperville; Del. Chris Collins, R-Frederick County; and Del. Dave LaRock, R-Hamilton, he said it was not his intent to deliver a dire prognosis for the local tourism industry.

“It is to simply make you aware as an elected official of the depth of impact that our lodging partners and their many frontline employees are feeling now and into the near future,” he wrote.

Kerns said the goal of his letter was to make elected officials aware of the situation so they can support any initiatives to help businesses that are losing tourism revenues due to the pandemic.

“There’s a lot of people going through this, not just us,” he said in a Monday afternoon telephone interview.

According to data from the U.S. Travel Association and Oxford Economics, the national lodging industry could be facing many more months of hardships. COVID-19 is expected to strip away 80% of potential lodging revenues this month, 70% next month and 55% in May. While a gradual recovery is projected for the remainder of the year, revenues in October, November and December are still expected to be 15% below normal.

Kerns said the Convention and Visitors Bureau will continue to support and promote its hotel partners, but he anticipates limitations on his agency’s marketing abilities because a significant portion of the bureau’s annual budget is tied to proceeds generated by Frederick County’s lodging tax.

While this will be a challenging year for hotels and the overall tourism industry, Kerns said the pandemic will eventually end and people will be eager to travel once again.

“Of course we’re going to bounce back,” he said. “We just don’t know how long it’s going to be.”