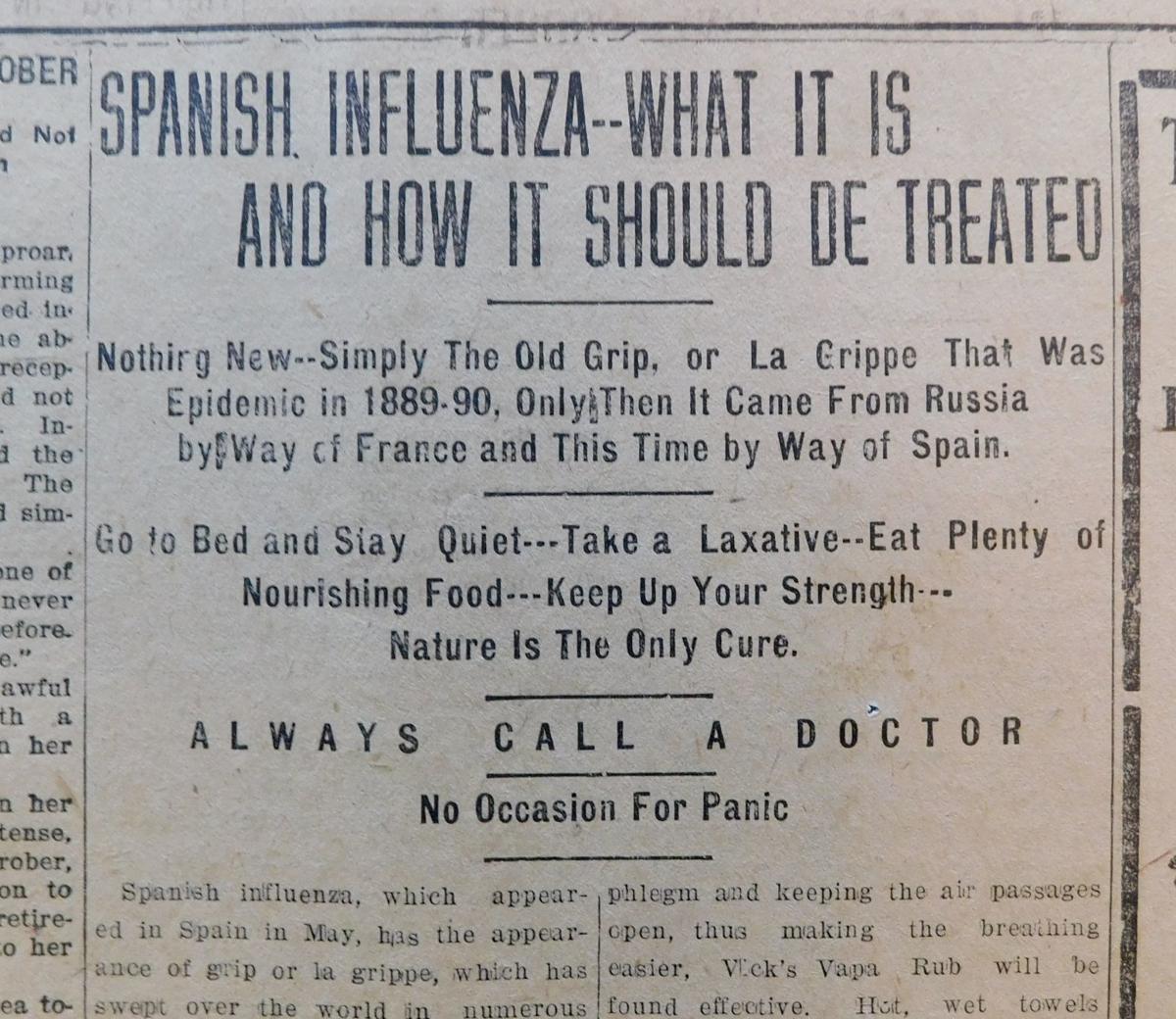 An article that appeared in the Winchester Evening Star throughout October and November 1918 contained questionable advice about battling the Spanish flu. For example, it is not known how laxatives would help a person recover from the virus. 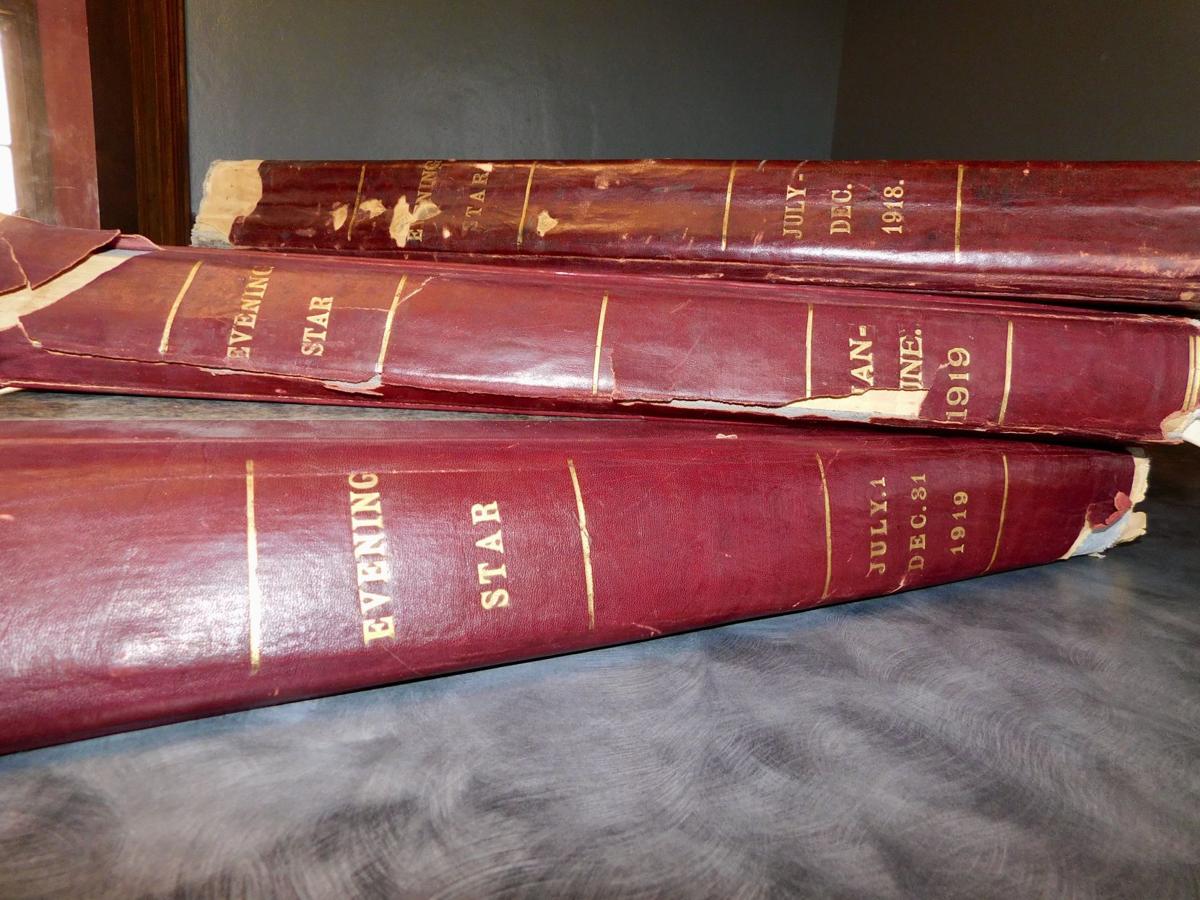 Reports of how the Spanish flu impacted the Northern Shenandoah Valley are contained in these bound volumes of the Winchester Evening Star from 1918 and '19. The pandemic always played second fiddle to other events of the era, including World War I, race relations and Prohibition. 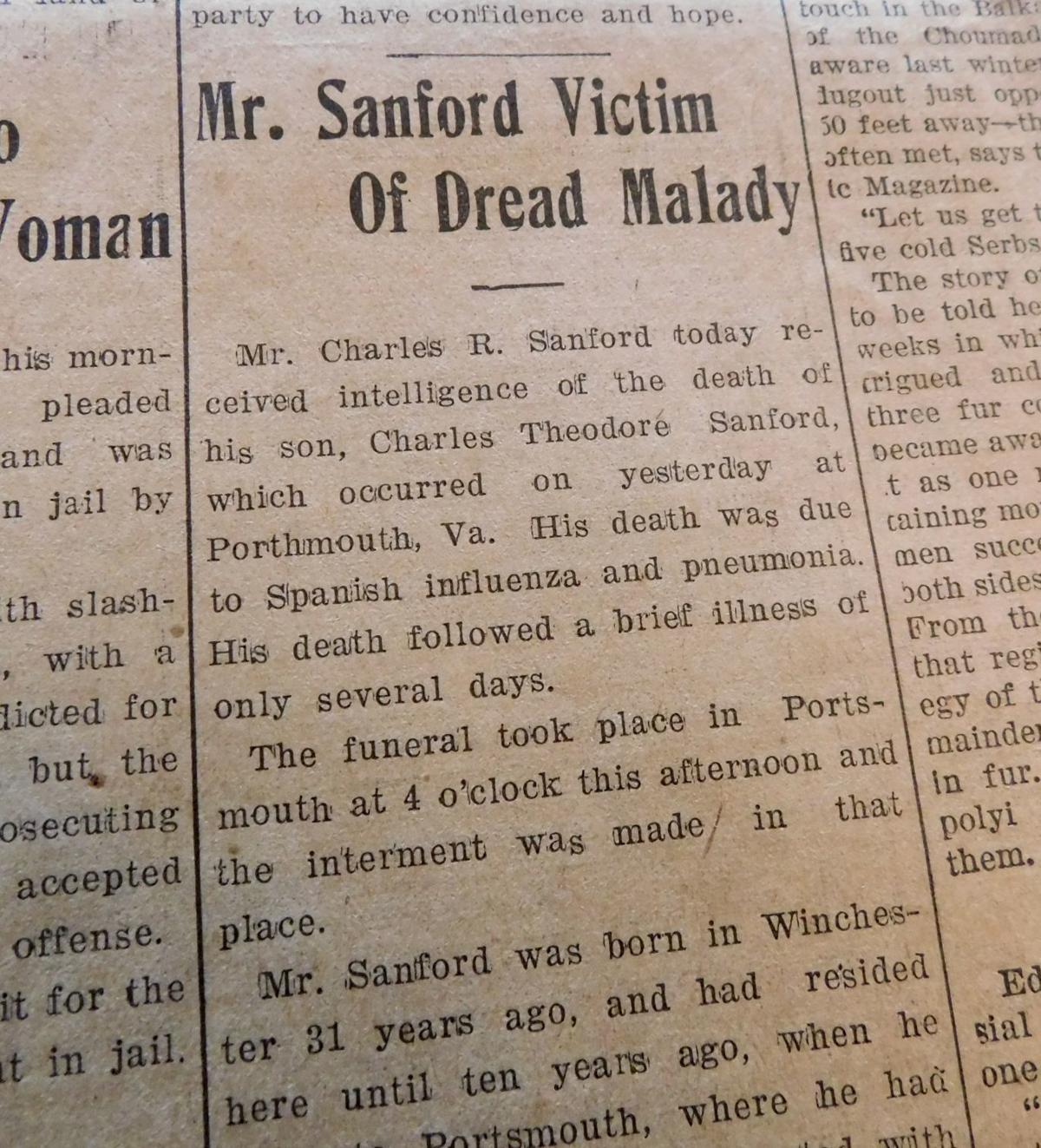 One of the first mentions of Spanish flu in the Winchester Evening Star appeared in this article on Oct. 1, 1918. Unlike today's COVID-19 pandemic, the Spanish flu was never trumpeted in the Star with banner, front-page headlines.

An article that appeared in the Winchester Evening Star throughout October and November 1918 contained questionable advice about battling the Spanish flu. For example, it is not known how laxatives would help a person recover from the virus.

Reports of how the Spanish flu impacted the Northern Shenandoah Valley are contained in these bound volumes of the Winchester Evening Star from 1918 and '19. The pandemic always played second fiddle to other events of the era, including World War I, race relations and Prohibition.

One of the first mentions of Spanish flu in the Winchester Evening Star appeared in this article on Oct. 1, 1918. Unlike today's COVID-19 pandemic, the Spanish flu was never trumpeted in the Star with banner, front-page headlines.

“It is the raw material of history; it is the story of our own times.” — Henry Steele Commager, 1951

WINCHESTER — In 1918, there was no internet, no cable TV, no 24-hour networks. The first radio news broadcast was still two years away.

Newspapers were the only game in town.

During World War I, America's newspapers limited the amount of bad news — battle-related and otherwise — coming out of France, Germany, the United Kingdom and the United States. However, Spain remained neutral during the war, so journalists were free to report on conditions in that country.

When a new H1N1 virus started spreading across Europe in 1918, most reports of the disease focused on what was happening in Spain, so the public believed Spain was at the epicenter of the pandemic. As a result, the virus became known as Spanish influenza, even though no one can say where it originated.

The Winchester Evening Star, which later became The Winchester Star, never trumpeted Spanish flu-related stories with the type of banner, front-page headlines like those generated by today's COVID-19 pandemic. Usually, mentions of the virus were limited to brief stories about community deaths, with one of the first reports appearing on Oct. 1, 1918, in an article titled, "Mr. Sanford Victim of Dread Malady."

Mr. Charles R. Sanford today received intelligence of the death of his son, Charles Theodore Sanford, which occurred on yesterday at Portsmouth, Va. His death was due to Spanish influenza and pneumonia. His death followed a brief illness of only several days.

The flu may have been brought to Winchester by U.S. Army soldiers who had been stationed at Camp Lee, site of one of the first Spanish flu outbreaks in Virginia. Ninety-eight soldiers from the camp were sent to Frederick County on Sept. 27, 1918, to help harvest the local apple crop, and some of them quickly fell ill.

The third United States soldier to die of the influenza epidemic passed away this afternoon at [Winchester] Memorial Hospital, when Howard Wise expired. Wise was one of the company of soldiers from Camp Lee sent here to help gather the apple crop, and was stricken with influenza about a week ago.

On Oct. 9, 1918, the newspaper published a front-page article titled, "Don't Be Scared Over Influenza."

Dr. Walter Cox, secretary of the Winchester Board of Health, today gave out a statement which is indeed reassuring, when he says that neither Winchester nor Frederick County is in the throes of any epidemic of influenza. He declares that we are almost free from the malady, and that a census of the number of cases of influenza now under treatment by Winchester physicians is scarcely more than the normal number of such ill persons usually sick at this time of changeable weather.

Directly beneath that story was an article from White Post, "Thomas Ashby Is Dead from Flu," that contradicted the doctor's assurances:

Mr. Thomas Ashby, aged about 25 years, son of Mr. and Mrs. T.R. Ashby, of this place, died early last Saturday at his home, after a brief illness. He contracted influenza last week and pneumonia developed, hastening the end.

More bad news followed the next day in an article titled, "Another Soldier Dies from Malady."

The fifth soldier to die from the influenza epidemic since they arrived here from Camp Lee, Va., to assist in gathering the apple crop of the county, succumbed at Memorial Hospital today.

Reports of people dying from influenza and pneumonia continued for several more weeks, with perhaps the most honest assessment of the Spanish flu's toll on America appearing in a Nov. 19, 1918, article titled, "Flu a Greater Foe than Huns."

The recent epidemic of influenza in the United States caused more deaths than occurred among the American expeditionary forces from all causes from the time the first unit landed in France until hostilities ended. This announcement by the Census Bureau was made on special estimates of the total casualties of the overseas reports and reports from 46 cities, having a combined population of 23,000,000, which showed 82,306 deaths from flu and pneumonia from Sept. 9 to Nov. 9.

That was one of the last times the Spanish flu was mentioned in the pages of the Winchester Evening Star. While deaths from influenza and pneumonia continued to be printed as late as September 1919, scant few of those articles referenced the H1N1 virus.

To this day, no one knows for sure how many lives were claimed by the Spanish flu. Global death estimates range from 17 million to 100 million.

A century later, there is no question about how much the COVID-19 pandemic has impacted the world. Today's Winchester Star is dominated by coverage of the virus, and the numbers of confirmed cases and deaths are updated daily by the World Health Organization and the Centers for Disease Control and Prevention.

Had that been the case a century ago, perhaps Winchester residents would have learned what happened to their neighbors in Shenandoah County. The following report appeared in the Winchester Evening Star on Dec. 30, 2018, and no follow-up story was ever published.

The Spanish influenza situation is reported to be serious in parts of Shenandoah County. In the Saumsville section, there are said to be 63 cases of the disease, some of the cases being critical. A number of deaths have occurred, and it is feared that many more will result.