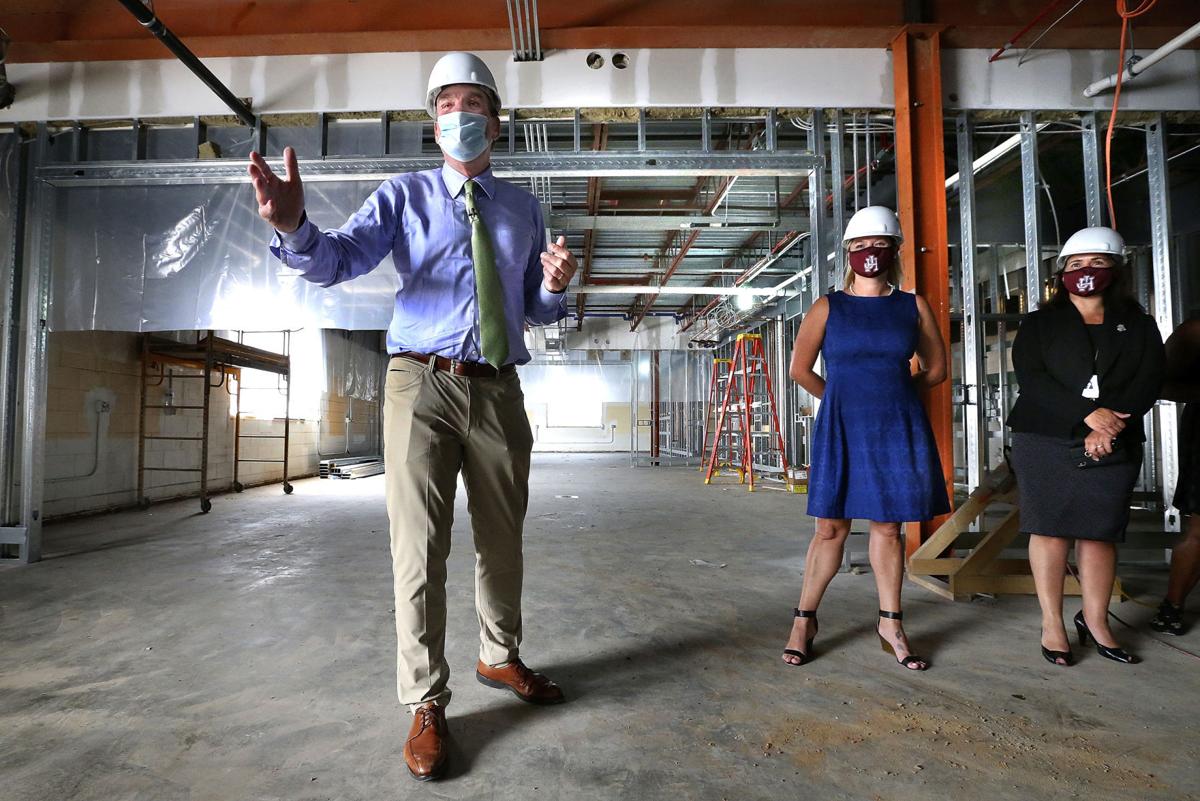 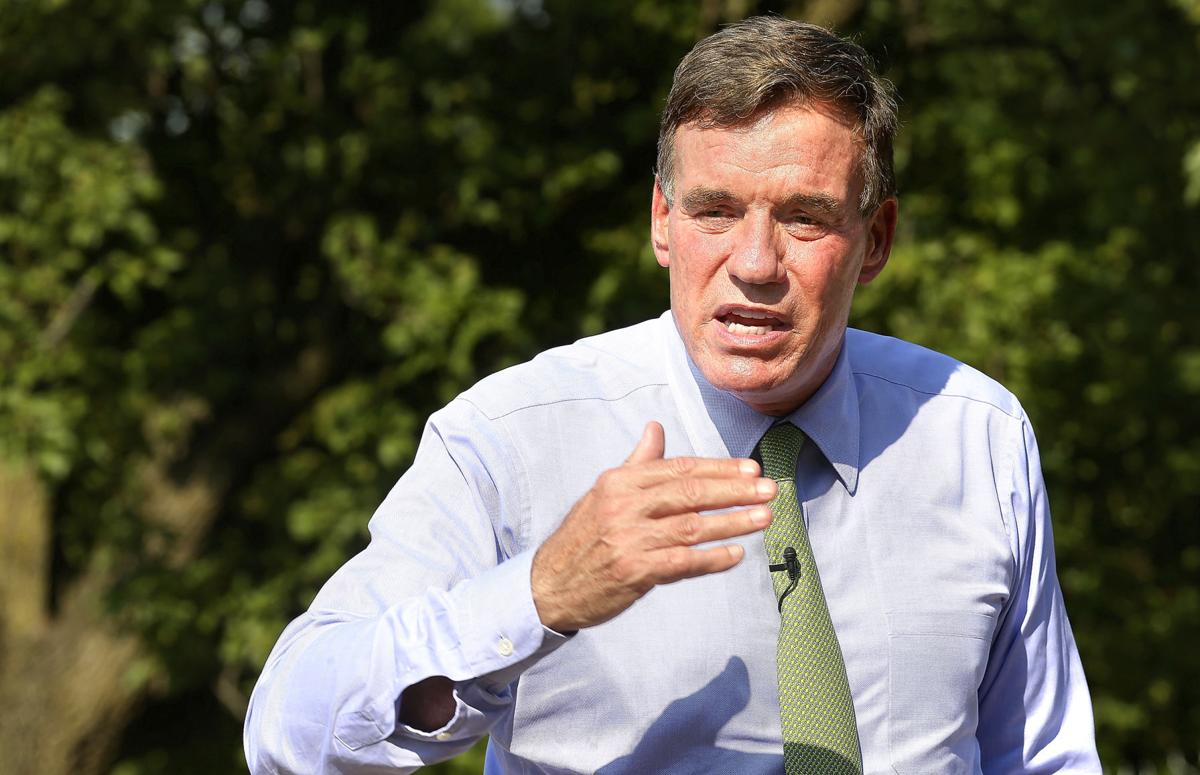 U.S. Senator Mark Warner (D-Va.) speaks outside the Emil and Grace Shihadeh Innovation Center in Winchester after touring the facility on Wednesday.

U.S. Senator Mark Warner (D-Va.) speaks outside the Emil and Grace Shihadeh Innovation Center in Winchester after touring the facility on Wednesday.

WINCHESTER — As U.S. Sen. Mark Warner (D-Va.) toured the Emil & Grace Shihadeh Innovation Center that's under construction on Jefferson Street, he noted how important skills in advance technologies will be in the post-coronavirus economy.

"The post-COVID economy is going to look different than the pre-COVID economy," Warner told local officials on Wednesday afternoon. "It's going to move the digital economy forward 10 years."

He added that he thinks about 10% to 20% of jobs lost as a result of the coronavirus won't be coming back, which will require people to require new skills for the growing digital workforce.

The Innovation Center, located in the former John Kerr Elementary School, will be a hub for Career and Technical Education (CTE) classes for Winchester Public Schools. It will house academies for health sciences, advance technologies and professional skills. Students are slated to start attending classes there next fall.

Warner, who is seeking election to his third six-year term on Nov. 3, said he has been a proponent of CTE, both as governor of Virginia (2002-06) and as a senator since 2008.

He said during the tour that the coronavirus pandemic has caused people to rethink the definition of essential workers, adding that it's not just medical professionals, but also other occupations such as welders.

Non-CTE courses also will be offered, such as English, which will enable teachers to collaborate across disciplines.

Warner told officials he was impressed with that component.

"I've seen a lot of CTE centers," Warner said, but not one as extensive as Winchester's.

When it comes to the economic toll the coronavirus has taken on the Northern Shenandoah Valley, Warner said he believes more assistance is still needed for small businesses and those who are unemployed.

"People are kind of holding on, but they need that next wave of help," Warner told The Winchester Star. "I think they're waiting on Washington to do our job."

Warner said Congress should not be in recess right now and should instead be working on a second federal coronavirus relief package. He believes the first Coronavirus Aid, Relief, and Economic Security (CARES) Act saved the country from going into an economic depression.

"I would take a compromise over the perfect bill right now to make sure people we know have that little bit of runway," he said.

Warner, who is vice chairman of the Senate Intelligence Committee, is being challenged on the November ballot by Republican Daniel Gade, a retired Army lieutenant colonel who was seriously injured in Iraq in 2005. In 2014, Warner narrowly beat GOP challenger Ed Gillespie.

"I think I have a record that has shown [it's] about getting results, not about partisanship," Warner said. "I think the country really needs people who are going to go Washington and get things done and not just blame the other side."

He noted that 70% of all bills he has worked on in the Senate have had a Republican partner.

Gade has said he won't be a "rubber stamp" for President Donald Trump but that Trump "is good on the policies that I care about," The Associated Press reported.

Democrats are not good for the economy.

Really? I guess the 2008 financial crisis was completely reverted in 2016?

Yes Mark, I agree it is going to look different. It will have Daniel Gade as our Senator.

Who is that? The guy whose platform is "hey, I'm a vet that loves Trump!"?