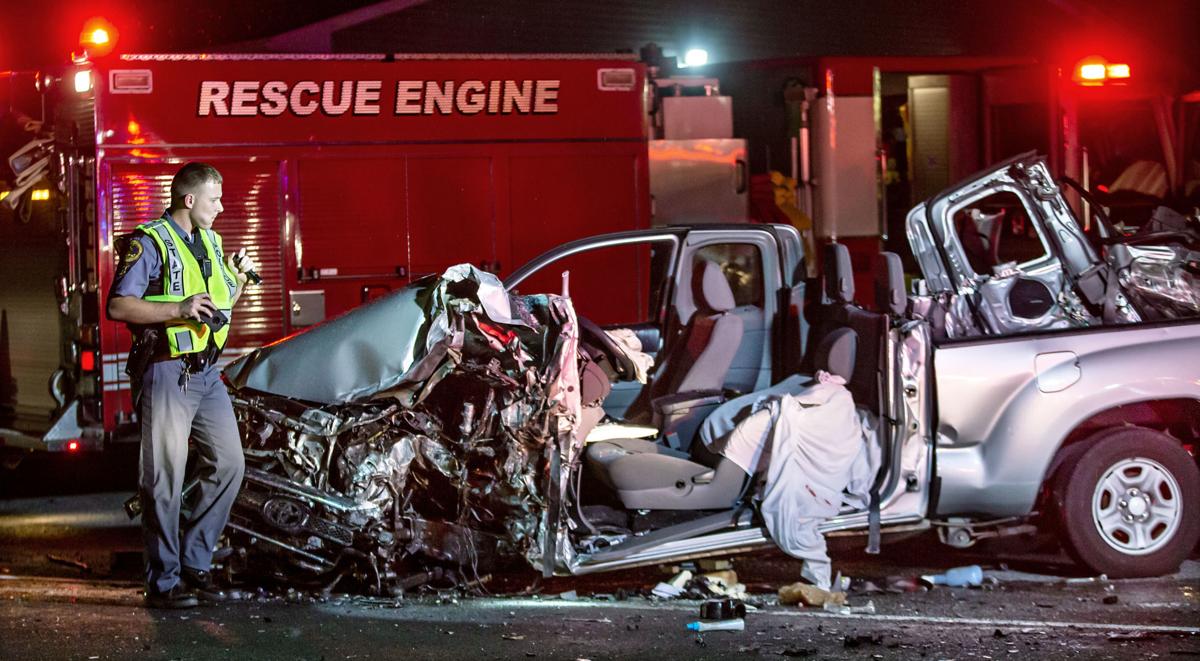 Virginia state trooper A.F. West walks around this pickup truck that crashed into a fire truck on Strasburg Road at Homestead Drive on Thursday night. 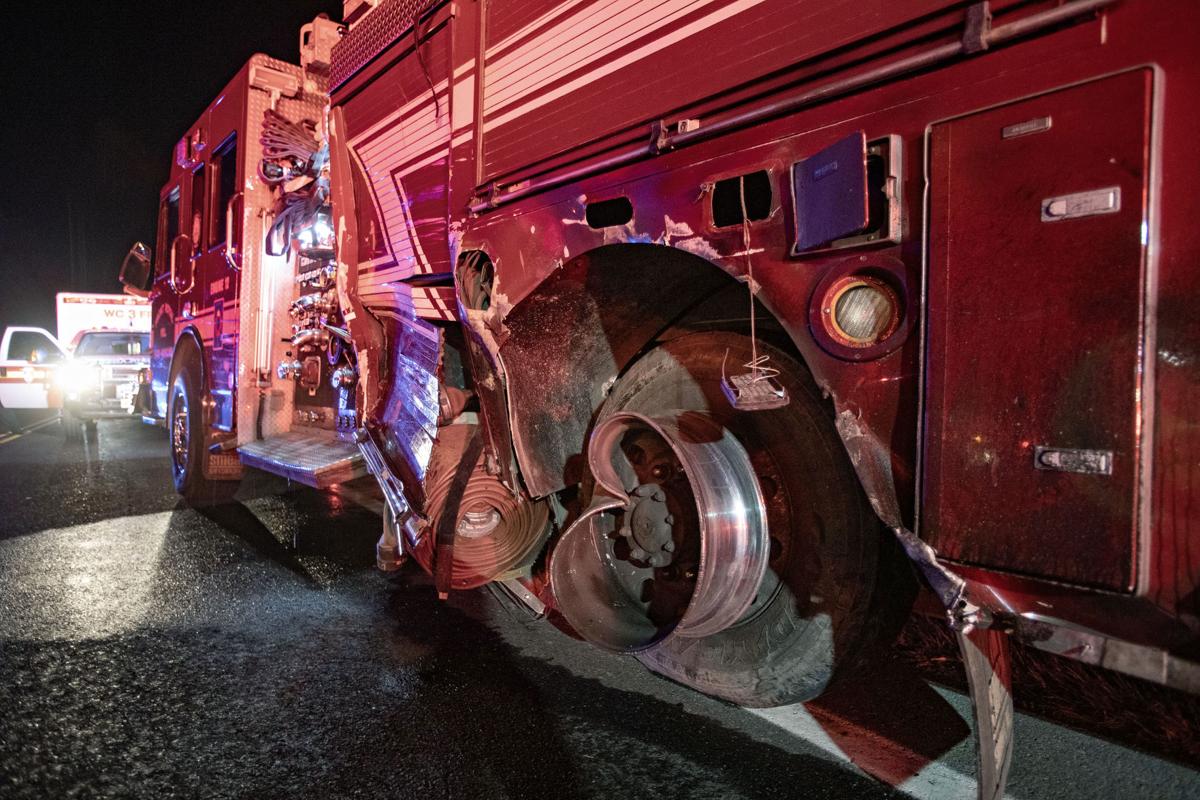 Front Royal’s fire engine rests off the roadway after it collided with a pickup truck.

Virginia state trooper A.F. West walks around this pickup truck that crashed into a fire truck on Strasburg Road at Homestead Drive on Thursday night.

Front Royal’s fire engine rests off the roadway after it collided with a pickup truck.

A Front Royal man was flown to a hospital following a collision with a Front Royal Fire engine Thursday night.

The accident occurred in the area of Strasburg Road and Homestead Drive just before 6 p.m., according to a news release from the Warren County Fire and Rescue Department.

Engine 1-Bravo from the Front Royal Volunteer Fire Department had responded to the report of a crash in the area of Strasburg and Fort Valley roads just prior to the accident, Fire Marshal Gerry Maiatico said by phone Friday.

The fire engine was returning to headquarters when it collided with a pickup truck occupied solely by the driver, the release states.

The crew of the engine consisted of a volunteer driver/operator and two paid responders, the release stated.

The fire truck was traveling east on Strasburg Road when it swerved to avoid hitting an eastbound vehicle that had stopped to make a left turn, Coffey stated.

The fire crew found the driver of the pickup truck was entrapped, Maiatico said. Other fire station members relieved the firetruck crew after about 15-20 minutes, Maiatico said.

Responders used the “jaws of life” equipment, which uses hydraulic power to cut through cars, during the extrication, Maiatico said. It took about 30 minutes to extract the driver from the pickup truck, Maiatico said.

The driver of the Tacoma, a Front Royal man, suffered serious but non-life threatening injuries and was flown to INOVA Fairfax Hospital for treatment, Coffey stated. He was wearing a seat belt, Coffey stated.

The three firefighters involved in the crash were transported to Warren Memorial Hospital and released without significant injury, the release states. They were all wearing seat belts, Coffey stated.

The firefighters are expected to return to work within the next few days following a “rest and relaxation period,” Maiatico said.

“No matter the situation...they’re always ready and willing to serve our constituents in a time of need,” Maiatico said of the crew's response to help the Tacoma driver after being in the crash themselves.

Fire Chief James Bonzano requested a full, independent investigation to be conducted by the Virginia State Police, the release states.

"We and staff are fully cooperating with the Virginia State Police's investigation," Maiatico said.

Bonzano also ordered an administrative review of the incident to determine the actions leading up to, during, and directly after the accident, Maiatico said.

"That'll provide us the opportunity to see what in the future can be done to prevent or assist in training and education to ensure this doesn't happen again," Maiatico said.

The department has countywide training standards that go "above and beyond" state minimum requirements for emergency vehicle drivers, said Maiatico, adding that, "We don't believe that training and experience was a factor in the crash."