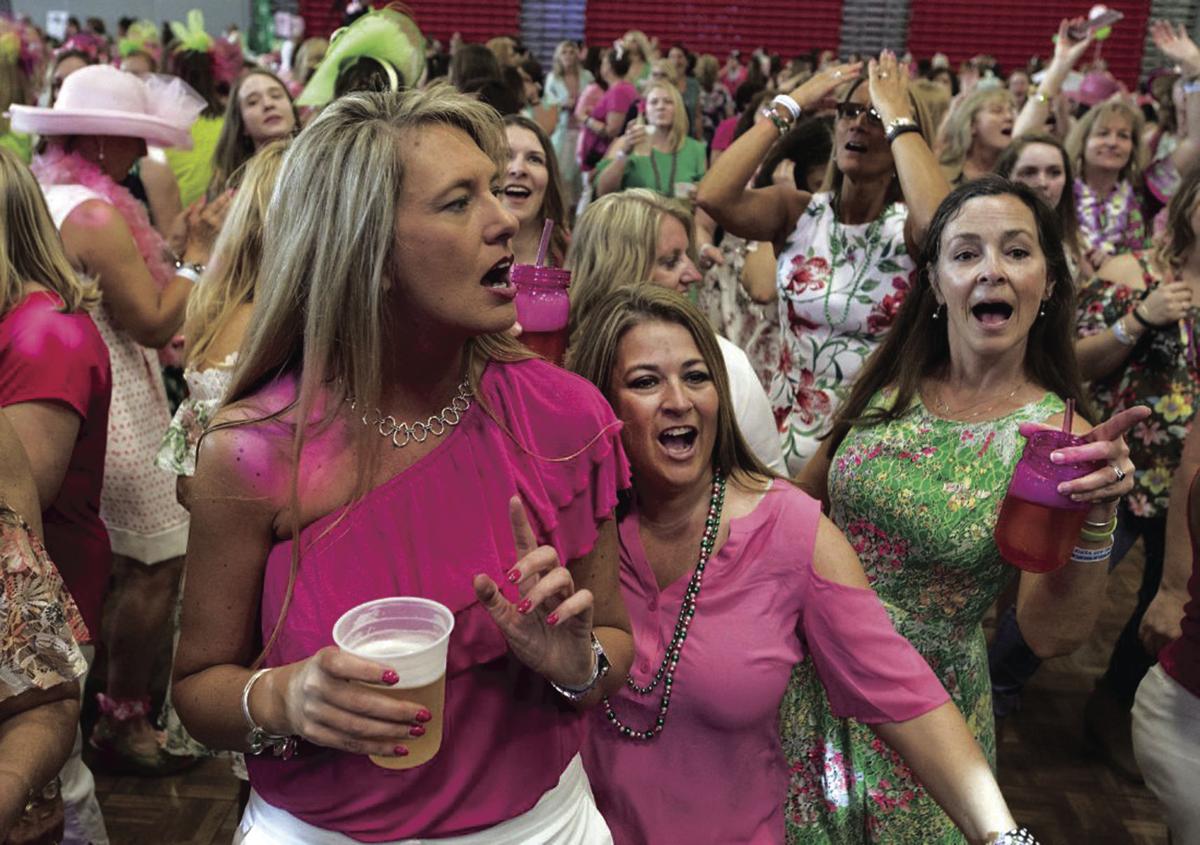 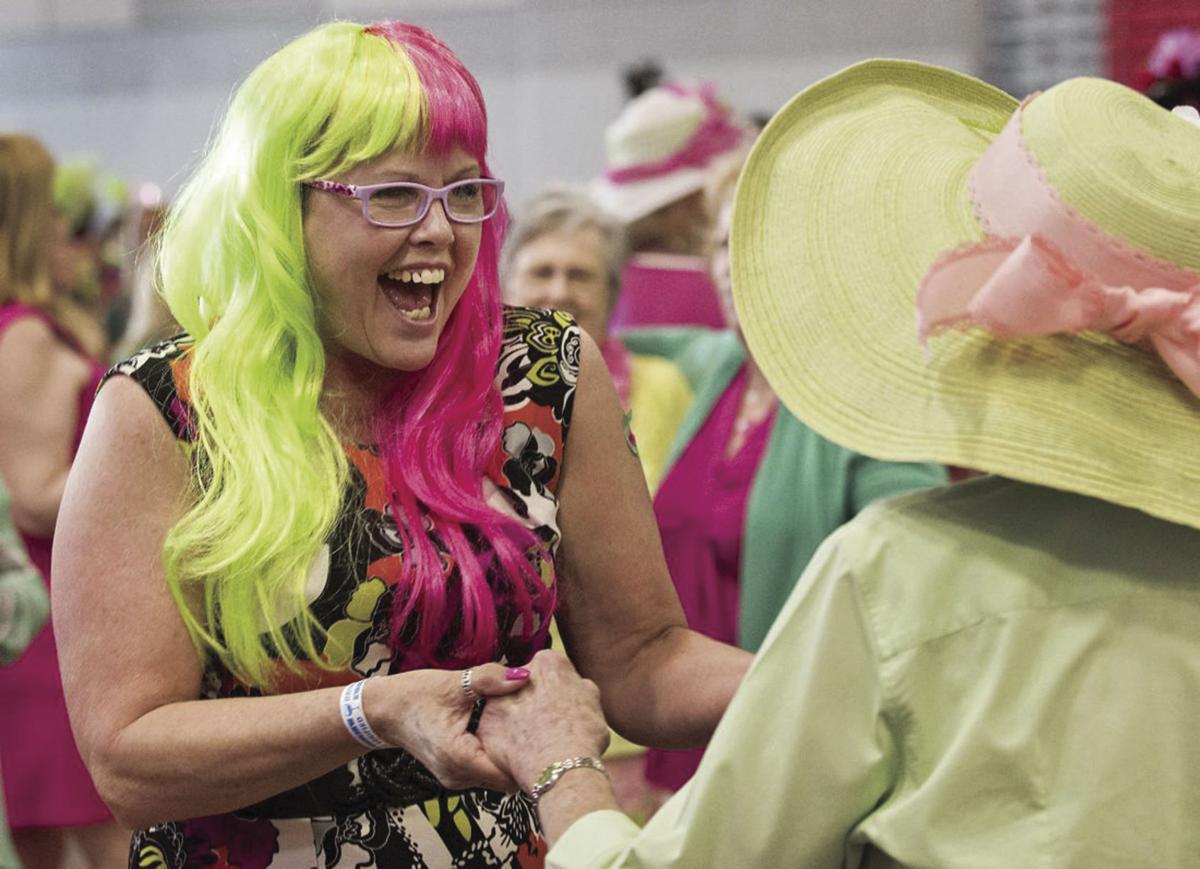 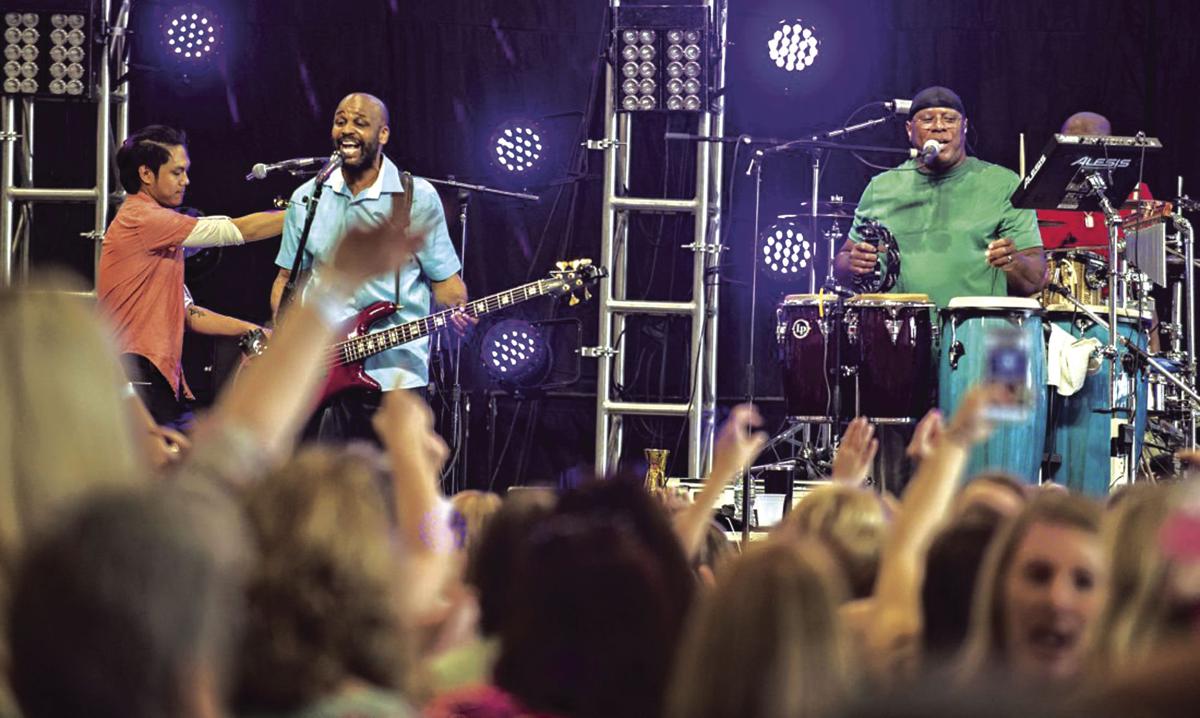 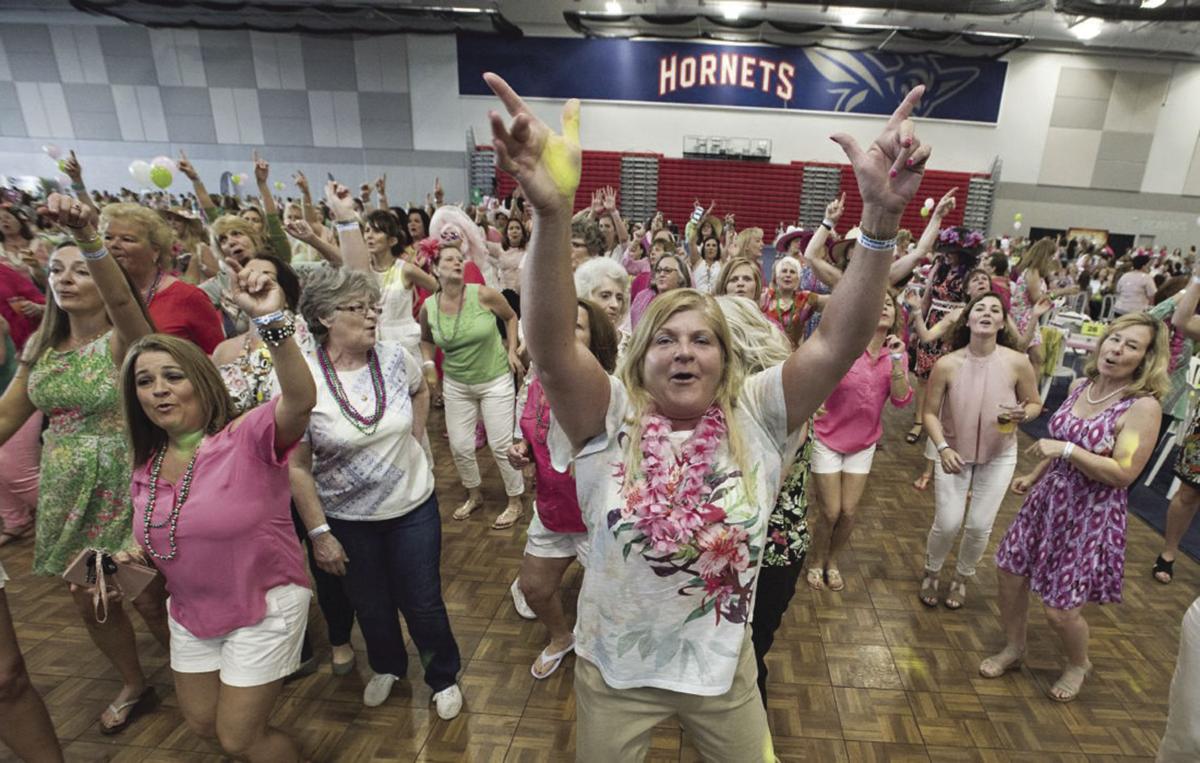 Dawn Lindhurst, of Edinburg, dances with a crowd of ladies at the Bloomers Luncheon inside the James R. Wilkins Jr. Athletics & Events Center at  Shenandoah University on Friday.

Dawn Lindhurst, of Edinburg, dances with a crowd of ladies at the Bloomers Luncheon inside the James R. Wilkins Jr. Athletics & Events Center at  Shenandoah University on Friday.

Dawn Lindhurst began tailgating before the Bloomers’ Luncheon by drinking mimosas at 9 a.m. in the parking lot of the James R. Wilkins Jr. Athletic & Events Center on the Shenandoah University campus where the event was held for the first time.

When the doors opened to the luncheon at 11 a.m., Lindhurst could be found on the dance floor moving to the sounds of the band Souled Out.

Lindhurst, who is from Edinburg, said she was with 36 friends, most from Woodstock.

“I love the music, the band. This is all women who are having a good time, enjoying the camaraderie of other women and the beverages,” she said, taking a break for a moment.

“Are you ready for the dance party?” could be heard booming from the stage as the band pumped up an already raucous crowd. “Let me get a drink first. Anyone got a drink.”

Lindhurst made her way back to the dance floor.

Janet Argiro, a first-year attendee, was at a table near the dance floor that included a Bloomers’ veteran: 75-year old Betty Ganoe.

“I have been coming since 1991,” Ganoe said. “It’s just a bunch of crazy girls getting together having fun. It is always a sold-out event.”

That first year her daughter was unable to go and gave her tickets to Ganoe.

“It was so much fun,” Ganoe said. “I told my daughter we have to do this again.”

Ganoe was forced to miss one year because she was in the hospital after having knee surgery.

“My daughter and friends came and decorated my room in pink and green,”she said in a reference to the Apple Blossom Festival colors.

Guests loved the new venue for the lunch.

Previously the luncheon has been held in a tent on the grounds of Winchester Medical Center.

“This is such an upgrade,” said Jennifer Shea-Roop.

Like so many others, she felt the event is a safe, comfortable place for women to get together.

“There are no kids, no husbands. You get a designated driver and have a great time,” she said.

The event is a simple concept, but it works as a popular event of the festival, said Tonya Rhodes, co-chair for the Bloomers’ Luncheon.

“What I think is special is that it is all ladies, great food and a great band,” Rhodes said.

Rhodes, her sister and fellow co-chairperson Melissa Fuller, along with 25 volunteers, will soon begin planning for next year’s luncheon.