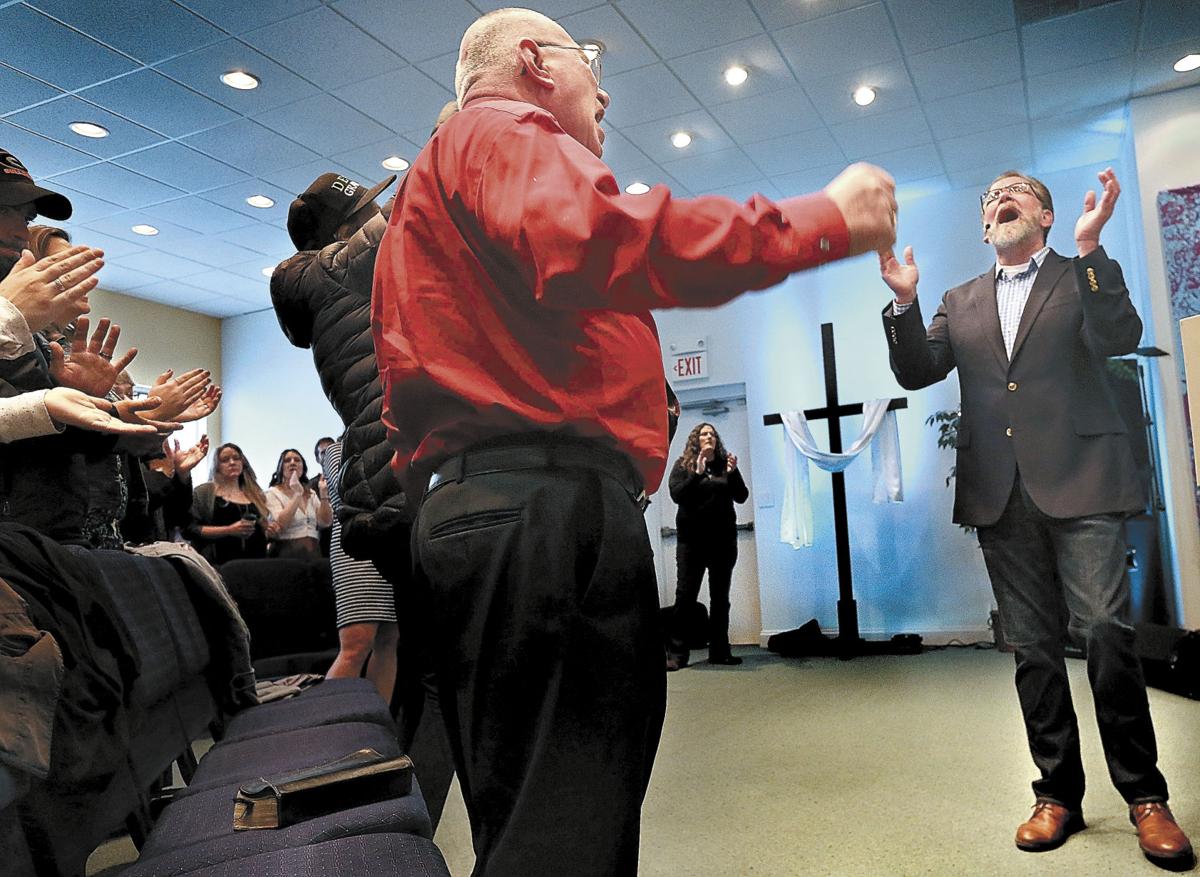 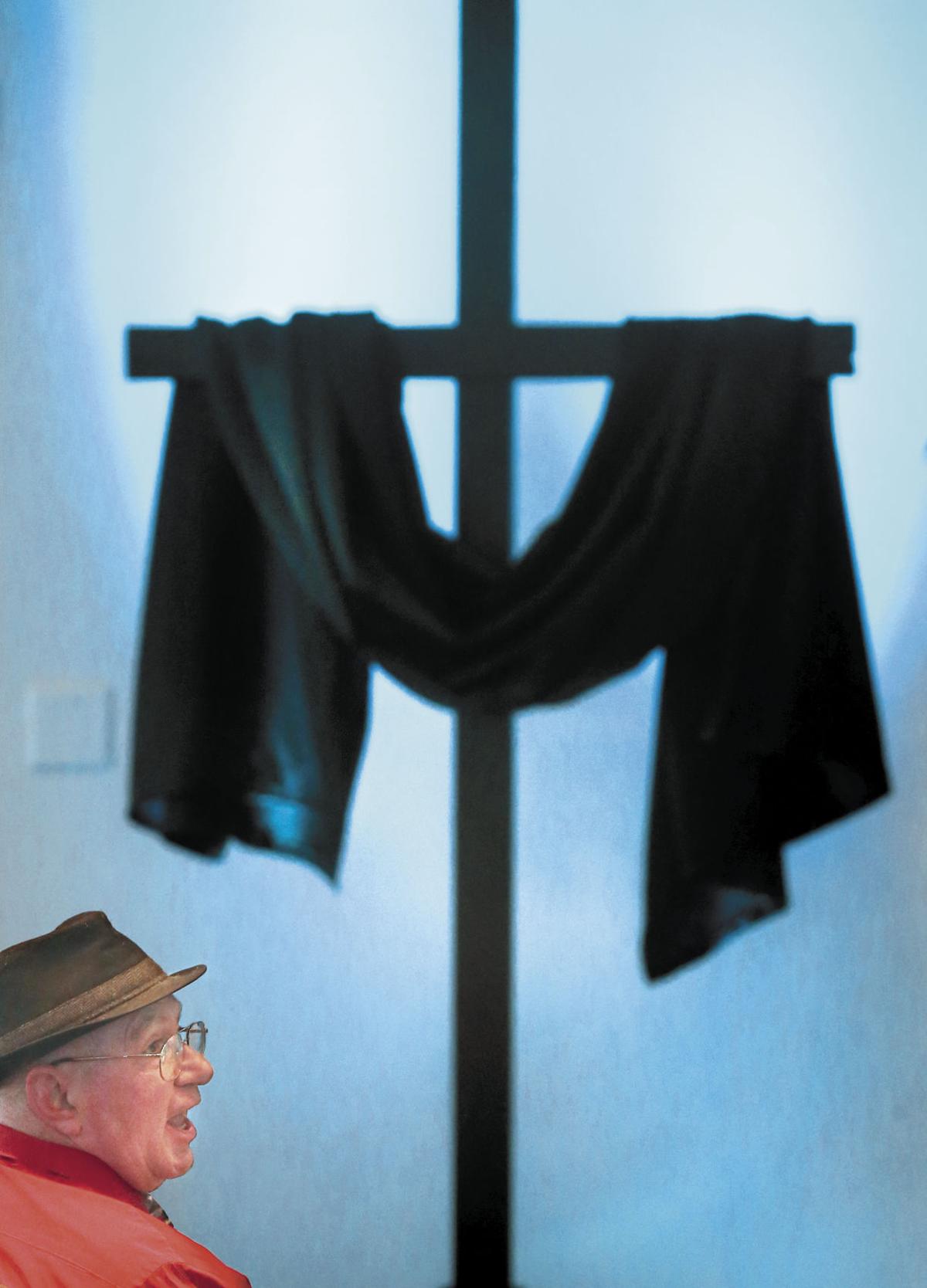 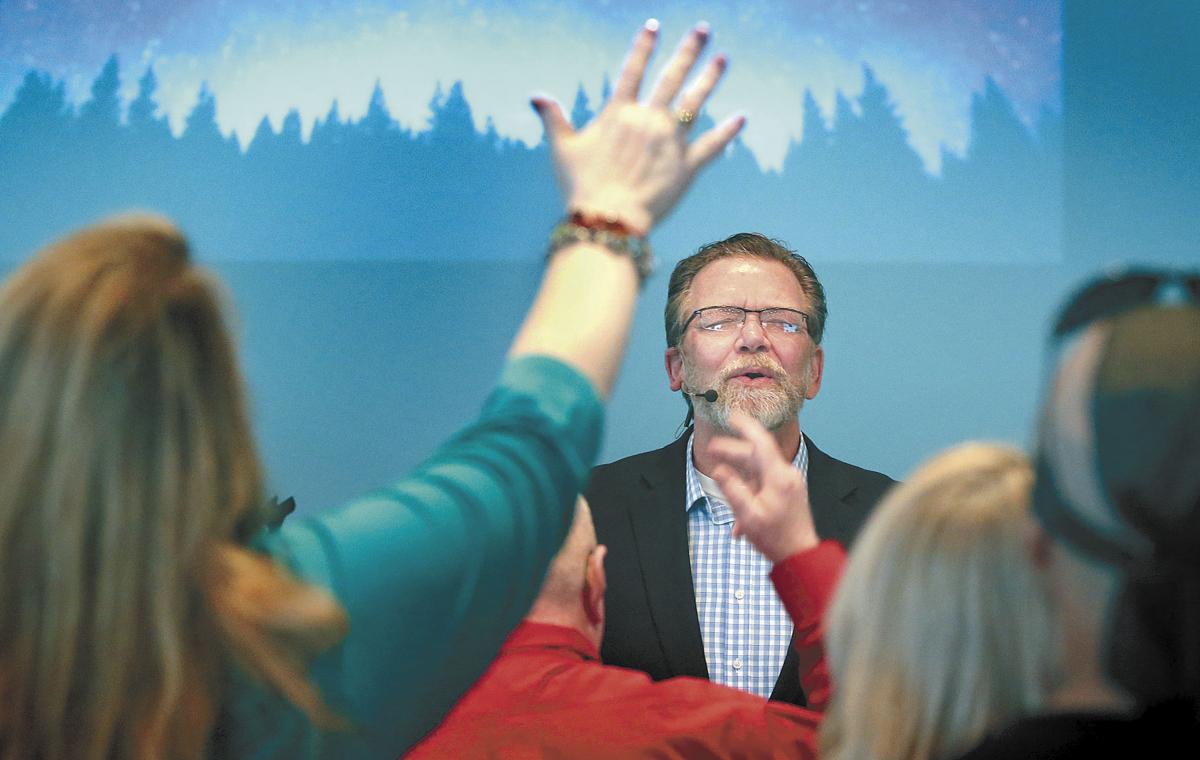 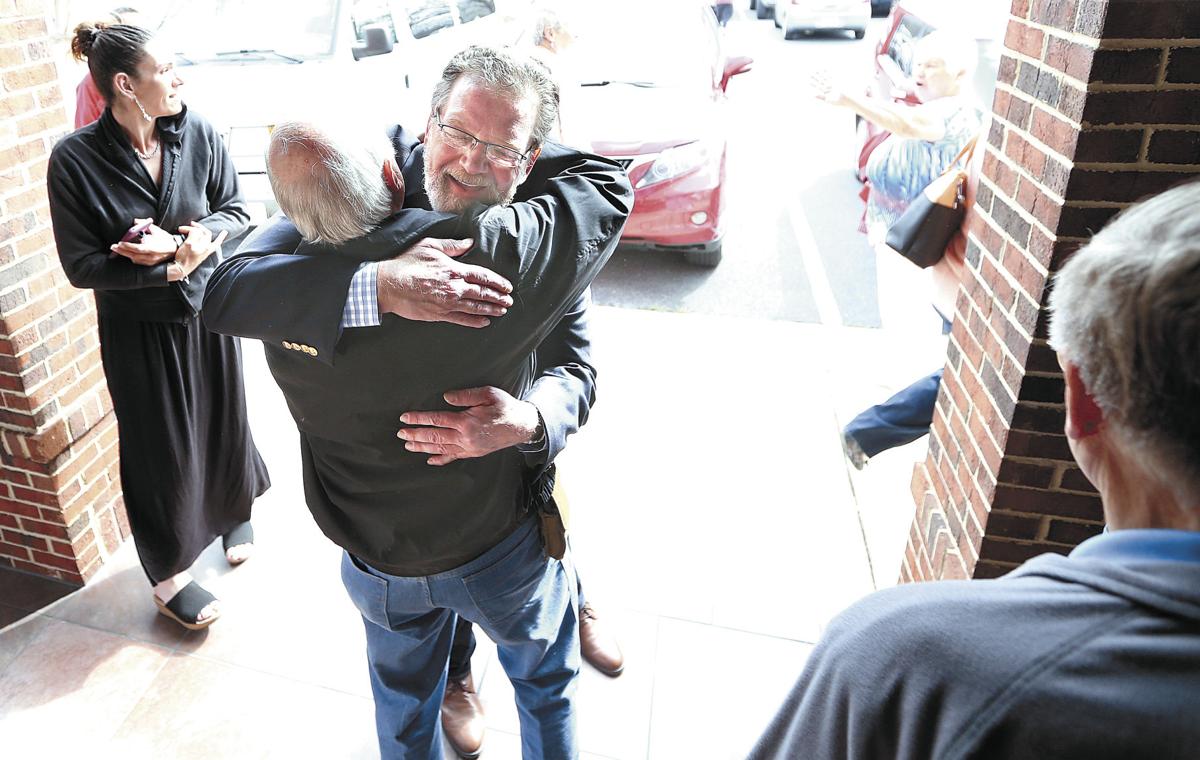 WINCHESTER — Easter Sunday is when Christians around the world celebrate the resurrection of Jesus Christ.

Those who gathered at Grace Downtown of Winchester had another reason to celebrate on Sunday as the church, which focuses on recovering addicts and those who support them, held services for the first time in its new location at 35 E. Jubal Early Drive, formerly the site of The River Church.

For more than two years, Grace Downtown met in Brewbaker’s Restaurant on the Loudoun Street Mall and coined itself “the church in a bar.”

On Sunday, Pastor Brad Hill joked “we might need a new building already” after a record-breaking 410 people packed the sanctuary for two Easter services.

Hill, a recovering addict, started Grace Downtown for those in recovery, but the church’s congregation has grown to include those who have never struggled with addiction.

The church is leasing its new 7,200-square-foot location from owners Mark and Jennifer D’Arezzo, who were pastors at The River Church.

Grace Downtown searched for months for a new space to accommodate its growing congregation, which started with about 40 people in August 2015. It now has about 350 regular worshipers.

Hill told the congregation that Easter is a “big deal” because it allows everyone’s past to be forgiven. Christians believe that Jesus is the son of God and that he died so that mankind’s sins could be forgiven.

According to the Bible, Jesus was crucified on a cross — on the day now known as Good Friday — and was resurrected on Easter Sunday.

This year, Easter coincided with April Fool’s Day, but Hill reassured the congregation “the resurrection of Jesus Christ was not and is not an April Fool’s joke.”

Hill said there are two ways to get into heaven. Plan A: live a perfect life, or Plan B: trust in the resurrected Christ. Since no one is perfect, Plan B is the way to go, he said.

Grace Downtown’s new location won’t just be busy on Sundays. The building also will be used during the week for recovery meetings, Bible classes and other events.

“I’m telling you, it’s a blessing to see this place full,” Hill said after giving his Easter sermon. “I know we couldn’t have asked for more. This is what we’ve wanted from the very beginning — having an impact on Winchester.”

Church member Bethany Searfoss added that the new building will allow Grace Downtown to have a full children’s ministry.

“We will be able to serve newborns up to grade six,” Searfoss said. “We also have a new home for our youth group, which is sixth through twelfth grades on Sunday nights.”

“We really believe our church is going to grow,” church member James Cox said. “We are service-oriented. We really care and love everybody. Everybody is welcome here. We want to make an impact.”