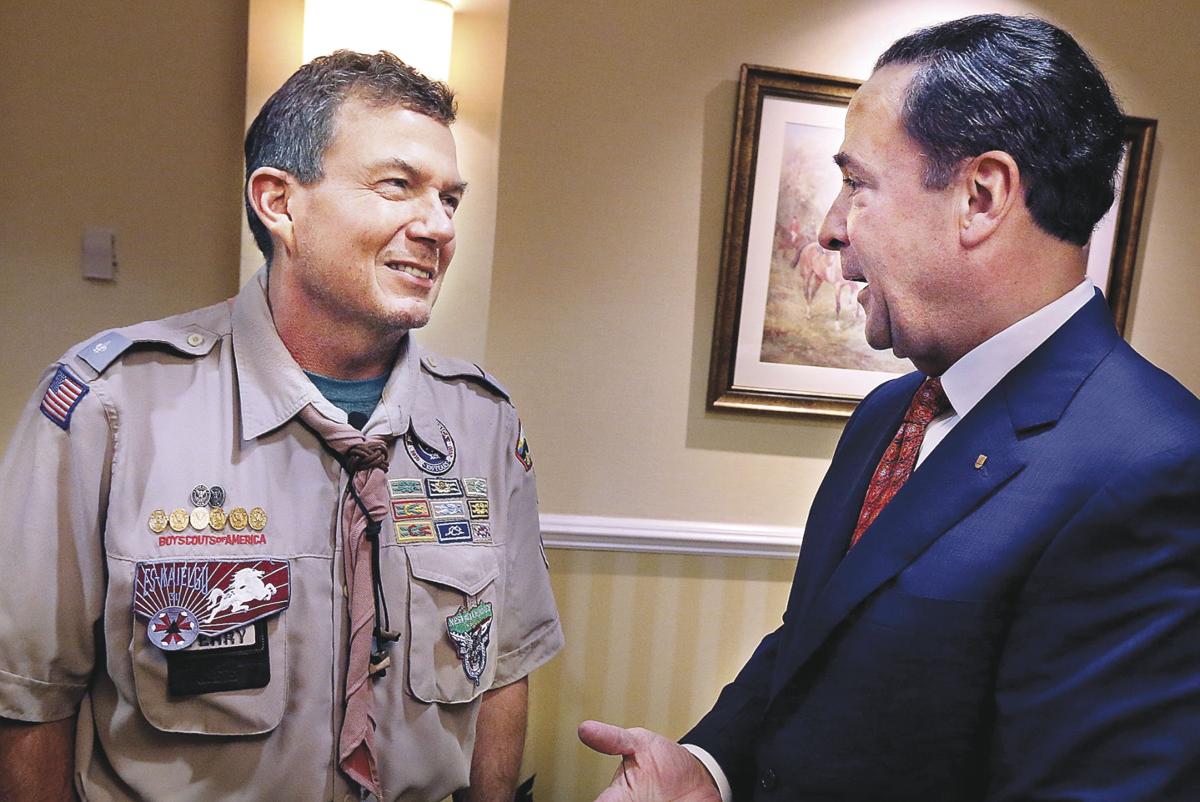 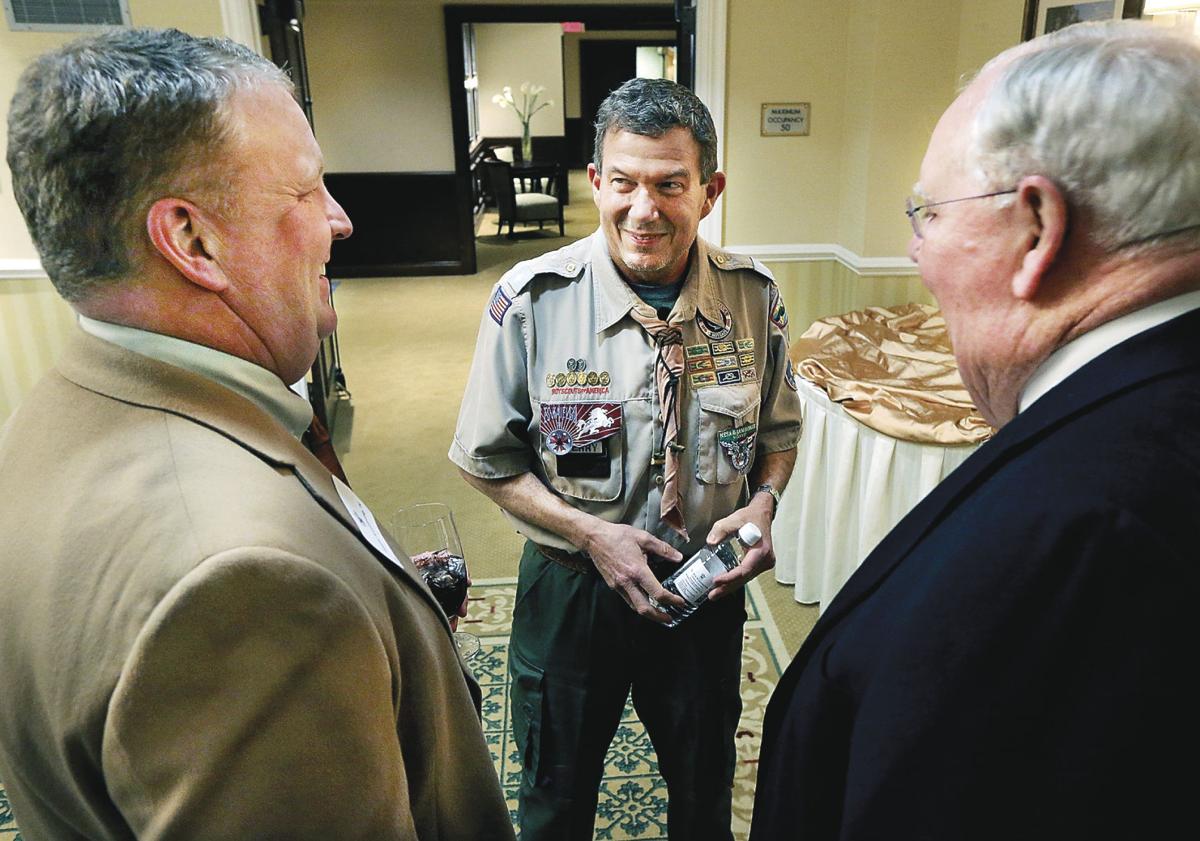 Terry Fossum (center) talks with Frank Armstrong IV (left) and Frank Armstrong III, at the Friends of Scouting Dinner at the George Washington Hotel on Thursday night. Fossum, who won first place in the reality competition TV show “Kicking and Screaming,” attributed his victory to lessons he learned as a Boy Scout.

Terry Fossum (center) talks with Frank Armstrong IV (left) and Frank Armstrong III, at the Friends of Scouting Dinner at the George Washington Hotel on Thursday night. Fossum, who won first place in the reality competition TV show “Kicking and Screaming,” attributed his victory to lessons he learned as a Boy Scout.

“All I did is what you trained me to do,” Fossum told a crowd of about 120 people on Thursday night at the 2018 Friends of Scouting Dinner at the George Washington Hotel. “I believe any Scout could have done the same.”

Fossum, 53, was guest speaker at the banquet, which benefited the Boy Scouts of America’s Shenandoah Area Council.

Fossum has been active in Scouting for more than 45 years. He is the former Scoutmaster of Troop 400 in Spokane Valley, Wash., and is now the vice president for programs for the states’s Inland Northwest Council.

Last year, he took part in the first and only season of Fox’s “Kicking and Screaming,” which paired 10 expert survivalists with nature-phobic partners to compete in extreme challenges in Fiji’s tropical jungle for $500,000.

Fossum was paired with pink-haired, video-game player Natalie Casanova. He said the show paired opposites for the sake of good television and noted the two argued a lot during their time on the show. But he said his goal as a Scout was to make his teammate feel comfortable in the outdoors and build her up.

“You guys are absolutely amazing,” he said. “You have had a profound impact on my life.”

Fossum was born and raised in McAllen, Texas, which he said was the “poorest city in the United States” when he was growing up. He described living in a culture where there was a prevalence of gangs and drugs and recalled having a gun pointed at him when he was 14 years old. Fossum said he believed he would not amount to anything until he and his brothers joined Boy Scouts.

“We had someone who believed in us,” Fossum said. “... You guys were telling me I was a leader.”

Over the years, Fossum said he had many adventures through the Boy Scouts program and that he learned to be trustworthy, loyal and developed a mindset that anything was possible. He described Boy Scouts as people who sacrifice themselves for the good of others, and he took those lessons to heart through service projects he did in Africa.

Fossum served as an officer in the Air Force. He later became a successful businessman. He also has written four self-improvement books and does business training and speaking engagements across the U.S. and different parts of the world.

Stuart Williams, Scout executive for the Shenandoah Area Council, said Thursday night’s fundraiser raised $175,120. The money will be used to support programs throughout the council.