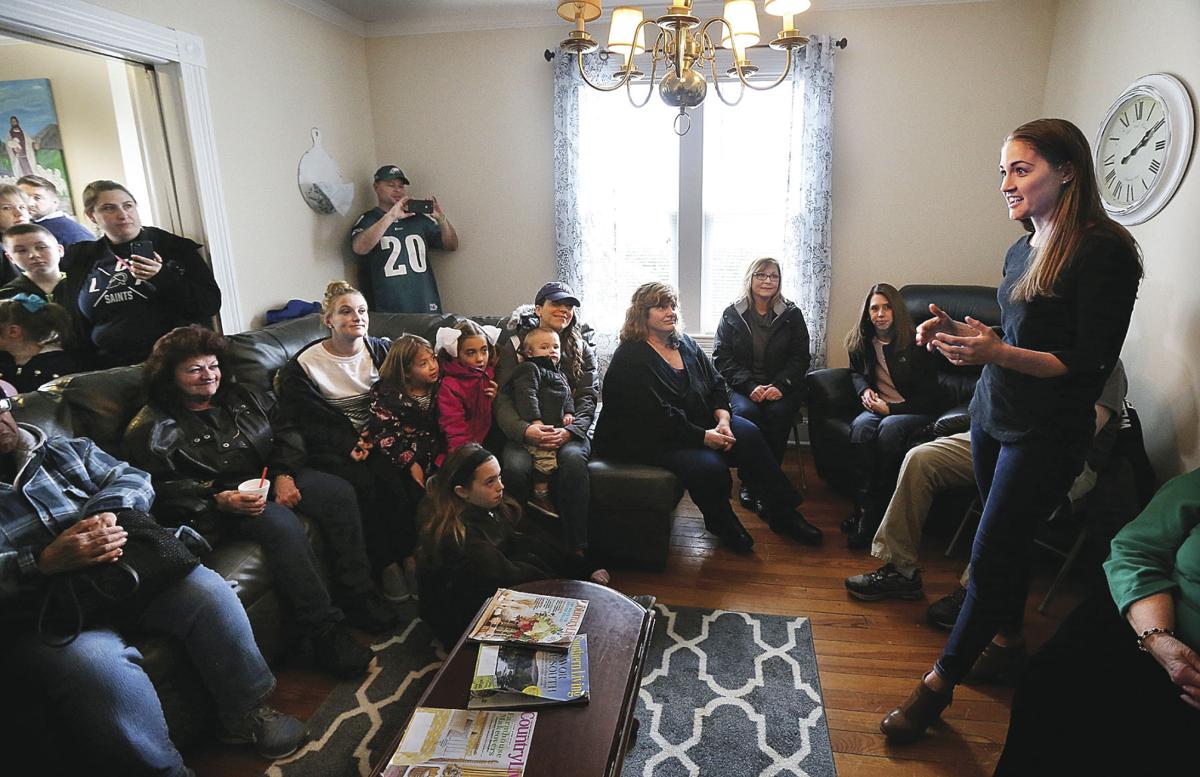 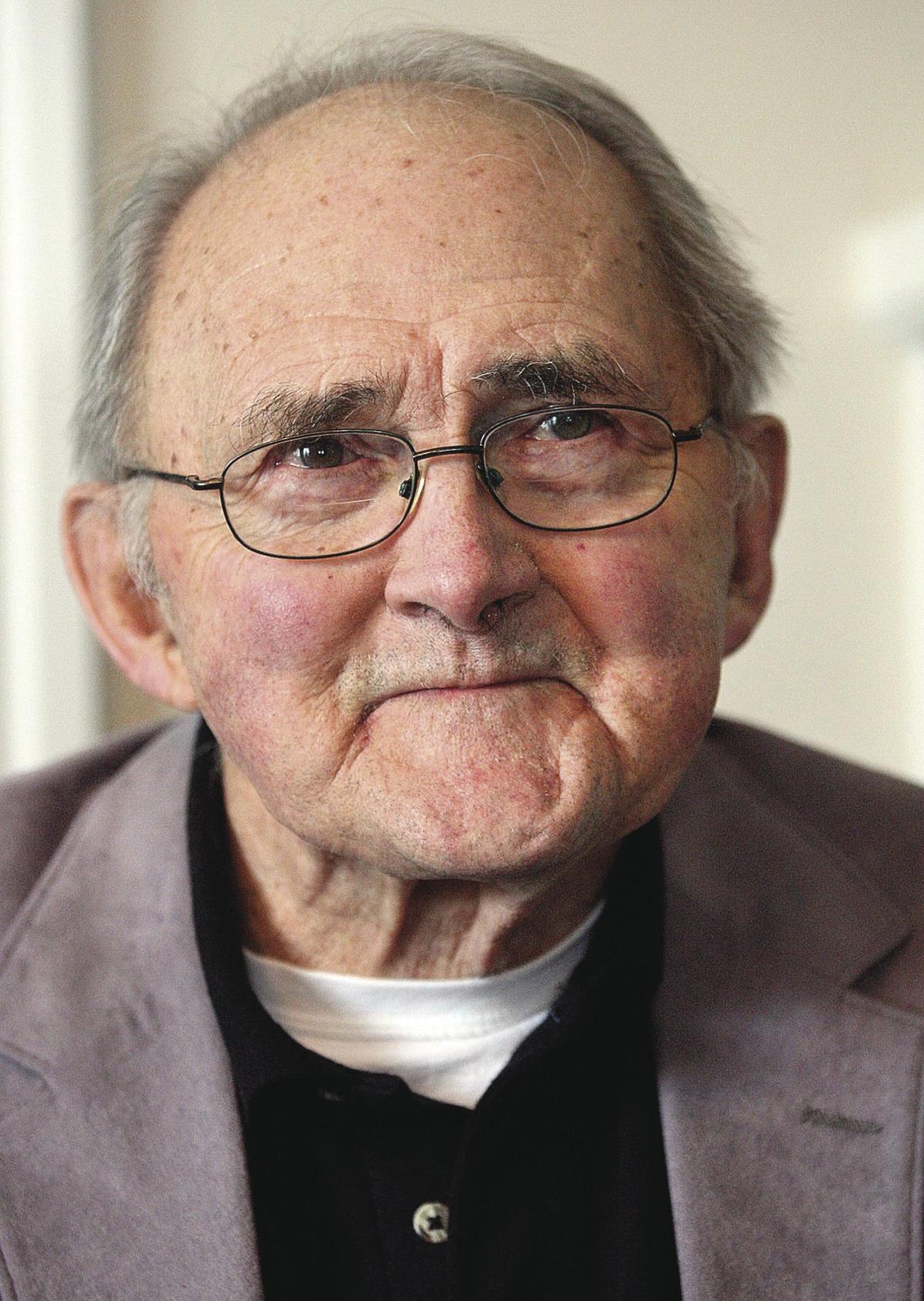 The Rev. Lee Stone at the Stone House Women's Shelter 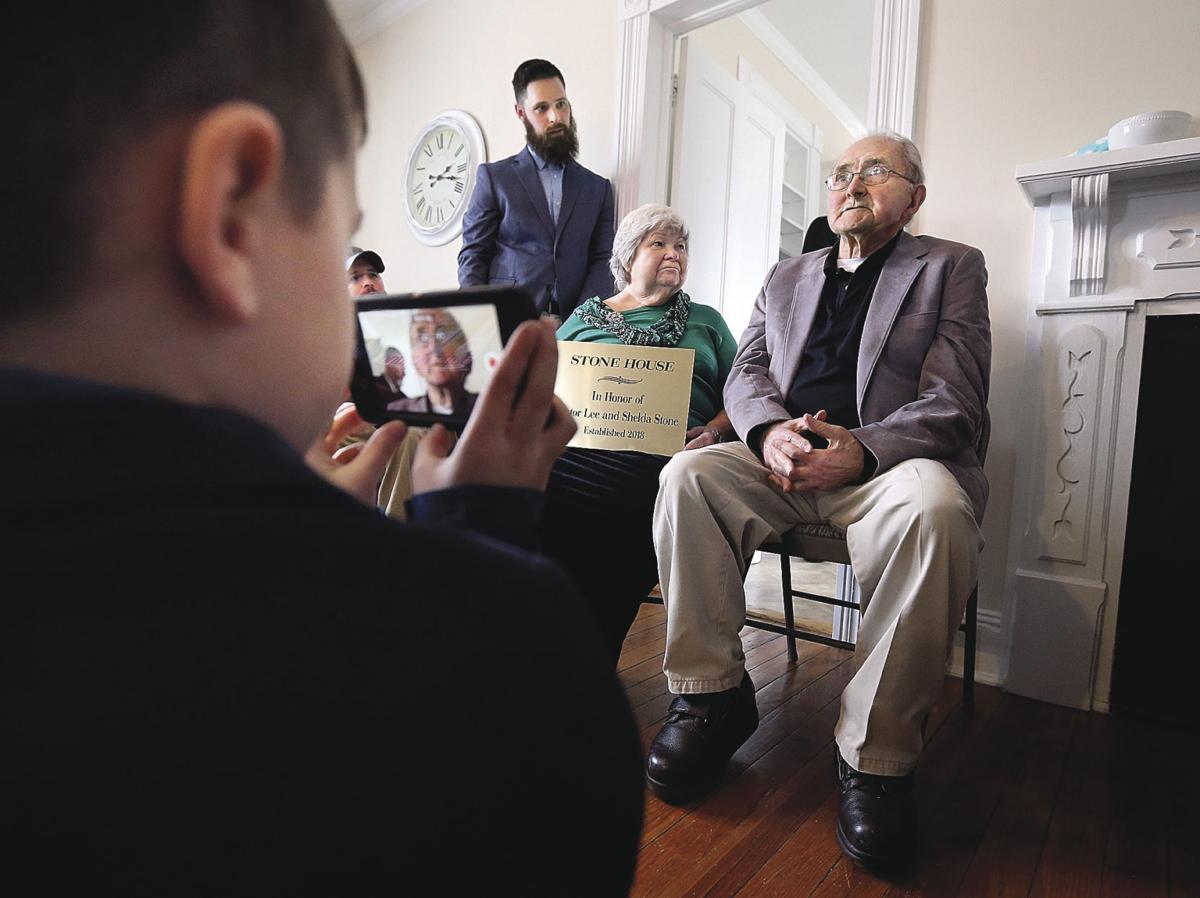 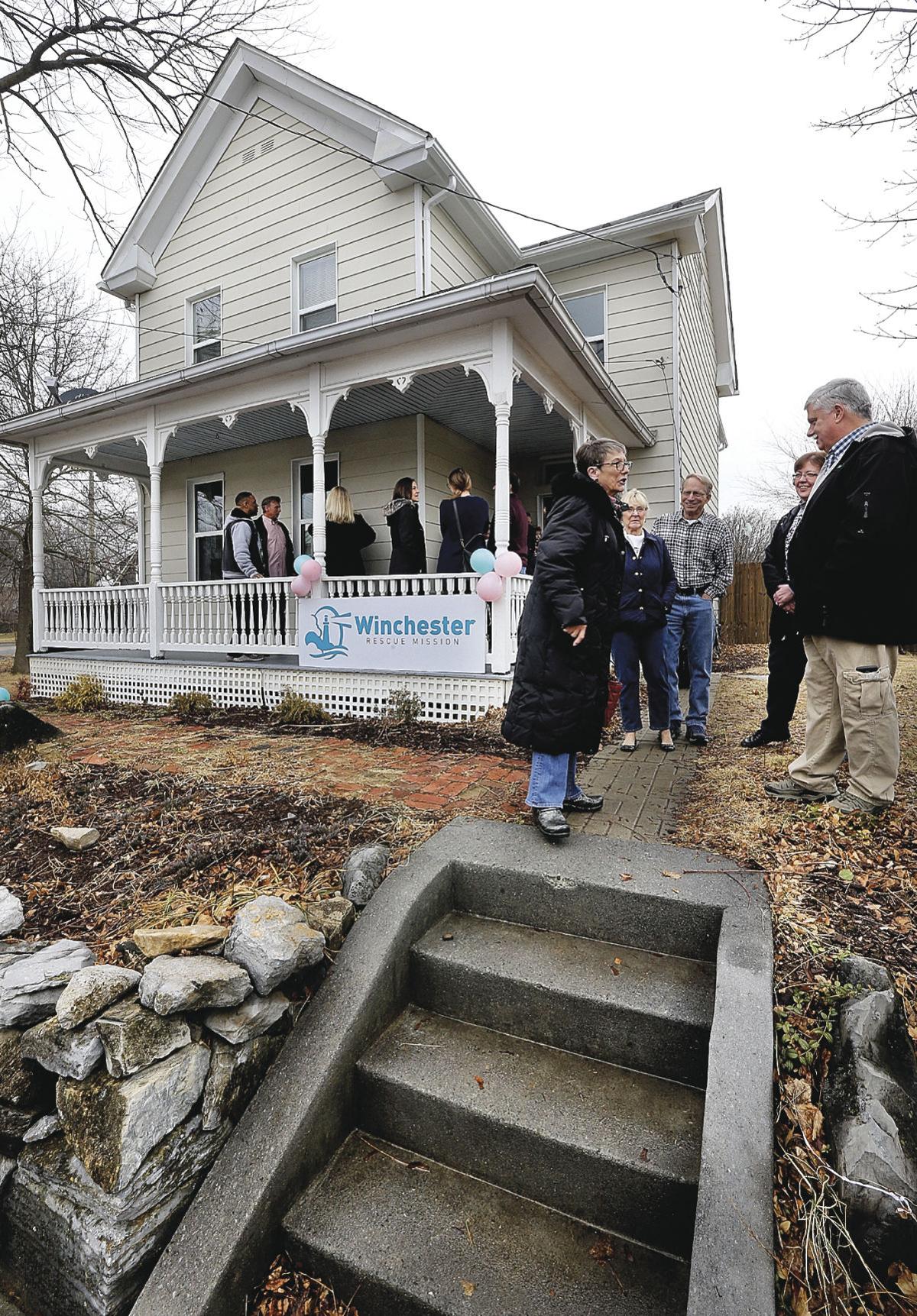 The Rev. Lee Stone at the Stone House Women's Shelter

For decades since the 32-bed, men’s-only Winchester Rescue Mission opened in 1973, organizers have sought to build a women’s shelter. Their effort came to fruition in a home at 4 E. Southwerk St. on Saturday.

The house will initially house three women, but the Rev. Brandan Thomas, mission executive director, said he hopes to eventually increase the number to nine if space can be found in the three-story, 1,946-square-foot home.

“The need is much larger than I anticipated,” Thomas told about 50 people who packed the home for the dedication. “I’ve turned away several ladies this past week just because we’re not quite ready.”

The home is called The Stone House for Women In Winchester, Va. in honor of the Rev. Lee Stone, mission executive director from 1978-2012, and Shelda Stone, his wife.

Paul Magness, president of the eight-member mission board of directors, said the 84-year-old Lee Stone had been a “beacon and the light” in the community.

Stone credited mission founder Morris Whitaker and God for assisting thousands of homeless men at the mission. He called on community residents to help Thomas and Lauren Clouse, the women’s shelter director, to help make the shelter a success.

“We are seeing tremendous opportunity to reach women and boys and girls for Jesus,” Stone said.

Thomas said after the ceremony that the mission has an approximately $100,000 annual budget and three paid staff: Thomas, Clouse and Devin Ray, operations director. The $266,000 house was purchased with a bank loan, Thomas said. Fundraisng for the $32,000 down payment began a year ago.

Women at the shelter will work with staff to develop individual plans to find their own homes and jobs if they’re unemployed.

Thomas, who came to Winchester from Little Rock, Ark., and was hired in February 2016, said there will be no time limits on how long women can stay at the shelter as long as they are working on their plans. He said 30-day time limits on stays at the mission when he was hired didn’t give men enough time to find homes and jobs.

Women at the shelter must be alcohol and drug free. Random drug tests will be conducted to ensure sobriety.

Area homeless advocates estimate there are 250 to 300 homeless people in Winchester and Frederick County. Area groups, such as the mission, Salvation Army and Winchester Area Temporary Thermal Shelter (WATTS) — a group of 17 churches and three Ruritan clubs that rotate providing overnight shelter from November to March — have enough beds for 115 people.

Some homeless advocates say local governments have a responsibility to keep their most vulnerable citizens from freezing to death by providing shelter, but Thomas said he supports a cooperative approach.

“Rather than putting all the pressure on them to do, it’s up to us to work together,” said Thomas, who sometimes goes out on freezing nights with blankets and sleeping bags to give to homeless people. “The need is much larger than the city or the county can handle. It’s going to take all of us.”

The dedication ended with a prayer, with Thomas asking God to make the women’s shelter successful.

“May it be a beacon of safety and rest for the weary. A place of rebuilding for the broken. A place of renewal for the struggling,” he said. “May this house be a place where people meet you and become prepared for the abundant life you offer here and in eternity.”