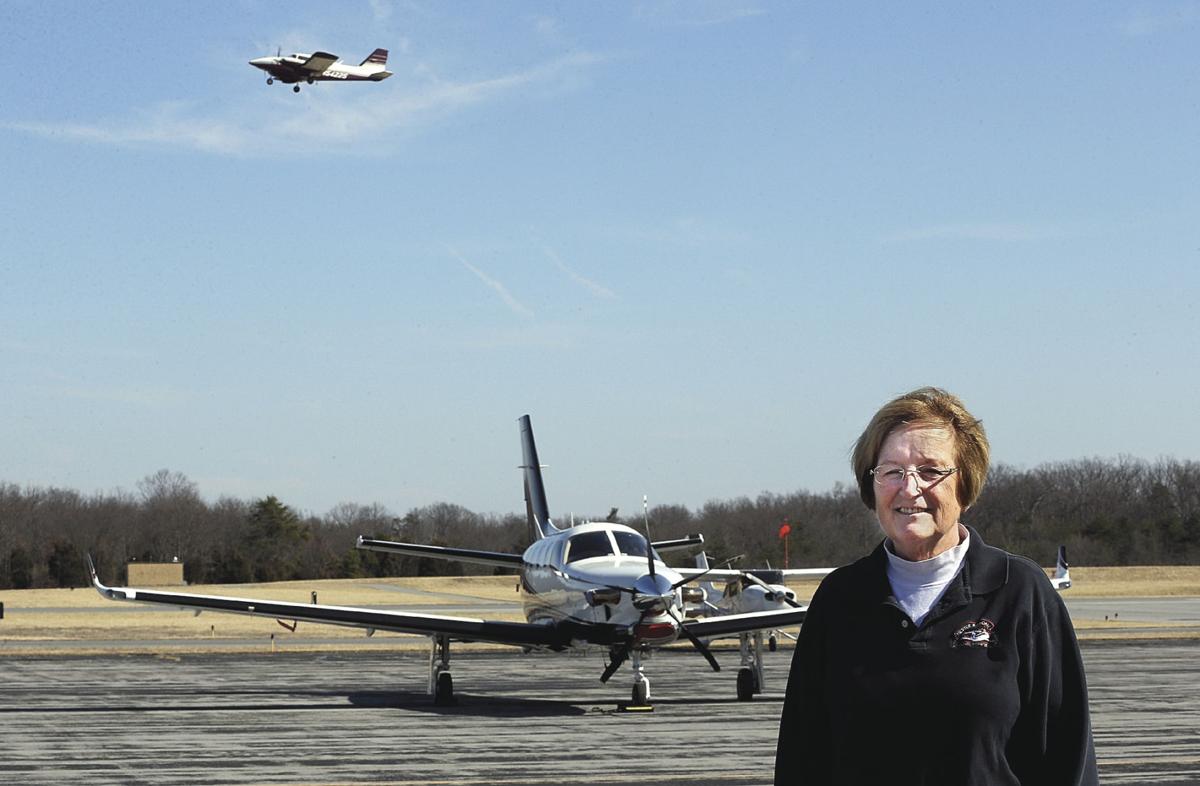 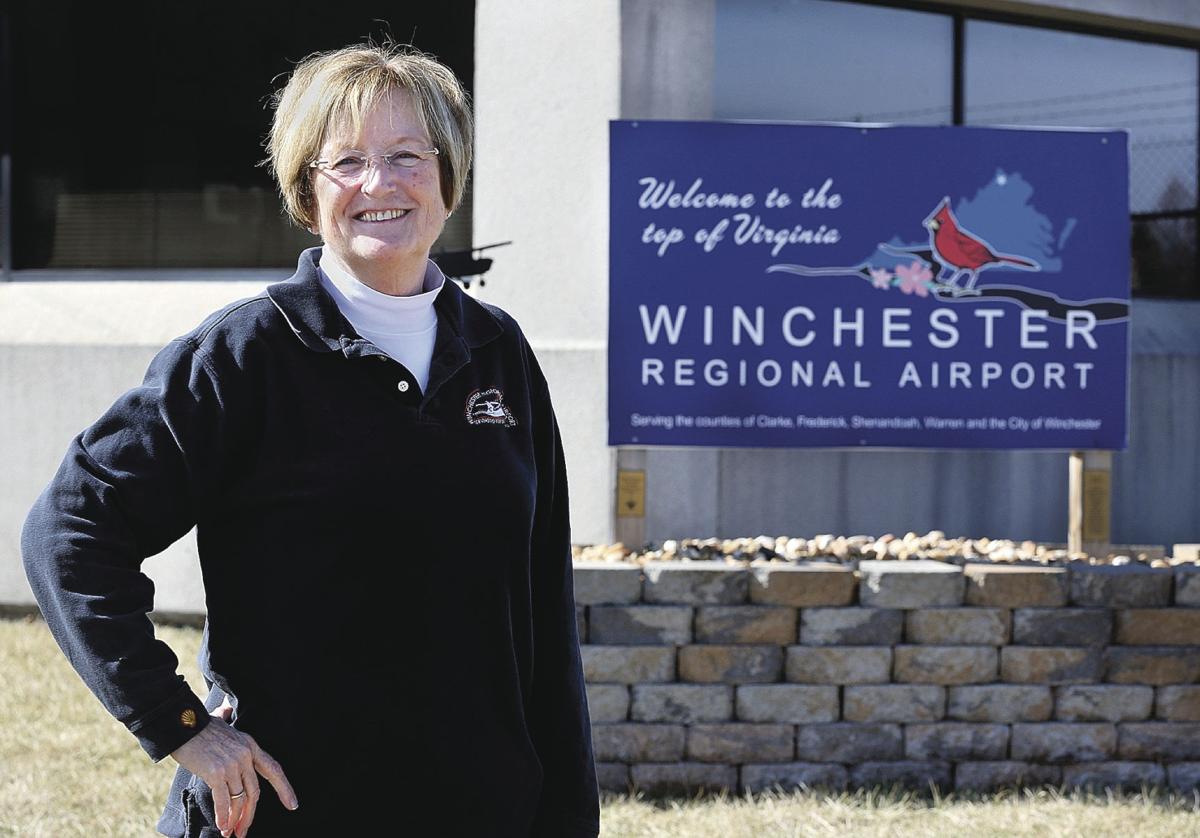 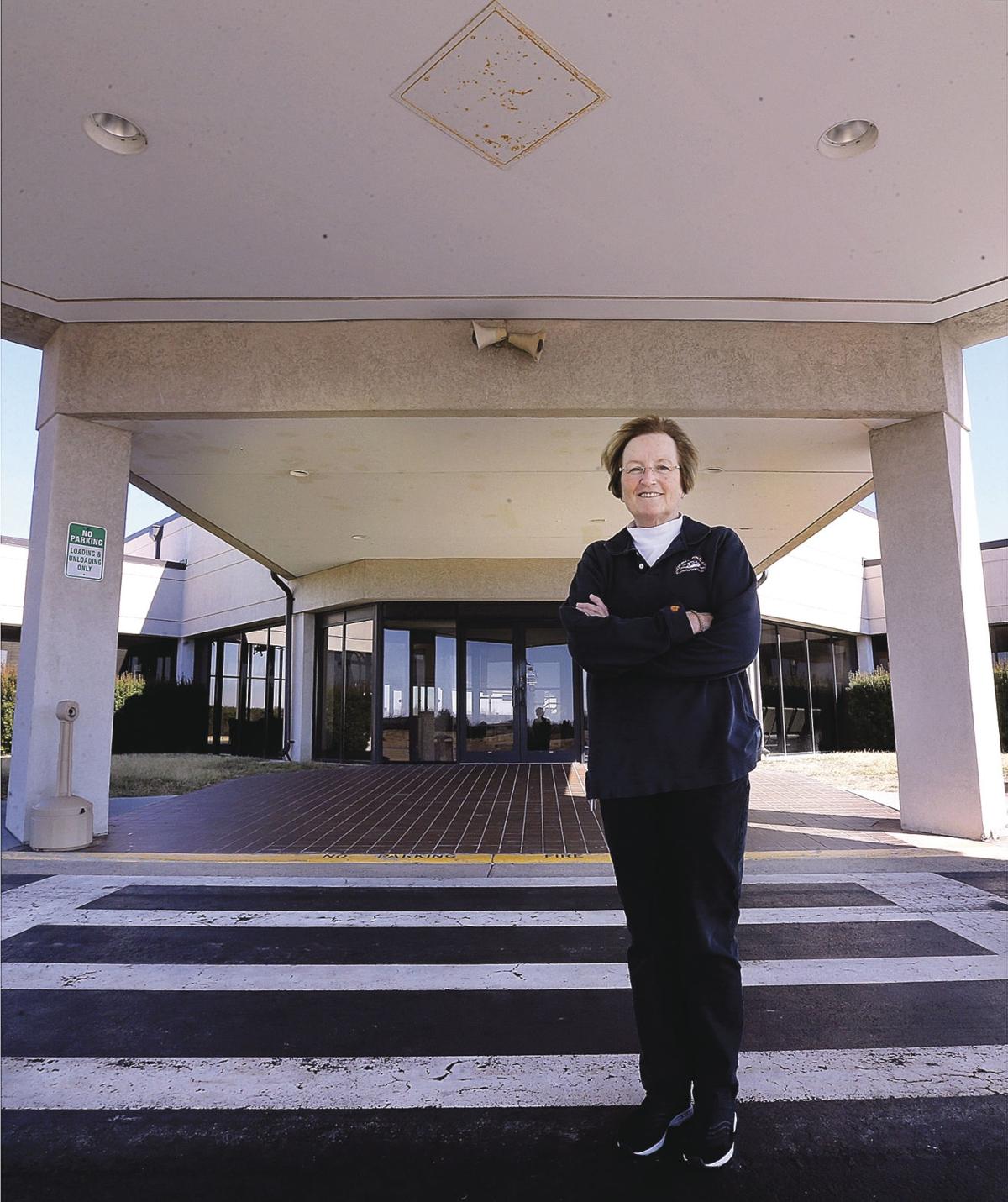 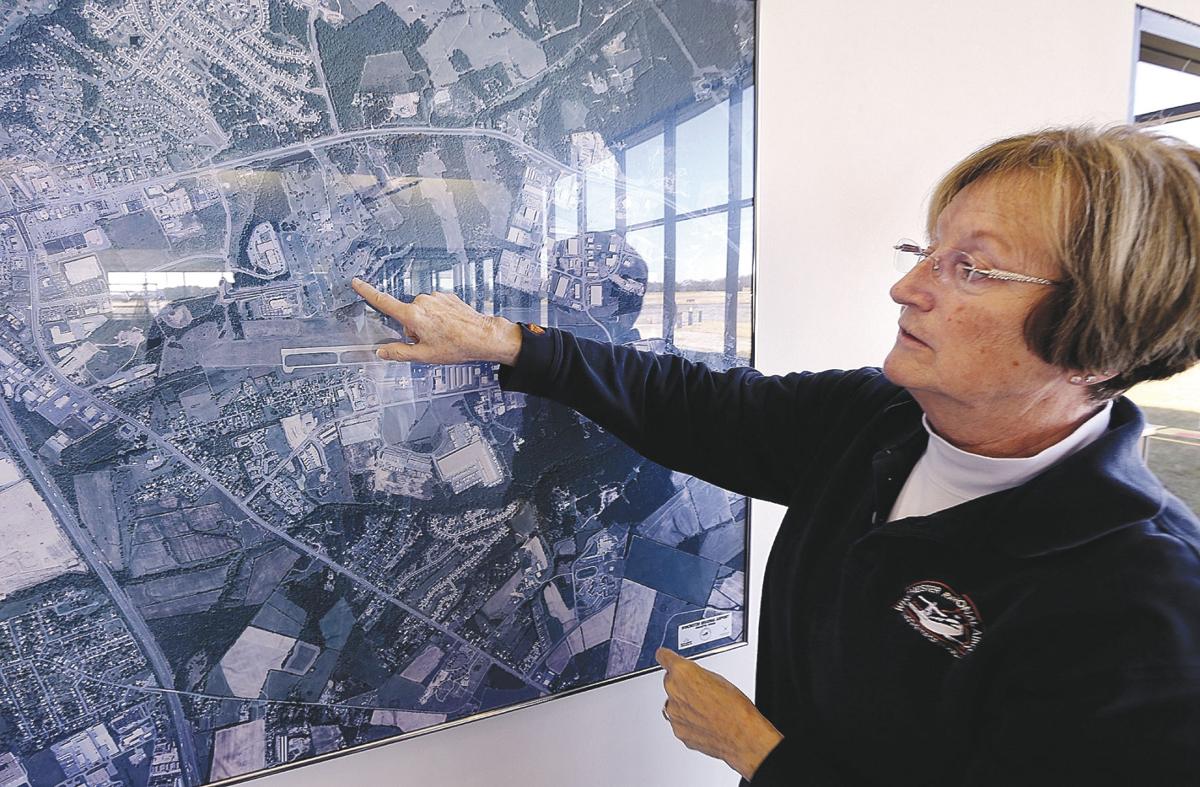 Manuel, who has been the airport’s executive director since 1999, will retire this summer. She began doing finance and data processing for the airport in July 1985 when she worked for the City of Winchester, which owned and operated the airport at the time.

“It sounded like it was an interesting job, and they wanted someone to come in and set up a computer system and an accounting system,” Manuel said this week at the 380-acre airport at 491 Airport Road in Frederick County. “That’s what I like doing, so I applied for it and interviewed.”

Manuel went on to serve as the airport’s assistant manager of operations before being named executive director.

In 1987, an airport authority was formed to oversee airport operations. The nine-member Winchester Regional Airport Authority, which is its own government entity, represents Winchester and Frederick, Clarke, Warren and Shenandoah counties.

The airport, established in 1937, is a general aviation airport with no scheduled commercial flights. It has an average of 121 flight operations per day. It also has 61 hangars that primarily house private jets and corporate and charter planes.

During her 19 years as the airport’s executive director, Manuel has ensured the airport complies with federal and state regulations and orders. She also has guided the airport’s development to meet future needs.

“I don’t think people realize the amount of time [the job] takes,” Airport Authority Chairman Gene Fisher said. “The airport is open 24/7. The amount of time she [Manuel] spends in there making sure things work is incredible. I can’t say enough to praise her for her dedication to the airport. It has been her life.”

More than $33 million in improvements have been made to the airport since 1987. In the early 1990s, the runway was lengthened to 5,500 feet, and a new terminal was built in 1990. Manuel said the terminal it replaced burned down a few years after the move, in 1994. The number of hangars has increased from 10 T-hangars — primarily used for private aircraft — and four corporate hangars to 61 T-hangars and seven corporate hangars.

The airport follows a 20-year master plan to budget for its goals and plan for growth. Airports are required to have a master plan to receive federal funds.

Manuel explained Winchester Regional Airport is an economic development tool used by many businesses in the region for corporate travel. It also helps attract new businesses to the area.

The airport’s operating budget for the current fiscal year is about $1.56 million. Much of the budget comes from airport revenue, but $173,155 is funded by Winchester and Frederick County. Manuel said the city funds 25 percent of the local contribution for operating costs, while Frederick County pays 75 percent.

For Manuel, the most challenging aspect of running the airport has always been funding.

Airport Authority member Paul Anderson said Manuel has been a “tremendous help” to the airport, but said she’s had a rough time in terms of getting the county and the city to financially support the airport during critical times of need. He said the local jurisdictions falsely believe the airport is a money-maker.

Anderson added that Manuel has made the airport’s budgets as tight and fiscally responsible as possible without resorting to layoffs and reducing airport hours.

The Winchester Regional Airport Authority wants to build a new terminal, but funds aren’t available. A new terminal would cost an estimated $3 million to $5 million.

“I was hoping it would happen before I retired,” Manuel said.

Construction of the new terminal probably won’t start until 2021, she previously said. The existing terminal is considered outdated. Members of the Winchester Regional Airport Authority have stated the 9,245-square-foot facility has poor insulation, heating and cooling issues and other structural problems.

Delta Airport Consultants told airport officials it would be more cost-effective to build a new terminal than to repair the existing one. Last year, an architect from Price Studios showed the airport authority potential concepts for a new, 9,109-square-foot facility. The plan calls for the new terminal to be closer to Airport Road, about 200 feet south of the current terminal.

The Virginia Department of Aviation supports the $80,000 design for the terminal, but officials said in the fall that funding isn’t available. Manuel has said it’s possible that a lack of funding for design costs could delay the project two years.

Although the terminal building project is in limbo, the airport has made progress on constructing a $2.75 million addition to its taxiway and paving a small road to connect the runway to the north side of the property.

The land on the north side of the runway and east of the Frederick County Public Safety Building on Coverstone Drive is undeveloped.

The airport eventually wants to build 11 hangars on the undeveloped land to accommodate future growth. The airport is built-out on the southern side of the runway.

The north side connector won’t be used until the hangars are built. The airport hopes to attract tenants to use the undeveloped land and construct the hangars.

A typical lease term for tenants is 40 years. Once a lease expires, any improvements the tenant make to the land — including hangar buildings — are given to the ownership of the airport authority.

“I hope that there is development on the north side of the runway,” she said.

But she feels like it’s the right time for her to retire so she and her husband can do other things.

Manuel said she has enjoyed interacting with her co-workers and airport visitors.

“I’ll miss all of them. I’ve made a lot of friends over the years.”

Although she is looking forward to retirement, Manuel, who declined to give her age, said she would be willing to help the airport in the future, if her expertise is needed.

Fisher added the airport has been fortunate to have Manuel as an employee for as long as it has.

“Renny is going to be greatly missed,” he said. “She was highly respected throughout the state of Virginia and regionally.”

Anderson said he was initially against Manuel’s retirement because he believes she is a vital asset to the airport. He said the airport will survive without her, but that it will take a long time for her replacement to develop her level of airport knowledge.

“She loved that airport,” Anderson said. “She was dedicated to that airport. She was on call 24 hours a day, seven days a week. There were times she lost vacation ... because she was on call. You are not going to find people who have that dedication to their job.”

Manuel’s last day as executive director is June 30. The airport authority will be advertising nationally for her replacement. Frederick County Human Resources Director Becky Merriner said the position is not classified, so the salary could vary greatly depending on who is selected for the job. She said the position would pay at least $90,000. Manuel’s current annual salary is $110,004.56.