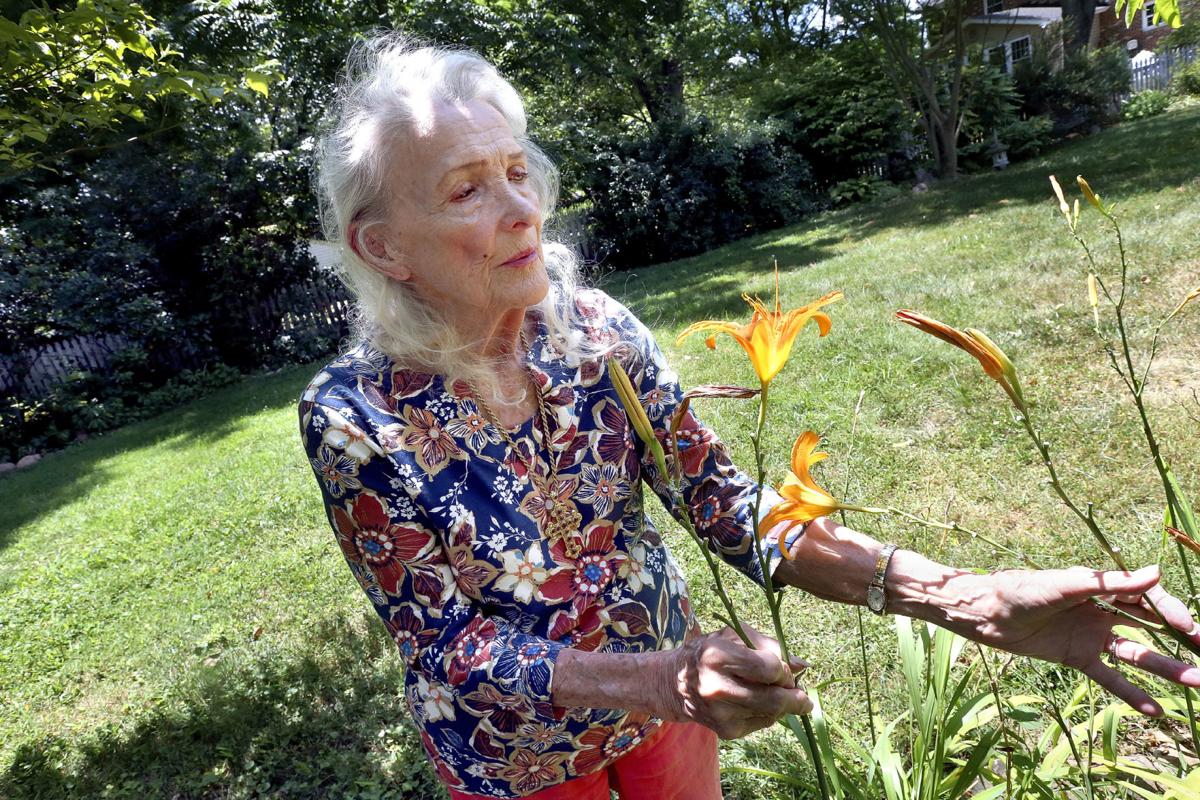 Retired Berryville postmaster Doris Michael with the daylilies blooming in the backyard of her Berryville home. 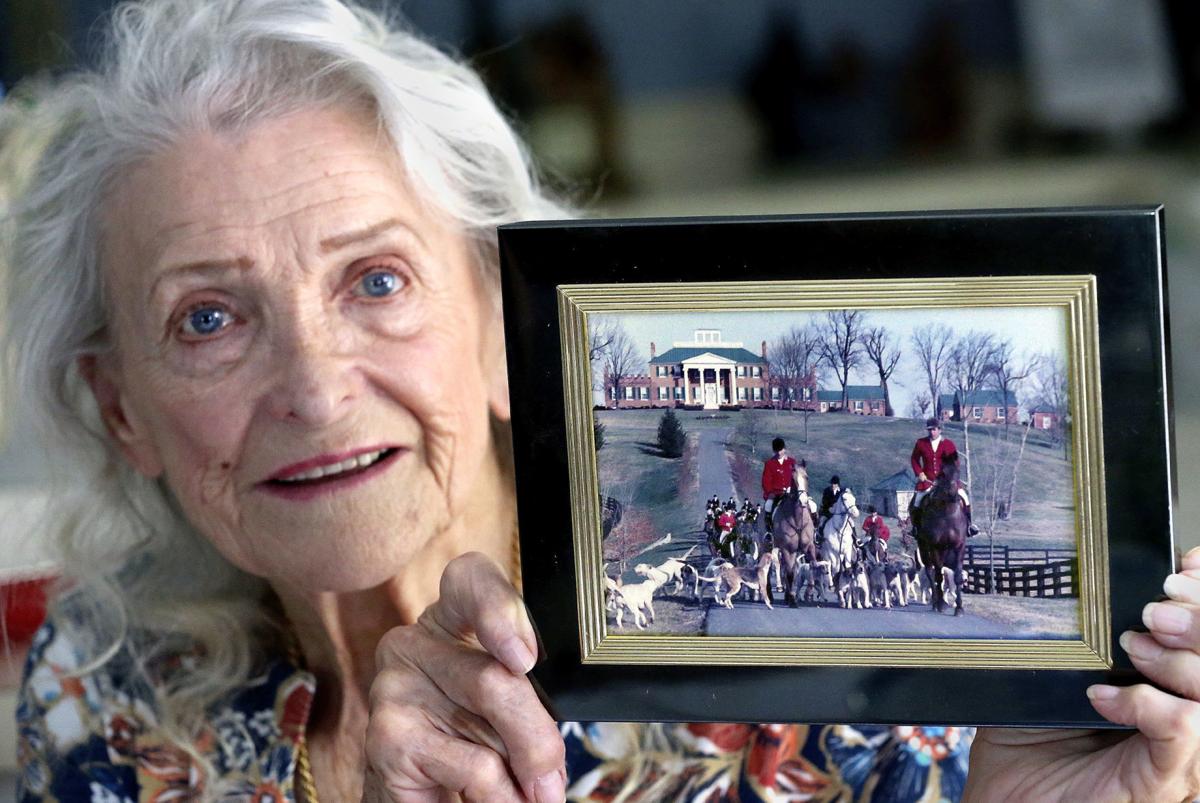 Retired Berryville postmaster Doris Michael holds a photo taken at Long Branch Historic House and Farm where she worked as a docent for 20 years. She became Berryville’s first female postmaster in 1989. 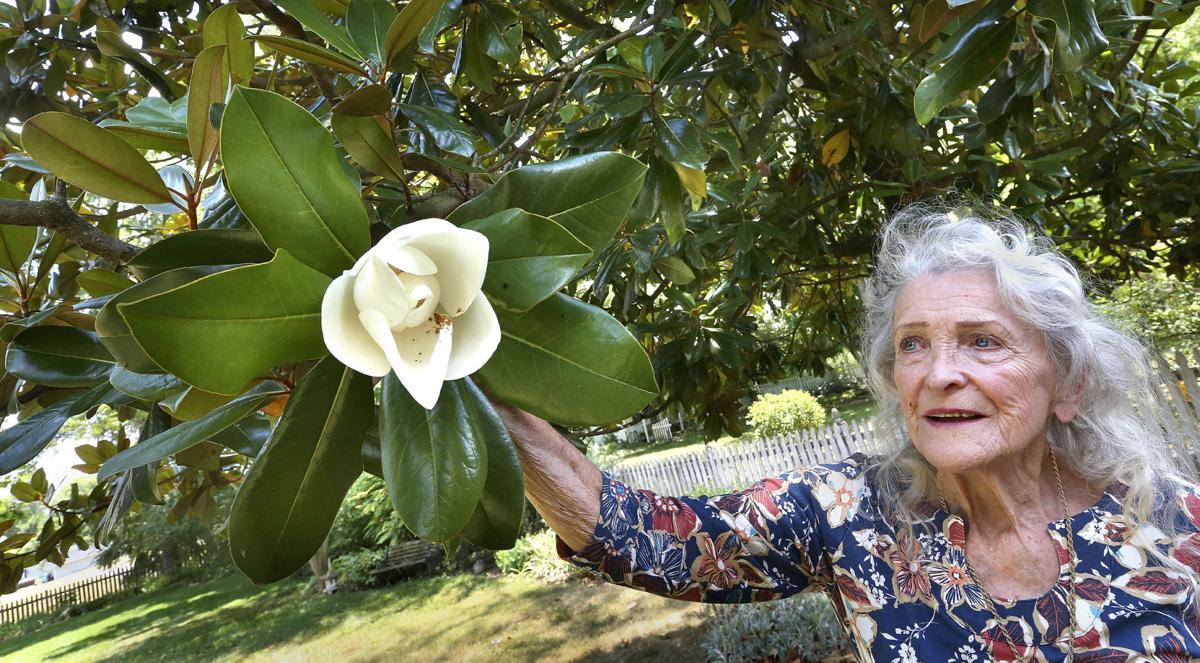 Retired Berryville postmaster Doris Michael with the daylilies blooming in the backyard of her Berryville home.

Retired Berryville postmaster Doris Michael holds a photo taken at Long Branch Historic House and Farm where she worked as a docent for 20 years. She became Berryville’s first female postmaster in 1989.

BERRYVILLE — Doris Michael’s life continues to flower because of her love for gardening.

At 90, she frequently can be found in the backyard of her Berryville home, where she cultivates a bevy of blooms.

It’s not an elaborate garden, just rows of plantings along her back deck and the property lines, as well as a couple of circles within the yard. There are rose bushes, lilies, rhododendrons, purple daisies, silver dollars and hydrangeas among the mix. Some of the latter are blooming; others haven’t yet started.

Also in Michael’s backyard are blooming lilac and magnolia trees. Scattered about are decorations including sundials, a gnome and other small statues, an antique weather vane, a birdbath and Japanese-style “water ball” floats.

Roses, black-eyed Susans and begonias are among her favorite flowers to grow. “They’re the prettiest,” she said.

Michael, a retired Berryville postmaster, has been gardening most of her life. She recalled that when she was 8 or 9, “I wanted a pretty flower,” so her neighbors in Hagerstown, Maryland, gave her some petunias they were growing. She replanted the petunias in a bed 8-inches-long and 2-inches-wide in her yard.

“I took care of those plants like they were gold,” she laughed.

She took such good care of them, if fact, that her mother made sure there were flowers growing in the yard from then on.

Michael used to grow vegetables, too. She doesn’t remember why she stopped; perhaps it was because they became overabundant. She gave many of her veggies away to neighbors and friends.

“I love sharing, and I always had plenty to give,” she said.

She eventually may start growing vegetables again. Ones that are homegrown are much better than ones sold at the supermarket, she reasoned.

“It’s so nice just to go out and get a couple of cucumbers and peppers and tomatoes,” she said. “A salad does taste better with things fresh from the garden.”

Michael said she often spends a few hours daily tending to her plants. When she is planting, she may spend most of her day outdoors.

She enjoys gardening because “it’s like creating something from nothing,” sowing seeds and then watching them sprout, grow into mature plants and bloom.

While living in Japan with her late husband, Andrew Nicholas, who was a Navy officer, Michael learned ikebana, the Japanese art of flower arranging.

In getting to know Japanese people, she developed a tremendous interest in their culture. She even named her dog Ichiban, which means “number one” in Japanese, He’s a shih tzu.

As a gardener, however, there is one thing from that East Asian nation that Michael doesn’t like — the Japanese beetle. She has become an expert on how to get rid of the pest, and people have frequently turned to her for advice.

“They’re so destructive,” she said. “Three or four of them can rip up an entire rose bush in half an hour.”

“But I haven’t seen a single one so far this year, and I haven’t applied anything (a pesticide) to them recently,” she continued. “I hope I never see another one.”

Michael worked for the U.S. Postal Service in various places before becoming Berryville’s first female postmaster in the late 1980s. She spent about 10 years in the job before retiring.

She also has worked in insurance. To her understanding, she was GEICO’s first female salesperson.

For many years, Michael was a docent at the Long Branch Historic House and Farm near Boyce. She took visitors on tours and helped them learn about the stately mansion and its furnishings. Ten times she was recognized as docent of the year.

On her first visit to the 400-acre estate many years ago, “I fell in love with it right away,” she recalled. Long Branch now holds a special place in her heart.

Staying busy keeps Michael happy. She enjoys spending time with her three daughters and their families. She has no interest in remarrying, though.

She met her late husband when she sold him an insurance policy. He was from Cyprus, an island country near Greece with which it has a common ethnicity and heritage.

“Once you’ve been married to a Greek god, you can’t accept anyone else,” Michael said, smiling. “He was a wonderful husband.”

Thank you for this lovely story!