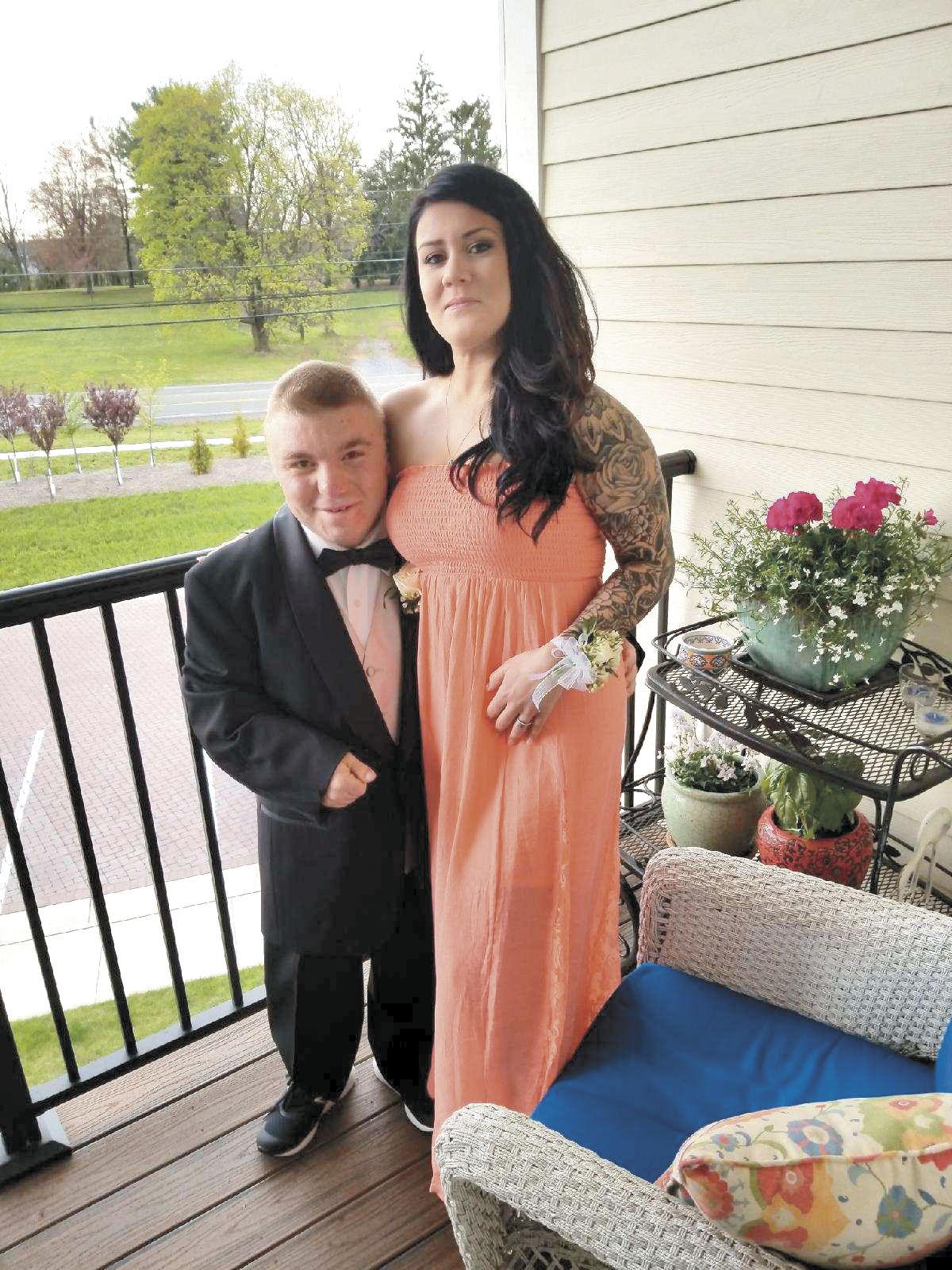 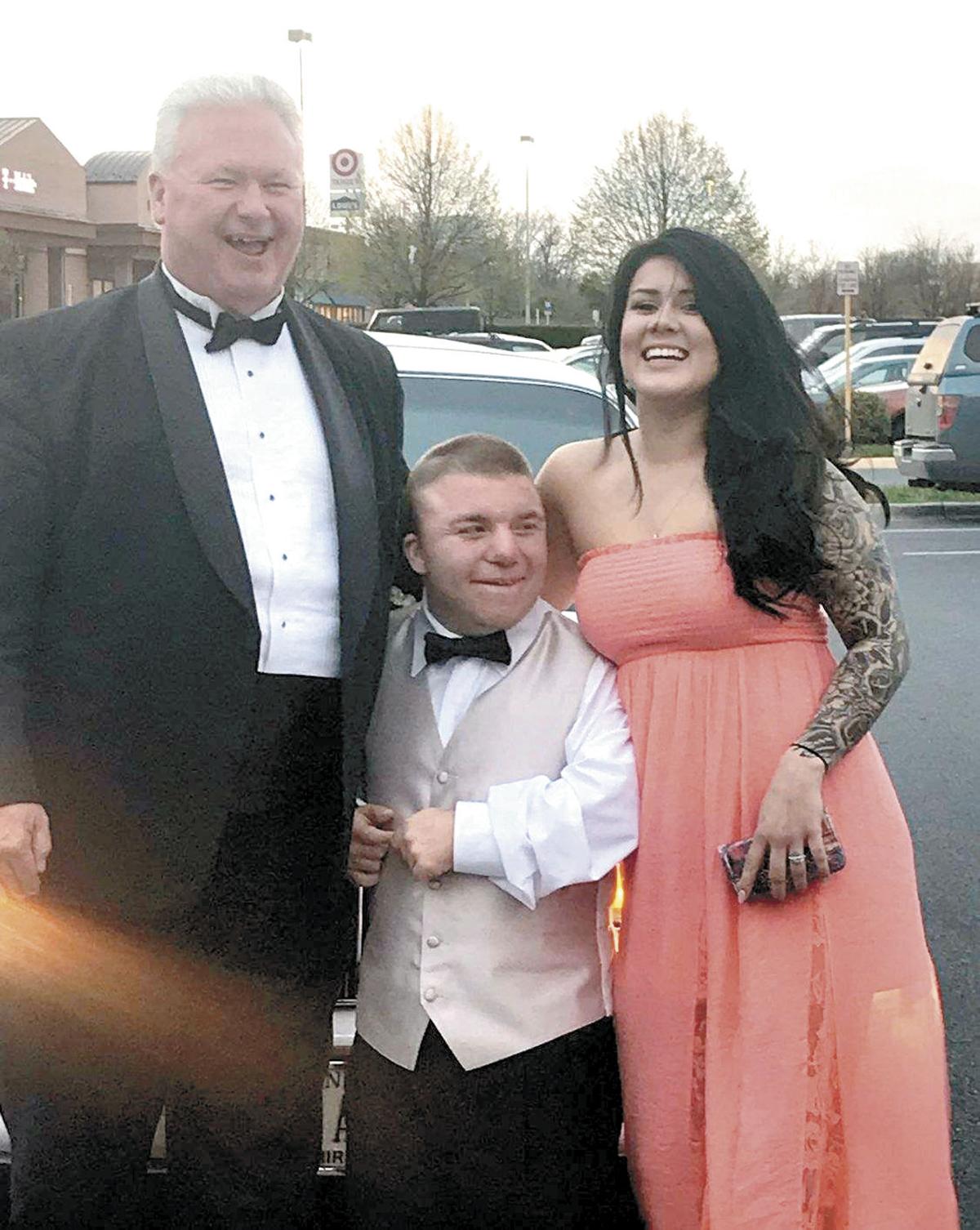 WINCHESTER — Handley High School student Cooper Tilling had the time of his life after a limousine service and a waitress made sure he had the perfect prom night.

Cooper, 18, was born with a chromosome microdeletion, which occurs when part of a chromosome or a sequence of DNA is lost during DNA replication. According to the Genetic and Rare Diseases Information Center, the genetic disorder may result in intellectual disabilities, autism spectrum disorders and physical abnormalities.

“He is a very unique person not just in his constant happiness, but there are no other reported cases of his exact deletion,” his mother, Alison Tilling, wrote in a recent email to The Winchester Star. “When he was born, Dr. Caldwell of Winchester Pediatrics gave us the best advice when he said, ‘Let’s not ever put him in a category where there are ceilings or set expectations just because he has a chromosome abnormality.’ He was right. Cooper amazes and brightens every room he walks into.”

Cooper is often accompanied by an adult, so making plans for him to attend his school’s program on April 28 took some special effort. When Dwayne Seldon, owner of First Class Chauffeur Services in Winchester, heard about Cooper, he donated his limousine service so the teen could enjoy the prom like the rest of his classmates.

“We had contacted Dwayne to see if his company would be interested,” Alison Tilling said. “When he found out that this was Cooper’s first prom and that he was special needs and remembered driving him to a lot of his birthday events, he offered to do it for him.”

Cooper’s mother said there was never a concern if her son would be able to attend prom.

“I would have escorted him otherwise,” she said. “John Handley and their administration and teachers and students are really good about including kids with disabilities and special needs, so we knew that he would go, but it would have been me taking him.”

His mother didn’t have to escort him, though.

Alyssa Campbell, a 21-year-old waitress at Chinatown restaurant, offered to be Cooper’s date. She became quick friends with Cooper and his mother through Chinatown’s owner and other staff.

On prom night, Seldon escorted Cooper, his mother and Campbell to Texas Roadhouse, where they ate dinner.

“I got wined and dined,” Campbell said.

“It was nice,” Alison Tilling added. “After we left the restaurant and took Cooper and Alyssa to the prom at Handley, Dwayne pulled up to the big curb with the limo.”

Seldon said he often gives guys tips at proms and other formal events because they “don’t know what to do.” Alison Tilling said Seldon taught Cooper how to open the door for Campbell and help her out of the car “like a gentleman.”

Campbell said Cooper “was a gentleman throughout the evening. He showed me around,and I met all of his friends. And there are many, many of them. I was getting tired. I had to take my heels off.”

Campbell said they had a great time at the prom, and Cooper showed off a spinning dance move.

At the end of the evening, Campbell gave Cooper a kiss on the cheek good night.

Cooper said he had a great time at prom and that he is definitely planning to attend next year.

"...Seldon said he often gives guys tips at proms and other formal events because they “don’t know what to do.” Alison Tilling said Seldon taught Cooper how to open the door for Campbell and help her out of the car “like a gentleman...” That's a great thing to do these days. It's sad that how to be a gentleman is not being taught as widely to today's young men as it used to be. Kudos to the Limo company, Mr. Seldon, and Miss Campbell for stepping up and making a special night possible for this young man.

Great story! Cooper is a great guy and so are the people who took the time to help him enjoy the prom.