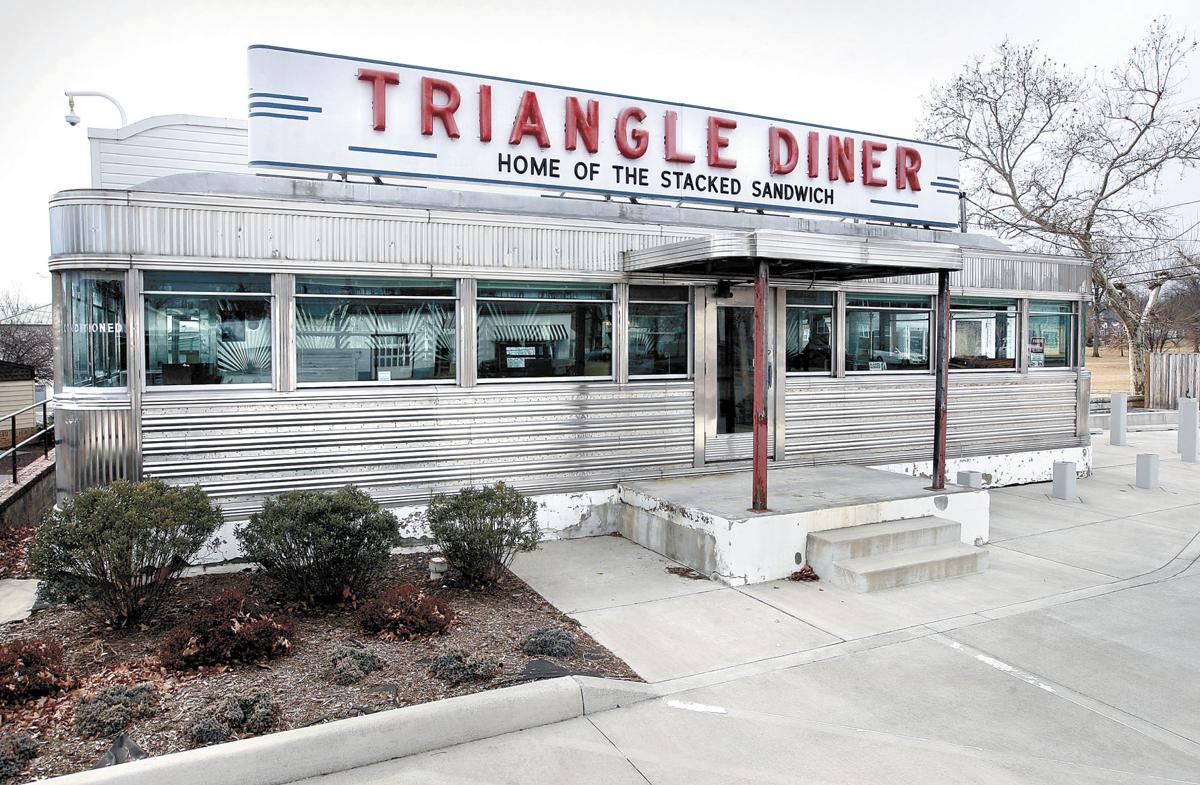 The vacant Triangle Diner at 27 W. Gerrard St. has been a much-discussed topic in Winchester since 2008. The owner of the diner is still determined to re-open the historic restaurant, but there’s no timetable for when that could happen. 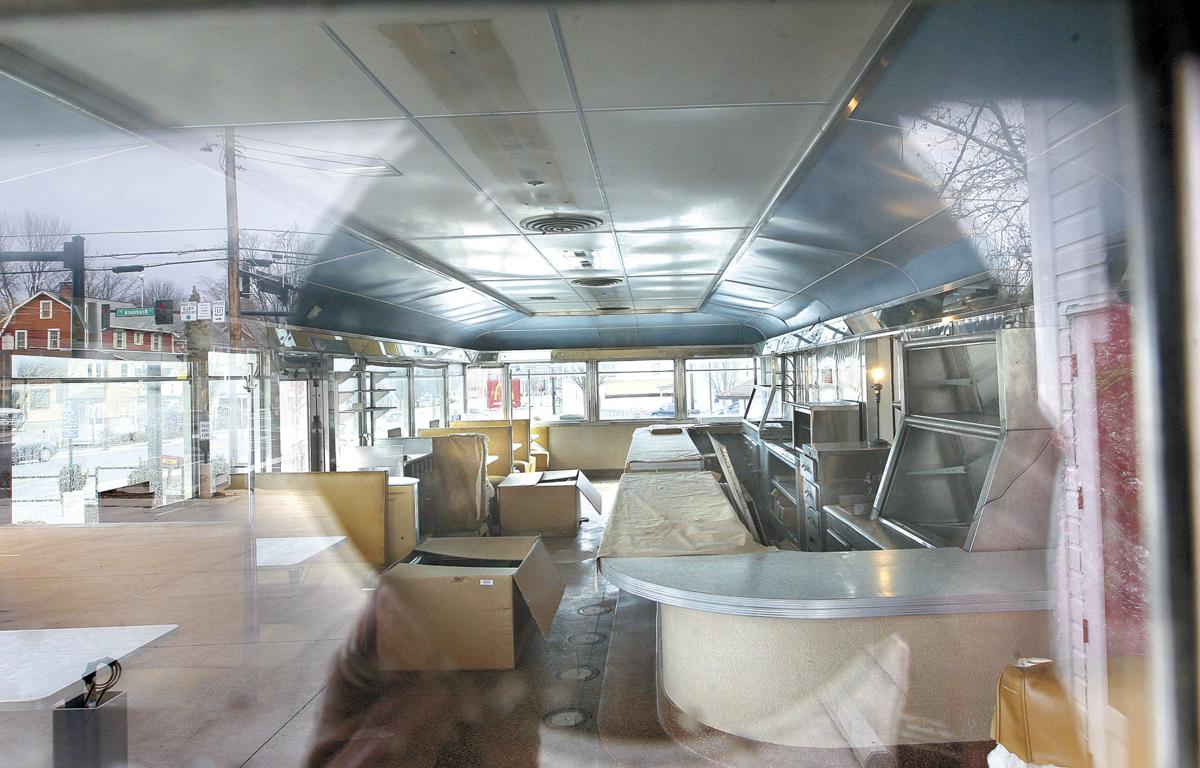 A view of the inside of the Triangle Diner looking through an exterior window  in Winchester on Wednesday. 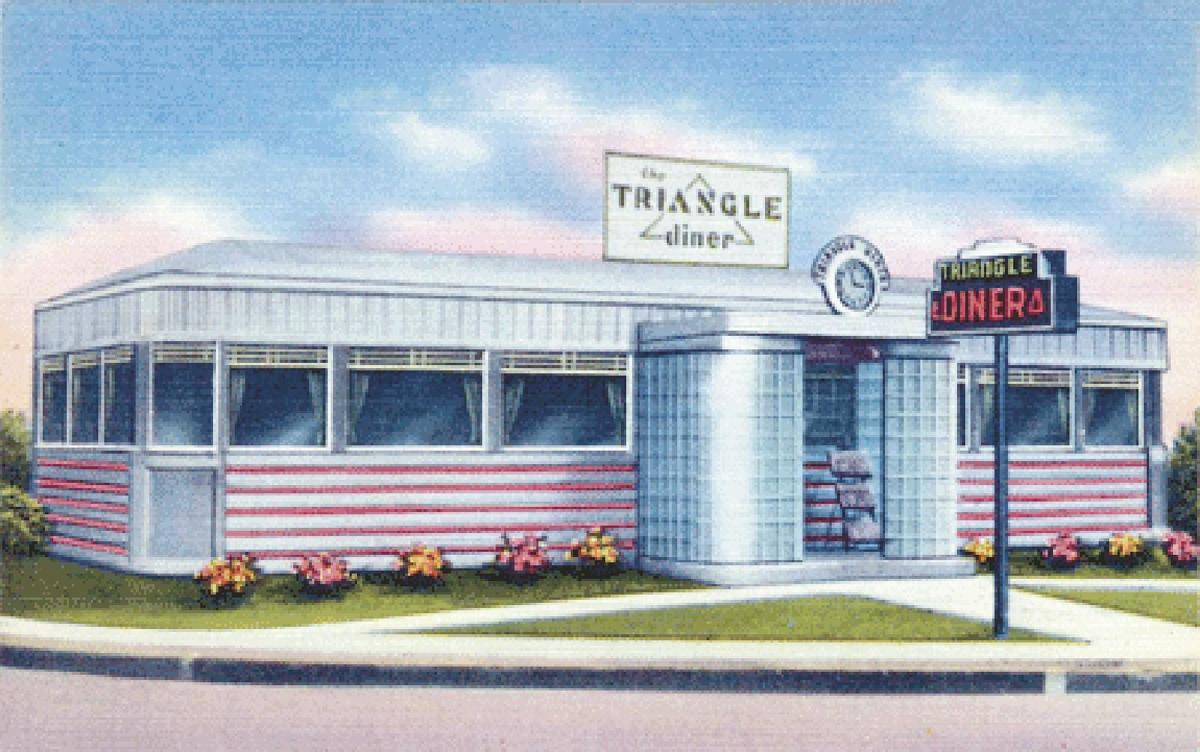 A post card depicts the Triangle Diner in Winchester.

The vacant Triangle Diner at 27 W. Gerrard St. has been a much-discussed topic in Winchester since 2008. The owner of the diner is still determined to re-open the historic restaurant, but there’s no timetable for when that could happen.

A view of the inside of the Triangle Diner looking through an exterior window  in Winchester on Wednesday.

A post card depicts the Triangle Diner in Winchester.

WINCHESTER — The owner of the long-dormant Triangle Diner is still determined to reopen the historic restaurant.

When that will happen is anybody’s guess.

Michael Lessin, managing director of the Dulles-based Medallion 7 Financial LLC that owns Triangle Diner, said in an email Wednesday “we continue to work on the project and remain highly committed to its completion.”

The vacant diner at 27 W. Gerrard St. has been a much-discussed topic in Winchester since November 2008, when Medallion 7 Financial bought the diner for about $400,000 and an adjoining property to accommodate additional parking for $150,000.

The prefabricated, stainless-steel diner — manufactured in 1948 by the Jerry O’Mahoney Diner Co. in Elizabeth, N.J., and then transported to Winchester — was added to the Virginia Landmarks Register in 2009 and the National Register of Historic Places in 2010.

According to information submitted to the U.S. Department of the Interior in 2010, the Triangle Diner “is one of very few surviving prefabricated diners in Virginia manufactured during the ‘Moderne Design/The Stainless Steel Period’ of diner construction history from 1945 to 1960. ... The Triangle Diner is the older of only two stainless-steel O’Mahoney diners known to exist in the state.”

A great deal of the work was documented on Triangle Diner’s Facebook page, which is filled with more than four years worth of photos.

The social media posts stopped on June 24, 2014, with a picture of shrubs that had been planted along the sidewalk in front of the diner.

Medallion 7 Financial, which initially said renovations could be completed by late 2009, now says the work will be finished when it’s finished.

“We don’t have an opening date to announce at this time,” Lessin wrote on Wednesday. “Right now, we are trying to determine a functional and historically correct solution to the open entry aspects of the front door — namely, shielding the interior from cold air blasts every time the front door is opened, since it is not currently a double door configuration.”

Lessin provided a historic drawing of the Triangle Diner with a small, glass-walled porch at the front door, presumably designed to shield customers from the elements as they entered and exited the restaurant.

“There was an actual photo run in The Winchester Star in the 1950s which showed a glass-block curved entry vestibule added to the front door ... so we have high confidence it existed in the late 1940s [or] 1950s for at least some period of time, and we will likely rebuild that type of entry,” Lessin wrote.

Before work can resume, though, Medallion 7 Financial LLC will need to renew its building permits.

Winchester Director of Zoning and Inspections Aaron Grisdale said on Tuesday there are no active building permits for Triangle Diner due to a prolonged period of inactivity.

“It’s basically a vacant, secure building and, as long as the exterior is being maintained and the property doesn’t become a hazard to health, welfare and safety, our involvement will be limited,” Grisdale said. “The impetus is on the property owner to make use of their property and get it fully renovated.”

Lessin said finding a way to stop wind gusts from blowing through the open front door is a key component to the diner’s restoration.

“Adding this entry makes a huge difference as to the heating and air conditioning load calculations for the building, so it is an important decision and one which we think will provide a tremendous benefit in the future to customers,” he wrote.

It remains unclear when work on the Triangle Diner will resume.

Randy Garbin of Jenkintown, Pa., the former publisher of Roadside magazine and current administrator of the RoadsideOnline.com Facebook page, said Lessin is something of a collector of historic diners. He owns seven of them, including the Triangle.

Under his Belleville Diners LLC group, Lessin also owns the Blue Star Diner in Newport News, where renovations resumed in March 2017 after more than four years of inactivity.

Like the Triangle Diner in Winchester, the Blue Star Diner remains closed and no projected opening date has been announced.

Aside from his involvement in the Triangle and Blue Star diner restoration projects, Lessin serves as president of ConnectLive, a digital video services provider and web-applications company headquartered in Sterling.