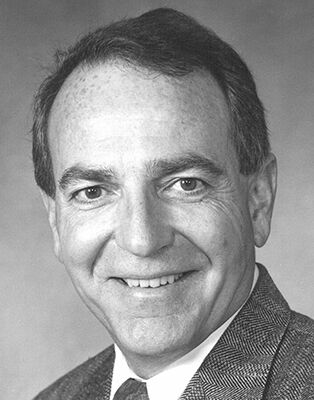 Terry was born May 17, 1942 in Toledo, OH. He is the son of the late John and Ilene Sinclair. He is survived by the love of his life and wife of 55 years, Diane, his 3 children - daughter Elizabeth & husband Robb Dugan, daughter Jennifer & husband Steve Snipes, son Jeffrey & wife Rebecca Sinclair; as well as his 8 grandchildren - Nicholas & Riley Dugan; Sarah, Abby & Drew Snipes; David, Matthew & Catherine Sinclair. He is also survived by his sister Beverly and her husband Joe Kack along with nieces and nephews. He received his undergraduate degree from Johns Hopkins University followed by his medical degree from the University of Michigan. He completed his general surgical training at the University of Missouri in Columbia, Missouri. Terry then served 2 years in the Navy as a Lt. Commander, one year as a ship surgeon aboard the USS Ranger Aircraft Carrier which was deployed to the Gulf of Tonkin during the Vietnam War, and one year at Oak Knoll Naval Hospital in Oakland, CA.

In 1974, Terry and his family settled in Winchester where he joined the private practice, Winchester Surgical Clinic, as a General Surgeon and worked at the Winchester Memorial Hospital, now known as Winchester Medical Center (WMC). Dr. Sinclair was an incredible clinician and general surgeon at WMC for 25 years. He served as the President of the WMC Medical staff during his clinical career. He then served as the Senior Vice President for Medical Affairs and Valley Health System for 17 years prior to his retirement in December 2010. A colleague described him as a man of great integrity, compassion, and humility. He lived his faith in everything he did and the world is a better place because of him.

In 1991, Terry was recognized as Outstanding Citizen of the Year by the Winchester/Frederick County Chamber of Commerce. He has been an invaluable member of the Winchester Community through his contributions and service at the First Presbyterian Church, Winchester Medical Center, Shenandoah Valley Westminster Canterbury (SVWC), Our Health, Lord Fairfax Emergency Medical Services Council, Virginia State Trauma Committee, Family Practice Residency program, the Rotary Club of Winchester, and other organizations close to his heart. One of his many lasting legacies will be his compassion for his patients and the importance of care for all through the creation and nurturing of the Free Medical Clinic, established in 1986 and recently named in his honor - the Sinclair Health Clinic. He served as its Medical Director for over 30 years.

Terry was a family man and his greatest joy was to be surrounded by the love of family. His wife, children, and grandchildren (including the 4 legged, furry ones) brought out his biggest smiles. He treasured time spent with family and friends. His other passions include relaxing at the beach, traveling (especially to Italy), sailing, tending to his rose garden, and cheering on Hopkins Lacrosse & Michigan football. He had a lifelong love of the piano and the house was always filled with classical music. He helped share that love with others through the donation of a Baby Grand Piano to the Winchester Medical Center and the creation of the “Live at Lunch” program.

The family wishes to express its sincere gratitude to the dedicated staff of SVWC who provided him with loving care. The world was a better and brighter place for his life. For those of you that had the pleasure to know him, you know the significance of this loss.

Due to rising COVID-19 concerns, the Celebration of Life service will be private. The service will be available via livestream by visiting https://youtu.be/QdksxhoEjbc on Saturday December 18 at 2pm.

In lieu of flowers, the family requests donations to the Sinclair Health Clinic which can be made via the www.sinclairhealthclinic.org website.