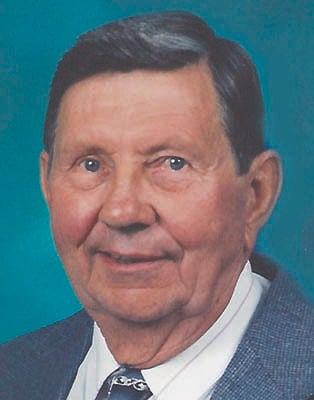 Born September 21, 1926 in Takoma Park, Washington, D.C., he was a son of Malcolm Lloyd and Mary Elizabeth (Hodge) McManamay.

Guy was proud to have served in the U. S. Navy during World War II. His ship along with others was headed through the Sea of Japan to begin the invasion of Japan when the War ended. He was later among those sent to Bikini Island to prepare for testing of the Atomic Bomb. In 1956, Guy went to work for the Army Corps of Engineers where he was responsible for backup power systems throughout the Washington Metropolitan area. He retired in 1986.

Guy was a long-time, active member of Shenandoah Farms Baptist Church in Front Royal, and, more recently, was an active member of Greenwood Baptist Church in Winchester. He was a boy scout and enjoyed working with the scouts. Golfing was his consuming passion; he and his golfing buddies from Bowling Green Country Club traveled extensively to golf courses throughout the Shenandoah Valley.

Guy was preceded in death by two sons, Guy McManamay II and Gary McManamay; a sister and brother-in-law, Lucille and Robert Curry; and a brother, Vernon McManamay.

A funeral service will be held 2 p.m. Monday, September 13 in the chapel of Bear Funeral Home, Churchville, officiated by Pastor Stuart Pauley. Burial will follow in Green Hill Cemetery, Churchville. The chapel service will be broadcast at 7:30 p.m. that day on his obituary section on bearfuneralhome.com.

The family will receive friends at the funeral home, one hour prior to the service on Monday.

Condolences may be expressed to the family online at www.bearfuneralhome.com.