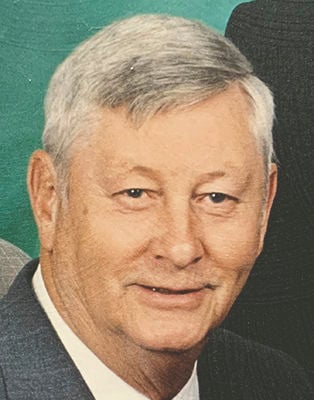 Howard graduated from Harpers Ferry High School, then served in the United States Air Force. Howard was the epitome of the family man. The joy of his life was the family that he created with his wife of 63 years, Virginia “Ginny” Jenkins Shewbridge whom he wed on June 14, 1958. Howard retired from FEMA as a computer operator after working for 38 years.

He was a member of St. Peters and St. James Catholic churches. He was extremely honored to have served his country and was a proud member of the Harpers Ferry/Bolivar District Veterans.

Howard is survived by his loving wife, Ginny, his son and best friend, Howard Lee “Skip” Shewbridge III, and his daughter, Mary “Michelle” LaFollette and her husband Rick. He was “Dadaw” to his grandsons, Matthew Richard LaFollette and Mason Howard LaFollette. He is also survived by his sister, Virginia Smith and many nieces and nephews. He especially loved and appreciated his time spent with nieces, Debbie Shewbridge, Pam Frye Clausen and Teresa Forsyth and his great-nephew, Colton Clarke.

Howard was preceded in death by his infant son, born in October 1959, his brother, Dr. Anthol W. Shewbridge and his younger brother, Alfred James, who passed away prior to his first birthday.

A Mass of Christian Burial will be held at 2:00 pm on Thursday, October 7, 2021, with a Rosary at 1:30, at St. James Catholic Church, 49 Crosswinds Drive, Charles Town, WV with Father Timothy Grassi as the Celebrant, assisted by Deacon Dave Galvin. The family will receive friends one hour prior to the Mass. Interment will follow in Edge Hill Cemetery.

Memorial contributions may be made in his honor to the following: Harpers Ferry/Bolivar District Veterans, Harpers Ferry Alumni Association, and St. James Catholic Church (for the preservation of St. Peters Church).

Condolences may be expressed at www.eackles-spencerfuneralhome.com