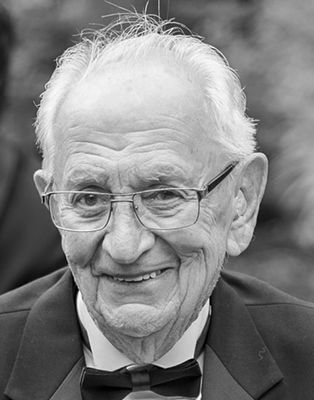 John Kronenberger (Jack) passed away peacefully surrounded by family on October 2, 2021. Jack lived a life of service, serving his God, his family, his country, and his community.

Jack was born September 3, 1931 to Henry and Hilda (nee Newhouse) Kronenberger in Scranton, PA. He attended St. Mary’s High School where he played basketball and made lifelong friends. He remained a faithful Catholic serving the church in many roles including lector and was a past Grand Knight of the Deacon Ed Christianson Knights of Columbus Council #3572 as well as a member of the Father Hickman Assembly #1883.

Following high school graduation, Jack joined the US Army where he served in the Korean Conflict and was a Sergeant 1st class in the 101st Airborne Division. He was an active member of the Shenandoah Valley Chapter #313 of the Korean War Veterans Association where he served as treasurer for many years. He truly enjoyed his work with the chapter, whether it was raising funds for the memorial located in Winchester Park, traveling to Washington for the annual Memorial Day Parade or attending gratitude events held by the Korean Embassy.

Jack spent his career as a retailer with Sears Roebuck & Co where he started his career as an associate in the service department and ended his career here in Winchester as the manager of the Sears in the Apple Blossom Mall. He took pride in his role expanding Sears in Winchester and opening the brand new store in the mall. He enjoyed retail merchandising through the rest of his life, and was always studying how competitors marketed their businesses. Following his Sears career, he became Executive Director of the Apple Blossom Festival which was a role he truly enjoyed as he helped showcase Winchester to the region.

Jack’s biggest source of pride was his family and he always remembered to tell us that. He was our biggest cheerleader and supporter, always willing to help us whether it was by completing a home repair, gifting us with a woodworking project, or teaching his grandchildren how to camp and to fish.

He was predeceased by his wife of 59 years, Patricia (nee Davis).

Relatives and friends are invited to his visitation Wednesday from 6-8pm at the Omps Funeral Home, 1600 Amherst St., Winchester. A Funeral Mass will be celebrated on Thursday at 11am at Sacred Heart of Jesus Catholic Church with Fr. Bjorn Lundberg celebrating. Interment will be at Shenandoah Memorial Park, Winchester.