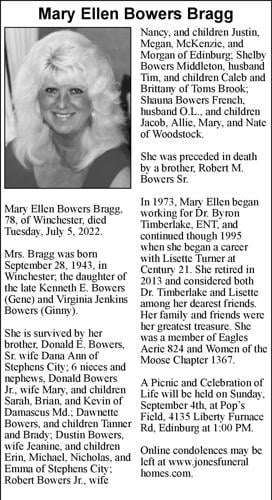 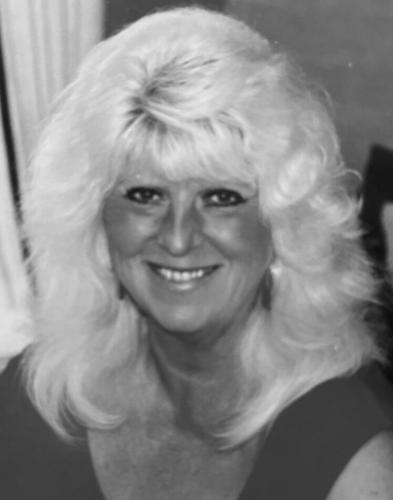 She was preceded in death by a brother, Robert M. Bowers Sr.

In 1973, Mary Ellen began working for Dr. Byron Timberlake, ENT, and continued though 1995 when she began a career with Lisette Turner at Century 21. She retired in 2013 and considered both Dr. Timberlake and Lisette among her dearest friends. Her family and friends were her greatest treasure. She was a member of Eagles Aerie 824 and Women of the Moose Chapter 1367.

A Picnic and Celebration of Life will be held on Sunday, September 4th, at Pop’s Field, 4135 Liberty Furnace Rd, Edinburg at 1:00 PM.

Online condolences may be left at www.jonesfuneral

Add an entry as anonymous