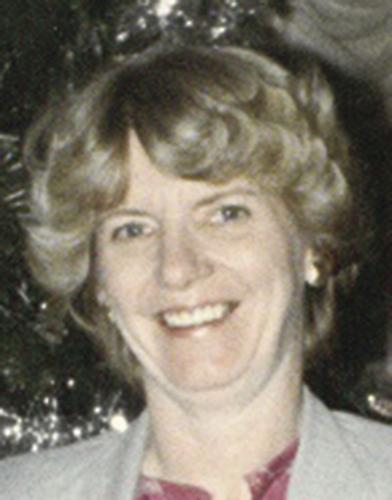 Maxine was born in 1936 in Bicknell, IN, the daughter of the late Maxwell and Dorothea Taylor. She was a graduate of Arsenal Tech, Class of 1954. She was born and raised in Indianapolis and moved to Frederick County after her husband’s retirement in 1973. She worked as a nursing assistant for a short period of time at Winchester Memorial Hospital, then worked as a store manager for the 7-11 in Stephens City. She eventually retired from the Federal Government as a training administrator. Maxine would say that her greatest joy was raising and taking care of her family while being stationed overseas as an Army wife. Maxine enjoyed sewing, collecting pottery and china pieces, and was an avid reader. Maxine’s greatest loves and joys were her family and doting on her grandchildren.

She married Raymond Leon Hickman Jr. on September 10, 1954, in Indianapolis, IN.

She is preceded in death by her parents; son, Keith Hickman; brothers, Charles, Stanley, and Marvin Taylor; and her canine companion, Molly.

Services for Maxine will be private.

In lieu of flowers, please consider making a donation in her name to the Winchester ASPCA, 111 Featherbed Lane, Winchester, VA 22601.

BOYCE — A bid by a private contractor for sidewalk repairs in Boyce was 81% below a bid submitted by the Virginia Department of Transportation.

Effective immediately, the Handley Regional Library System will no longer accrue overdue fines on most children’s materials — no matter what the age of the person checking them out. These items include books, CD audiobooks and DVDs.

MIDDLETOWN — In promotion of its newly launched drone program, Laurel Ridge Community College hosted a Drone Day on Tuesday to let the community learn more about the new program and allow potential students to try their hand at flying drones.

WINCHESTER — Apple Blossom Mall is hosting a back-to-school denim drive, “Do Good with Denim," through Sept. 5.

WINCHESTER — A local tradition for half a century returns this weekend to Frederick Douglass Park.

BOYCE — Town Council will give residents with inoperative vehicles on their property a final warning before getting tough with them.

WINCHESTER — CMA’s Subaru of Winchester on Wednesday received a trophy for the dealership’s efforts providing the most bicycles for children during the local 2021 Toys for Tots fundraiser.

A Front Royal man and his son died on the Potomac River in Maryland on Monday.

WINCHESTER — Vacant land on the south side of Crossover Boulevard could become home to a 331-unit residential complex called Winchester Crossover Apartments.