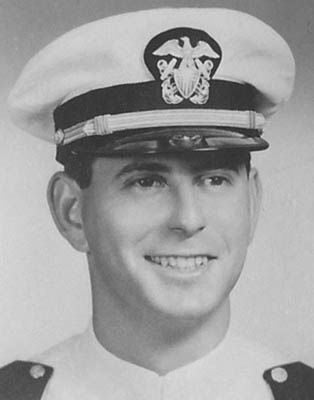 Simon Volinsky, also as known as “Si”, passed away Saturday, September 11 in Winchester, Virginia. He was 89 years old. Mr. Volinsky was born September 28, 1931 in the Bronx, New York City, the son of Mary Volinsky and Jack Volinsky. After high school he studied and played baseball at City College of New York and after college he joined the Navy Civil Engineer Corps, the “sea-bees,” where he managed the building of military bases. He rose to the rank of Lieutenant and served in Turkey during the Korean War. In Turkey he met and married Air Force Captain Lynn Hylton of Bluefield, West Virginia.

He is preceded in death by his wife “Lynnie” to whom he was married for 57 years; his brother, Albert Volinsky; and sister, Florence Myerson.

He went on to work for Columbia Broadcasting Systems (CBS) eventually becoming senior vice president in charge of real estate, retiring after 29 years in 1989. Lynn and Simon lived and raised a family of 3 children in Mount Kisco, New York and then retired to Winchester, Virginia in 1999. After retirement Kevin Anderson and Bruce Cameron helped him to continue his passion for baseball by making him an assistant baseball coach and mentor where he was beloved and known as “Coach V” at Shenandoah University. The generous crew at Bonnie Blue Southern Market befriended him and he could be found there most mornings with a fresh coffee, a blueberry muffin, and a smile.

The Volinsky family would like to thank the incredibly compassionate and caring team at Blue Ridge Hospice for all they did during his final weeks.

Funeral services will be held at 11:00 a.m. on Saturday, September 18, 2021 in the Maberry Funeral Home Chapel with Kenneth Hylton officiating. Interment will follow in the Phillips-Kessler Cemetery. The family will receive friends from 10 a.m. until 11 a.m. prior to the service at the funeral home.

Online condolences may be sent by visiting www.maberryfuneralhome.com.