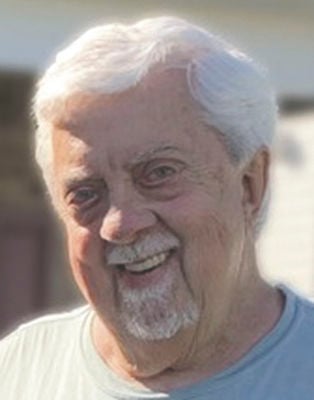 Tom was born on December 9, 1942, to the late Ignatius A. and Mayme (Bayuk) Cesnik in Hillsboro, Wisconsin. He spent his childhood and teen years there, graduating from Hillsboro High School (much to the relief of the faculty) in 1960.

He enlisted in the U.S. Army soon after and served in numerous duty stations including postings in Germany, Ethiopia, and Vietnam. Staff Sargent Tom Cesnik was honorably discharged in 1970. He earned the distinction of Sharpshooter (M-14) along with other recognitions.

He is survived by brothers Bernard (Madison, WI) and Mark (Tucson, AZ); children Cathryn (Moore) of Charlottesville and Jeffrey of Winchester; grandchildren Madison, Elizabeth, Joseph, and Anne Walker; as well as seven nieces and nephews.

Tom was a gregarious, hard-working and generous man who became an energetic entrepreneur. Following his military service, he began working in sales for the Food Festival market, Tysons Corner, then various wine distributors. After moving to Winchester, he opened a Minuteman Press downtown and afterward founded and operated Piccadilly Printing Company. His next venture was as a restaurateur, opening and operating Muttley’s restaurant in downtown Winchester.

In 1987 Tom founded JBTM Enterprises (a partnership with his three brothers) which operated as Signet Screen Printing in Winchester. Soon thereafter Signet added embroidery, advertising, and promotional products to the company’s offerings. Concentrating on reliability, high-quality, and meticulous customer service, the business grew quickly and was able to build and move to its own facility on Fort Collier Road.

Through Signet, Tom supported the community through direct philanthropy and donated work. He celebrated the community in many ways including his role as a founding member of the Opequon Yacht Club.

Tom retired from commercial work in 2006. The spirit of his leadership at Signet lived on with his counsel to Icon Screen Printing + Embroidery, founded by a former key Signet staff member.

In retirement, Tom began service to the Winchester community through volunteer work with Valley Health driving visitor busses and installing Lifeline systems throughout the area, including numerous remote and hard-to-reach residences.

Throughout all his business endeavors, Tom took great satisfaction in being a good boss. Respect for employees’ contributions and their individual circumstances created an atmosphere of mutual respect that Tom often credited with the overall success of his ventures.

Tom loved to work with his hands. In retirement he became an avid woodworker and gardener. He built a house outside Winchester before moving back, and eventually settled in Stephens City. His homes were always scrupulously clean and impeccably tasteful in decor. He was a “squared away” guy.

Tom was preceded in death by his parents and his oldest brother James.

A private memorial gathering will be held preceding interment at Arlington National Cemetery.

Memorial donations in Tom’s name may be made to The Blue Ridge Hospice of Winchester https://brhospice.org or The Leukemia and Lymphoma Society https://www.lls.org.