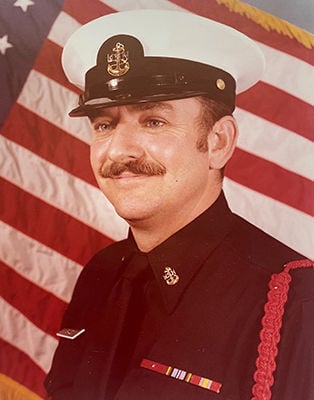 Tom was born on September 22, 1939 in Reidsville, North Carolina; a son of Ralph and Nora Bailey. He enlisted in the United States Navy and proudly served our country for 30 years. He retired as a Command Master Chief. Following his retirement Tom and his family lived in Winchester, Virginia. He was the manager of Rental Depot in Winchester for over a decade. He and his family then made their home in Florida for almost 25 years.

He was predeceased by his parents, brothers Carlyle Bailey, Jack Bailey, and sister Hazel Shackelford.

The family received friends on Monday, July 19, 2021 at Atlantic Mortuary in Rockledge, FL from 2-4pm, followed by a private funeral service. A full military internment will take place on Thursday, July 22, 2021 at 11:30am in the Cape Canaveral National Cemetery in Mims, FL.