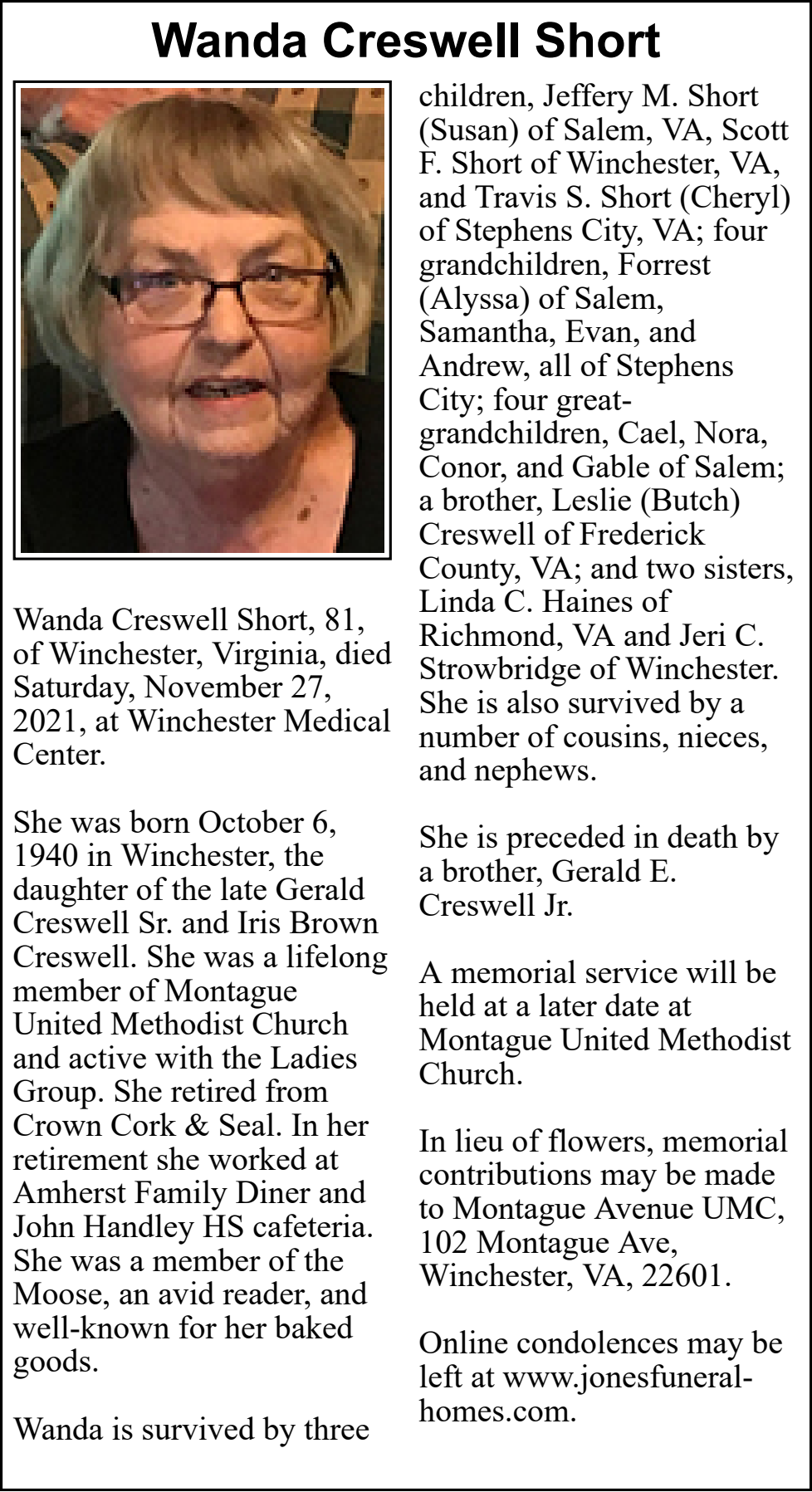 She was born October 6, 1940 in Winchester, the daughter of the late Gerald Creswell Sr. and Iris Brown Creswell. She was a lifelong member of Montague United Methodist Church and active with the Ladies Group. She retired from Crown Cork & Seal. In her retirement she worked at Amherst Family Diner and John Handley HS cafeteria. She was a member of the Moose, an avid reader, and well-known for her baked goods.

She is preceded in death by a brother, Gerald E. Creswell Jr.

A memorial service will be held at a later date at Montague United Methodist Church.

In lieu of flowers, memorial contributions may be made to Montague Avenue UMC, 102 Montague Ave, Winchester, VA, 22601.

Online condolences may be left at www.jonesfuneralhomes.com