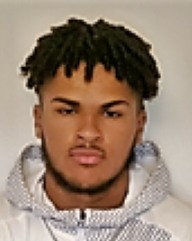 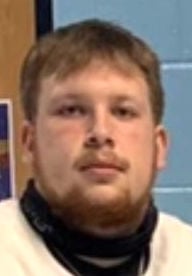 WINCHESTER — Millbrook football players Diante Ball and Dalton Tusing each signed to compete at the NCAA Division III level in a ceremony on Sunday in Jim Barnett Park.

Ball, a 6-foot-1, 205-pound running back, will compete for Dickinson College in Carlisle, Pa. Tusing, a 6-1, 260-pound offensive lineman, will play for Bridgewater. Both are three-year varsity players.

In Millbrook's four-game 2021 spring season, Ball led Frederick County in scoring, rushing for an area-best 10 touchdowns and adding a two-point conversion for 62 points. Ball ranked second in the county in rushing, recording 443 yards on 74 carries, a 6.0 average. Ball also caught 13 passes for 164 yards (both third in the county). He averaged 12.6 yards per catch. Ball also ranked fourth on the Pioneers in tackles this year (28) while playing safety.

In Ball's last full season as a junior in 2019, he was a wide receiver who caught 34 catches for 510 yards and five TDs and was named Class 4 All-Northwestern District honorable mention. He also had 55 tackles and six pass breakups as a linebacker.

Ball will join a Dickinson program that went 5-5 overall and 4-5 in the Centennial Conference in their last season in 2019.

Tusing can play anywhere on the offensive line and will look to play guard or center at Bridgewater. He said he'll play wherever he's needed.

Tusing helped Millbrook average 25.5 points and 322 yards per game this spring. As a junior, Tusing aided an offense that averaged 32.9 points and 370.5 yards per game as the Pioneers went 7-4 (5-2 Class 4 Northwestern District).

Tusing will join a Bridgewater team that went 3-2 (1-2 ODAC) this spring. The Eagles went 10-1 overall and won the ODAC with an 8-0 record in 2019, advancing to the first round of the playoffs.

Ball will study pharmacy. Tusing will major in biology in order to pursue a career in physical therapy.

PURCELLVILLE — Austin Bulman had a two-out RBI single in the top of the ninth inning to break a tie game and lift the Winchester Royals to a 4-3 win over Purcellville in the Valley Baseball League season opener for both teams on Saturday night.

The hit by Bulman (2 for 5, two RBIs) scored Ramses Cordova, who had walked and advanced to second on a fielder's choice, to make it 4-3. Winchester tied the game in the eighth inning when Will Long (2 for 4) scored Cristopher De Guzman (2 for 5) from second with a one-out single.

Michael Darrell-Hicks pitched three perfect innings to close out the game and earn the win. He struck out six batters. Tanner Bauman started for the Royals and allowed two runs (both earned), four hits and two walks while striking out nine batters.

Winchester — which had 10 hits to Purcellville's four — is next in action at 7:30 tonight at New Market.

NOKESVILLE — Kaden Spaid and Nick Bell combined on a three-hitter as James Wood rallied to clinch a Region 4C playoff berth for the first time since 2007 with a 5-2 victory against Kettle Run in the Class 4 Northwestern District semifinals on Friday.

Spaid allowed two hits and two runs (none earned) while walking one and striking out six in the first four innings. Bell cleaned up with three innings of one-hit relief, with no walks and six strikeouts.

The Colonels trailed 2-1 heading into the fourth, but used aggressive baserunning to score a pair of runs off of throwing errors. They tacked on two more runs in the sixth, scoring on an error and Spaid's sacrifice fly.

NOKESVILLE — Tyler Mallen scored off a Patrick Sigler assist nine minutes into the game, and that was the game's only goal as the Millbrook boys' soccer team defeated Kettle Run 1-0 in the Class 4 Northwestern District semifinals on Friday.

Millbrook (9-3) moves on to Tuesday's 7:30 p.m. championship game at James Wood (12-0). The Pioneers clinched a Region 4C tournament berth with the win.

LURAY — Brendan Haun had three goals and one assist and the Clarke County boys' soccer team completed a perfect Bull Run District championship season with an 8-0 win over Luray on Friday.

BERRYVILLE — Luray scored an earned run in the top of the seventh to knock off Clarke County in the Eagles' Bull Run regular-season finale 3-2 on Friday.

After giving up two runs in the first inning, the Bulldogs (2-9) held the Eagles (5-7) scoreless the rest of the game.