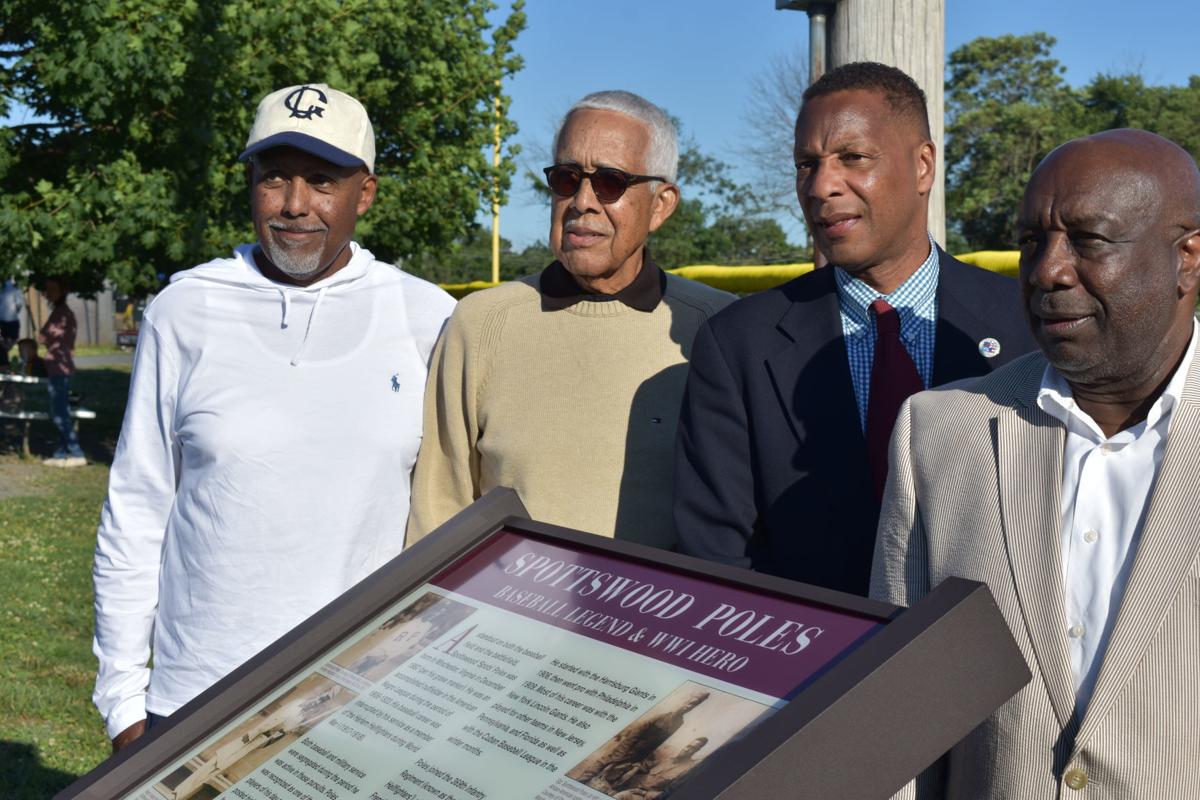 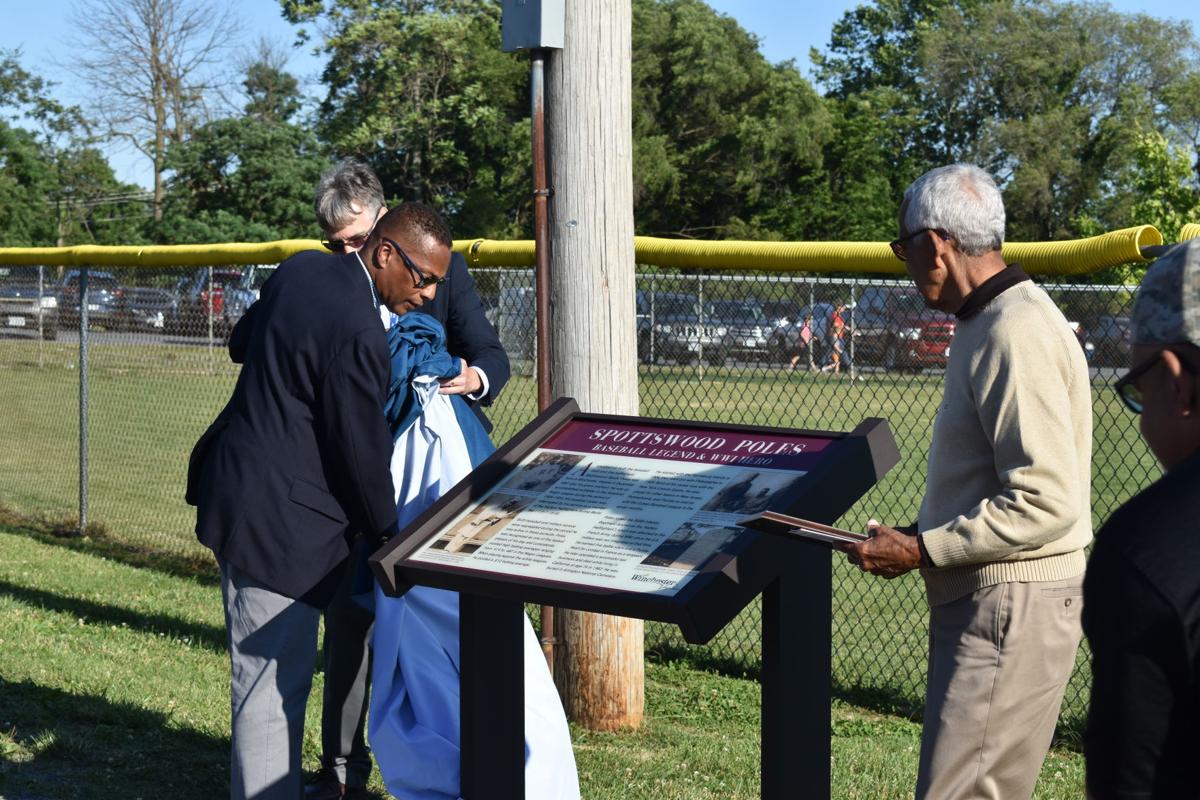 WINCHESTER — Reid Poles Sr., 84, believes his uncle and Winchester native Spottswood Poles should be in the National Baseball Hall of Fame.

But because of poor record keeping, historians have only been able to document that Poles played two complete seasons of professional baseball and the National Baseball Hall of Fame requires at least four recorded seasons.

Despite the lack of national recognition, Poles finally got his due in his hometown for his baseball career and for his heroism in World War I. On Friday night, the city held an unveiling ceremony of an interpretive historical marker beside Bridgeforth Field in Jim Barnett Park. The city has also recently named a road inside the park after him.

The ceremony was attended by some of Poles’ family members and city dignitaries.

Poles was born Dec. 9, 1887, and practiced his baseball skills with a broomstick and tennis ball outside his house at 530 Fremont St. He was an outfielder in the American Negro League from 1906-1923.

His baseball career was briefly interrupted when he served as a member of Harlem Hellfighters during World War I from 1917 to 1918. He earned five battle stars and a Purple Heart for serving as a sergeant. Both his experiences on the baseball field and the battlefield were segregated.

The historical marker was placed next to Bridgeforth Field rather than inside of it in hopes that more children and residents will be able to see it, said Winchester Planning Director Timothy Youmans at the unveiling ceremony. The historical marker may inspire someone to pursue a career in the military or baseball, he added.

“This is a long overdue recognition for a very worthy and historical figure in Winchester,” Youmans said.

Former Winchester Mayor Elizabeth “Betsy” Helm told those at the unveiling that she knew and admired Spottswood Poles.

“It shows that the community is finally recognizing the whole community,” said Mayor David Smith after the ceremony.

David Smith is correct, it is time to honor publically men and women of color. If we can honor men and women of color in Winchester, we can do the same in Virginia, the South, and the entire country. We can erect statues of these men, like Spottswood, as a significant way of helping resolve the angst and division caused by 'other statues' we see all over the state that cause division. As Gov. Doug Wilder said, "Build up, don't tear down!" PT