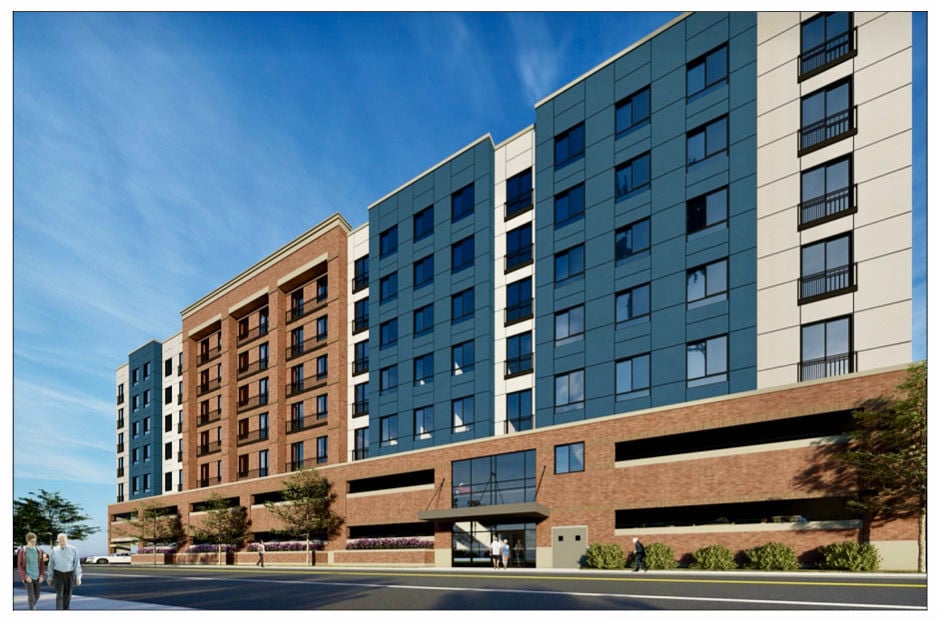 This architectural rendering shows an early concept of Phase II of a proposal to build affordable housing at the ZeroPak campus on North Cameron Street. The apartments shown here would be offered to people 55 and older with limited incomes. They would be built following the completion of Phase I, which would create about 130 affordable apartments for individuals and families. 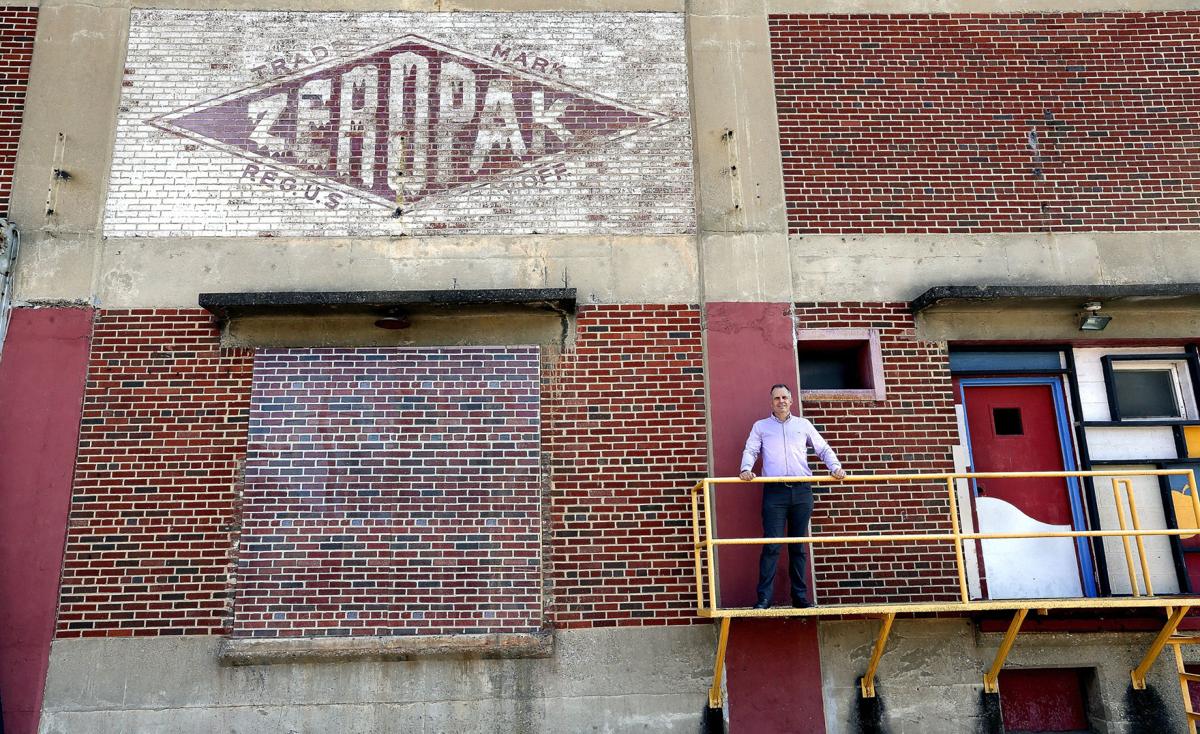 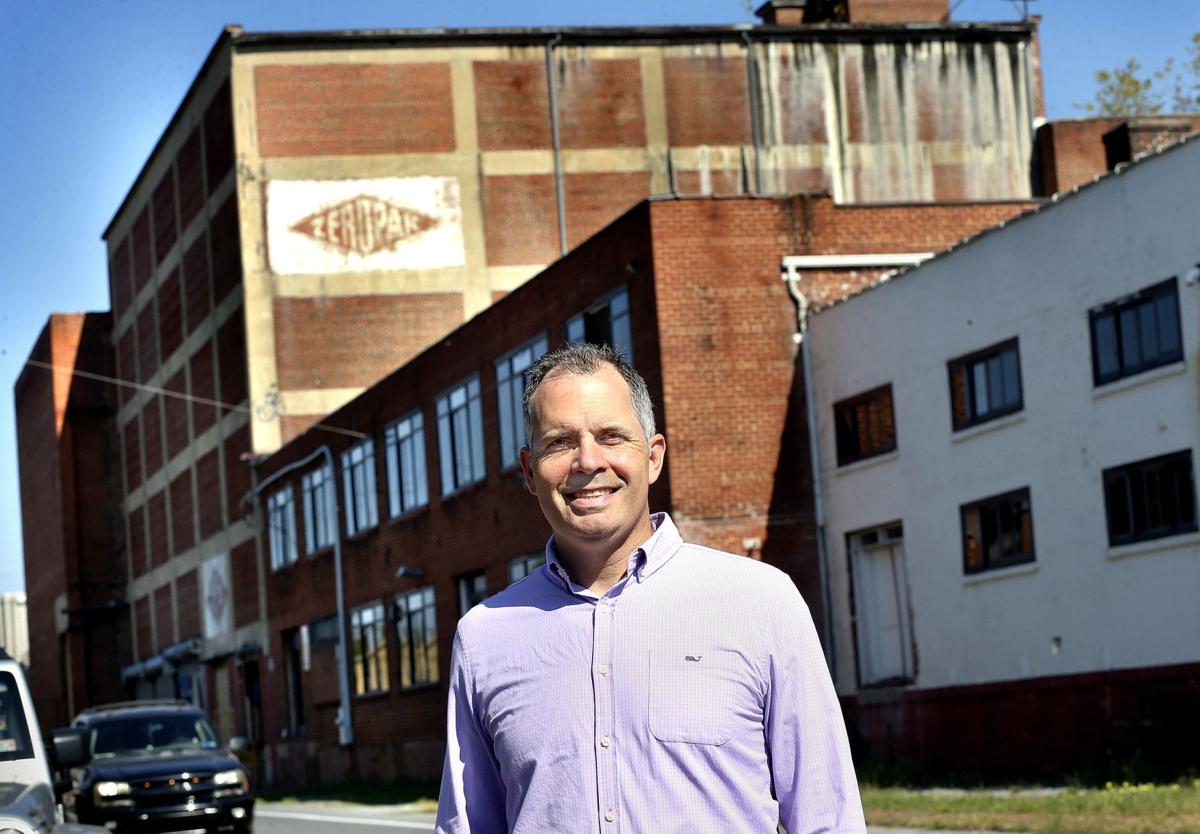 This architectural rendering shows an early concept of Phase II of a proposal to build affordable housing at the ZeroPak campus on North Cameron Street. The apartments shown here would be offered to people 55 and older with limited incomes. They would be built following the completion of Phase I, which would create about 130 affordable apartments for individuals and families.

WINCHESTER — A former member of City Council has announced plans to convert the long-vacant ZeroPak apple-processing and storage facility on North Cameron Street into an affordable housing complex.

"I'm very excited about this project," real estate developer John Willingham, who served three terms on council from 2009 through 2020, said on Friday.

Willingham has assembled a group of local and national development, design and financing experts to flesh out the proposed ZeroPak housing project, which would exclusively serve low-income individuals and families who meet the U.S. Department of Housing and Urban Development's financial criteria. HUD states that people who earn 80% or less of an area's median household income — the median income is currently $81,400 in Winchester — qualify for the reduced rents offered by affordable housing projects.

Willingham said the ZeroPak development would occur in two phases. The first would convert the property's largest building at 567 N. Cameron St. into low-cost apartments for individuals and families. The second would require new construction of an age-restricted apartment building for people 55 and older with low incomes.

Apartments will range in size from one bedroom to three bedrooms, but he declined to give a specific breakdown of units because the project is still in its infancy and designs are subject to change. He also declined to say how much it would cost to build the apartments.

If all goes well, Willingham said, construction could begin by the end of next year.

Affordable housing has become a hot topic in Winchester. A recently released housing study revealed that residents of 4,029 of the city's 6,617 rental households would qualify for affordable housing. While there is currently a fair amount of housing stock for people who earn 50% or more of the median household income, there are only 1,253 rental units that HUD considers affordable for the 1,943 households that earn less than 50% of the median household income.

There are hurdles standing between concept and reality. Willingham said construction cannot happen without the awarding of tax credits from the state and federal governments that encourage the building of affordable housing, and obtaining those credits is a long, complicated process. Also, the city would have to rezone the site from commercial to residential, and developers plan to ask that a WinTran public bus stop be added to assist residents without transportation.

"All those things have to come together," Willingham said. "We can only control what we can control, and I feel good about what we've done so far."

As of Friday, Willingham said city officials had been informed about the project but no formal steps had been taken to start earning the necessary permissions.

"We have had discussions," he said. "We hope the city will be supportive."

City Manager Dan Hoffman last week scuttled a proposal to build affordable housing for seniors in Friendship Park, which is located in Winchester's North End, due to citizens' concerns about taking away public land for private development. Hoffman has said he remains committed to developing affordable housing, particularly in the city's North End where the majority of residents earn low to moderate incomes.

Willingham said the ZeroPak project was in the works before the Friendship Park proposal was introduced and is not related to that thwarted development.

"We have been working and doing due diligence on the project for the last six or seven months," Willingham said. "We're able to provide a solution, at least a small solution, for the growing need we have in our community [for affordable housing]."

Willingham said he wants ZeroPak to show other developers how it's possible to build quality affordable housing for the city's most vulnerable residents while still turning a modest profit for investors. His biggest hope is that ZeroPak will become a catalyst for further development — especially residential development for financially struggling individuals and families — in Winchester's often overlooked North End and beyond.

"You look at how projects and streets improve, it's one at a time," Willingham said. "But somebody has to be that pioneer. For us, we think this is an appropriate location for us to be an affordable housing pioneer for our community."

ZeroPak, he said, has been somewhat of an albatross around the city's neck. The 288,500 square feet of buildings on the property's 6.6 acres have been empty or underutilized since the mid-1990s. It is currently owned by Jeff and Miriam Javan of Potomac, Md., who bought it in February 2014 for $585,000. Willingham's development group has the site under contract and will buy the property if the financing and administrative approvals come through.

"That building represents who we are and where we came from," Willingham said, noting the proposed apartment complex would retain the ZeroPak name and include design elements honoring the Winchester area's history as a leading apple producer. "If we don't do something with it, we're going to lose a huge piece of our history. It's a building that has been vacant, that will probably be deemed derelict or blighted. This, in my opinion, is probably our last hope to preserve that history."

"You look at how projects and streets improve, it's one at a time. But somebody has to be that pioneer. For us, we think this is an appropriate location for us to be an affordable housing pioneer for our community."

I agree with TonyR. This is not the first rodeo tried by Willingham in our city. He has tried to get things past when he was on the Council to benefit himself. He and Blaine were often together trying to get something passed.I would like to know where this Median of $81000 comes from. There is not a person that works a regular job in this area making anywhere near this. If it was not for the Local Governments salaries in this equation we would be at poverty level in Winchester and i am sure no local person is going to be living in this so called low income complex. This city has forgotten about the real people that live an work here and not the influx of the Washington area retirees. We need a Local Government that thinks of our own

people first. The residents of our city can not even afford to look at the front of

this building let alone live there. Sad for our area to get getting the promises and

keep getting the wrong end of the shaft. Let's just stop building and live our

uncomplicated lives. Best for everyone here and let the others move on.

Unless you plan on buying up all the available housing, you may be SOL. People will come here regardless of what you want.

Finally, a great idea for affordable housing! This project doesn’t take away public land, repurposes an unused building, and pays tribute to our city’s history. Wonderful!

Here we go, get your popcorn ready :)

Now all the comments saying how this is SO WRONG.

From all the comments lately, no one wants nice housing built in winchester, and no one really wants affordable housing. Very interesting concept. Maybe we just tear down all the homes in winchester and just have green space?

Our approach to providing affordable housing seems wrong. "..construction cannot happen without the awarding of tax credits from the state and federal governments..." I am having difficulty with this concept. It seems as we need to identify why not paying taxes seems to be the foundation. The ribbon cutting gives everyone a pat on the back - but the City gets stuck with providing services - with no cap - and the investors/owners walk away with huge profits. This seems to not be a good business model. Too much of the property in the City is tax exempt already. Maybe we need to revisit that as well. Don't get me wrong - I want affordable housing - lots of it - I just look at the business model of how it is done at it looks borderline criminal. Let's look long and hard at the funding and costs.

These investors know how to make money. And most investors know that affordable housing doesn’t yield very high profit margin‘s or really get their attention even.

However there is potential if an investor can offset his costs through tax advantages from the state and federal government that helps the investor preserve the profit they need to make their investment worthwhile. These investors have already done 1-2 years worth of due diligence and another year worth of work and effort needs to go into this project just to get approval and start building. All said that could be two or three years worth of time and time/effort invested. Most people are not willing to do that kind of work without being rewarded or paid promptly. These investors stand out in our community and are truly pioneering something that we needed more of a decade ago.

I have a business degree and understand this business model and affordable housing often only works if there are incentives, offsets, grants or donations. Also don’t forget that investors typically have to pay proffers on projects to improve the local area , massage the cities needs all so the city doesn’t get caught holding that bag indefinitely with costly road/trash/transportation burdens .