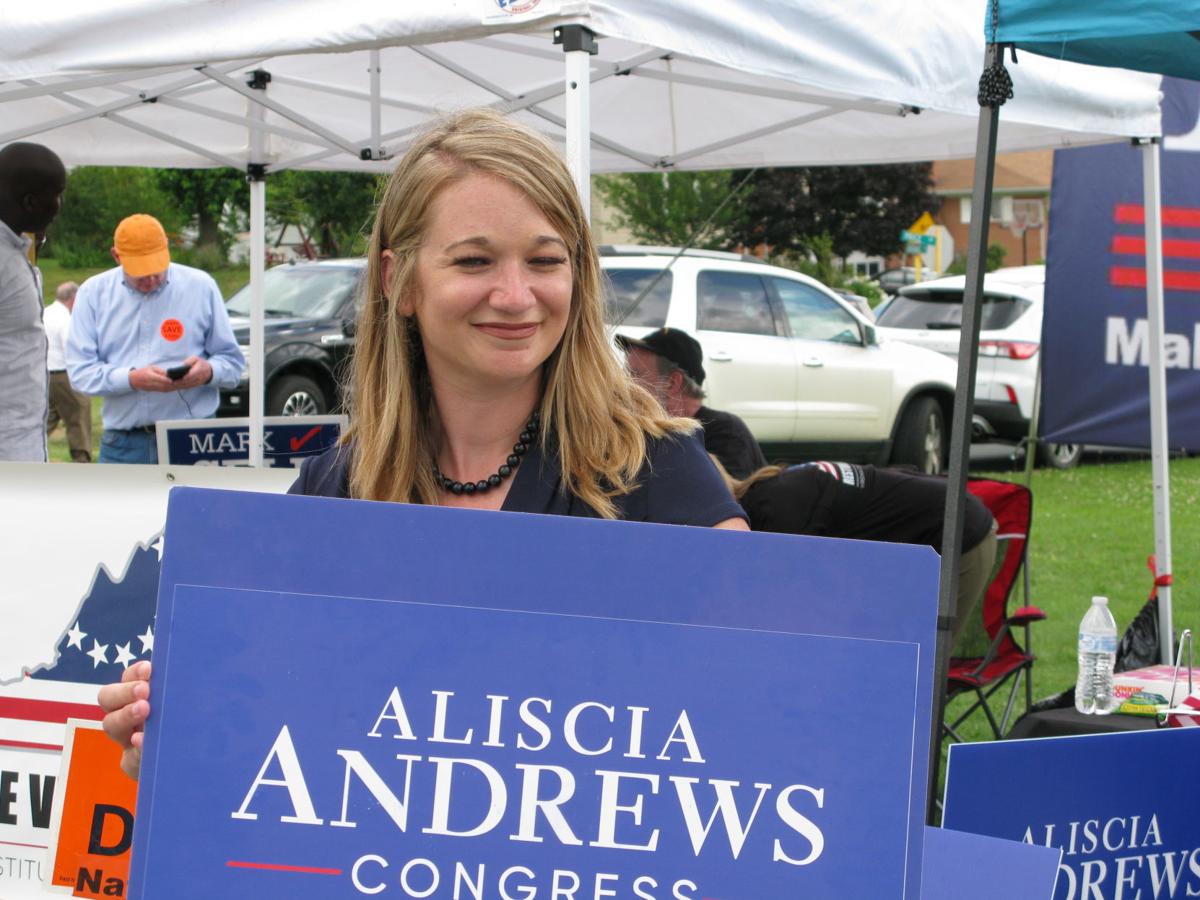 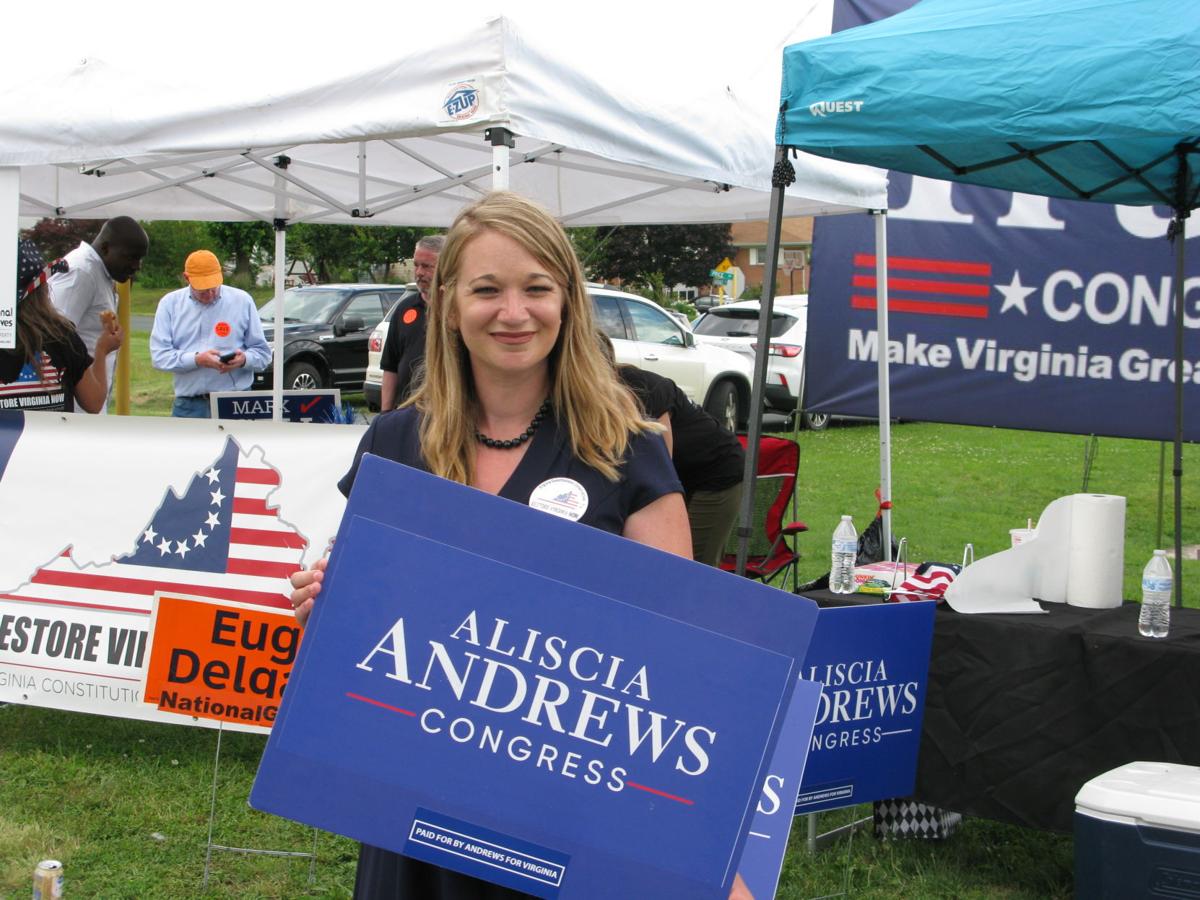 On Saturday night, Andrews won the final round of voting in the 10th Congressional District Republican convention, securing the GOP nomination. The convention was held outside Shenandoah University’s James R. Wilkins Jr. Athletics and Events Center.

“I think we worked incredibly hard, but so did every campaign that was here today,” Andrews said in a phone interview afterward. “And I just am so humbled to be the nominee for the 10th District of Virginia.”

The convention was held drive-through style, with 1,240 Republican delegates filling out ballots in their own cars and handing them to a volunteer. Voting took place from 8 a.m. to 4:45 p.m.

Each delegate ranked their first, second, third and fourth choices. The ranked-choice voting was done to ensure that the Republican nominee for the 10th District race would be supported by a majority of the party, rather than a plurality. The votes were counted inside the Wilkins Center.

“I’m ready to start a Wexit movement to ensure that Virginia 10’s constituents are represented for the first time in a long time,” Andrews said. “I genuinely want to thank the men I was up against for running an incredible campaign — Rob, Jeff and Matt are incredible competitors. They are just wonderful men and I just am so humbled. And I am just so excited and I’m so ready to take the hill.”

The 10th District includes all of Clarke, Frederick and Loudoun counties; the cities of Winchester, Manassas and Manassas Park; and parts of Fairfax and Prince William counties.

Andrews said she she stands with President Donald Trump in wanting to build a wall along the U.S.’s border with Mexico, close immigration loopholes and secure America’s ports to stop illegal immigration. According to her website, she also stands with law enforcement and border patrol and supports “policies that enable them to do their jobs while the far-left demonizes them.”

Andrews, who is a contractor for the Department of Homeland Security and Intelligence on border security issues, considers national security a top priority. According to her website, she believes the United States should have “a fully-funded and operational military,” stating that the country needs to maintain military dominance over China, Russia, North Korea and Iran. She also vows to never vote in ways that infringe upon Second Amendment rights to bear arms, and she supports the Virginia counties that want to declare themselves Second Amendment sanctuaries.

Heather Rice, of Manassas, who was elected to the Republican Party’s State Central Committee during Saturday’s convention, said there is an understanding among Republican voters “that whoever wins, we all will rally behind them.” She said the convention had a good turnout, considering the circumstances of the COVID-19 pandemic.

“I’m very proud of our party and their participation,” Rice said. “We’ve got really great people participating in this event.”

Frederick County Commissioner of the Revenue Seth Thatcher, who voted for Jones, said he will support the GOP nominee.

“I don’t think there’s a bad candidate in the group,” Thatcher said. “I think the majority of people will fall behind the nominee.”

Winchester resident Tony Growden said any of the Republican candidates could “easily go up against Jennifer Wexton and defeat her.”

Good luck, Aliscia. You already have my vote.

You have my vote.