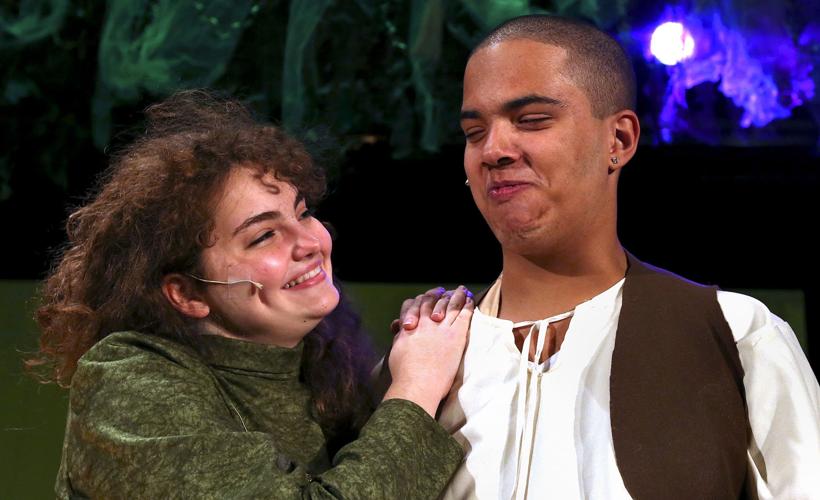 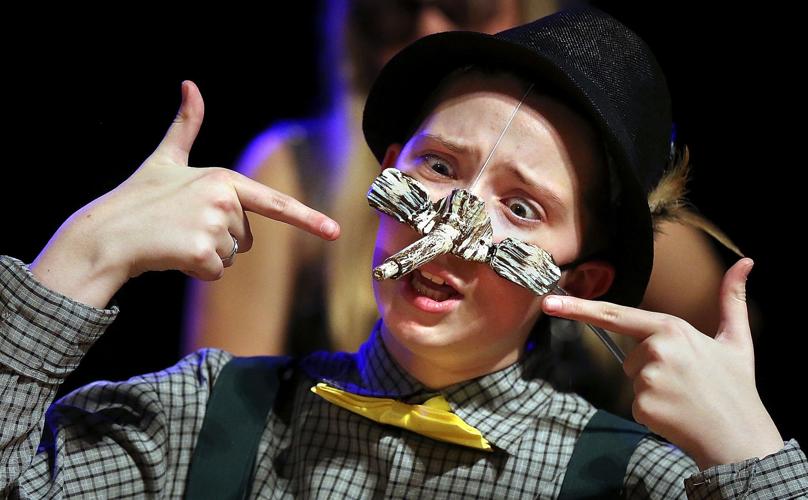 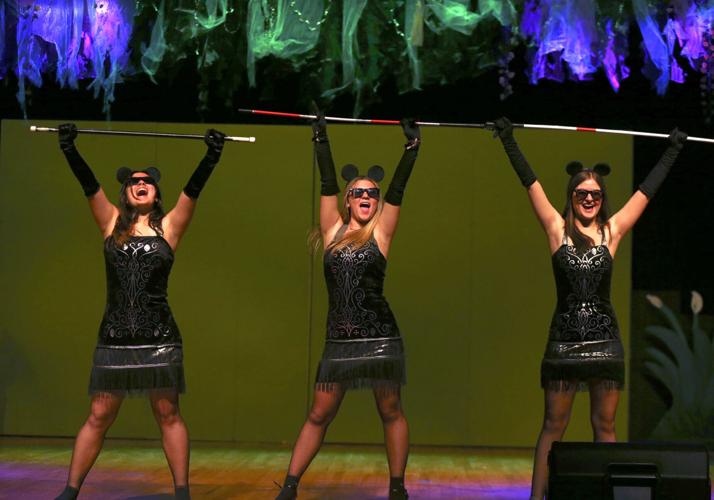 A cast of 126 students from all Winchester Public Schools will present “Shrek the Musical” in the Patsy Cline Theatre at John Handley High School this weekend.

A cast of 126 students from all Winchester Public Schools will present “Shrek the Musical” in the Patsy Cline Theatre at John Handley High School this weekend.

The thing about Winchester Public Schools is that it is more than just a school system that has buildings where students show up for class. WPS is a diverse community that welcomes everyone in the city to be a part of the action. There is, perhaps, no better tangible demonstration of this than the system-wide school musical that occurs in the fall on the Patsy Cline Theatre stage at John Handley High School.

Handley drama teacher and theater director Valerie O’Keeffe says “Shrek,” a story focused on the relationship between an ogre and a princess, was specifically chosen because the musical’s themes of inclusivity and diversity are an integral part of putting on a system-wide show. “We literally want every single child to be able to participate. Our rehearsals don’t start until 5 p.m. We work with sports. We work with clubs. Most of those activities start right after school. So, students don’t have to choose. They can come to rehearsal after those activities,” O’Keeffe says.

More than 200 students will take part in “Shrek the Musical.” From techies to costume makers, from the band in the pit to those who built the set, students are involved in all aspects of the production. “Theater tech kids put hammer to nail,” O’Keeffe says. “They built the set by themselves this year. It is so cool.”

Actors from Handley comprise the lead cast. However, two students from each elementary school will take on the roles of Little Shrek and Little Fiona. Teen Fiona, the villagers and the ensemble feature DMIS and DMMS students. There will also be a handful of community leaders taking the stage in walk-on parts.

The power of an all-system musical is that children can start participating when they are young and by the time they get to high school, they know theater can be their home, explains O’Keeffe. One of those students is Eva Shifflett, who will take on the role of Princess Fiona for a couple of performances this weekend. Shifflet got her start in theater a long while back when she was in the system-wide production of “Joseph and the Technicolor Dreamcoat” as a third grader at John Kerr Elementary School.

“Being able to put on a show with the ‘big kids’ was a fantastic experience. Being a Rainbow Child in ‘Joseph’ was my first real exposure to performing musical theater. Since then, my love for it has only grown,” Shifflett says. “I love seeing the kids get so excited about theater. One of my favorite things about theater is how it brings people of all ages together. It is magical.”

However, having a background in acting or stagecraft is not a prerequisite for participation. Handley senior Xavier Miller knows this well. He landed the role of the ogre, Shrek, having never been active in theater. “I’ve been doing choir for a while,” he says. “But, I’ve always wanted to try being in a musical. I always thought it would be really fun.”

It’s not just Shifflett and Miller who are enthused about this year’s production. “The students are in love with their costumes, the dance, the humor and the lightheartedness of the show,” O’Keeffe says. Indeed, the cast was excited to don their costumes recently, interact with the crowd at a Handley football game and pass out some tickets.

Shifflett shares O’Keeffe’s outlook and links the show’s most well-known song to the over-arching experience of participation. “The show’s ‘Freak Flag’ anthem tells us that our insecurities and imperfections don’t define us. Our music director, Garrett Jones, has always done a fantastic job making the theater a safe space where we don’t have to be afraid of taking risks or making mistakes,” Shifflett says.

The rehearsals, according to her, are a judgment-free zone that fosters creativity, and, in turn, growth and learning. She emphasizes that perfection is not necessarily the goal. ”Everyone has become significantly more confident since the show’s start, and it’s been incredible to watch,” Shifflett says.

O’Keeffe encourages the community to buy tickets and enjoy the show. And, she says to stay tuned. Next year is the 100th anniversary of JHHS, a school that is steeped in traditions. While she is not ready to give away any secrets just yet, she is looking for ways to rev up community involvement next year to celebrate the decades-long tradition of a system-wide, community-oriented musical.

Students, like Shifflett, encourage anyone with an inkling of interest to get involved. “If you’re considering trying theater, do it! The people you meet in theater are some of the most hardworking, talented, and kind individuals. I know that whenever I’m feeling down, I can come to the theater, and suddenly, every bad thought melts away,” she says.

Her enthusiasm is equaled by O’Keeffe’s, who lives and breathes theater. O’Keeffe’s kitchen and the back deck at her home are painted “Mama Mia” blue. A candelabra from a previous set lights a corner of her dining room awaiting its next role. Her family has been consuming fruit sorbets from coconut shells she bought in bulk to have enough perfectly sized shells to produce a distinct “clopping” noise on stage for the production.

Showtimes for “Shrek the Musical” are 7 p.m. Friday, 2 p.m. Saturday and 7 p.m. Sunday in the Patsy Cline Theatre at John Handley High School. All tickets are $10. The price has not been increased for 25 years. The way to purchase a ticket has changed though. Tickets are sold online at gofan.co/app/school/VA24909.