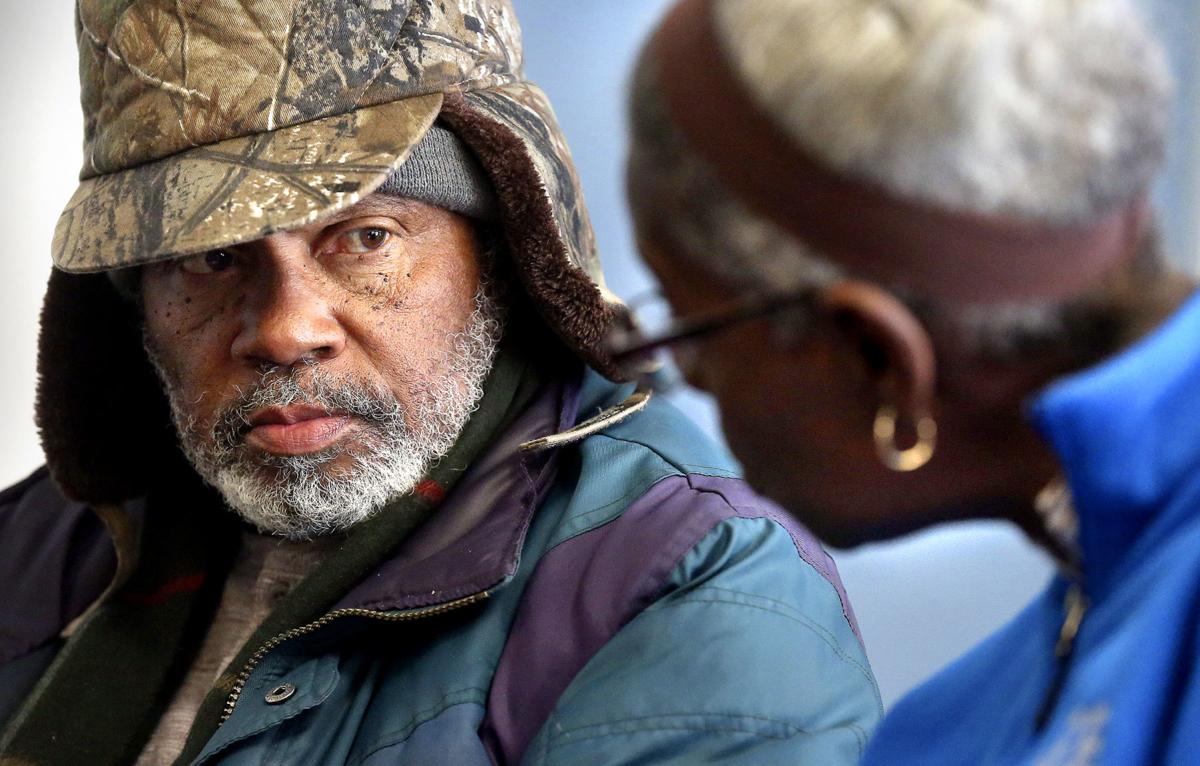 Peter Brown is interviewed by Zanata Fenn of AIDS Response Effort during the Point-in-Time homeless count on Wednesday in Winchester. 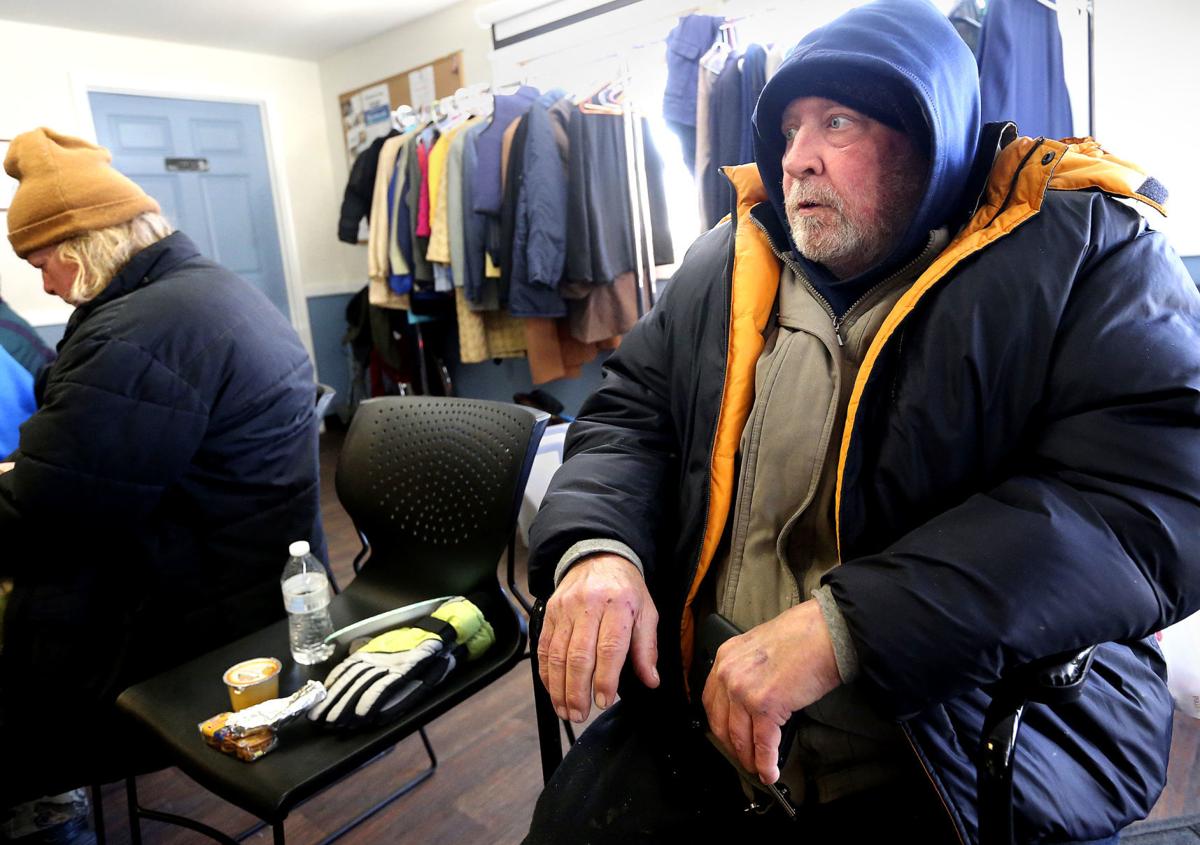 Brian Nichols is among the homeless people counted in the annual Point-in-Time homeless count. 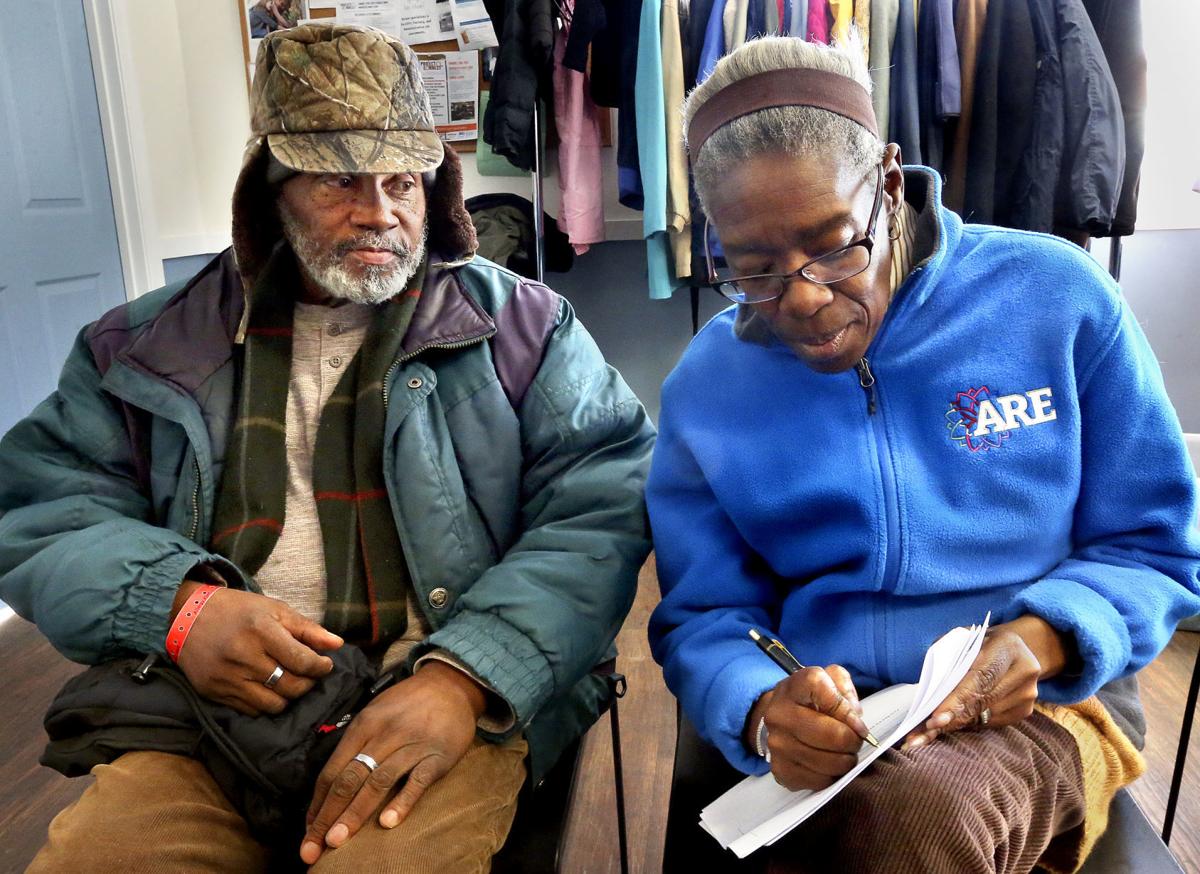 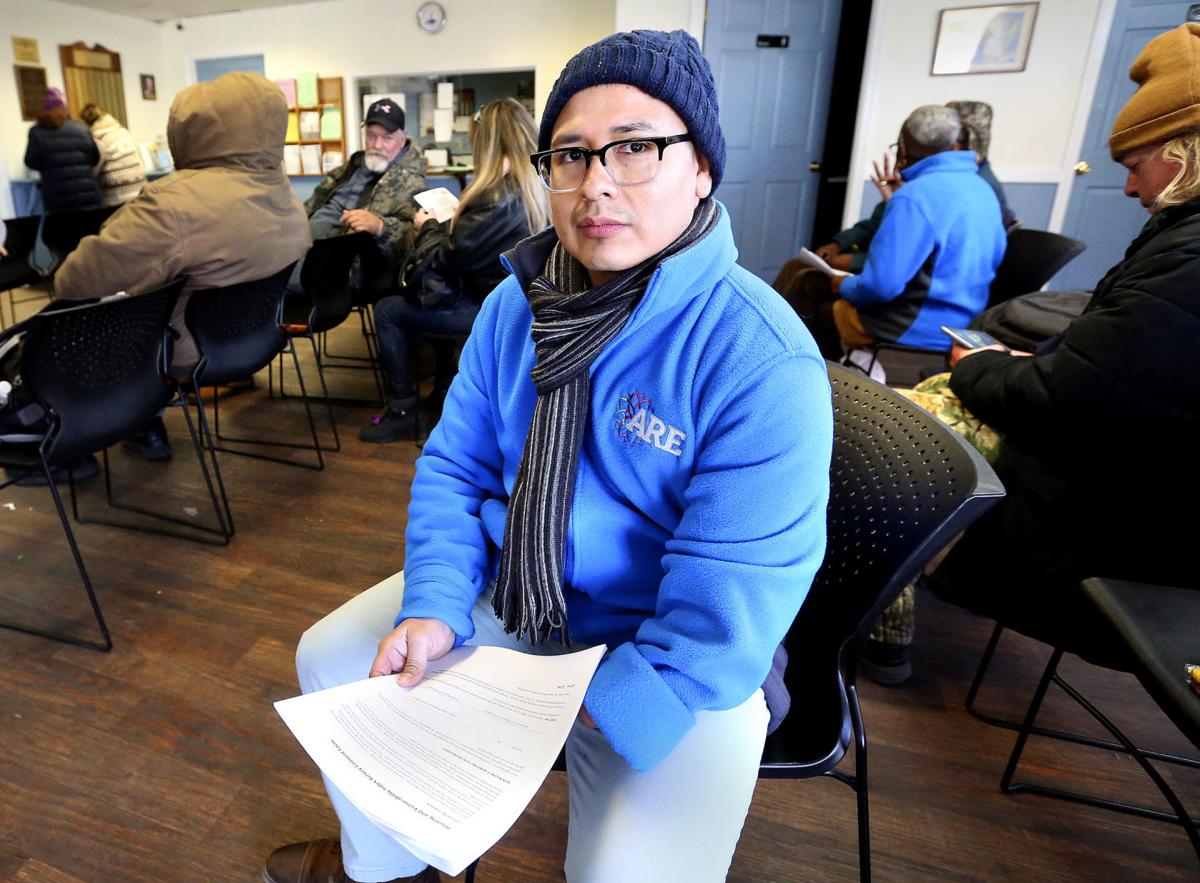 Peter Brown is interviewed by Zanata Fenn of AIDS Response Effort during the Point-in-Time homeless count on Wednesday in Winchester.

Brian Nichols is among the homeless people counted in the annual Point-in-Time homeless count.

WINCHESTER — Staff and volunteers with the AIDS Response Effort (ARE) of Winchester spent Wednesday counting as many homeless people as they could find in and around the city.

One of the people they found was Peter Brown, an unemployed musician with a grieving heart and two injured ankles who has not had a home for nearly six months.

“I’m bouncing back slowly,” Brown said as he discussed the medical issues and other setbacks that put him on the streets. “I’ve been in and out of the hospital many times, and sometimes the pain is bad and my legs swell up, but God is good because I could have been dead.”

Brown stayed warm on a chilly Wednesday afternoon by taking refuge inside the Congregational Community Action Project (CCAP) building at 112 S. Kent St. The nonprofit group provides financial and material assistance to homeless and less-fortunate people in the Winchester area.

To Brown’s left was Brian Nichols, a man in a wheelchair who is optimistic that his homelessness will end as soon as he has enough money to travel to Arizona, where his girlfriend lives.

“I’d be totally out on the street without WATTS,” Nichols said, referring to the Winchester Area Temporary Thermal Shelter program that transports homeless people to local churches so they can spend the night safe from winter’s cold.

Nichols and Brown were just two of the homeless people who visited CCAP Wednesday to be included in the annual Point in Time homeless count overseen by the Western Virginia Continuum of Care (CoC) in Harrisonburg and conducted locally by ARE.

ARE Housing Services Program Manager Oscar Cerrito-Mendoza said the count helps to determine a region’s need for U.S. Department of Housing and Urban Development grants that the CoC uses to get people off the streets.

“Basically, what we can do for people is pay a security deposit or first month’s rent, stuff like that, to get them into permanent housing,” Cerrito-Mendoza said.

Grants are awarded to the CoC and shared throughout its service area, which includes the cities of Winchester and Harrisonburg and Frederick, Clarke, Warren, Shenandoah, Rockingham and Page counties.

Grant money isn’t always enough, though. Cerrito-Mendoza said a shortage of affordable housing in the Winchester area makes it difficult to find suitable homes for the homeless.

“A lot of my clients are still homeless, and they were referred months ago,” he said.

HUD also provides a limited number of vouchers for temporary stays at area hotels, but Cerrito-Mendoza said they can only be given to people who have acquired permanent housing but are unable to move in for a week or so. Vouchers cannot be handed out at random, he said, “because we have to follow our grantor’s program guidelines.”

“It is difficult to say to somebody, ‘At this moment, I can’t help you,’” Cerrito-Mendoza said.

While the annual homeless count strives for accuracy, there are some people on the streets who choose not to participate or cannot be found on the day of the event. The final tally will be a good indicator of how many homeless people are in the Winchester area, but Nichols said the actual number could be much higher.

“Maybe upwards of a thousand, probably,” Nichols estimated, adding that some homeless people are never counted because they avoid organizations like CCAP, WATTS and ARE because of distrust, mental illness or an addiction to alcohol or drugs.

“We do what we can with the resources we have to get as close to the actual number as possible,” Cerrito-Mendoza said.

ARE staff and volunteers spread out Wednesday to locate as many homeless people as they could. Cerrito-Mendoza said he had already been to WATTS and was planning to visit the Loudoun Street Mall, Handley Library and Winchester Rescue Mission later in the day.

“There are more homeless people [in the Winchester area] every year because individuals move here looking for resources they might not have found in other places,” Cerrito-Mendoza said.

Brown, a former resident of Martinsburg, W.Va., came to Winchester about six months ago following his roommate’s death.

“He was the only one I had,” Brown said of his friend and fellow musician as a tear slid down his cheek.

This was the first year that ARE was the lead agency for the CoC’s Point in Time homeless count in the Winchester area. The nonprofit was assisted by United Way of Northern Shenandoah Valley and Valley Assistance Network, two community organizations that plan to follow up the annual count with today’s Project Connect from 8 a.m. to 2 p.m. at the Winchester Moose Lodge, 215 E. Cork St.

The results of Wednesday’s Point in Time homeless count will be released in the coming weeks by the Western Virginia CoC. In the 2019 count, 146 homeless people were identified in Winchester and Frederick County, including 16 children and 19 people living on the streets, in camps or in their cars.

For more information about the count, visit continuumofcare513.com.

Some people deserve help, others do not. WHY do I say this? For I know Brian through another person in that area.

Ask him where the CAR went that someone bought for him... ASK HIM!

Ask him were the THOUSANDS of DOLLARS are he PROMISED TO PAY BACK to a person that lent him money... ASK HIM!

Ask him what happened to his WIFE. (Well, he said a certain person and him were married. Was that a lie?) Ask him where she went, and why she left him. Just maybe it was because he wasn't any good. For YEARS that woman did for him. Getting jobs where she could. How did he repay her? By finding "girl friends" who he sent money to. And not just one from what I hear.

Ask him who bought him food when him and his wife didn't have....

I could go on... But this will end up being a FACEBOOK POST! You can read it there.

Perhaps there would not be so many homeless if businesses would give them a break and hire and renting a place didn’t cost an arm and a leg.

But according to the keyboard warriors on Facebook, there aren’t homeless people in Winchester, just scam artists panhandling. They say this as they sit in their heated SUVs looking at people in disgust.

They keep building all of these apartments, but they still don't build anything that poor people can afford. It's all about money, not compassion.

You are comparing apples to oranges and misleading....panhandlers and homeless are not directly related. There were many panhandlers who were not homeless and taking advantage of the area's generosity and thus taking valuable resources from the homeless who are in actual need.