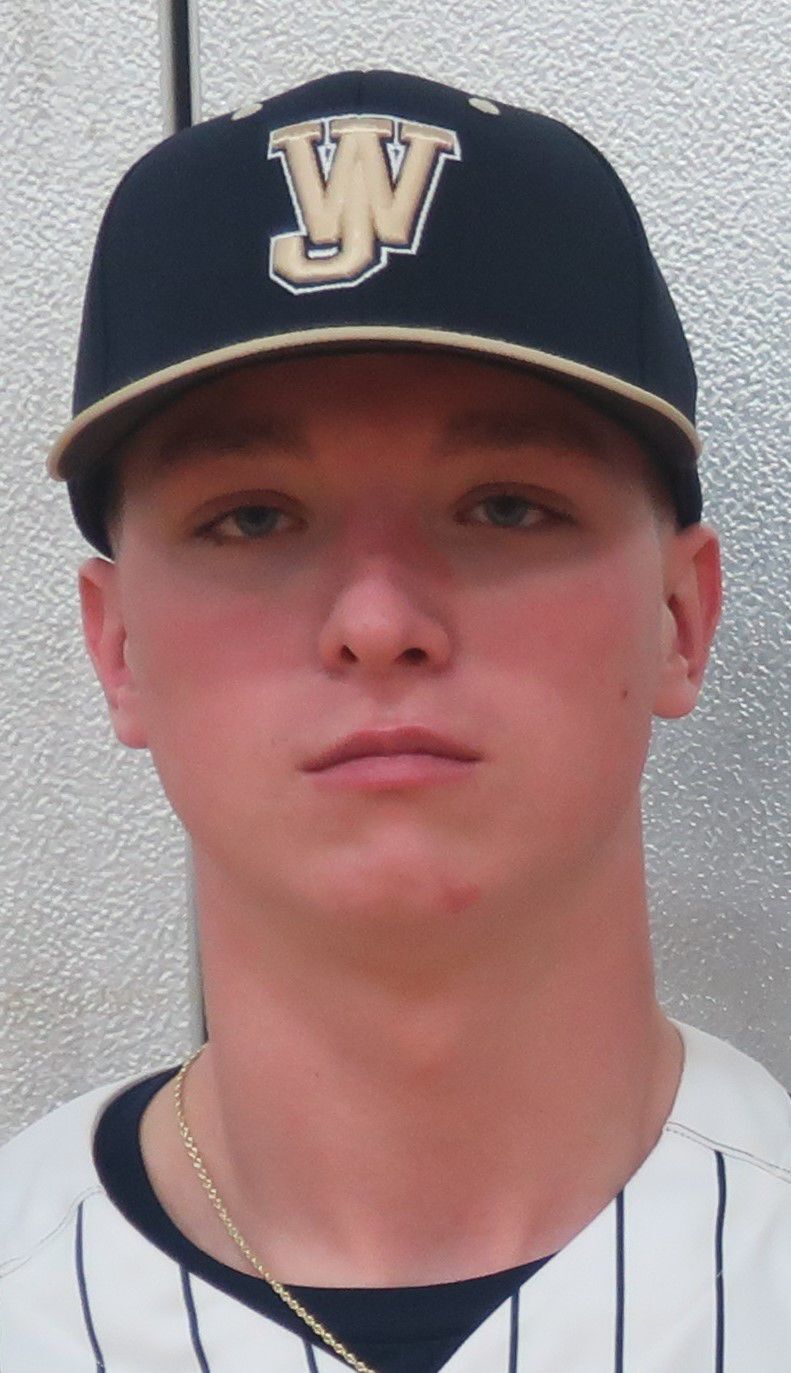 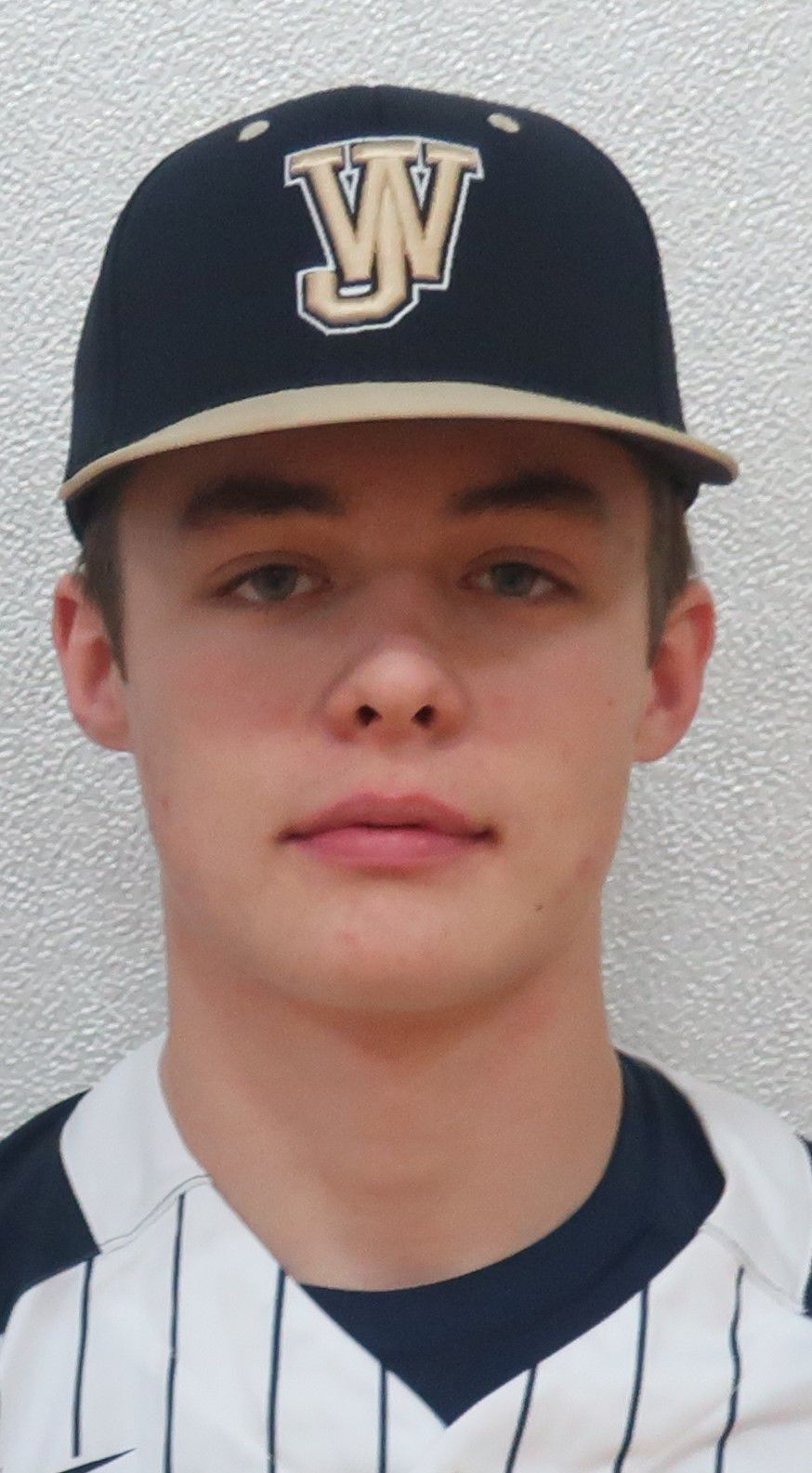 The two seniors both signed national letters of intent with Division II Davis & Elkins on Tuesday in a ceremony.

“It’s super cool to be able to know somebody going in somewhere new,” Spaid said.

Nixon said he was also interested in Millersville University and several other schools showed interest.

“I was involved with some, but it was hard to get response and interaction with them because of COVID,” he said.

“Coach Bell was talking to one of his friends and Coach Miller got his contact information,” Nixon recalled. “It was like, ‘Hey, I’ve got these two kids.’ … The coaches started contacting us and we would talk. Then they offered me my scholarship and I was blown away with what they were able to offer me. I couldn’t pass that up, especially in a COVID year.”

Nixon, who will major in sports management, said the Senators are looking at playing him at either third base or second base.

“It’s a huge relief just to know I’m going to play four more years of baseball and to play at a high level,” he said. “D-2 and D-1 was a dream and to be able to make that possible, especially in a year like this, it’s a blessing.”

“When I went on my visit, everything just seemed like perfect,” he said. “It felt like a good fit for me. The people were nice and I just felt like it was a good school for me to go there and do well. Another reason I chose Davis & Elkins is because I received an athletic and academic scholarship and over half of their school is based on athletics.”

Spaid said Miller is looking to use him both on the mound and possibly in the field at catcher or shortstop. “It’s wherever I fit within the system,” Spaid said. “I pretty much can play anywhere.”

Spaid, who also plans to major in sports management, is happy to have his decision made. “It was a huge stress-reliever when I finally committed, just to be able to make the right decision and make sure I go somewhere I want to go and will succeed the best.”

The Senators are currently 7-17 both overall and in the Mountain East Conference in their first year under Miller.

Handley junior defensive lineman Stephen Daley and senior defensive back Aidan Haines were each unanimous first team selections on the All-Region 4C Coaches Association teams that were released on Tuesday.

Clarke has 4 on Region 2B volleyball team

The contest was tied 1-1 at the half.

The Judges improved to 3-0.

BERRYVILLE — Justin Toone netted a hat trick and added an assist as Clarke County rolled to a 9-1 win over Madison County in the Eagles' soccer opener on Tuesday.

MADISON — Madison Toone scored three goals to lead the Clarke County girls' soccer team to a 9-1 rout of Madison County in its season opener on Tuesday.

Peace struck out seven and allowed one earned run in the triumph.

NOKESVILLE — Kylie Wilkerson struck out 12 batters and walked two in a five-inning, 16-0 Class 4 Northwestern District victory over Handley on Tuesday, which was the season opener for the Judges.

The Cougars scored three runs in the first, three in the second, two in the third and eight in the fourth. They had 14 hits.

NOKESVILLE — The Handley baseball team dropped its Class 4 Northwestern District opener 11-0 to Kettle Run in a game limited to five innings by the run rule on Tuesday.

The Judges (1-1, 0-1 district) had two hits and gave up four runs in the first inning, five in the second and two in the fourth.

BERRYVILLE — Madison County scored six runs with the help of 11 walks, two hits and three errors in beating Clarke County 6-2 in a Bull Run District game on Tuesday that opened the season for the Eagles.

Clarke County gave up one run in the first and second innings and four in the sixth inning. The Eagles had three hits.

The Judges improved to 3-1.

HARRISONBURG — Frankie Ritter and Haden Madagan combined for six hits and drove in five runs as Shenandoah University cruised to a 10-2 ODAC baseball win over Eastern Mennonite on Tuesday.

The Hornets (23-7, 16-4 ODAC) never trailed after scoring in the first inning. Calvin Pastel (4-1) fired seven strong innings, allowing one run on seven hits while walking one and striking out four.

Ritter (two-run homer in the fourth) and Madagan (3 RBIs) each had three hits in SU’s 12-hit attack. Henry Delavergne added two hits, including a solo homer. Eastern Mennonite fell to 6-12.