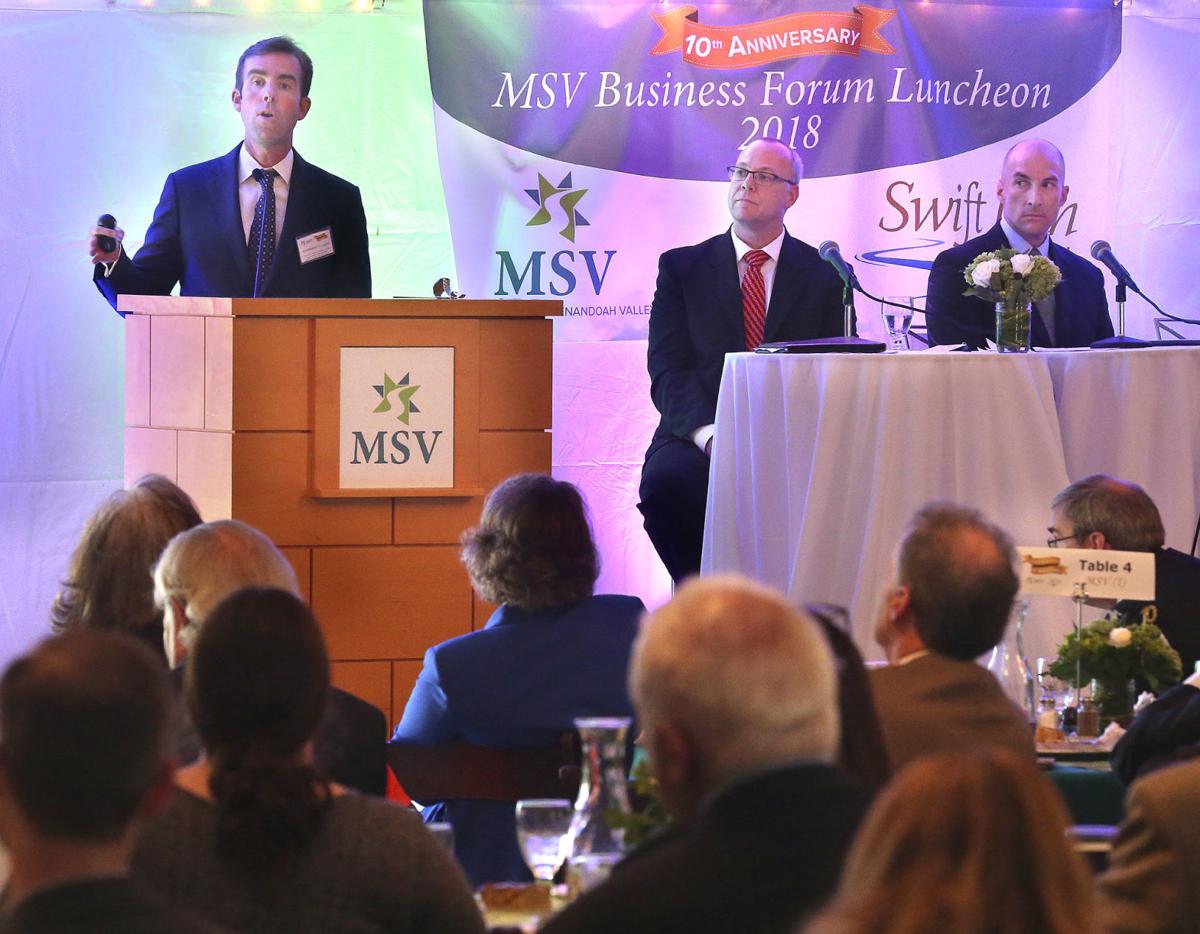 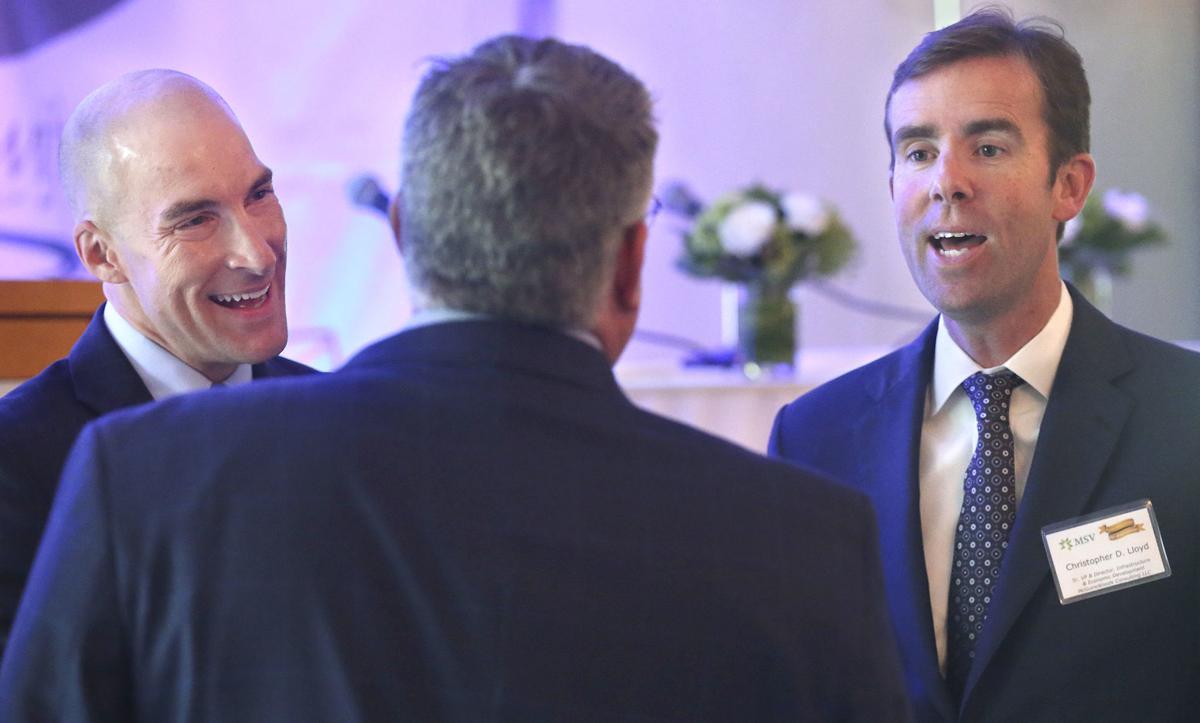 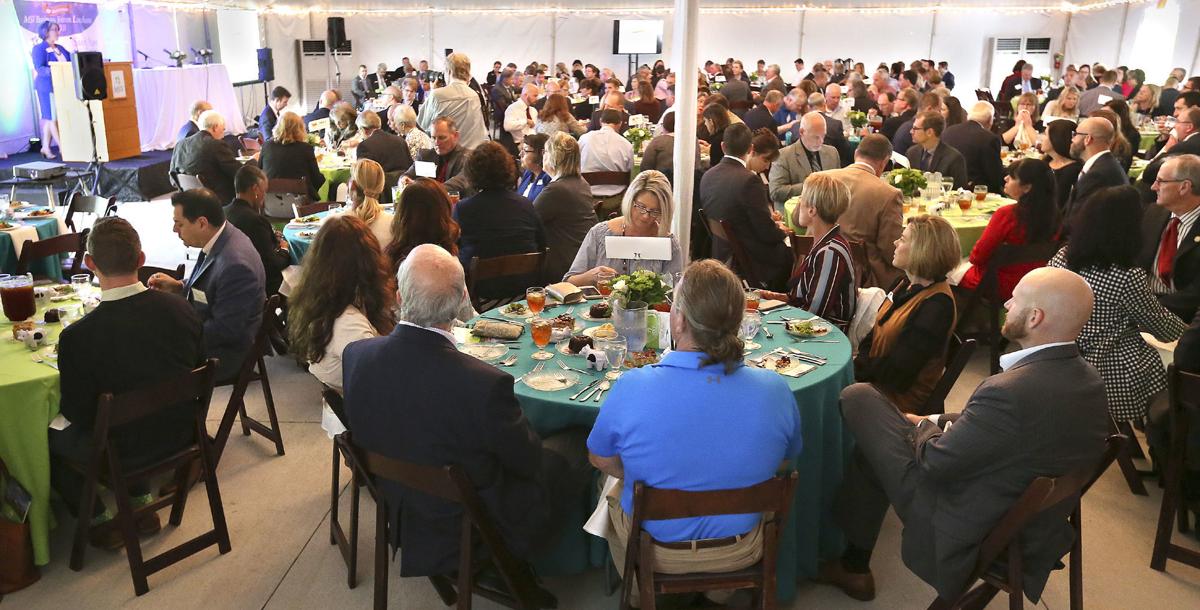 Area business leaders gather in a tent at the Museum of the Shenandoah Valley Thursday for the 10th anniversary Business Forum Luncheon.

Area business leaders gather in a tent at the Museum of the Shenandoah Valley Thursday for the 10th anniversary Business Forum Luncheon.

WINCHESTER — Local business leaders were given a grim picture of Virginia’s economy Thursday afternoon during the Museum of the Shenandoah Valley’s 10th annual Business Forum Luncheon.

Christoper Lloyd, senior vice president and director of infrastructure and economic development at Richmond-based McGuireWoods Consulting, told approximately 275 people at the event that Virginia is lagging in economic growth and new company creation. He said the state never fully recovered from the recession and warned local leaders that if their colleagues and business partners in other parts of Virginia are suffering, it will have a “big” impact on the Winchester area.

“It pains me to see where our state is headed economically,” Lloyd said.

Lloyd displayed a graph showing that Virginia is far below Utah, North Carolina, Colorado, Florida, Washington, Georgia, Massachusetts, Texas, California, Maryland and the U.S. average when it comes to economic growth over the past seven years.

“We even have Maryland beating us folks,” Lloyd said. “That’s embarrassing. They are beating us, in Maryland. And why are they beating us? It’s because we are not forming new businesses.”

He said Virginia is not a state of innovation, but a state “that shuffles paperwork really well.” Instead of creating new companies, advancing research and growing the economy, he says businesses in Virginia are “chugging along with what we are doing.” He believes the state will continue to fall behind unless business leaders work together to course-correct.

Since 2012, the state has been losing far more talented people than it has been recruiting them, Lloyd said. During the 1980s and the 1990s, Virginia was creating jobs in professional technical services and manufacturing and that those jobs were paying $75,000 to $100,000 a year.

“If you look at the jobs we are creating now in Virginia, they are retail, they are hospitality,” Lloyd said. “There’s a lot of folding burritos and cleaning bathrooms in Virginia right now. And that’s where our job growth is happening. Now that’s not to say those aren’t honorable jobs, every job is honorable. But those aren’t the type of jobs that create a sustained growing economy.”

Frederick County Economic Development Authority Director Patrick Barker and City of Winchester Development Services Director Shawn Hershberger, who also spoke at the event, said the top six areas of employment in the area within the next 10 years will be in the fields of health care and social assistance, construction, educational services, transportation, warehousing, and finance/insurance. The largest-growing population in the area are residents ages 70-79, with adults ages 30-39 close behind. Those ages 20-29 are the smallest demographic locally, and business leaders were encouraged to work harder to recruit that demographic into the local workforce.

Lloyd said boosting the economy locally and statewide will require communities to invest in infrastructure and education. He said economic development is not about groundbreaking or ribbon-cutting ceremonies as much as it is about talking to elected officials and engaging with the public.

Smart communities, according to Lloyd, invest in workforce development. He said businesses need to be involved with workforce training and collaborate with high schools. He said they need to clearly communicate the types of skills they are looking for among graduates.

He encouraged the audience to set a goal of where they would like to see their community 10 years from now and plan for how they are going to pay for it.

Funny that we are told communities need to invest in infrastructure and education in the same issue that our wonderful BOS denied funding a proper replacement Aylor school. Actually not funny, it's sad.

Sorrowfully, business leaders moaning about lack of business growth ignore the fact that Virginia has been ranked 51st among states in labor policies to promote retention of younger workers. The state is "losing talented people" in a near-full employment period because wage rates and compensation are artificially depressed by statutes that frustrate wage growth.