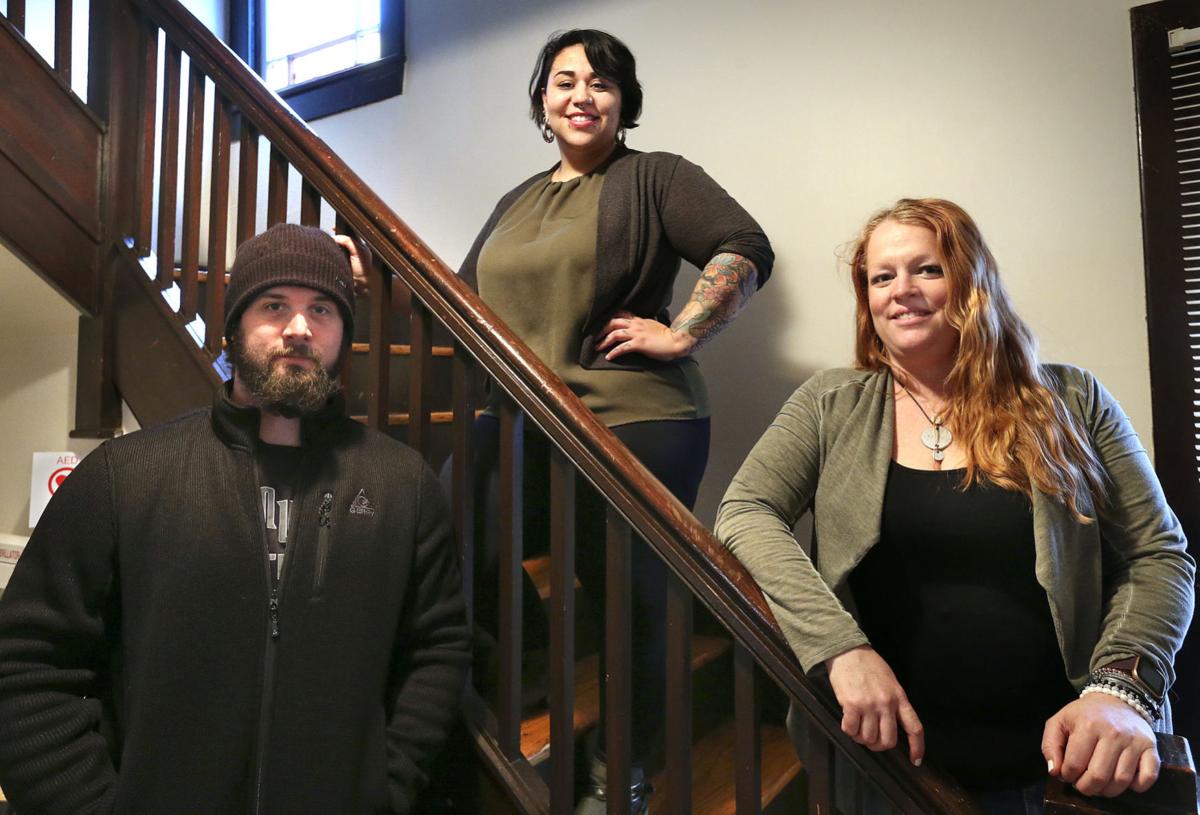 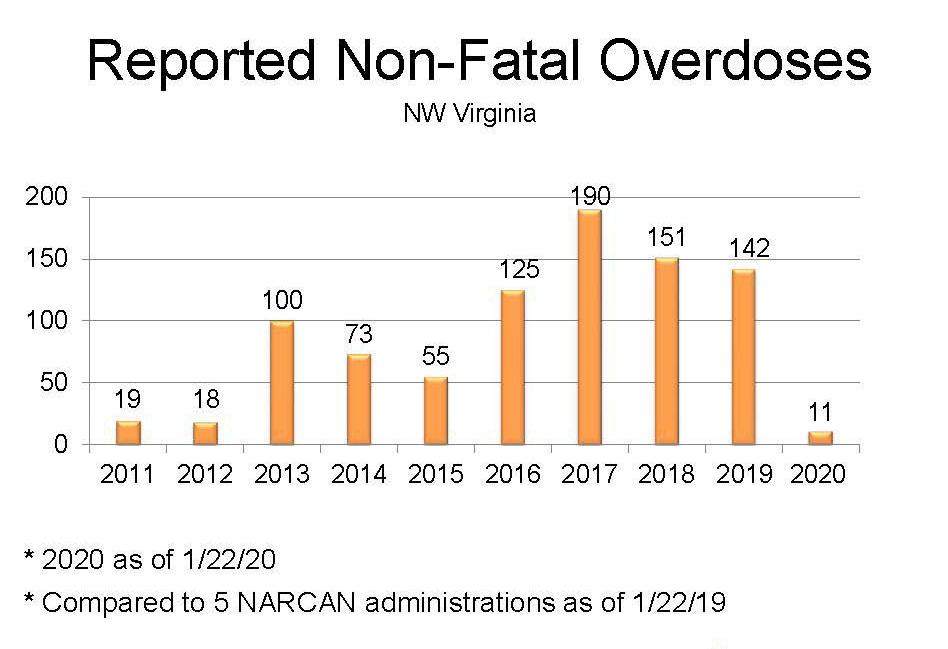 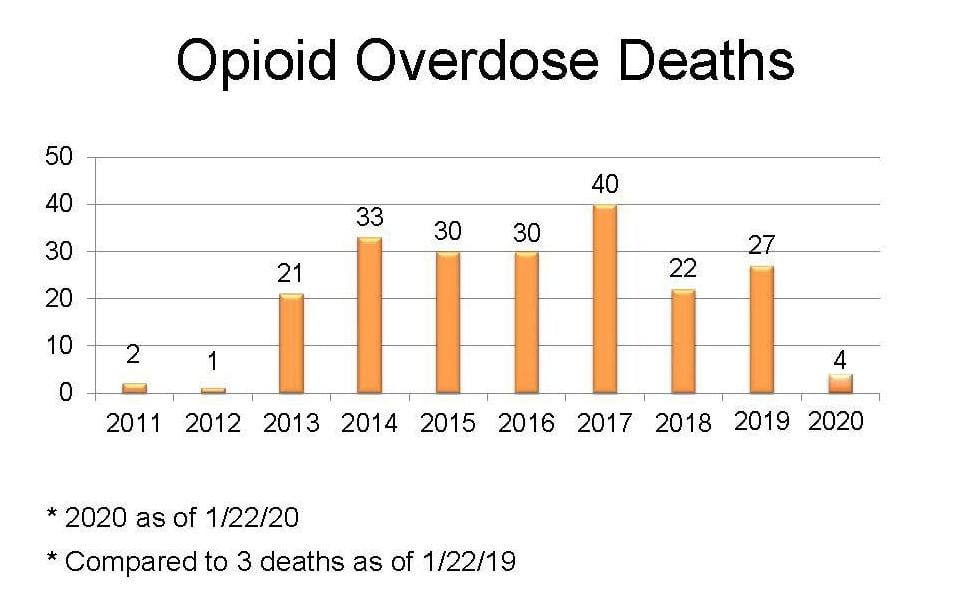 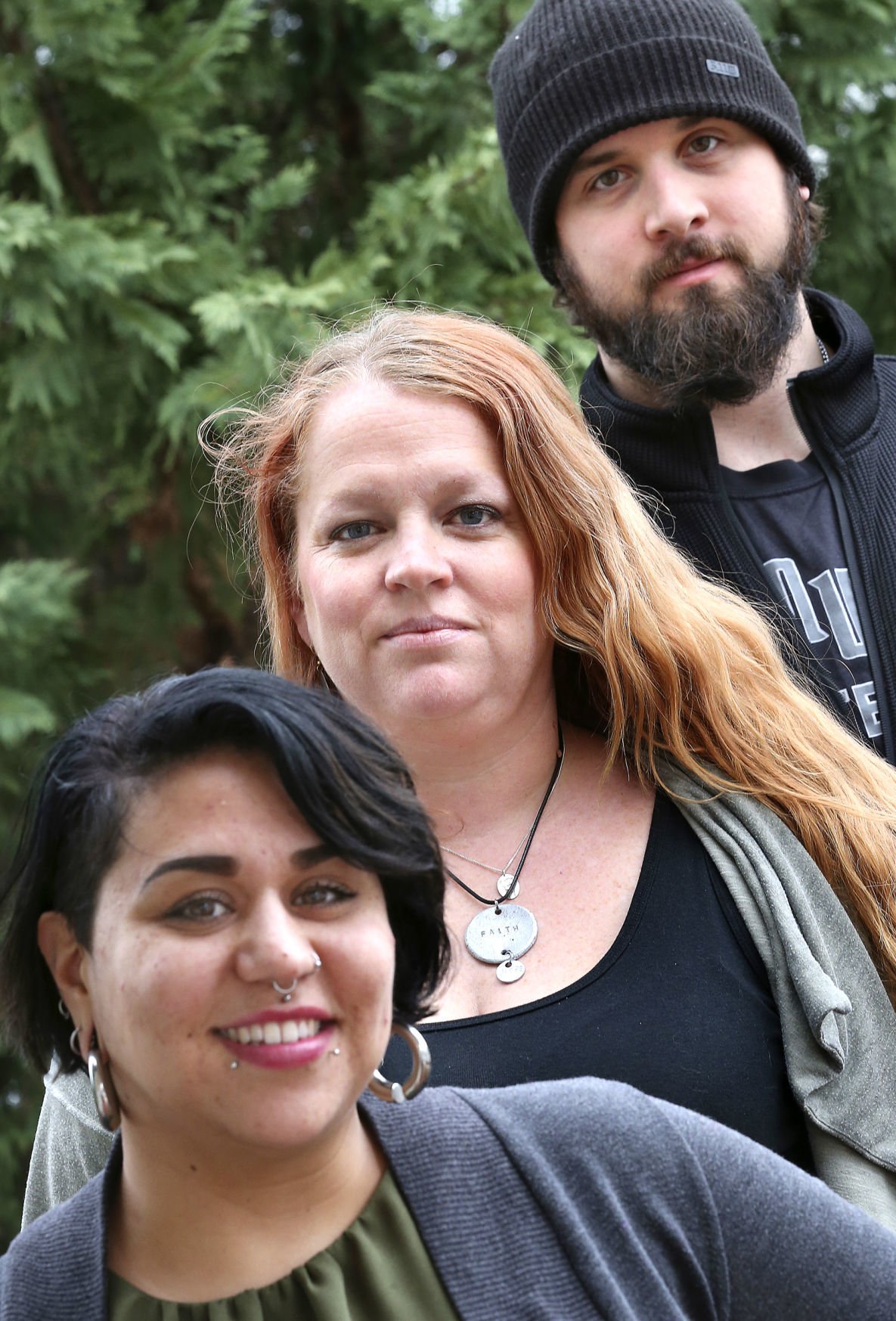 WINCHESTER — The newly formed Law Enforcement Overdose Intervention Program is trying to steer addicts into treatment rather than jail.

The program is run by Haley Brockway, a certified peer recovery specialist; Lauren McCauley, a case manager and therapist, and Detective Michael T. Upham, a Winchester police officer and member of the Northwest Virginia Regional Drug and Gang Task Force. They began working with addicts in October.

The program, which serves Clarke and Frederick counties and Winchester, is paid for through a three-year, $1 million grant awarded last year by the Aetna Foundation. The foundation is part of CVS, the pharmacy chain that is among the companies being sued by the city of Winchester, which accuses the company of contributing to the opioid epidemic. The lawsuit was filed on Wednesday.

The intervention program is part of the alternative-to-incarceration movement in response to the deadly epidemic. Since 2011, more than 200 people have fatally overdosed in Winchester as well as Clarke, Frederick, Page, Shenandoah and Warren counties. At least seven have died this year, according to Joshua T. Price, a State Police special agent and task force coordinator.

The program is only available to nonviolent, low-level offenders, and clients are never used as confidential informants by the task force. While designed to reach out to addicts who overdose, users who haven't overdose are eligible. The program has six clients, one in Clarke County, three in Frederick County and two in Winchester. Two are women and four are men.

Task force members respond to all overdoses, and since Oct. 25 they've been making referrals to the team. Brockway and McCauley meet with addicts to provide a basic needs assessment and peer support. It's usually within 48 hours of an overdose.

If addicts express interest, a follow-up appointment is done and individualized services and treatment are provided. Besides drug treatment, housing, dental and medical care and transportation, such as taxi vouchers for addicts who've lost their driver's licenses, are some of the services provided. If the client is showing progress, Upham has the option of not charging them with possession of drugs when laboratory blood tests or test results on drugs found at the scene of the overdose come back.

Upham said the aftermath of an overdose is often when addicts are most likely to consider treatment. Most clients have multiple pending charges or convictions so Upham said the the threat of arrest isn't enough incentive for them to to seek treatment if they aren't serious about sobriety. He said he dislikes arresting addicts, but sometimes jail is the only place where they'll stop using.

"We want people who want to be in the program," Upham told about 40 people in the recovery field during a Jan. 24 briefing on the program. "With the program growing and with the members we currently have, word will start to spread that it's worth it to give us a chance and to try and get in the program as an alternative to jail or probation."

Brockway, who has been sober since 2014, said she often speaks about her personal experience overcoming addiction. Brockway became addicted at 16, had multiple overdoses and relapses, and went through through three treatment programs. While addicted, she said she prostituted herself for drugs and lived in cars and cockroach-infested homes.

"I was broken, I was hurting and I was ready to die," she said about her low point before sobriety took hold. "People loved me through all the brokenness. Today, that's what I want to give back to people. To show that recovery's possible."

Brockway and McCauley say the program is designed to provide the structure that most addicts lack. This week they began eight hours of weekly group therapy sessions. The program is trying to integrate clients into the community. Efforts include serving lunch once per week at the Winchester Rescue Mission, art therapy at the Museum of the Shenandoah Valley and volunteering with the Shenandoah Valley Equine Rescue Network.

McCauley said she and Brockway are brainstorming with clients about activities they'd like to do. The idea is to show there is a life beyond addiction.

As part of accountability efforts, the team meets once a week to discuss how clients are doing and clients sign a compliance agreement. Because relapses frequently happen during treatment, they are not automatic grounds for termination. McCauley emphasizes the program is in its infancy and changes will be made as it progresses. She said she stresses to clients that participating to avoid being arrested doesn't work.

"You have to be in it because you want a different way of life," she said at the briefing. "And really begin to live, instead of just existing."

McCauley said this week that the team wants clients to know they understand that the road to recovery can often be like a roller coaster ride, particularly in the beginning stages. She said clients know the team will support them even if they relapse as long as they're serious about sobriety.

"We come at it from compassion and understanding, but at the same time, there has to be some firmness to it as well," she said. "We're really there for them, as much as we can be."

I am a mother to recovering addict! I thank God for everyday that he saved my son!! We struggle everyday with that demon!! Power of prayer is like no other!! Never give up!! Winchester/ Frederick County Va! I appreciate and applaud u all for finally understanding! If I can be at any help with speaking out to other parents!! I would love to help any way I can!! Again thank you from the bottom of my heart!! This is amazing program I so believe!! God Bless!

It's sad to see such ignorance still prevails by many even after 5 years. It's been proven time and time again, incarceration is not the answer. You naysayers, I hope you never lose a child to this, but until you do, ignorance is bliss.

I would give my same comments even if it was my child.

You say that now. Careful to pass judgement, it will only come vack to bite you. I know first hand

Problem is everyone is crying about being an addict..first off who forced you?? Who put the needle to your are with a gun to your head and say youre gonna do this or else!!!

And to these cops you want to publicize all this good you want to do yet condemn a dead homeless man for drinking who by the way was recklessly killed by an inept irresponsible truck driver who by the way im pretty sure was trained to do a pre trip inspection of his vehicle prior to departure or then again maybe not because people half ##@ everything these days.keep on making yourselves look good for the media..still nothing to me but a wolf in sheep's clothing and i can care less if the folks delete this post but you can't hide from the truth.

Take away narcan and the problem will take care of itself like in the Woodstock era.

Thing is nobody's forcing anyone to do drugs.have a drug problem all sorts of help and funding but have diabetes you have to fight argue and complain to the point youre ready to snap before you get help

WHen you dont punish then society has to SHARE yet ANOTHEr burden that OTHERS should be shouldering.

We are the others...face it..it's an epidemic. Educate yourself