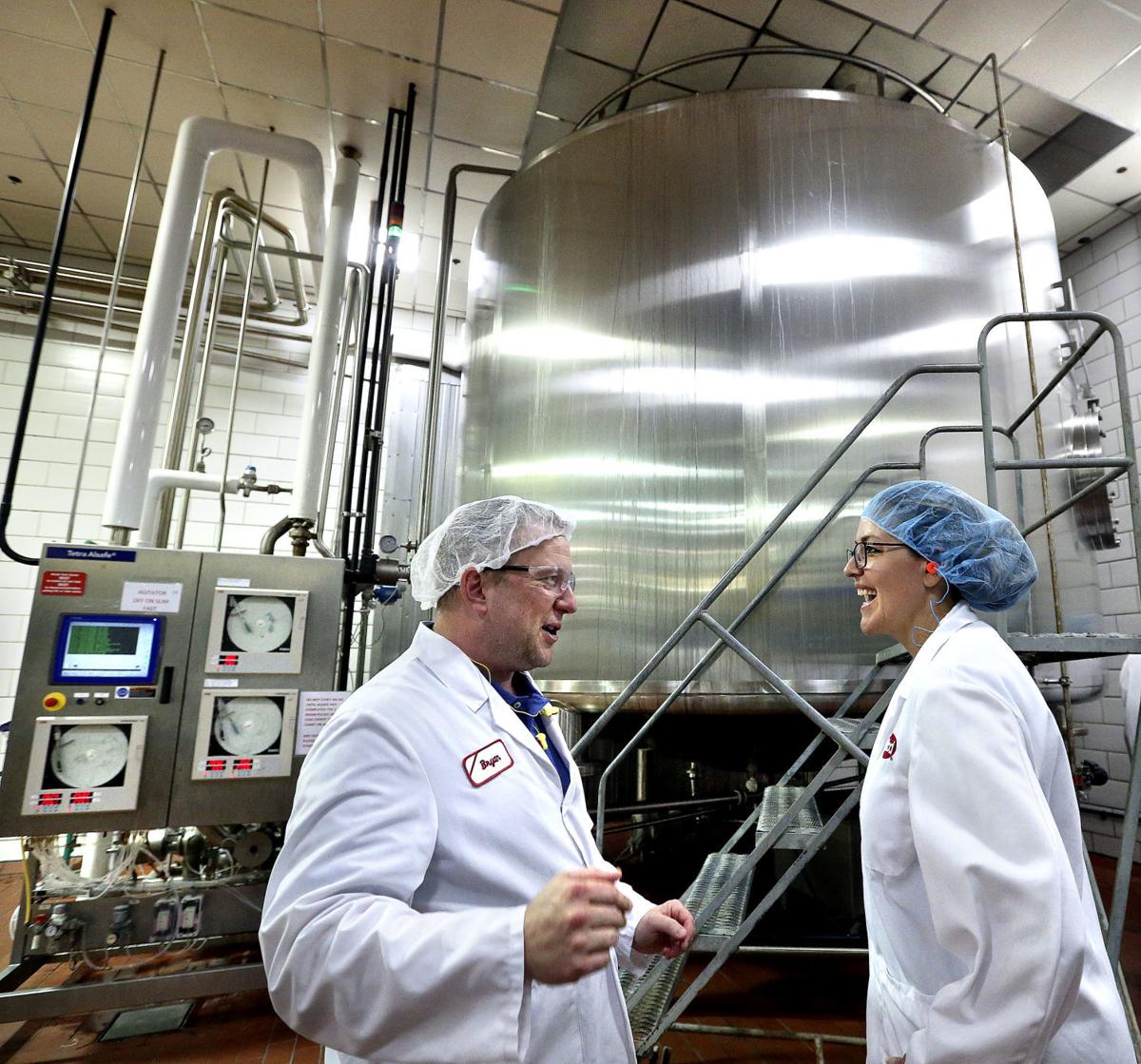 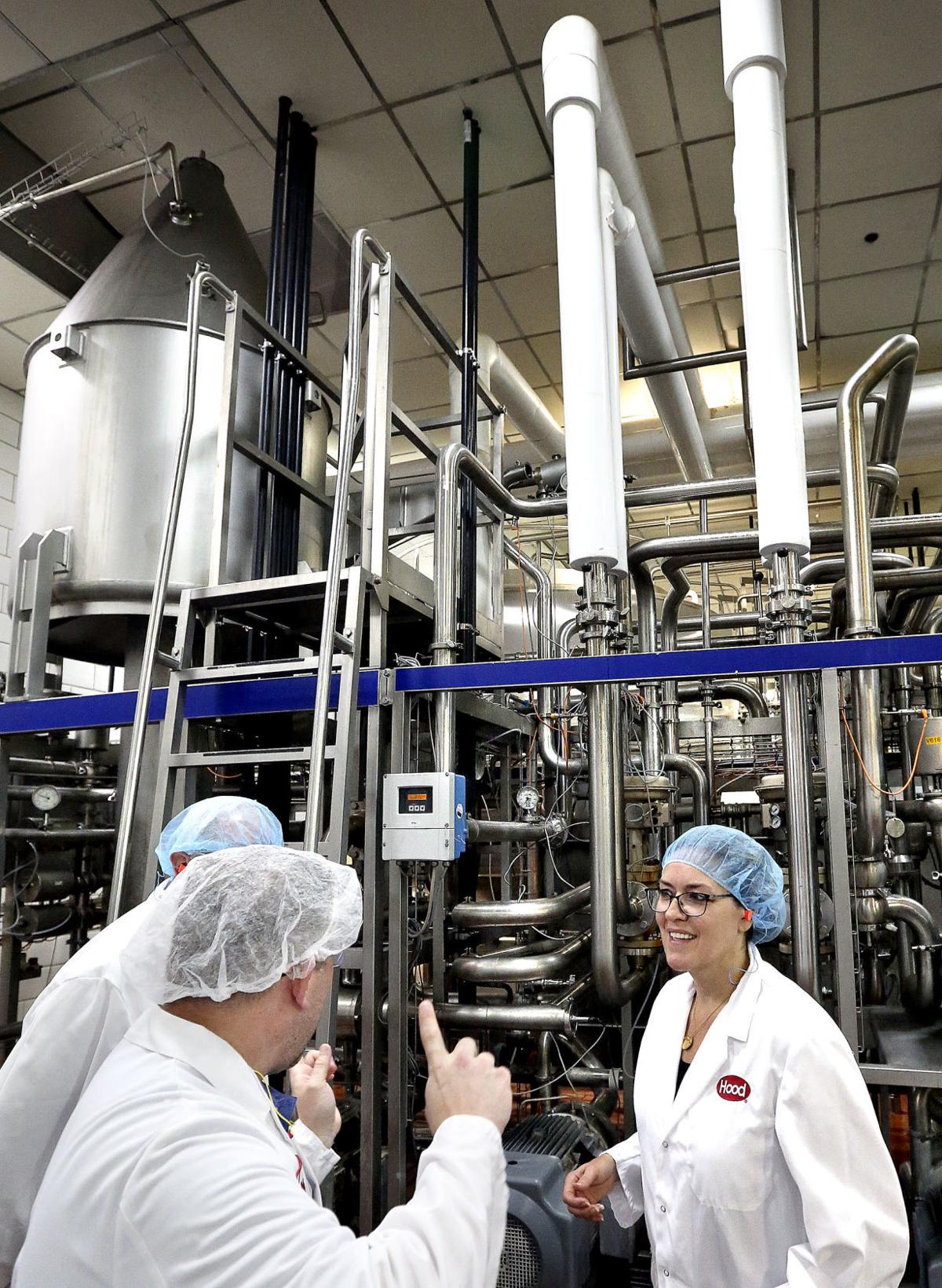 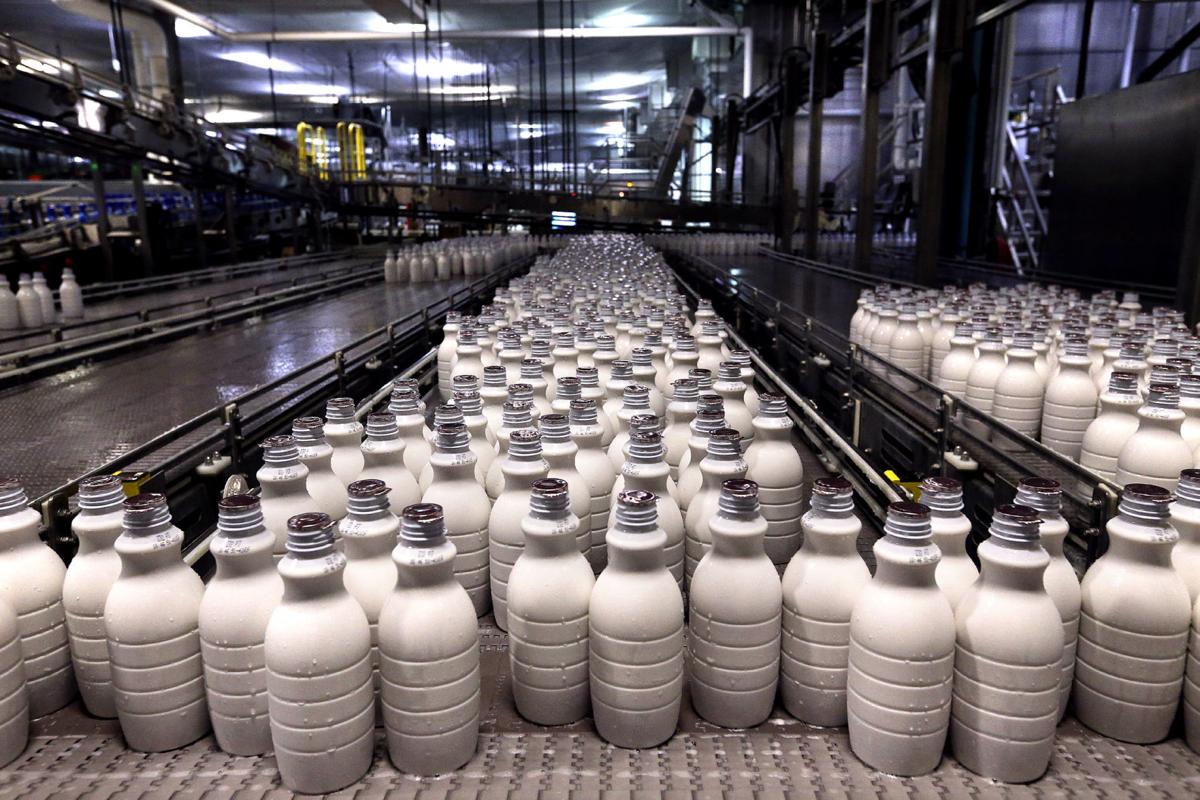 Editor's note: This story has been edited to clarify Wexton's position on the United States-Mexico-Canada Agreement.

Based in Lynnfield, Mass., HP Hood makes a variety of dairy products and is one of the largest employers in the area. Its 375,081-square-foot liquid milk processing plant along Valley Pike (U.S. 11), opened in 2000 and will manufacture and package some 160 million gallons of finished dairy products this year, plant manager Bryan Larrick said. In 2009, 80 million gallons were produced.

The plant, the largest of Hood’s 14 plants, makes Hood-brand milk, yogurt, ice cream and cheese products, as well as licensed products like Lactaid and SlimFast.

“It’s amazing,” Wexton said near the end of a lengthy tour of the plant. She also planned to visit NW Works and the U.S. Army Corps of Engineers on her trip to Winchester. “It really impressed me... the generations of workers, families that work here.”

Wexton said she supports efforts to finalize the United States-Mexico-Canada Agreement (USMCA), often referred to as “NAFTA 2.0.” USMCA would change little between U.S. and Mexican dairy interests but it would open up Canadian markets, which use protective tariffs to keep out U.S.-produced powdered skim milk and baby formula.

Wexton said she would vote for the trade agreement if certain "kinks" were worked out and it is brought to the House floor.

“Mexico is 25% of our exports,” Michael Dykes, president and CEO of the International Dairy Foods Association (IDFA), a Washington, D.C.-based advocacy group, said during Tuesday’s tour. “[But there’s] longstanding disagreement between the U.S. and Canada over dairy.”

The new trade agreement has been signed by executive officials in all three countries, but it must also be enacted in each. As of Tuesday, only Mexico had ratified it. In the U.S. it remains to be seen if the agreement will be ratified by the Democratic-controlled House, which has yet to take up the matter. Some Republican senators have also expressed reservations.

Dykes said exports are going to become more important to American dairy as production ramps up as American farms become more efficient. Today, about 15% of U.S. milk products are exported, but that number will need to surpass 20% by 2030. Good trade policy is going to be needed to help U.S. producers access market in east Asia, which is where the bulk of the world’s growth is, he said.

Matt Herrick, IDFA vice president, said getting flavored milk and 2% milk back into schools is also a priority of the dairy industry. Previous federal regulations, aimed at reducing rates of childhood obesity, limited the milk available in schools and the Special Supplemental Nutrition Program for Women, Infants, and Children (WIC) to non-flavored and skim milk products, although recent repeal efforts has re-introduced 1% milk and some flavored milks.

Some critics, including the Union of Concerned Scientists, say the repeal is meant to help out food processors, not schoolchildren.

Wexton said she would have “no problem” with 2% milk and flavored milk being served in schools. “I think the most important thing... is that kids drink [milk],” she said.

Dykes said Hood is one of the largest of IDFA’s 525 members. The IDFA represents companies that produce more than 90 percent of the milk processed in America. Another member is the Maryland & Virginia Milk Producers Cooperative, which supplies milk to the Hood plant. He said he doesn’t know “anyone who is opposed to USMCA.”

The Hood plant employs about 600 employees who earn between $16 and $30-plus an hour. Officials at the plant on Tuesday said the industry is fairly recession-proof, and that the plant continued to grow through the 2007-2009 economic downturn.

Turnover at the plant is low, Larrick said. The company invests in training and offers hourly employees the same benefits as salaried workers. Workers are not bused in from West Virginia and western Maryland. “We invest a lot in our employees,” he said.

Larrick said the most difficult jobs to fill at the plant are technological jobs that require operating and troubleshooting the plant’s computer systems.