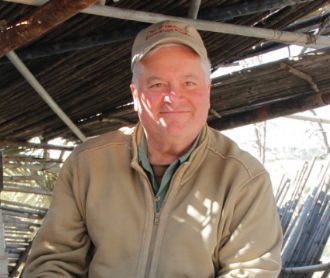 Author Mark Sweberg, of Linden, has written “Once Holy Mountain,” a look at the biblical Mount Sinai. 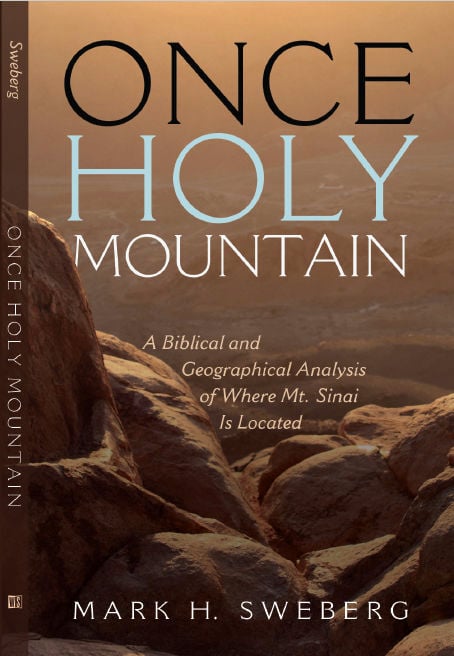 The cover of “Once Holy Mountain.”

Author Mark Sweberg, of Linden, has written “Once Holy Mountain,” a look at the biblical Mount Sinai.

The cover of “Once Holy Mountain.”

WINCHESTER — One of the most sacred sites in the Bible is Mount Sinai, the spot where Moses received the Ten Commandments from God.

But the exact location of the Mount Sinai isn’t rock solid. Although many scholars agree the mountain is within Egypt’s Sinai Peninsula, they don’t agree on where the mountain is located within those 23,000 square miles.

Mark Sweberg, a retired Army officer living in Warren County, thinks he has the answer. For his new book “Once Holy Mountain,” Sweberg used what he believes is the ultimate authority to determine the location of Mount Sinai — the Bible itself.

Sweberg will sign copies of “Once Holy Mountain,” from 11 a.m. to 1 p.m. Saturday at Winchester Book Gallery, 7 N. Loudoun St.

Sweberg began his research with the belief that the historical accuracy and authority of the Bible are without question. This strategy of relying on the Bible, he said, is a logical one since the Bible is the only place Mount Sinai is mentioned.

Most researchers of Mount Sinai, Sweberg said, do not offer evidence from the Bible to support their conclusions or only mention the Bible in passing.

Sweberg spent considerable time in the Sinai Peninsula while he was in the military and then as a civilian observer with a military peacekeeping mission after he retired from the Army.

“I took a look at all the evidence — kind of like Sherlock Holmes,” he said. “And I really felt that there was enough in the Bible.”

In the 4th century, Empress Helena, mother of Roman Emperor Constantine the Great, declared a mountain near the city of Saint Catherine in the southern part of the Sinai Peninsula to be the biblical Mount Sinai, Sweberg said.

The site attracts scholars, the religious faithful and history lovers.

But that spot has never made sense to Sweberg.

Reading the Bible, Sweberg said, it’s clear that Moses left Mount Sinai to speak on several occasions to Pharaoh. “This told me very clearly that Mount Sinai could not be very far from Egypt,” Sweberg said.

Sweberg also considered how fast the Israelistes could travel when they fled Egypt. Some historians conclude that the group — made up of thousands of people, young and old, traveling with hundreds of animals — could go as far as 20 to 40 miles per day, even though the Army infantry isn’t expected to cover more than 15 miles a day, Sweberg said. One historian even calculated the group could travel as many as 200 miles in a day.

“Some of it was pretty ridiculous,” Sweberg said of prior research.

Sweberg considered other clues from his reading of the Bible. The mountain would need to have water on it and at least one cave.

Based on his research and his travels, Sweberg believes Mount Sinai is actually located at Jebel Bishr, immediately west of the Euphrates River and about 150 kilometers north of the site that has historically been called Mount Sinai.

“If it isn’t Mount Sinai, then it is with two or three kilometers,” said Sweberg, adding that, “I stand by it because the facts back it.”

Sweberg became interested in biblical studies while serving in the Army after he was tapped to be a lay leader on an Arizona base too small to employ a full-time rabbi. “I got a rather intense education in biblical scholarship,” he said.

His interest only grew after he was sent to Middle East and had the opportunity to tour many of the places mentioned in the Bible. The text for “Once Holy Mountain” started out as a doctoral dissertation. Sweberg eventually abandoned the doctoral program but still felt he had material that would interest a wider audience. He changed his writing style to be more accessible for the general public.

“A dissertation is a perfect solution to sleeplessness,” he said. “I made it more readable ... I wrote it the way I talk.”

He still wanted his research to be taken seriously, though, which is why he decided not to self-publish. “Once Holy Mountain” was recently released by Wipf and Stock, a company out of Eugene, Oregon, that specializes in publishing works about theology, biblical studies and church history.

Sweberg can now be part of the ongoing debate and is proud to add his research on Mount Sinai to biblical scholarship.

“I took all the facts,” he said, “put them all together and pinpointed the mountain.”

Myths can exist wherever you want them to be. That's how myths work.

"the belief that the historical accuracy and authority of the Bible are without question." Thus making any of his conclusions dismissible. Garbage in.... garbage out.