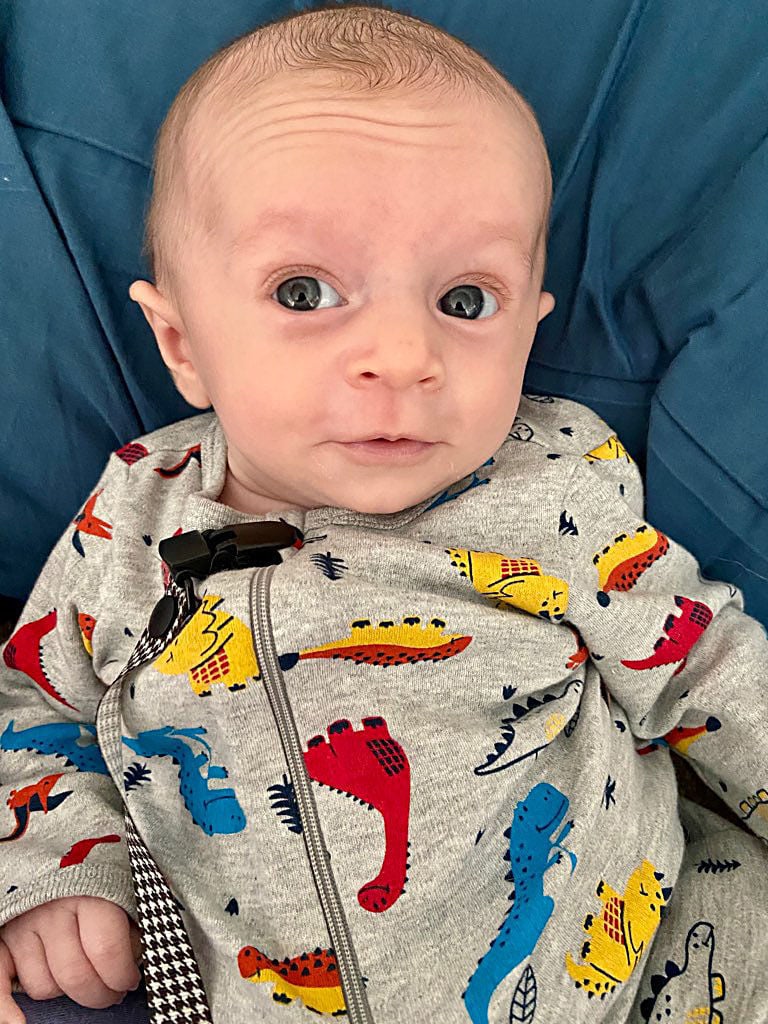 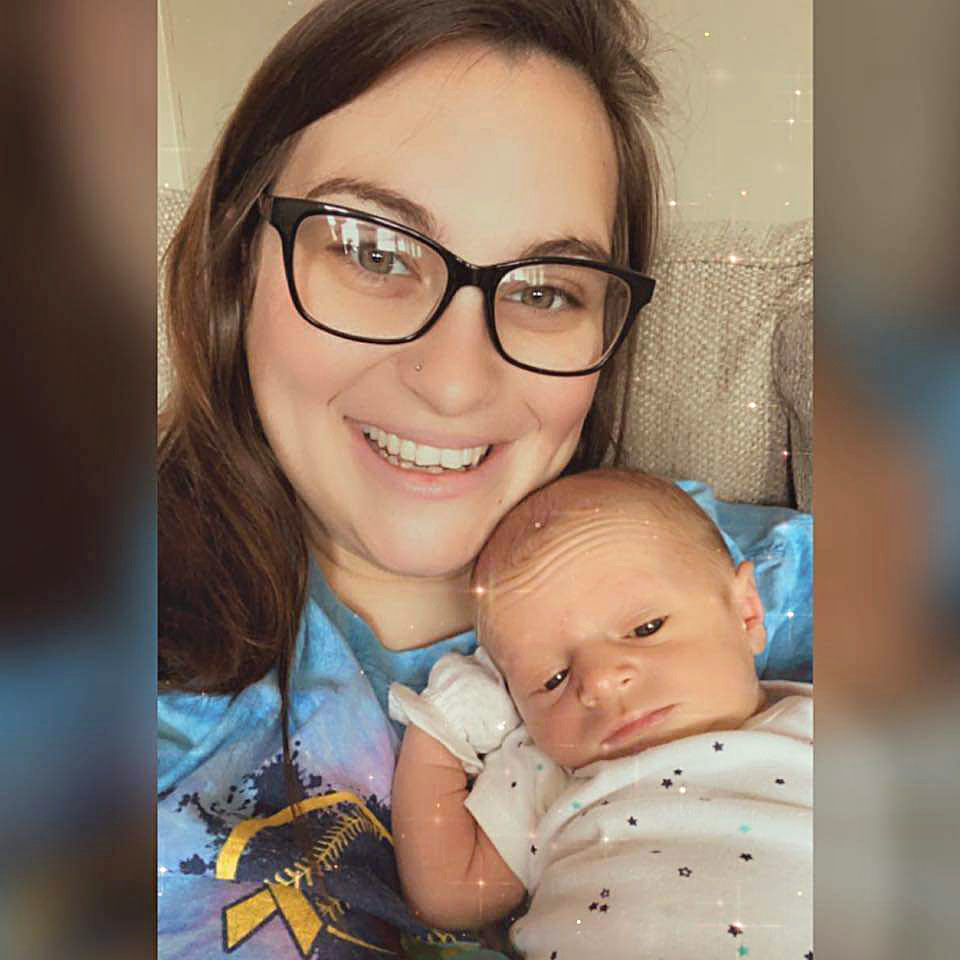 Tiffany Green is pictured with her son Parker Cameron, who’s almost 3 months old. He will undergo a bone marrow transplant on Tuesday.

Tiffany Green is pictured with her son Parker Cameron, who’s almost 3 months old. He will undergo a bone marrow transplant on Tuesday.

Parker Cameron was born on April 5 during a pandemic, which his grandmother said was sadly fortuitous.

Social distancing measures have helped keep him from getting sick, said Patty Green, of Strasburg, even if the threat of illness during the COVID-19 pandemic is greater.

Parker, who’s almost 3 months old, was diagnosed on April 13 with severe combined immunodeficiency (SCID) — a rare disorder that makes him susceptible to illness.

Even without the pandemic, his mother Tiffany would have had to stay home from work and keep her daughters, Nataleigh, 12, and Averi, 5, out of school and other activities to prevent him from getting sick.

“The coronavirus quarantine kind of worked well for her,” said Patty Green.

But quarantining hasn’t made the process any less scary, said Tiffany Green, 27.

“This is the worst time to have no immune system,” she said in a Friday phone call.

Parker, who was born without any lymphocyte white blood cells, called T-cells, had four days of chemotherapy at Children’s National Hospital in Washington, D.C., while preparing for a bone marrow transplant planned for Tuesday.

His mother is staying at the hospital until the end of July when she hopes he’ll be released. Then she and Parker can stay at a hotel near the hospital for about 100 days to make sure he stays healthy. Normally, they would stay at the Ronald McDonald House, which lodges families of hospital patients, she said, but it’s closed for renovations.

She anticipates the worst part of the process being the next few days as Parker experiences side effects from the chemo.

“He’s on about 10 different medications right now,” she said.

“Mostly he’ll lose his hair,” she said. But he might also get mucositis, creating sores in his mouth, throat and stomach.

He has a tube that feeds him, she said, and a central line through which doctors can administer his infusions, chemo treatments, pain medication and the bone marrow donation.

“It’s been rough,” she said. Being at the hospital during COVID-19 means being there alone, her son in isolation.

Parker’s condition affects about one out of 58,000 babies and is most common in boys, she explained.

“[SCID] is a group of rare disorders caused by mutations in different genes involved in the development and function of infection-fighting immune cells,” the National Institutes of Health says at its website, niaid.nih.gov/diseases-conditions/severe-combined-immunodeficiency-scid.

“Infants with SCID appear healthy at birth but are highly susceptible to severe infections,” it says. “The condition is fatal, usually within the first year or two of life, unless infants receive immune-restoring treatments, such as transplants of blood-forming stem cells, gene therapy, or enzyme therapy.”

Doctors screen newborns for the condition said his mother, who gave birth at Winchester Medical Center. Since they caught it early, and she immediately followed up with treatment, she said Parker’s chances of recovery and survival are good.

“If you catch it early, there’s a 94% [chance] that everything will go very smoothly,” she said.

The more infection a child with SCID experiences, the worse their chances, she said. “So it’s really good that he hasn’t gotten sick before this.”

Parker also found a donor who was a perfect match, his mother said.

The hospital tested his sisters, but it turned out a 32-year-old man from Europe was a 10/10 match.

If all goes well, Parker should be home around the first of the year, his grandmother said.

After that, she said, her grandson will return to Children’s National once a month and finally once a year.

“It’s really scary,” she said. “He can’t have any vaccinations at all until he’s 2 years old.”

It’s also been tough on the family, said Patty Green, who’s been caring for her granddaughters.

Tiffany Green, who works for the Bank of Clarke County in Stephens City, left her job to take care of Parker. Though she plans to return after he’s better, the family expects financial troubles with medical payments and other bills.

The family has set up a GoFundMe crowdsourcing page at gofundme.com/f/parker-james-cameron to raise money for Parker’s medical expenses. A page giving updates about Parker’s journey is on Facebook, called Parker James “PJ” Strong.

Despite his struggles and the long journey ahead, Patty Green said Parker has until now seemed like a typical happy baby.

“He takes it all in stride, the poor little thing,” she said. “He just looks healthy, like nothing’s wrong with him.”

He is so precious. I will say a prayer for him every night.

Parker, you are absolutely adorable! You are going to rock this! Sending love, hugs and prayers baby boy!!

Our Prayers to Parker and his family. Please keep us updated with is progress. God Bless!!!

That baby’s facial expression is too cute.

Agreed, such an adorable looking baby!! I hope everything goes okay for the little guy! We're pulling for you, Parker!!