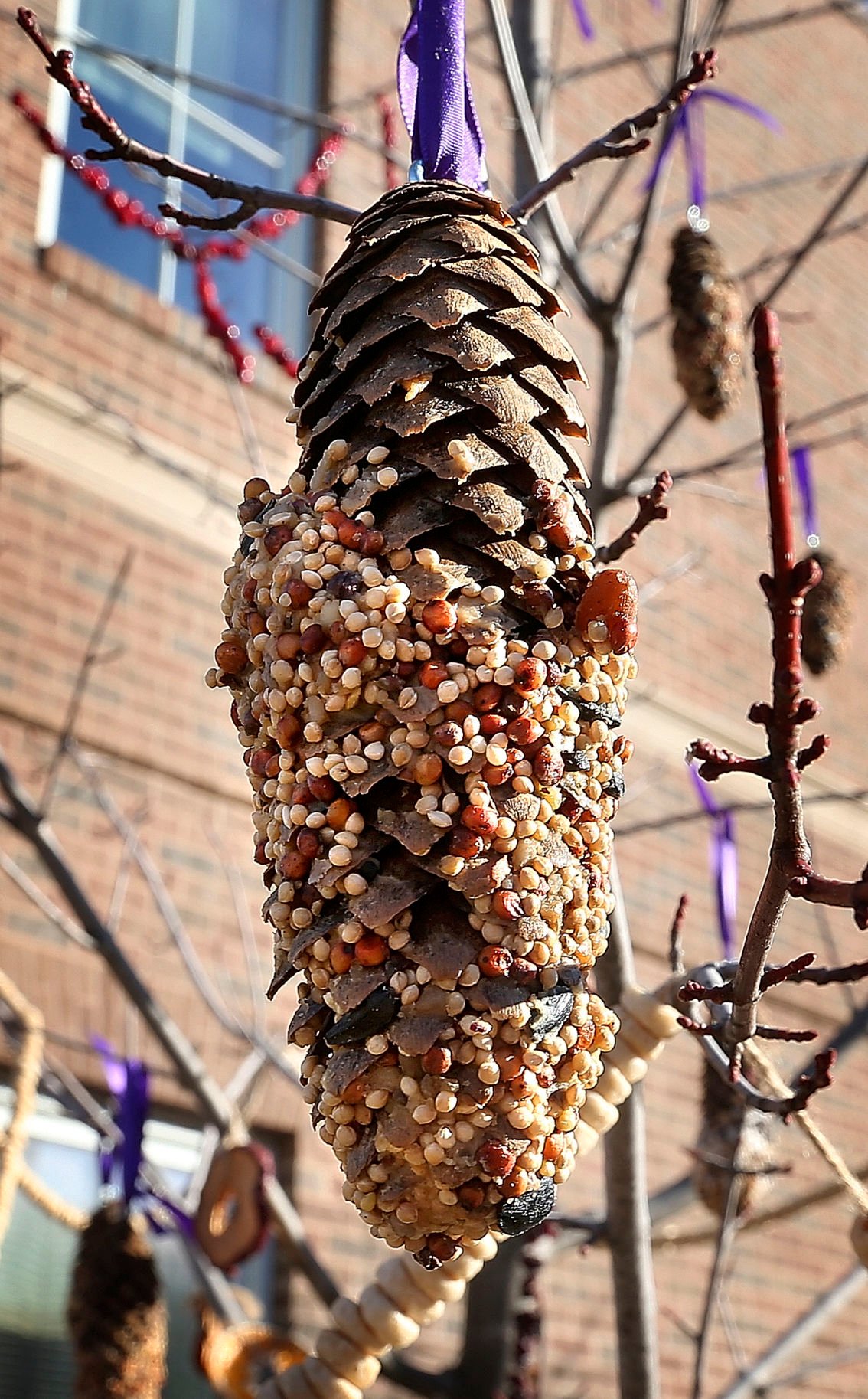 A pine cone has been turned into a bird feeder after being coated in peanut butter and topped with bird seed by children staying at The Laurel Center in Winchester. 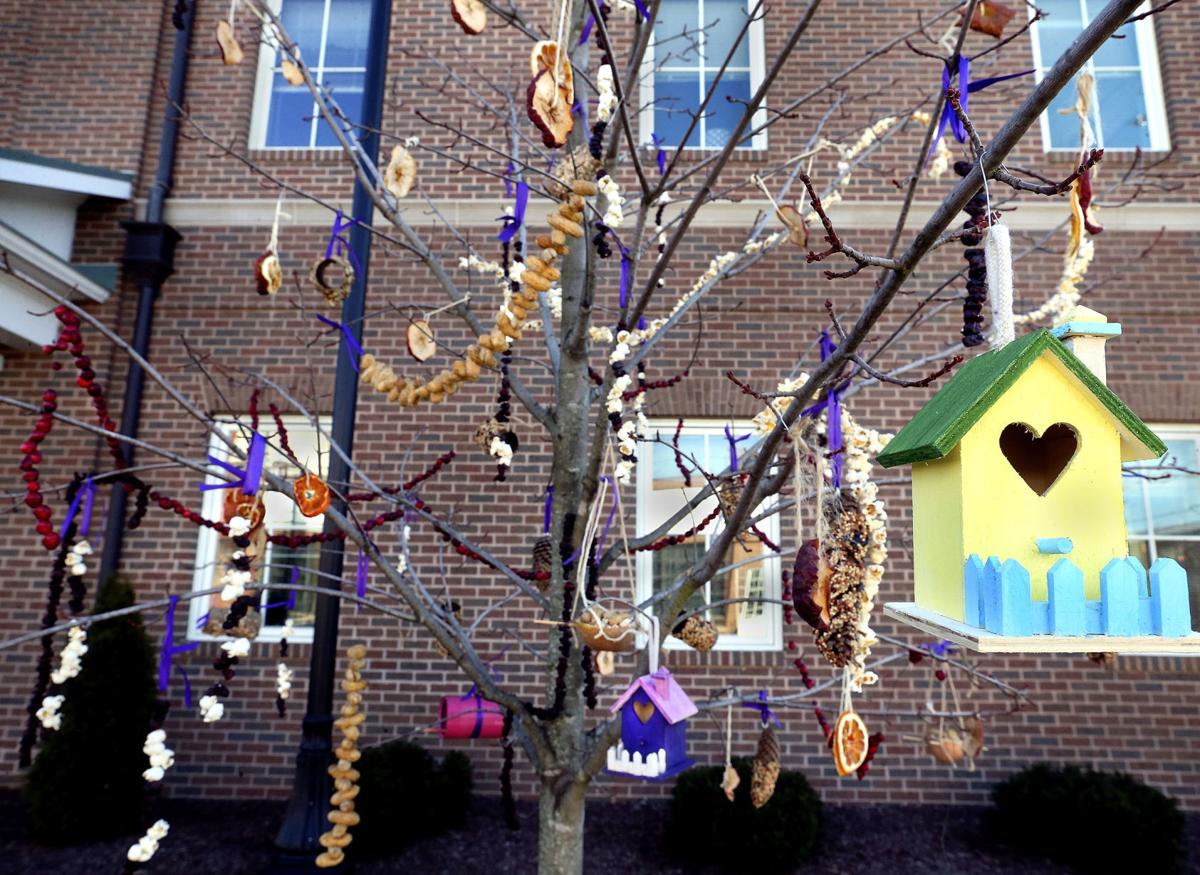 A tree at The Laurel Center in Winchester has been adorned with bird treats and bird houses courtesy of the children staying at the facility.

A pine cone has been turned into a bird feeder after being coated in peanut butter and topped with bird seed by children staying at The Laurel Center in Winchester.

A tree at The Laurel Center in Winchester has been adorned with bird treats and bird houses courtesy of the children staying at the facility.

WINCHESTER — Children who stay at The Laurel Center have witnessed or fallen prey to physical and sexual abuse, cruelties they did not deserve and struggle to understand.

Last week, a half-dozen of the emergency shelter’s youngest residents eagerly put their troubles aside to help care for some equally innocent creatures.

Peggy Paige, child support aide at The Laurel Center, suggested the kids engage in a project to feed the birds that perch in the five trees outside of the local facility.

“We came up with different ways to do bird feeders, like pine cones [with peanut butter and birdseed] and birdhouses,” Paige said on Tuesday. “We also did cranberries and popcorn on a string, and made bird feeders out of empty toilet paper rolls.”

The children who participated in the project were temporarily residing at the shelter with their mothers, who Paige said joined their children to help with the project.

Once the feeders were finished, the children braved the cold to hang them in the trees. Faith Power, executive director of The Laurel Center, said it was heartwarming to watch Paige and the children set out the smorgasbord for the birds.

“Those kids had the broadest smiles on their faces,” Power said. “It’s so challenging for kids to be in shelters — they’ve left a lot of their toys and personal items behind. To see them out there with Miss Peggy and the big smiles on their faces, I thought, ‘This is what we need to be doing, giving them something that they can work on and enjoy to take their minds off the fact they’ve left everything behind.’”

The Laurel Center was founded in 1981 to provide free emergency shelter and support services to victims of domestic and sexual violence in the Northern Shenandoah Valley.

Creating the bird feeders, Power said, allowed the children at the shelter last week to take their minds off of their personal traumas while providing food for hungry birds during the lean days of winter.

“They just cling to Miss Peggy because she is so nurturing and loving,” Patterson said. “She’s a blessing to everybody in the world, including the birds.”

“She is love personified,” Power said.

For more information about The Laurel Center, visit thelaurelcenter.org. If you or your child are a victim of domestic or sexual violence, call 911 or the center’s emergency hotline 24 hours a day at 540-667-6466.

What a wonderful idea! Nice to see another heart warming story, thank you for all you are doing to help these children. We need more of these positive stories especially in these days and times

I agree, this is a really great idea.