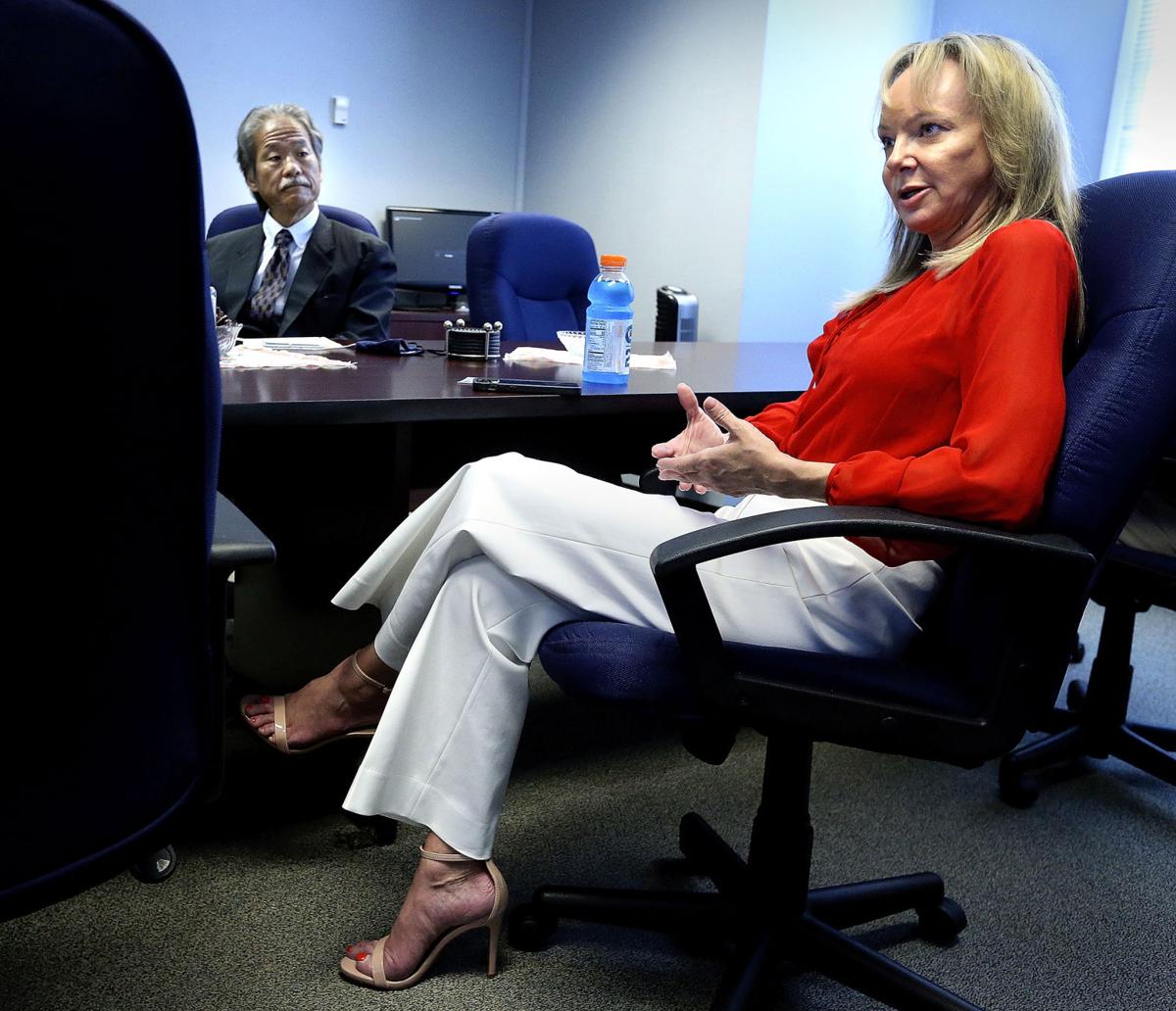 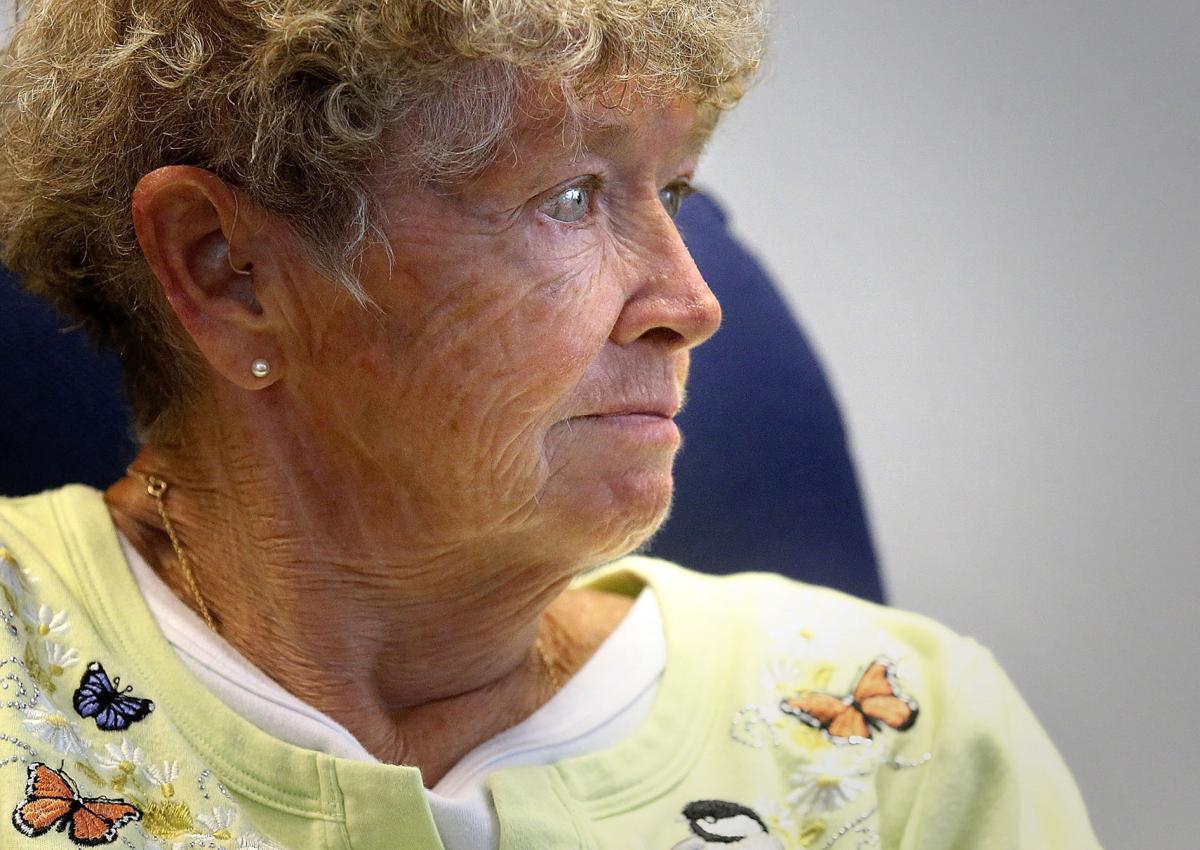 An update has been made to this article.

WINCHESTER — End-of-life hospice care originated in Europe, but it was the spirit of South Dakota’s Native American Lakota tribe that breathed life into Blue Ridge Hospice of Winchester.

As the nonprofit based at 333 W. Cork St. gears up to celebrate its 40th anniversary this year, the organization’s founder, Helen Zebarth, took time on Thursday to reflect on its origins.

Zebarth said she grew up on a farm in South Dakota and learned that death is just another part of life. Whether it was livestock or a beloved family member, everyone eventually died and, at the end of it all, the only thing that really mattered was the quality of the life that was led before its ultimate and inevitable end.

In South Dakota, Zebarth said, families cared for their dying loved ones at home. There were no nursing homes and, even if there were, they probably wouldn’t have been used as a place to send people in their final days.

As an adult, Zebarth worked as a nurse on the third floor of Winchester Memorial Hospital, the precursor to Winchester Medical Center, which was located in the same building now occupied by Blue Ridge Hospice.

“I hated the way our [end-of-life] patients were being cared for,” she said. “They woke up, we gave them more heavy medication and they went back to sleep. They had no quality of life.”

Zebarth’s husband, Roger, was in the military and got sent to Germany. While in Europe, Helen Zebarth took a trip to England that ended up giving her life a new purpose.

“I saw the word ‘hospice’ and asked my British friends, ‘What’s hospice?’ They took me out to the very first hospice,” Zebarth said, referring to St. Christopher’s, established in 1967 by London physician Cicely Saunders. “I was blown away.”

When Zebarth returned to the United States in the late 1970s, she got in touch with George Caley, the CEO at Winchester Memorial Hospital, and told him they needed to start a local hospice. By then, hospices had expanded into Canada and the northeastern United States. One was being formed in Northern Virginia but was still in its infancy.

Zebarth called her new nonprofit Blue Ridge Hospice. In a nod to her South Dakota roots, she integrated a butterfly into the organization’s marketing materials because the Lakota tribe has a legend that says a person is never closer to God than they are when a butterfly lands on his or her shoulder.

There were only three employees back then and none of them worked weekends. So Zebarth took it upon herself to visit clients in their homes on Saturdays and Sundays “to see if they were OK, if they had their meds, whatever.”

Blue Ridge Hospice now aids about 2,000 patients annually. Most of them spend their final days at home, but for clients who don’t live with someone who can serve as a primary caregiver, the organization has eight in-patient beds at its Cork Street facility.

“Most of our patients want to die at home, and we want to accommodate them,” said Cheryl Hamilton Fried, who took over as the nonprofit’s president and CEO on Jan. 1.

Hospice does much more than sit at a patient’s bedside and administer medication. Board member Lynn Sayles said the goal is ensuring a person is as happy and comfortable as possible until the very end, so medical services are coupled with things like chaplain services, pet therapy and music therapy. Also, family members can receive free bereavement counseling even if their loved one wasn’t a hospice patient.

“Those are the kinds of services that for-profit hospices don’t provide,” Sayles said.

Board member Leonard Yang said Blue Ridge Hospice’s music therapy is a result of the nonprofit having the good fortune of being in the same city as Shenandoah University, a school renowned for its music programs.

“Other hospices don’t have that,” Yang said.

Fried oversees a staff of 265 employees and about 160 active volunteers, as well as eight Blue Ridge Hospice thrift stores that raise money for the organization by selling donated items.

Zebarth and Caley still serve as board members, providing guidance alongside Sayles, Lang and eight other community leaders.

As the nonprofit looks ahead to the next 40 years, Fried said Blue Ridge Hospice plans to expand its offerings by providing services to people who are chronically ill but not necessarily at the end of their lives.

“Many times, there aren’t services for certified home care or home health, and they don’t qualify for hospice care, so we’re looking at programs for that community,” she said.

Some possible initiatives include palliative care, which aims to improve the quality of life for people with serious illnesses; a Program of All-Inclusive Care for the Elderly (PACE); an expansion of Blue Ridge Hospice’s in-patient services; and expanded partnerships with other nonprofits that serve the Northern Shenandoah Valley.

As always, services will be provided to anyone who qualifies regardless of insurance coverage or their ability to pay.

“We’ll provide a bed, we’ll provide the medications — all the things that you need,” Zebarth said.

As Blue Ridge Hospice continues evolving, its 40-year-old philosophy that a person shouldn’t stop living just because they’re dying remains the same. It’s even reflected in the organization’s brand-new mission statement: “Brightening life’s journey with quality and compassionate care for all whom we are privileged to serve.”

“It’s been an honor to come into an organization that’s 40 years old and look forward to opportunities to provide more support to the community,” Fried said. “It’s a solid, quality hospice organization.”

On Feb. 14, 1981, Blue Ridge Hospice accepted its first patient. By the end of the year, it had cared for 30 people. The nonprofit group now aids about 2,000 patients annually.

We have had the services and excellent care of Blue Ridge Hospice on several occasions in our family. We are so blessed to have this organization in our area. They deserve all the support it is possible to give.

This is such an invaluable resource for our community. Blue Ridge Hospice has so many grateful families throughout the valley and beyond. Thank you to everyone who makes their work possible.