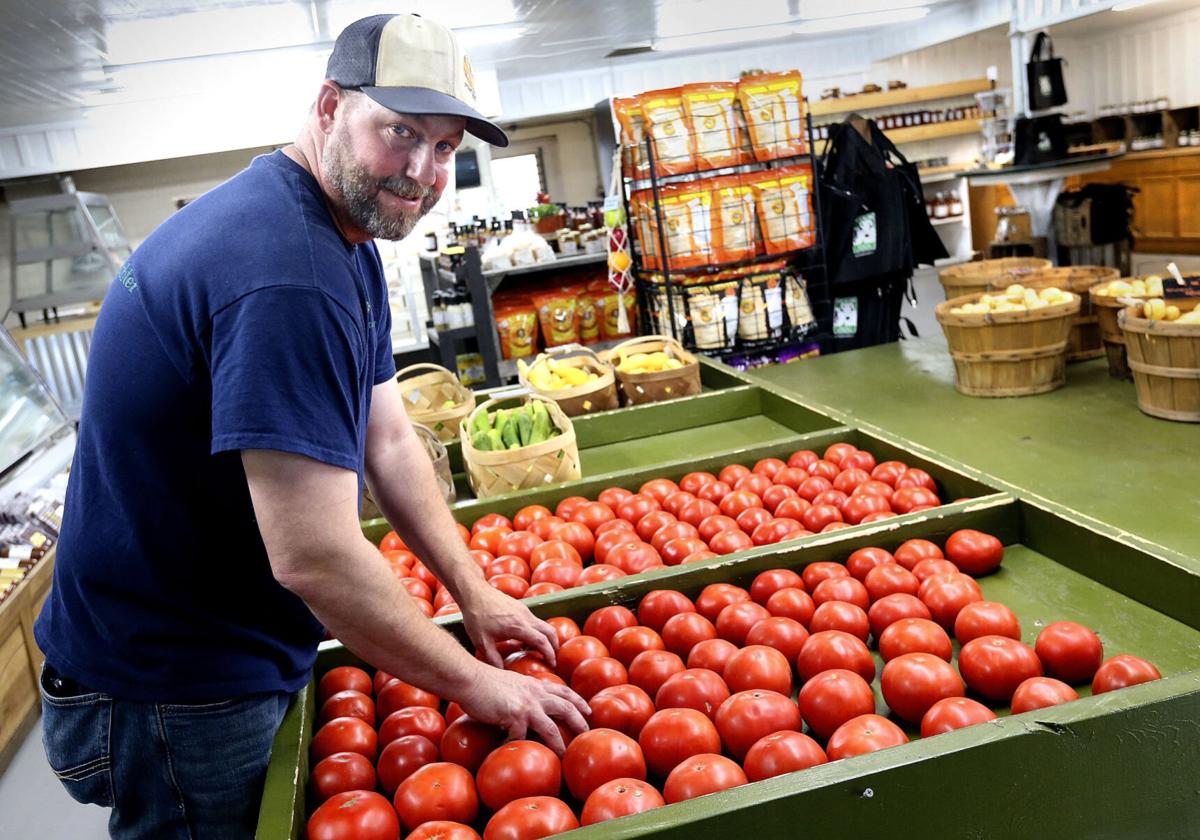 Scott Donnelly is the owner of The Farmer’s Daughter at U.S. 50 East and U.S. 340 in Boyce. He is shown with the vine-ripened tomatoes in his store Thursday. 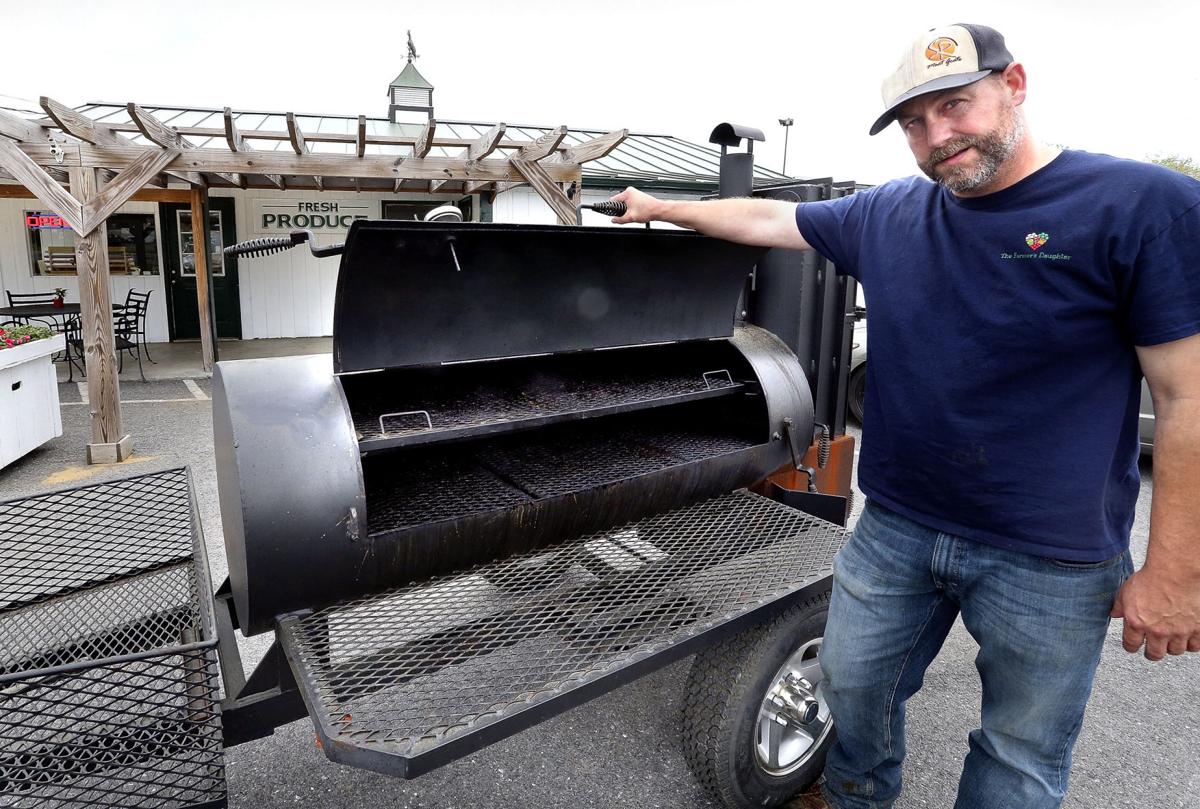 Farmer’s Daughter owner Scott Donnelly will be smoking chicken and ribs each weekend at his market at U.S. 50 East and U.S. 340 in Boyce. 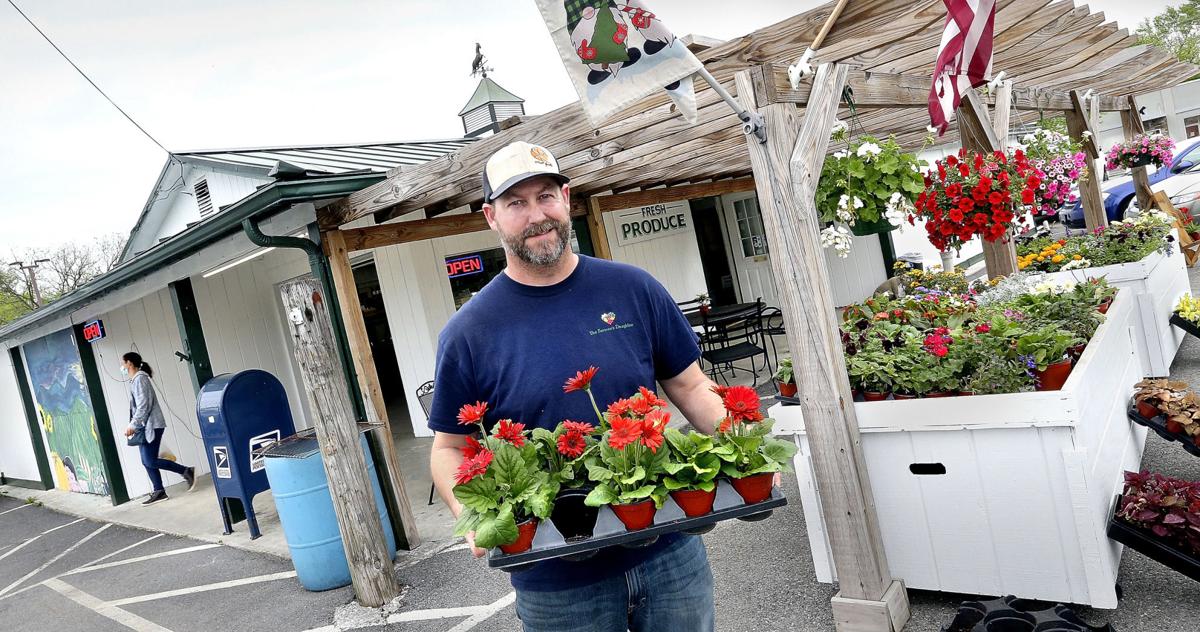 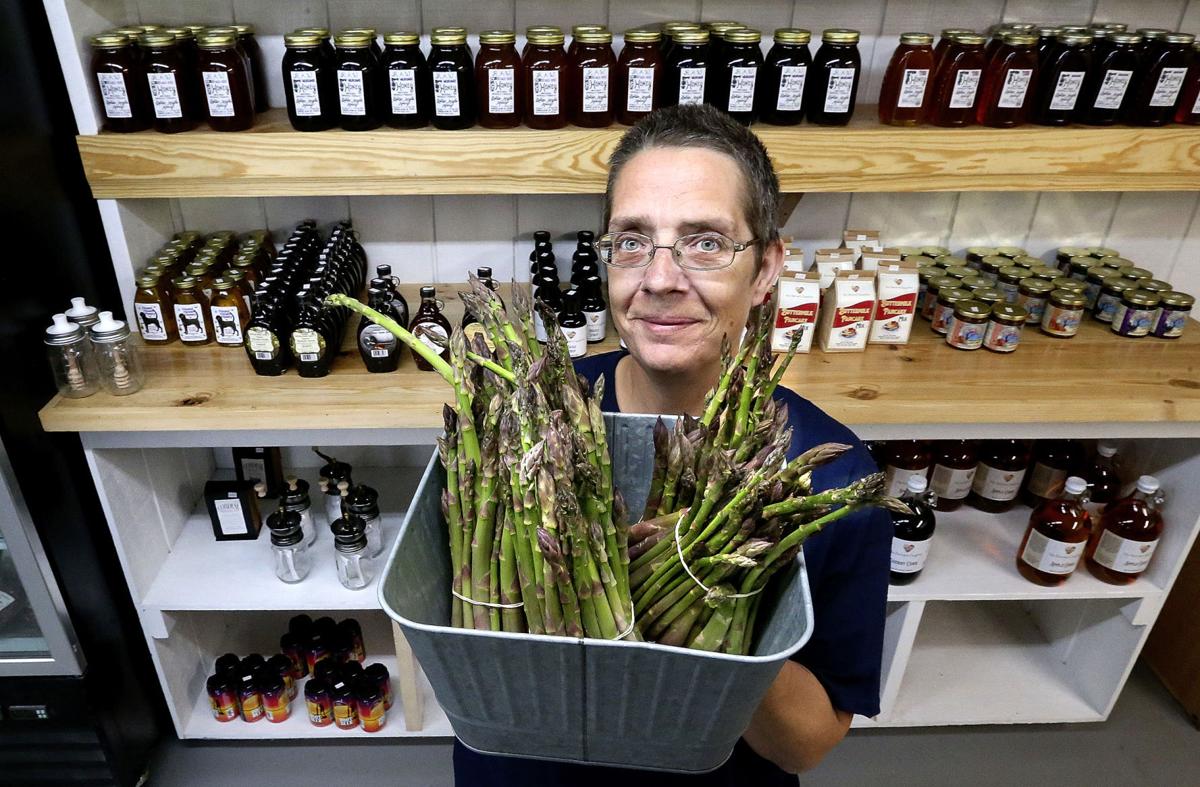 The Farmer’s Daughter employee Samantha Gibson holds a bin of fresh asparagus for sale at the market in Boyce on Thursday.

Scott Donnelly is the owner of The Farmer’s Daughter at U.S. 50 East and U.S. 340 in Boyce. He is shown with the vine-ripened tomatoes in his store Thursday.

Farmer’s Daughter owner Scott Donnelly will be smoking chicken and ribs each weekend at his market at U.S. 50 East and U.S. 340 in Boyce.

The Farmer’s Daughter employee Samantha Gibson holds a bin of fresh asparagus for sale at the market in Boyce on Thursday.

BOYCE — Scott Donnelly said he had always had the idea of owning a farmer’s market in the back of his mind. Now, after taking over the former Mt. Airy Farm Market, that thought is a reality.

Now called The Farmer’s Daughter, the farm market at 8204 John Mosby Highway (U.S. 50) gives Donnelly and his 14-year-old daughter a set of new dreams and aspirations to build toward.

Donnelly, a single father, said working the market with his daughter has been one of his favorite parts.

“She’s very active. She runs the register when she can and works all over the market,” he said. “We’re very active with showing sheep and goats, and she’s very active in showing and judging livestock.”

He said his daughter hopes to be a collegiate livestock judge and possibly attend Oklahoma State University in the future. They made the decision to pursue ownership of the market together, he said.

One day, his daughter might take over the market. But they haven’t had that conversation yet, Donnelly said with a smile.

“We’re just getting started,” he said. “I think as a dad, I can give her options and give her the tools to succeed. If she were to choose to take the market over, it would be here for her to do it. It’s about following her dreams and reaching goals.”

Donnelly, who originally grew up in Glade Spring in southwest Virginia, earned a degree in dairy science from Virginia Tech. After college, he started in the construction business and decided to move to Clarke County in 2000. He said he chose Clarke County off a map while looking for a small town that could put him close to an airport.

Although he still works in construction, Donnelly said that when his friend and the market’s former owner, Billy Eyles, decided to sell the market, he couldn’t pass it up.

“It’s something I’ve always liked and been interested in. It was something where I wanted to diversify, and I thought it was important to have this,” Donnelly said. “Not only for people to shop and get some stuff that they can know the history of, but also to help out some local folks and merchandise their products.”

Most of his products are local. For example, the asparagus comes from a woman who lives up the road from the market, the heads of lettuce come from a one-man operation in Stephens City and wood carvings come from a crafter in Berryville. He also stocks other local produce, cheese, milk, chips, sauces, jellies and baked products.

The market also features a meat case, and Donnelly smokes select meat such as pulled pork throughout the week and chicken and ribs on the weekends.

Donnelly said he hopes to continue the longstanding tradition of farmers markets being a community hub for personal interaction.

“I think especially during COVID, we’ve gotten into such a personal disconnect. I think farmers markets still provide ways to get to know each other on a first-name basis,” he said. “You look forward to seeing your friends and community acquaintances at the farmers market. I think that’s super important.”

That includes being honest about where the food comes from and how it’s produced.

“Honesty takes you a long way,” he said. “I don’t tell anyone anything but the truth about what I know about where my products came from and how they were grown. I think people still respect honesty.”

The market is open year-round. Current hours are 10 a.m. to 6 p.m. Tuesday through Saturday and 11 a.m. to 5 p.m. Sunday. The market is currently closed on Mondays.

For more information about The Farmer’s Daughter, visit them on Facebook at facebook.com/thefarmersdaughterlocal.

The Cajun BBQ sauce is awesome!!!