Skip to main content
You are the owner of this article.
Edit Article Add New Article
You have permission to edit this article.
Edit
Login
Home
News
Opinions
Sports
Obituaries
Life
Advertise With Us
Classifieds
Jobs
Events
Digital Replica
1 of 5 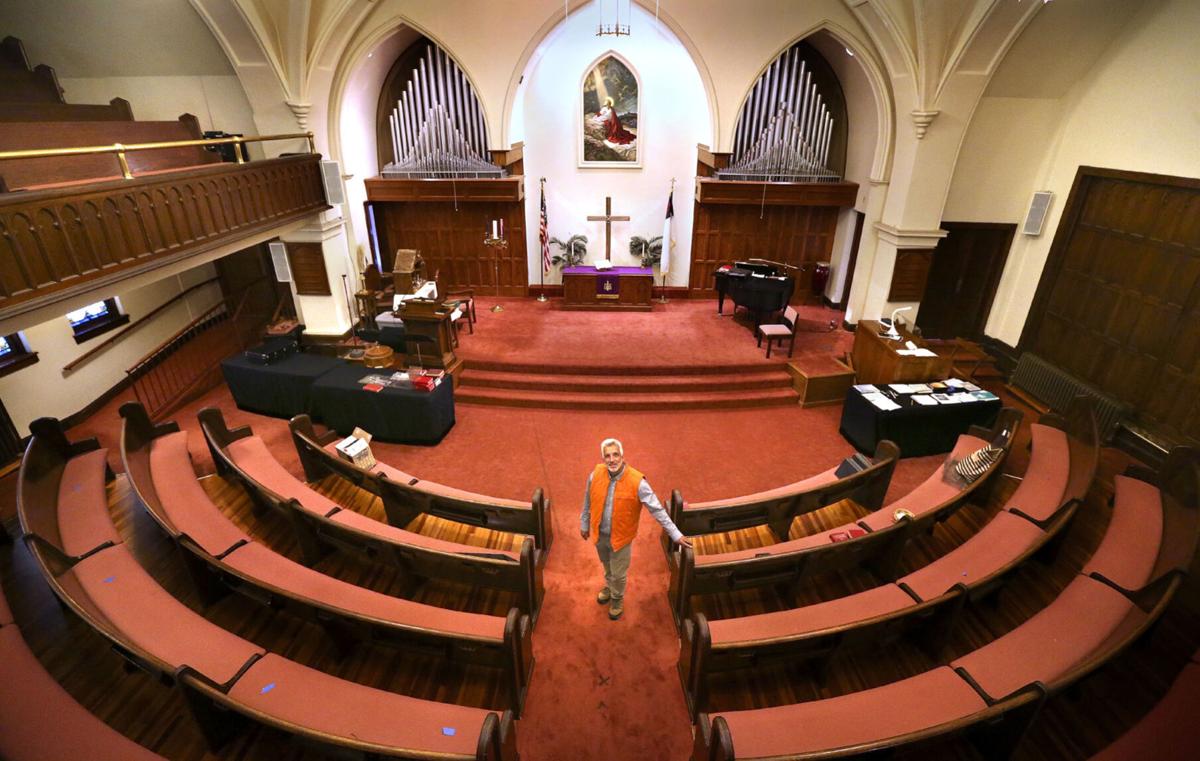 David Rao of Harrisonburg has purchased the First United Methodist Church at 308 N. Braddock St. in Winchester. He is shown in the sanctuary Tuesday. 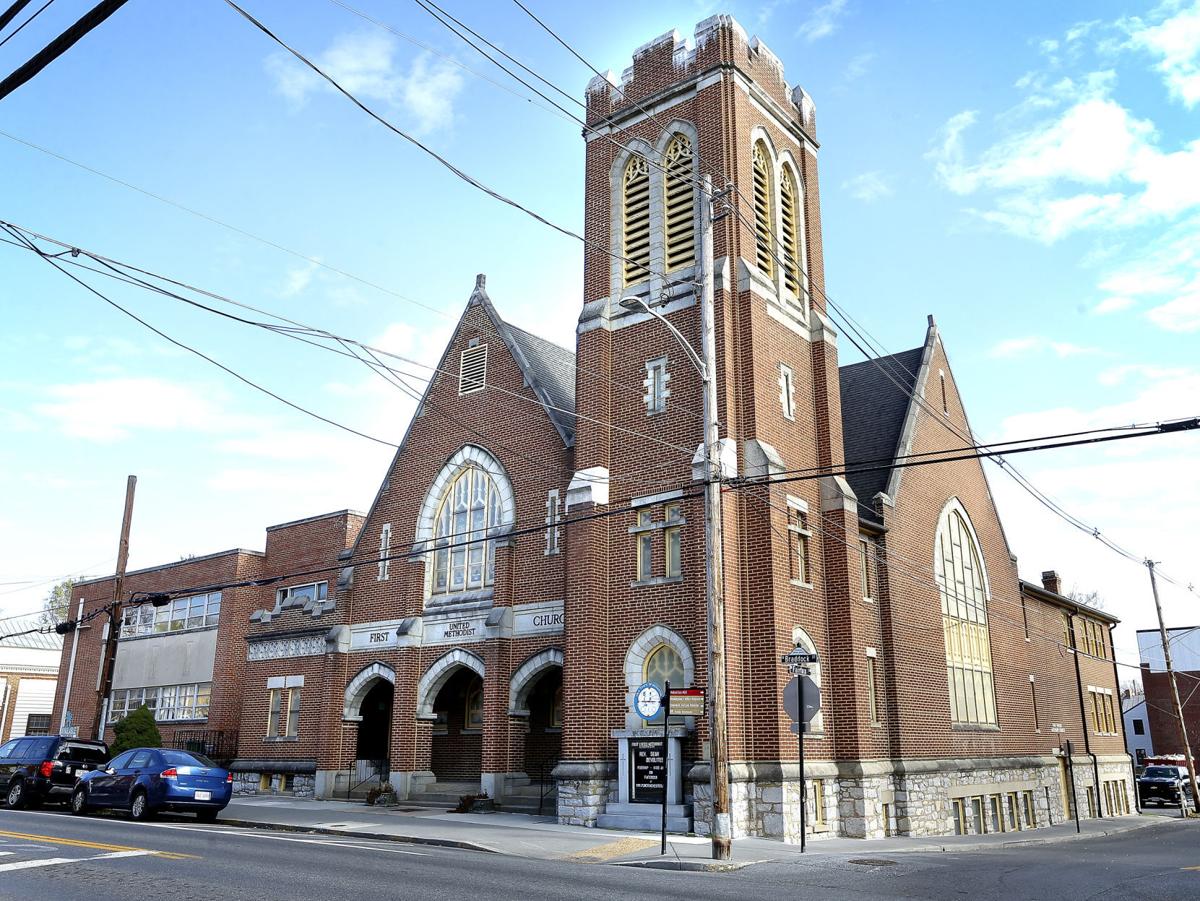 The First United Methodist Church building on North Braddock Street in Winchester has been sold to David Rao of Harrisonburg for just over $1 million, court records indicate. Rao has said he plans to put apartments in the building. 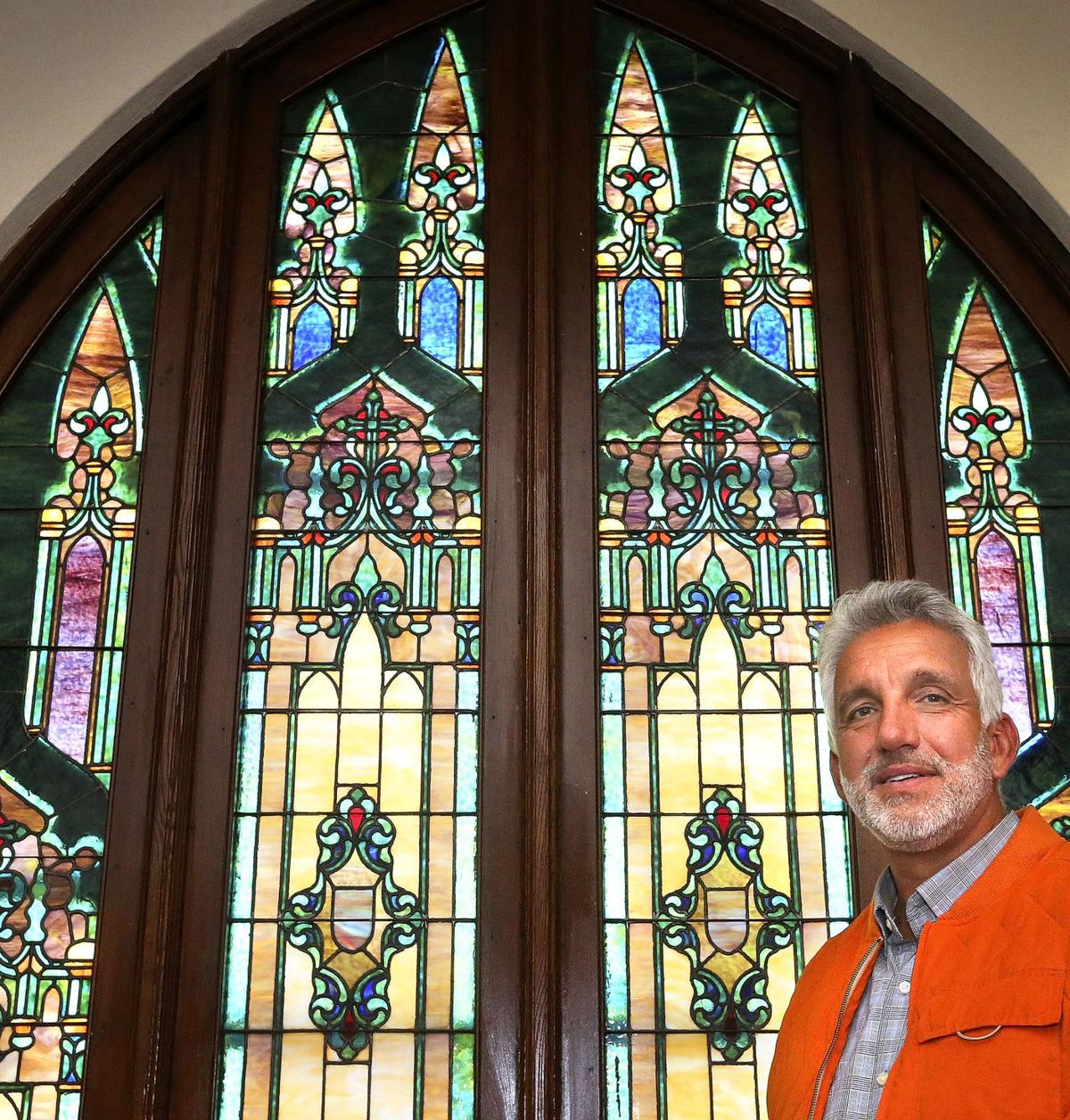 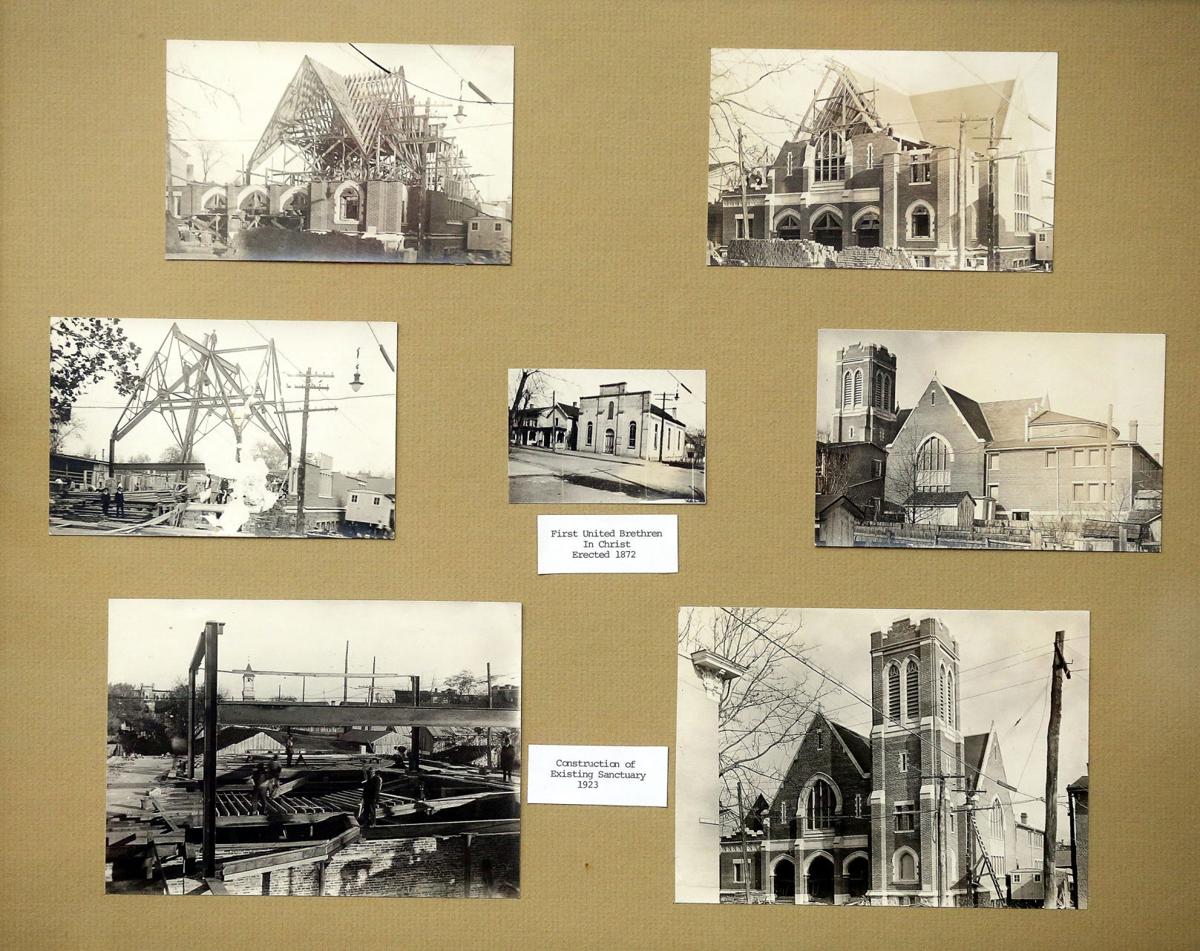 Old photographs showing construction of the First United Methodist Church at 308 N. Braddock Street still hang inside the church. The church was erected in 1872 according to a caption under a photograph. 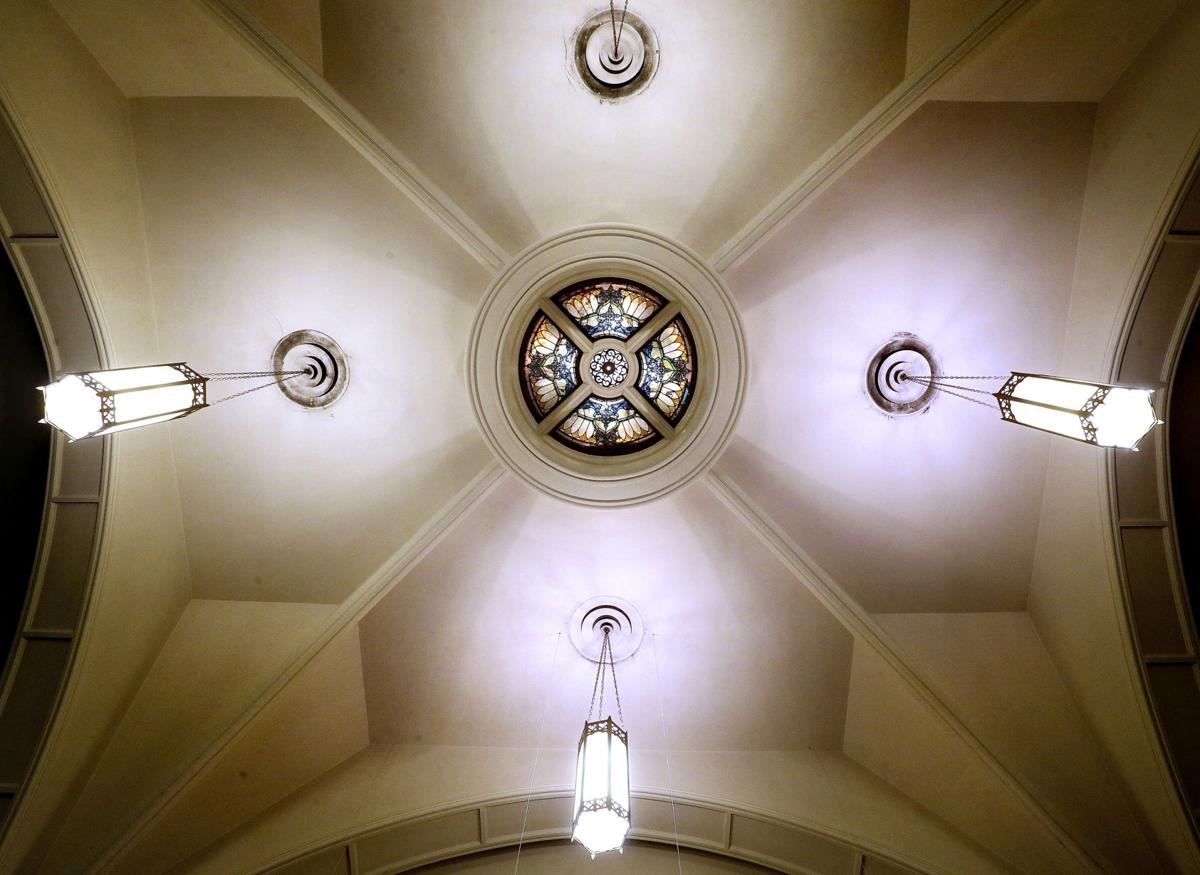 The ceiling inside the sanctuary at the First United Methodist Church.

David Rao of Harrisonburg has purchased the First United Methodist Church at 308 N. Braddock St. in Winchester. He is shown in the sanctuary Tuesday.

The First United Methodist Church building on North Braddock Street in Winchester has been sold to David Rao of Harrisonburg for just over $1 million, court records indicate. Rao has said he plans to put apartments in the building.

Old photographs showing construction of the First United Methodist Church at 308 N. Braddock Street still hang inside the church. The church was erected in 1872 according to a caption under a photograph.

The ceiling inside the sanctuary at the First United Methodist Church.

This story has been corrected to state that WATTS is currently using a portion of the church for a thermal shelter.

WINCHESTER — David A. Rao is about to become the proud owner of a church. Now he just needs to figure out what to do with it.

Officials at First United Methodist decided on Oct. 15, 2019, to sell the building in downtown Winchester in order to build a new sanctuary on land it owns at 362 Apple Pie Ridge Road in Frederick County, near James Wood High School.

That church has not yet been built, even though the congregation stopped using the downtown Winchester facility in March 2020. Since that time, members have held weekly worship services in a covered pavilion on their Frederick County property.

The original asking price for the downtown church was $1.6 million, which was subsequently reduced to $1.2 million. When it failed to sell, Rao made an offer that church officials accepted. He declined to divulge the amount of the offer but said it should give First United Methodist enough money to build a new church. The deal is expected to close in January.

During a tour of the former church on Tuesday morning, Rao said most of the building — the parts that accommodated offices and classrooms — will most likely be converted into one-bedroom and efficiency apartments geared toward working adults.

“A lot of people want to live in an environment where they park their car ... and walk to dinner, get a drink, get a cup of coffee,” Rao said. “We’re a block from the [Loudoun Street] Mall.”

However, he has no idea what to do with the former sanctuary that still includes pews, a pulpit, stained-glass windows, a balcony, a large wooden cross, stacks of hymnals, a piano, a pipe organ and more.

From floor to ceiling, the sanctuary is about two stories tall and is by far the largest single feature in the 26,385-square-foot building.

Rao’s initial ideas for the space include a micro-brewery, restaurant or performance venue, but nothing has been decided. Ultimately, he said he wants something that can generate revenue while still being respectful of the building’s original purpose as a place of worship.

A portion of the vacant church is the current home to the Winchester Area Temporary Thermal Shelter (WATTS). Rao said it's in the purchase contract that WATTS can finish out the season at the church. If the nonprofit is interested in returning to the former First United Methodist building next winter, Rao said he would consider the request if development of the property allows because he wants to be a good community partner.

For now, Rao said his priority is speaking with anyone with an idea for operating a business in the former church’s sanctuary. He can be reached during business hours at 540-442-6420.

I am sure it will be some type of housing but not affordable for this area.

Our local Government would not let that happen.

Brian Brehm, the First UMC congregation stopped using this building when they put it on the market in late 2019 and were meeting at James Wood Middle School until the COVID pandemic forced the Virginia Annual Conference to close in person worship. Most churches put their services online and when the Conference allowed churches to meet in person is when First UMC began meeting at their pavilion on Apple Pie Ridge where their future church will be built one day.

This is the Methodist church I was raised in. Sunday school, summer vacation Bible school, and I sat for many sermons from those beautiful curved pews. I am no longer a Methodist. I am no longer a Christian. I am no longer a theist. I am a Humanist. I have liberated myself from the patriarchal, homophobic ( I am gay), dogmatic, faith based and wrong philosophy promulgated by this and most other churches. My first thought was to turn it into a gay club, just to spite the homophobia taught here and which is now causing a schism in the United !! Methodist church. But then I realized the Winchester area could not support such a business even there are NO gay clubs in the area. It would be a wonderful performance space, perhaps for Shenandoah University as a recital hall and for stage productions. Or, perhaps Handley Library, cattycornered to the property could expand into this "glorious" space. What a wonderful reading room it would make. Remove the impossibly white Jesus image on the wall and it could be an English Victorian / gothic room with its height and beautiful stained glass windows. But the Library already has a similar space under its proud dome. Or, it could be decommissioned as a religious space with some sort of irreligious exorcism-like ceremony and City Council could meet there in a grand inspiring pubic space with lots of seating for the public. But, in reality, it may be, sadly, deconstructed: windows and curved pews sold, and rebuilt inside into two floors of offices or condos. THe last thing I hope becomes of it is that it becomes another church. Another space for teaching false dependency on a surrogate father figure, learned helplessness; a male centric, homophobic, racist-promoting, fantasy, anti-science lecture hall like it was when I was growing up.

I am sure that Mr. Rao would welcome you renting the space to make your visions come true. Talk is cheap, slowe. Let us see you do something other than whine on these pages.

AS a humanist its a bit odd you take your experience and cast a bigoted view on the millions that find the complete opposite of what you alledge ot have experienced. But then it wasnt really about "science" proving anything incoherent. You couldnt find a group to affirm you. And Christ didnt come to affirm but to transform. And maybe thats what bothered you. But i forgive you. Learn that concept some day. Cheers

It is not bigoted if the view is based on observed facts and lived experience and history. Those millions have been mis-taught, dupped into a belief system to satisfy certain emotional needs. I don't need your forgiveness. Forgiveness is highly overrated anyway. I, rather, learn from mistakes and distance myself from those who harm. Cheers to you.

Humanism has bestowed on you some peculiar privileges. You claim to know that others were "mistaught"? Well, do tell what the "right" scripture was. Surrendering procreative gift because you claim to be defined by urges? Do tell this extensive study where you, a former Methodist you know that millions have been "mistaught" ? Humanism is a strange thing for you to calim to be given that religion has always been part of human existence. But hey, youre happy ,right. Cheers

It will be good for everyone to get this property back on the tax roles.