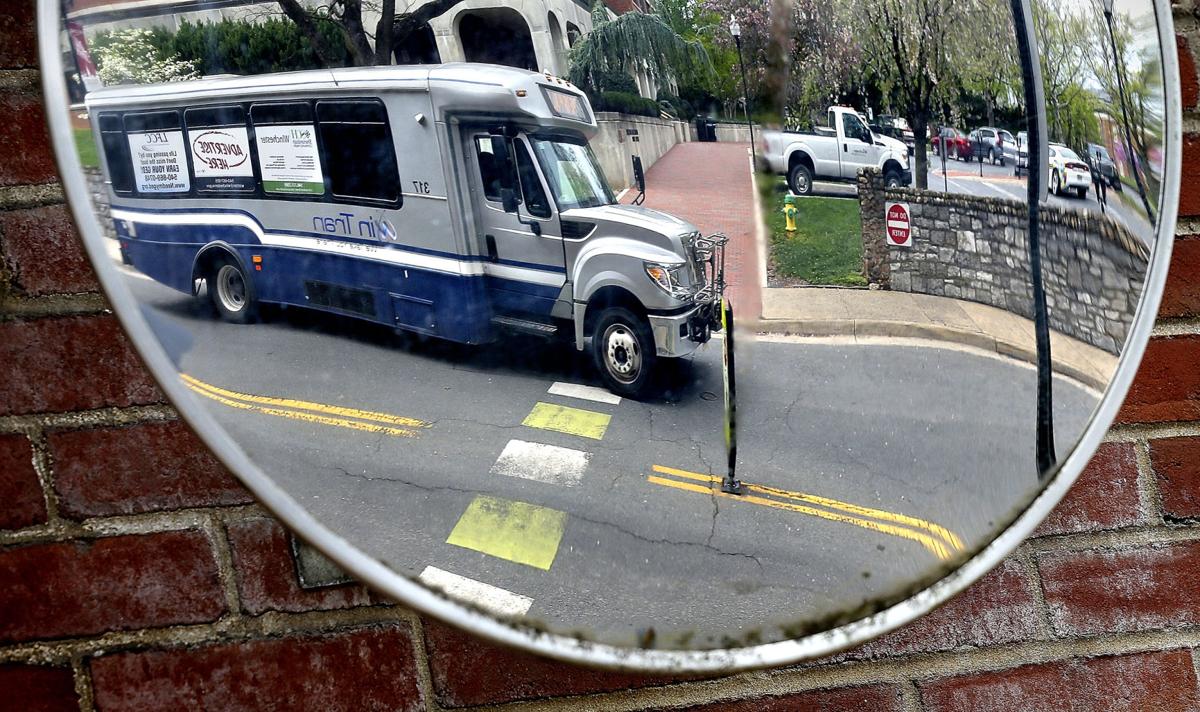 A Winchester Transit bus is reflected in a convex mirror mounted to the Court Square Autopark as it passes the Joint Judicial Center in Winchester Thursday.

A Winchester Transit bus is reflected in a convex mirror mounted to the Court Square Autopark as it passes the Joint Judicial Center in Winchester Thursday.

Beginning July 1 and continuing for two years, WinTran will not charge fares to its bus passengers if City Council gives its blessing when it adopts the fiscal year 2022 budget next month.

City Manager Dan Hoffman said that’s because federal subsidies for the city’s transit program will be high enough to operate the fleet of public buses for the next 24 months at no cost to the city. In FY2022, that is expected to save Winchester a total of $324,700 in local dollars that otherwise would have been needed for transit operations.

Currently, Wintran’s ride fares are $1 for adults and 50 cents for students, seniors, people with disability and Medicare recipients. Children under the age of 2 ride for free, and route transfers are offered at no charge.

In addition to passenger buses that run Monday through Saturday, WinTran also offers service on an open-air trolley. A second trolley that is owned by the city and only used by the Winchester Parks and Recreation Department may have a new home when FY22 begins on July 1.

“The city and the Parks and Recreation [Department] realized they don’t need it anymore,” Winchester-Frederick County Convention and Visitors Bureau (CVB) Executive Director Justin Kerns told the Tourism Board on Thursday morning.

The CVB is currently considering the city’s offer to take over trolley operations.

“I think we could increase the amount of usership,” Kerns said.

Kerns added that he and Hoffman are continuing discussions about the trolley’s future, and he hopes to know more in the coming weeks.

If the CVB assumes oversight, it’s possible the trolley could also be rented to groups that want to tour the Winchester area. However, that option would hinge on whether a for-profit company already offers a similar sightseeing service.

“We don’t want to interfere with someone running a private business,” Kerns said.

For more information about WinTran and the city’s trolley, visit winchesterva.gov.