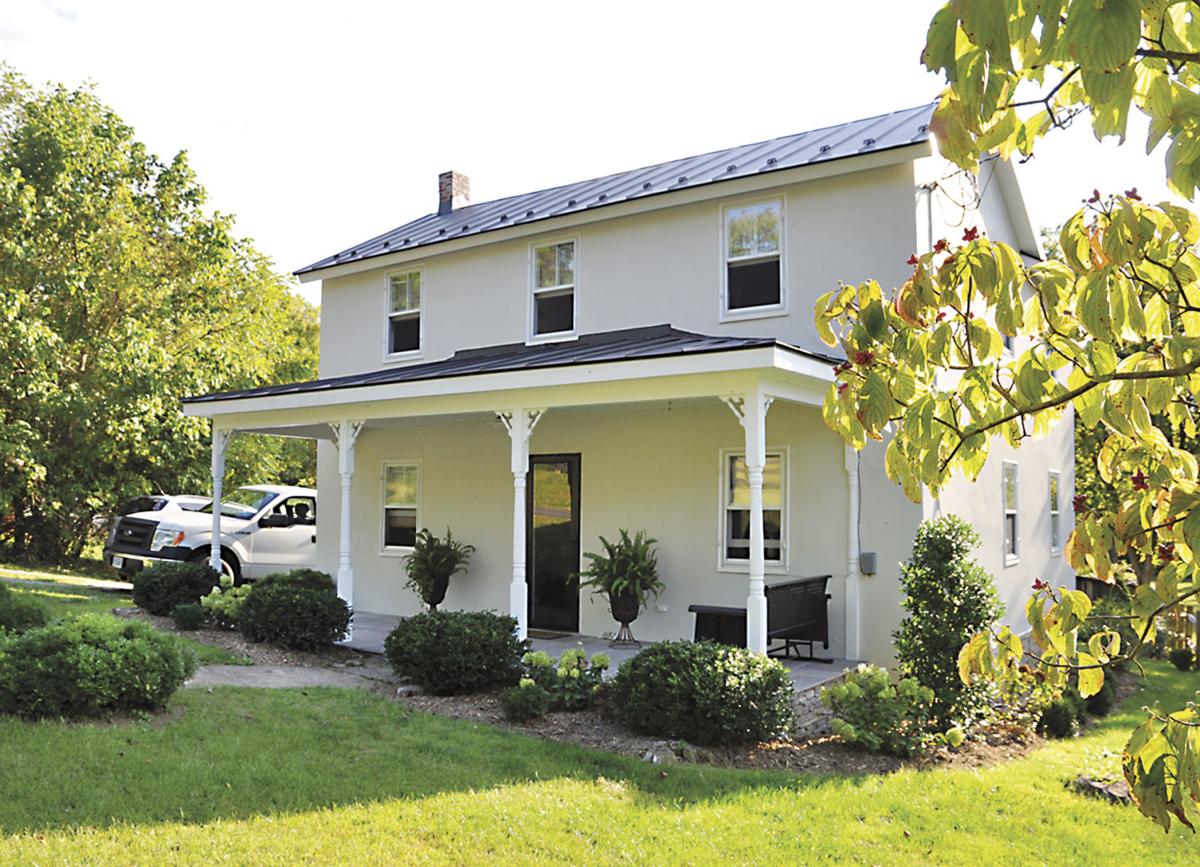 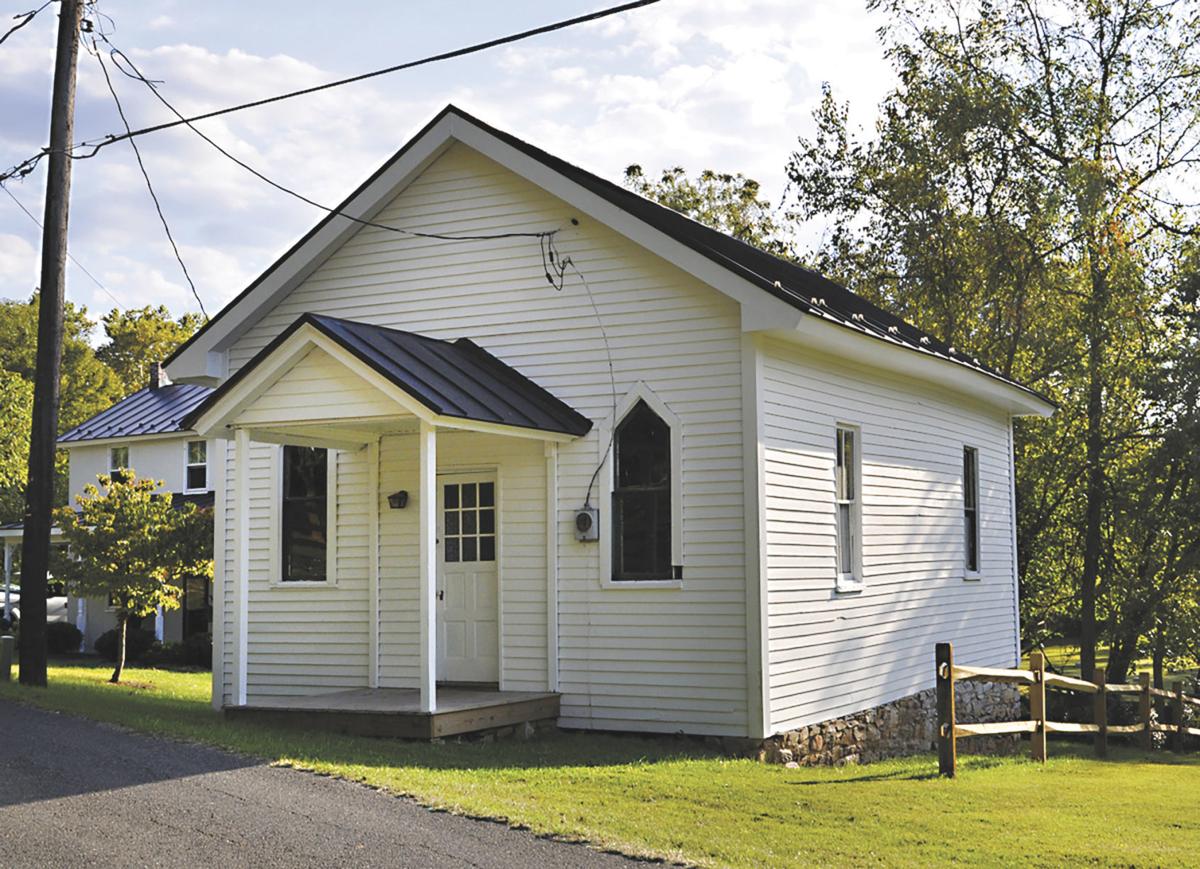 The Love and Charity Chapel is the recipient of a Clarke County Historic Preservation Commission preservation award.

The Love and Charity Chapel is the recipient of a Clarke County Historic Preservation Commission preservation award.

The HPC postponed its annual May awards luncheon because of the COVID-19 pandemic and will host a reception later this year to celebrate the 2020 award recipients, who are: Matthew Hannan, Josephine and Steven Fleming, Bill and Anne McIntosh, and Jay Hillerson.

Certificate of Merit for the rehabilitation of 1682 Millwood Road, Millwood, and the Love and Charity Chapel

Hannan purchased the property at 1682 Millwood Road in Millwood in 2013, when the house — built around 1910 by Philip and Mary Randolph — had been vacant for more than a decade. Sensitive to historic preservation, Hannan rehabilitated the house to meet modern standards while retaining all its integrity, including exterior treatments, windows, interior trim, and woodwork. In 2017, he purchased an adjoining property: the former Love and Charity Chapel. It, too, had been vacant for several years and was on the verge of collapse because of water damage and neglect. Built around 1907 as an African-American Baptist church, it was later used as a dance hall, and then again as a church. Hannan removed inappropriate alterations and returned the chapel to its former glory. He plans to invite the Millwood community to use the space for events as needed.

Certificate of Merit for the rehabilitation of 169 John Mosby Highway, Boyce

In 2016, the Flemings purchased a property commonly referred to as the Goat House, and they have since sensitively restored one of Clarke County’s most iconic houses. Located at Ashby’s Gap on the south side of U.S. 50, its construction was long attributed to one of the area’s earliest settlers, Thomas Ashby. In fact, the house was built by the O’Rear family in 1790 and enlarged in 1800. The O’Rear family retained ownership of the land until 1880. The one-and-a-half story log dwelling with its low profile, integral front porch, and exterior-end stone chimneys is typical of 18th century vernacular log houses of the region. The Flemings have meticulously renovated the house while maintaining its historic character, including its bucolic setting with a large pond atop Ashby Mountain. Thanks to the Flemings’ hard work and commitment to historic preservation, motorist traveling along John Mosby Highway will enjoy the magnificent view of the Goat House property for years to come.

Certificate of Merit for the rehabilitation of 997 Bishop Meade Road, Millwood

The McIntoshes purchased the house at 997 Bishop Meade Road in Millwood in 2017. Commonly known as the Hummer House, the dwelling had not been updated in many years and required a lot of work. Through careful planning and research, the McIntoshes were able to rehabilitate the late-19th century, vernacular log-and-frame dwelling and bring it up to modern standards while not negatively affecting its historic integrity. Character-defining features such as the windows and the front porch with scroll brackets were retained. The McIntoshes utilized State and Federal Rehabilitation Tax Credits, and followed the Secretary of the Interior’s Standards for the Treatment of Historic Properties. The Hummer House is now a rental property and continues to contribute to Millwood’s historic streetscape.

Hillerson has been involved with historic buildings for decades. As founder and longtime owner of Clarke County Roofing and Guttering, he worked on some of the most historically significant buildings in the region, and he has renovated several historic buildings of his own. Hillerson has also provided the Clarke County Historic Preservation Commission with invaluable assistance on many of its preservation projects over the years. Most recently, his expert advice was critical in securing the Civil Rights Grant for the reroofing of the Josephine School Community Museum. Hillerson’s willingness to help and offer professional insights on construction issues in the county is immeasurable. Hillerson is the 2020 Lifetime Achievement Award recipient because of his significant contributions — both actions and advice — over many years in order to protect historic resources in Clarke County.

“When people hear the term ‘historic preservation,’ they too often think only of big, grand houses such as Carter Hall, Fairfield, or Saratoga,” said Betsy Arnett, chair of the Historic Preservation Commission. “While those houses are important, it is the modest homes, churches, schools, and commercial buildings that reflect the history of most people in Clarke County.”

The HPC will announce the 2020 awards reception date as soon as possible.