Led by Region 2B Male Athlete of the Year Ellis Nei, the Eagles boys scored 78 points to finish behind Stuarts Draft (119.5) and Staunton (113). The Clarke County girls (69 points) finished behind Staunton (87)) and Strasburg (71).

Both teams won Bull Run District titles last week. That meet was not a postseason competition, as all athletes who competed in that meet were eligible for the Region 2B meet. For the Region 2B meet, teams were allowed three entries in each individual event and one entry for each relay event.

“All things considered, both teams performed very well,” Clarke County coach Andre Kidrick said in a phone interview on Thursday. “I was actually surprised we did as well as we did. When our kids participated, they did their best.

Clarke County was short-handed due to a parent-organized senior prom that was held for the school’s students on Wednesday. A few girls who had a good chance at adding to Clarke County’s point total either did not participate or left the meet early. The Eagles were also without injured distance runner Ellen Smith. Kidrick said the boys’ team probably would have still finished third at full strength.

“I’m not mad, because the kids last year missed out [on prom],” Kidrick said. “Parents, kids, all of us are looking for some sort of normalcy, and the prom is a normal thing. I would have loved to have a full complement of people to see what would happen, but it is what it is.”

The top four people in each regional event qualified for the Class 2 state meet on June 19 at James Madison University.

Nei, a senior, will be competing in three events after the latest in a season of spectacular performances, which includes school records in the high jump (6-5.25) and 110-meter hurdles (15.22).

“I’m very excited for Ellis,” Kidrick said. “He’s a good kid. He’s a pretty good overall track athlete who can do multiple events, and that showed in districts last week, and in regionals.”

“I like this boys’ team because a lot of them are friends,” Kidrick said. “They came together and they work hard together. They go all out.”

“[Beard’s] work ethic and competitive spirit have not surprised me at all,” said Kidrick, who has known Beard since middle school as a result of being the athletic director at Johnson-Williams. “I didn’t realize she was as fast as she is. If she works on her technique, she’s going to get even faster.

“Her and Teagan are almost like two peas in a pod in terms of work ethic. And they enjoy the spirit of competition.”

Murray also qualified for the state meet in the shot put (second with a 32-0).

“She just started doing it about three weeks, a month ago. I was making fun of her a little bit. She’s very athletic, but when throws she just does not look athletic,” said Kidrick with a laugh. “But she had a great performance.”

Kidrick said the girls have also been a pleasure to work with.

“They always go out and take care of business,” he said. 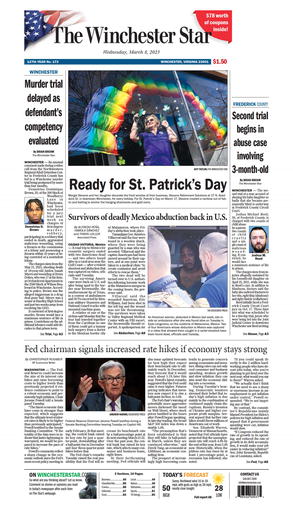