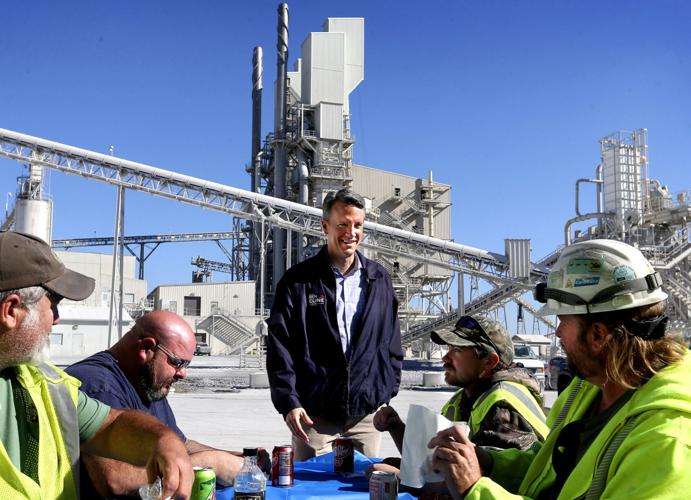 U.S. Rep. Ben Cline (R-6th) meets with employees of Carmeuse Lime and Stone in Clear Brook Thursday. Behind him are vertical kilns for the limestone mine. 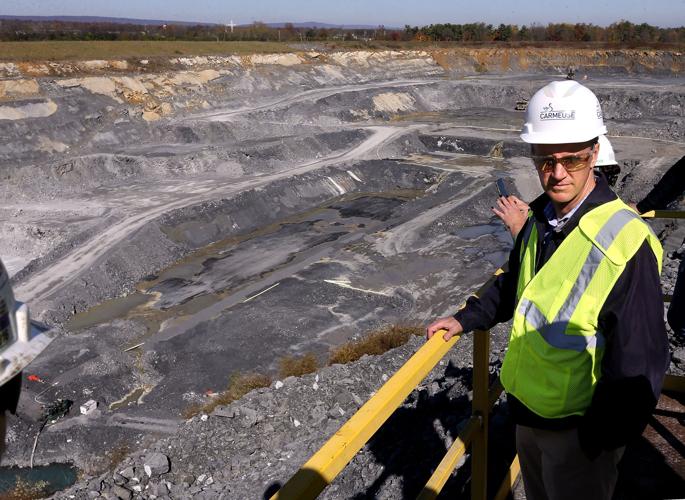 U.S. Rep. Ben Cline (R) listens as the mining operation is explained to him at Carmeuse Lime and Stone in Clear Brook Thursday. 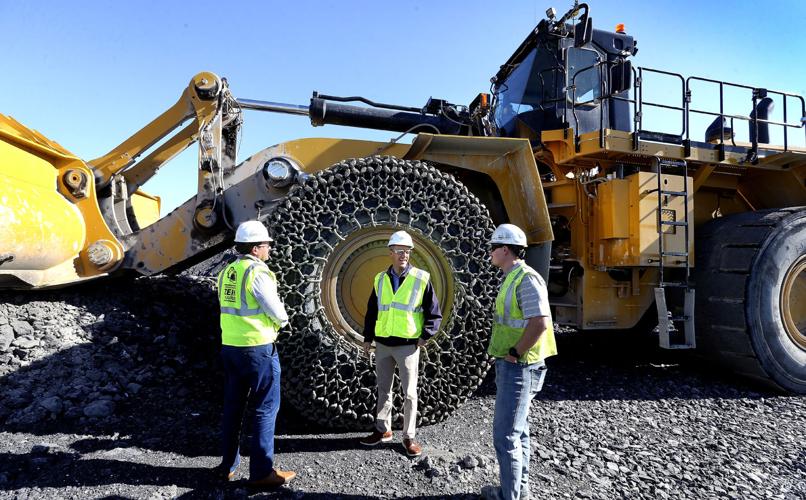 U.S. Rep. Ben Cline (R-6th) meets with employees of Carmeuse Lime and Stone in Clear Brook Thursday. Behind him are vertical kilns for the limestone mine.

U.S. Rep. Ben Cline (R) listens as the mining operation is explained to him at Carmeuse Lime and Stone in Clear Brook Thursday.

Cline, the incumbent 6th Congressional District representative from Botetourt County, is seeking election to this third term on Tuesday. He is being challenged by Democrat Jennifer Lewis of Waynesboro.

Redistricting has changed political maps across the U.S, and the tour marked an example of Cline familiarizing himself with industries that loom large in the local economy.

Among the maze of internal mining roads, stockpiles and silos at Carmeuse’s Clear Brook operation, Cline lunched with quarry operators.

Cline, who is in a rematch with Lewis — he won the 2018 race against her with just under 60% of the vote — has hit the campaign trail in major cities in the 6th District in recent weeks, including Roanoke, Lexington and Harrisonburg, but he has also turned his attention to the Winchester area, which will officially become part of the 6th District in 2023. The newly redrawn district runs from Frederick County to Roanoke along the Interstate 81 corridor.

“Following the addition of Frederick County and Winchester City to the Sixth District in the 2021 redistricting process, Rep. Cline has spent a considerable amount of time in the area to get to know the concerns of the citizens and business community,” Tyler Adams, Cline’s campaign manager, said in a statement.

Tuesday’s visit was an effort to “hear feedback from business owners, employees, and first responders about the representation they would like to see in Washington,” Adams said.

Carmeuse is the latest in a series of companies to mine the limestone-rich tracts east of Interstate 81, with 1,200 acres under contract in Clear Brook, with an eye toward expansion, which some area residents oppose.

The high-calcium limestone is pulverized for use across a score of sectors. It is removed, crushed and added to stockpiles where it awaits freight to job sites. The material has aggregate application and is often sold to the Virginia Department of Transportation for road construction purposes. The kiln control room is where workers monitor the grade and quality of limestone coursing through the conveyors.

In terms of its Frederick County imprint, Carmeuse invested $45 million in 2012 to expand manufacturing, and of special interest for Frederick County, several of the company’s shuttered quarries are a water resource for Frederick Water, which provides water and sewer service to 17,000 customers.

Once the active mine near Clear Brook Park is closed, the total water storage capacity at the shuttered pits will be up to 1.7 billion gallons, Thompson said.

Although the Northern Shenandoah Valley remains in the 10th Congressional District represented by Rep. Jennifer Wexton (D) for the remainder of the year, area voters will cast ballots in the 6th District race on Election Day, which is Tuesday.

Virginia’s 6th Congressional District has been represented by a Republican since 2000.

“I’m glad to have him in this district working with us,” said Del. Bill Wiley, R-Winchester, who accompanied Cline on the tour. He added, “It’s a better fit,” in reference to the redistricting change.