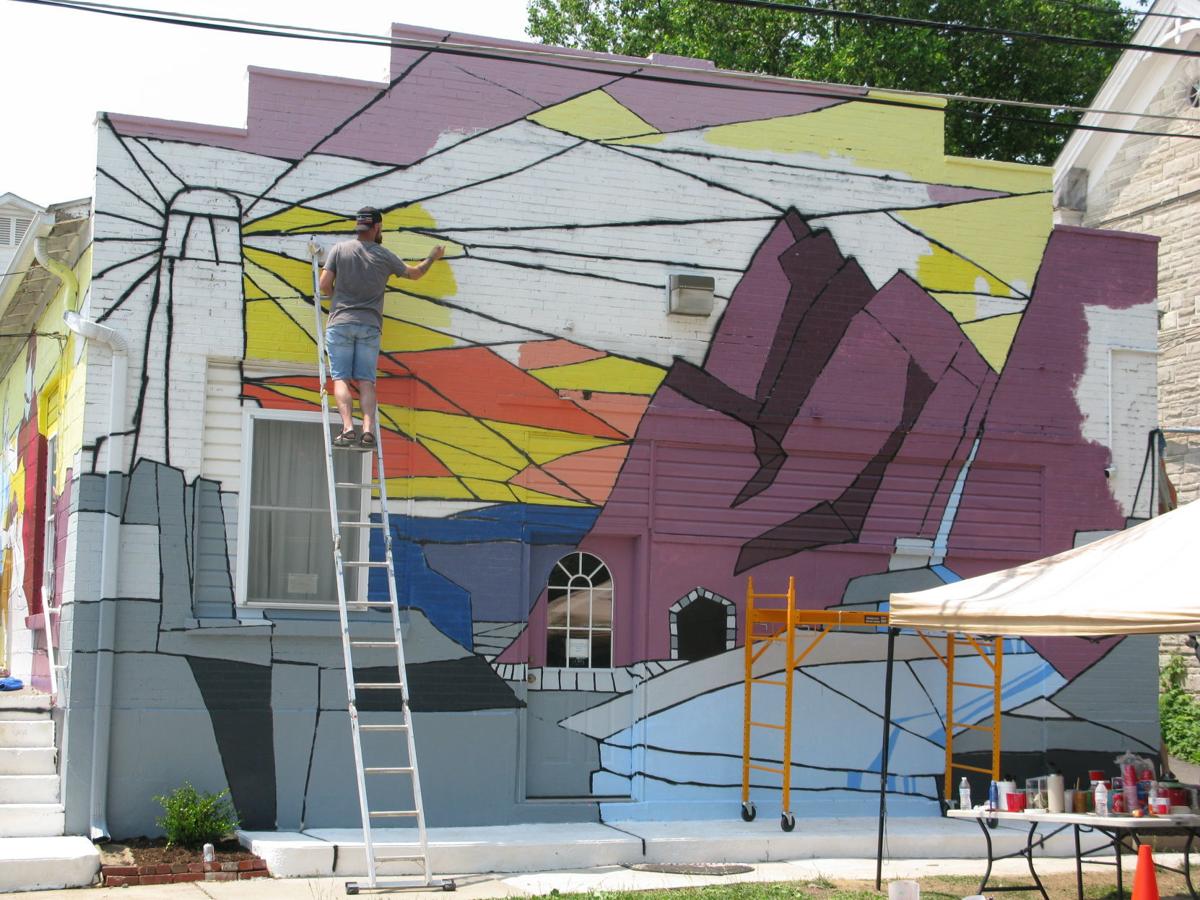 Winchester Rescue Mission Executive Director Brandan Thomas paints in a lighthouse. The lighthouse is also a symbol of the rescue mission, guiding people to a safe place. 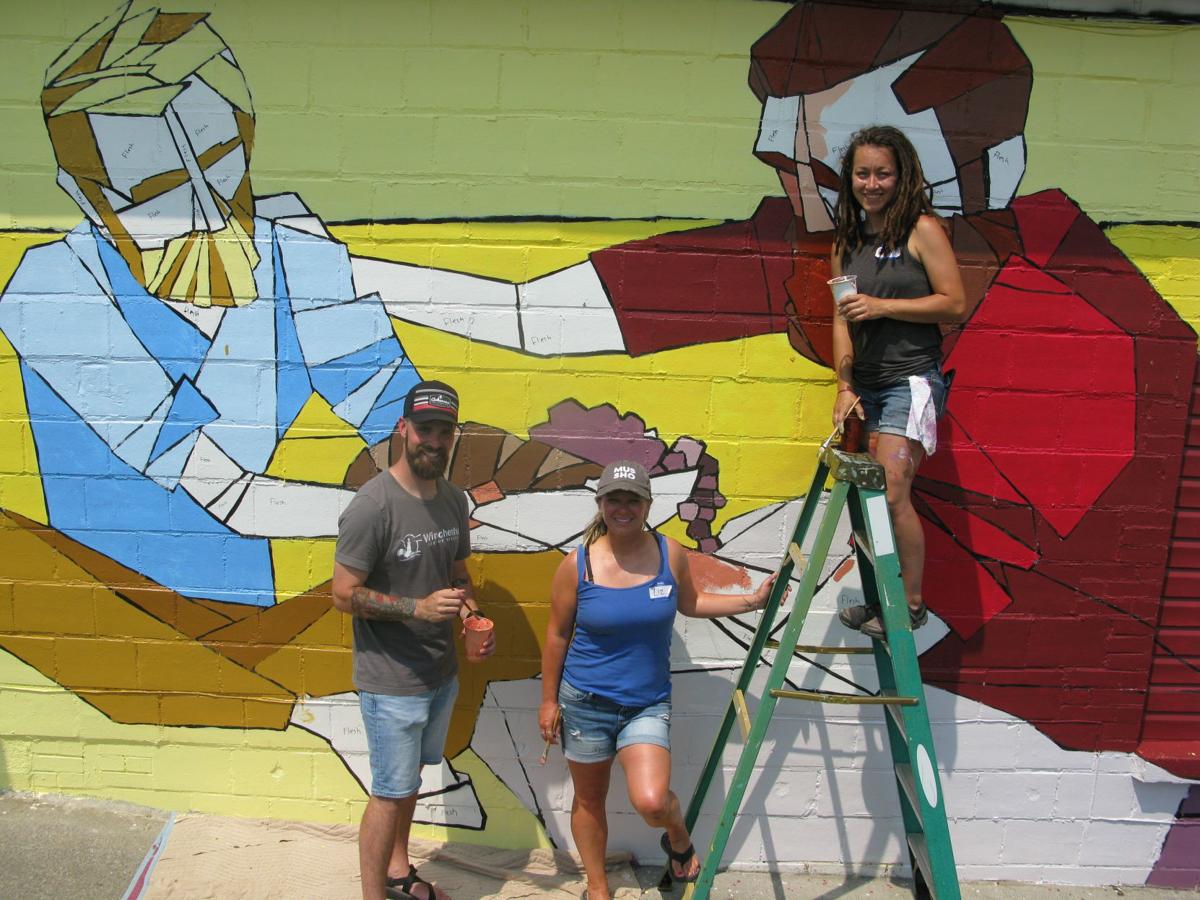 Brandan Thomas (from left), Liz Turner and Sarah Gallahan paint in the image of a sick person being helped. 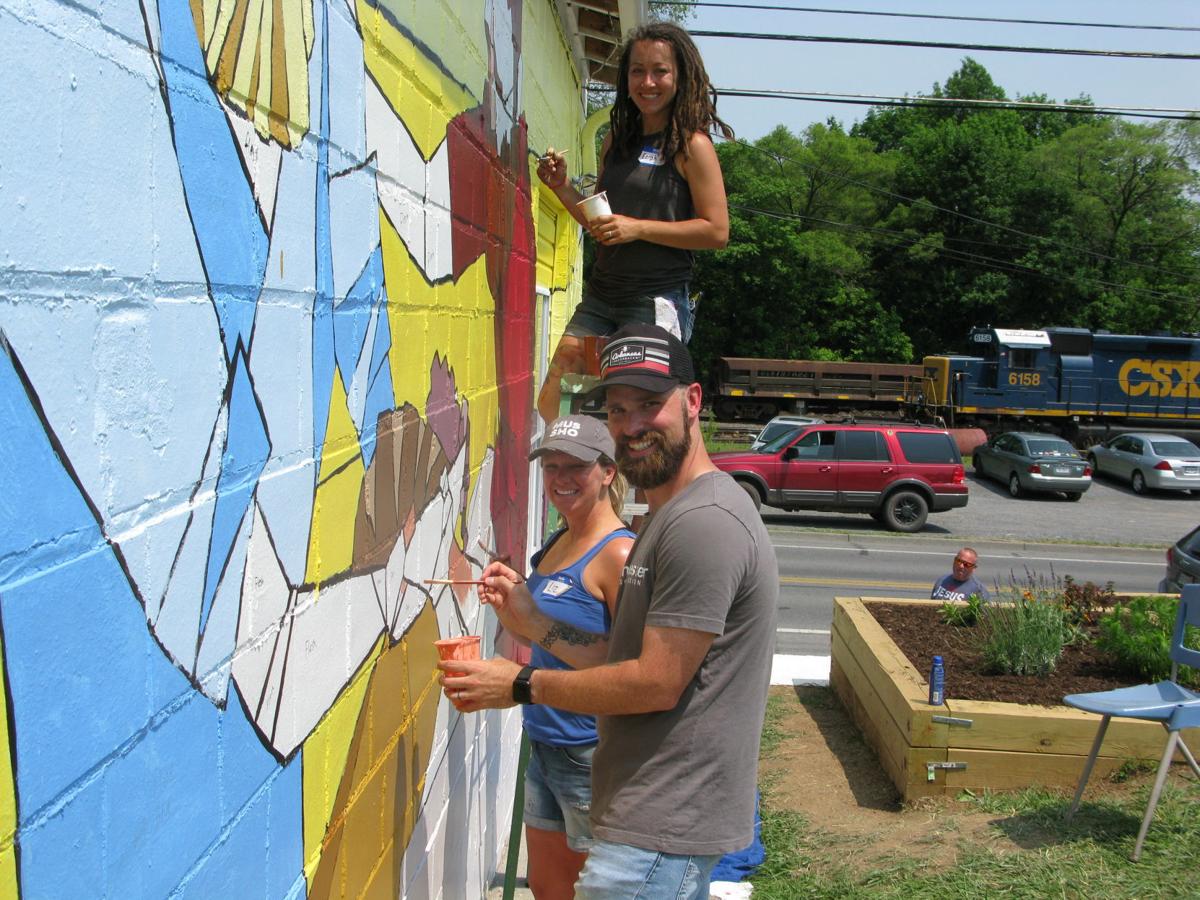 Winchester Rescue Mission Executive Director Brandan Thomas paints in a lighthouse. The lighthouse is also a symbol of the rescue mission, guiding people to a safe place.

Brandan Thomas (from left), Liz Turner and Sarah Gallahan paint in the image of a sick person being helped.

WINCHESTER — The Winchester Rescue Mission at 435 N. Cameron St. got an exterior makeover Saturday as more than 80 volunteers helped paint a mural on the shelter’s walls.

The mural, designed by local artist Sarah Gallahan, depicts several acts of kindness — such as taking care of the sick and providing food and shelter — all services the Winchester Rescue Mission provides. Gallahan started working on the design of the mural in early May, investing more than 40 work hours. On Saturday, volunteers added color to her designs.

“She’s done a lot of work around the area,” said Winchester Rescue Mission Executive Director Brandan Thomas. “She’s very humble. Very talented. We saw her work and her passion, and we wanted to kind of have that.”

The idea to add a mural to the shelter came from local resident Liz Turner, who occasionally volunteers at the mission. The shelter’s stark white building did not stand out and people would miss when driving down Cameron Street, she said.

Thomas said most of the acts depicted in mural are inspired by the Gospel of Matthew in the Bible. He said he wanted the mural to reflect the mission of the organization.

Turner said there was a lot of support for the project. Some people offered money to buy the paint and others brought food to feed the volunteers.

“It’s been really exciting watching all of the folks show up and help,” Thomas said. “We’ve had people drive by and stop to see what we are doing. It’s going to be able to help us tell the story of the Winchester Rescue Mission more than a plain white building.”

Any mural I have seen by Sarah Gallahan has been amazing! To come up with a concept for a mural that the community could be involved in and the end product come out looking so professional must have taken a lot of effort to plan!

I wonder when the politicians are going to tell them that they used too many colors.

The artists had permission this time. [angry]

You think you need daddy government's permission to paint your own property?

You need to ask the govt, Mark, don't you know they know better than the rest of us??? /sarc